A Victoria Police officer accused of stomping on an armed robber during an arrest at a pharmacy in Melbourne’s north has admitted the offender was yelling that he could not breathe.

A Victoria Police officer accused of stomping on an armed robber during an arrest at a pharmacy in Melbourne's north has admitted the offender was yelling that he could not breathe.

Senior Constable James Vassilopoulos was investigated by the professional standards unit for using excessive force during an arrest at a Preston pharmacy.

Mr Vassilopoulos was found to have acted lawfully, but later charged by the Independent Broad-based Anti-Corruption Commission with two counts of assault. 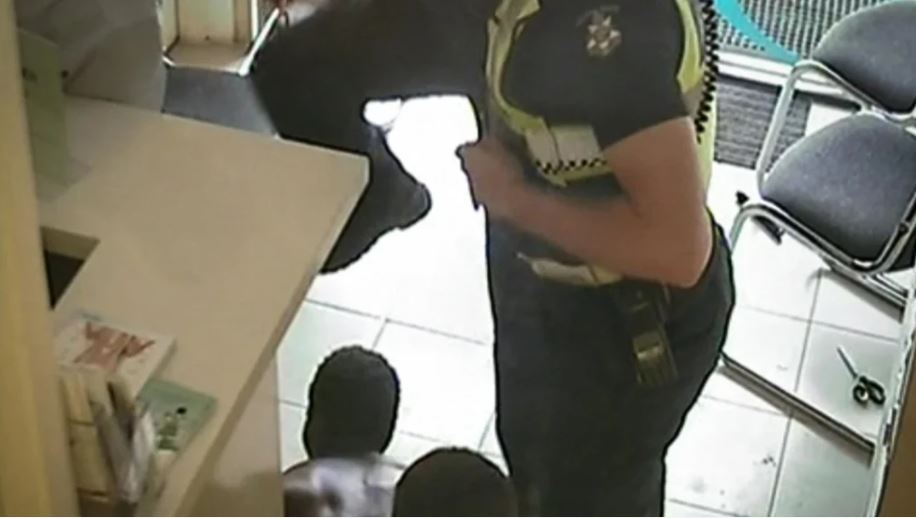 The police officer and his colleagues were called to the High Street pharmacy in 2016 after a psychotic man armed with scissors tried to hold up the store, demanding money and drugs.

Police colleagues say the scene was chaotic and the offender Jeamy Olaa was in a psychotic state, appeared drug affected and was doing everything he could to avoid being handcuffed.

The arrest was caught on camera, with Mr Vassilopoulos seen punching the robber, as well as kicking and hitting him with his police baton and then appearing to stomp on his back. 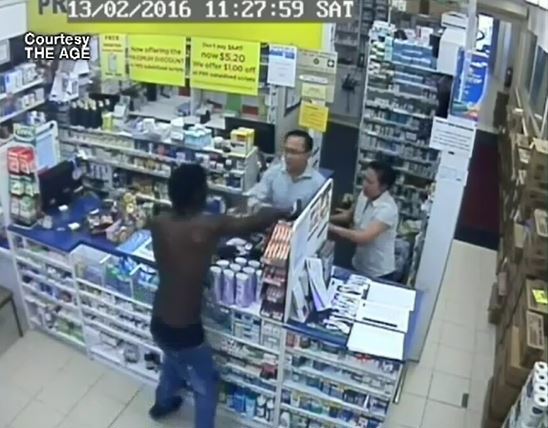 The senior constable in his defence said the offender threatened to kill him and bit him.

He admitted at one stage the robber complained that he could not breathe, so Mr Vassilopoulos offered to call an ambulance for him.

"Yes you can breathe. Do you want me to get an ambulance for you?" the court heard the officer's statement read. 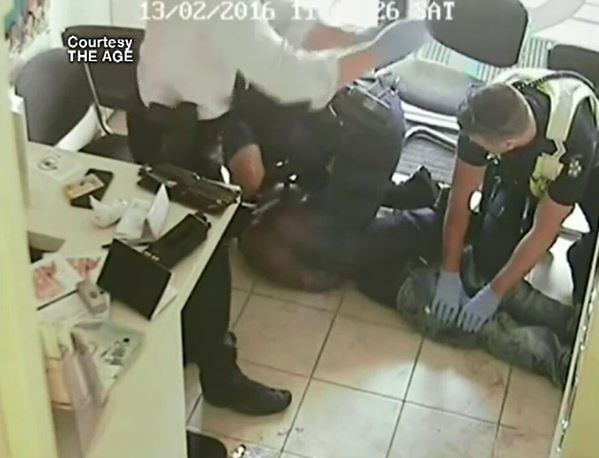 A magistrate will decide if there is sufficient evidence for the policeman to face trial.

The alleged victim was sentenced to more than two years jail for the armed robbery.

The court heard he is still in custody and is refusing to give evidence against the police officer.