A car has rammed into a woman while smashing through a coffee shop in Melbourne’s north-east this morning.

Confronting video has emerged of a car ramming into a woman before smashing into a coffee shop in Melbourne's north-east this morning.

The CCTV, obtained exclusively by 9News, shows a woman standing outside Espresso3094 café on Were Street in Montmorency with her four dogs, before a car slams into her and crashes into the shopfront about 6.50am.

The woman is flung off her feet upon impact and tumbles to the ground, with two of her dogs trapped by the vehicle. 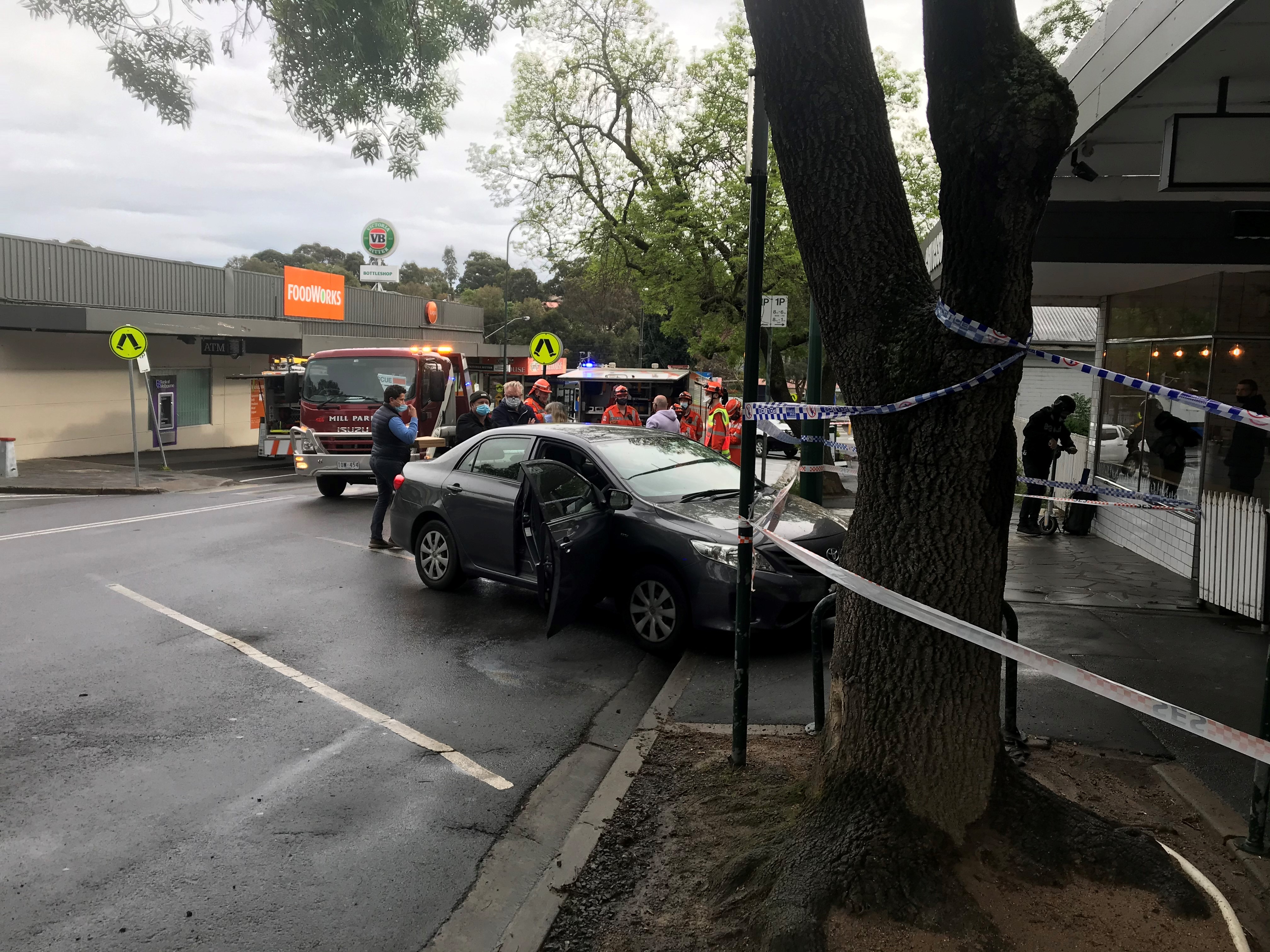 Police believe the driver, a 63-year-old Montmorency woman, accidentally hit the accelerator when reversing out of her car spot, smashing into the woman.

"The car continued and crashed into a shop front, causing minor damage to the front area," a Victoria Police spokesperson said.

9News understands both the driver and the customer hit were both regulars at the café.

Luke Simionato from SES Nillumbik said the woman hit by the car was taken to hospital, but no one else was injured.

Due to COVID-19 restrictions in metropolitan Melbourne, the cafe had only been doing takeaway service.

"The driver was definitely in a state of shock after an incident like this," Mr Simionato said.

"Fortunately, the vehicle kept them safe. There was quite significant damage to the front of the shop." 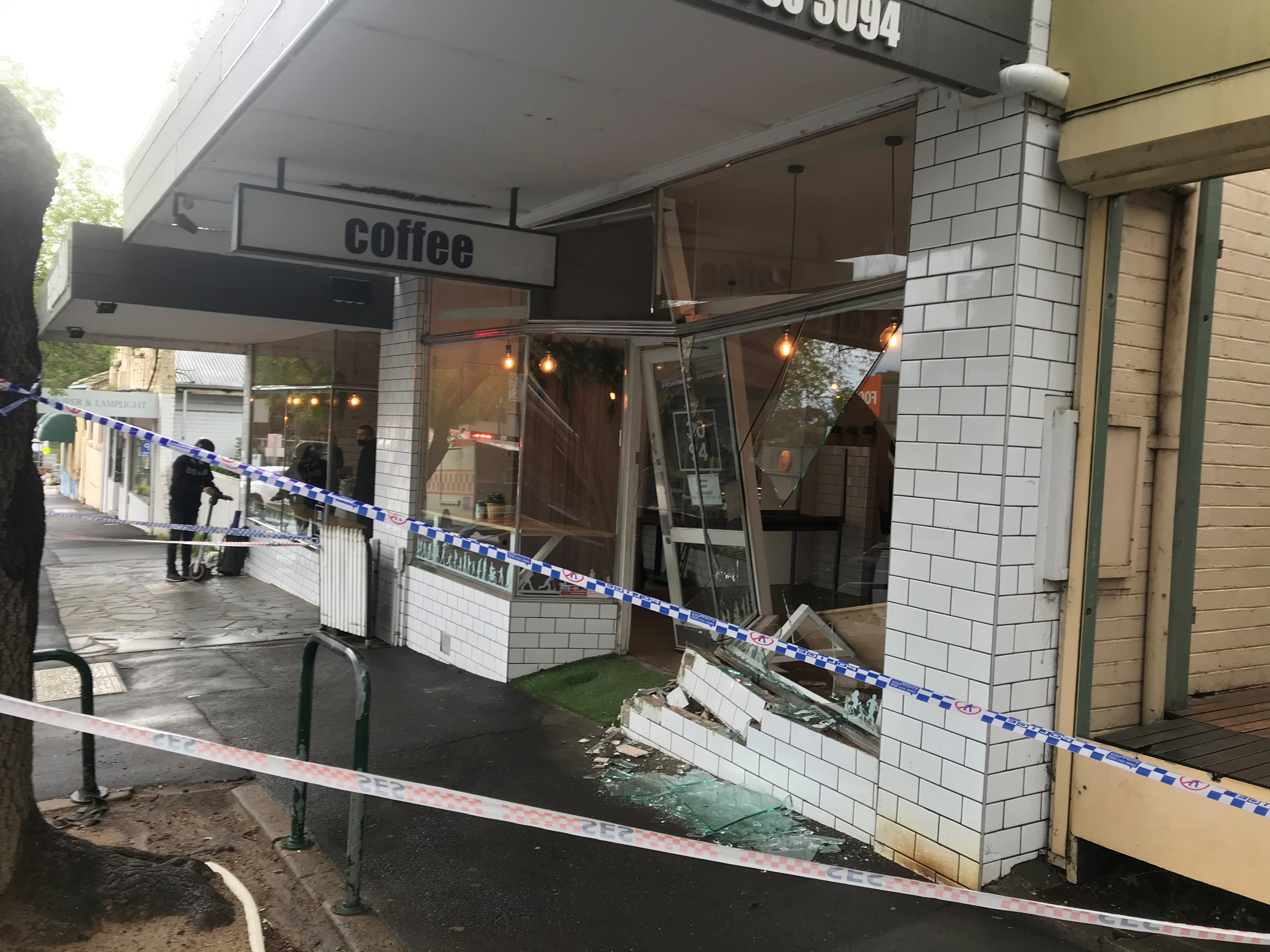 A cafe attendant who witnessed the crash told 9News she heard screams and glass shatter as the car rammed the shopfront.

"We just heard screaming and the glass breaking," she said.

"There was blood on the ground."

The driver stopped at the scene and was issued with a $397 penalty notice for careless driving.

READ:  No new community transmission of coronavirus in NSW

The woman hit was taken to the Austin Hospital with minor injuries.

Espresso3094 owners Alex and Cathy Kamvissis in a statement said the cafe was still open for business in accordance with Melbourne's lockdown requirements.

"We want to thank members of our local community for springing into action in response to this morning's car accident at our cafe," they said.

"We are thinking of the woman and her dogs injured in the accident and send our best wishes for a quick recovery."