Victoria has been hit with a cold snap, bringing snow, severe winds and rainfall across the state.

Snow has fallen in parts of Victoria as the state was battered with rain and harsh winds.

This morning was particularly icy, dropping to about 8C in the coldest start to the day since October last year.

Temperatures plunged down from 30C on Thursday to 16C yesterday. 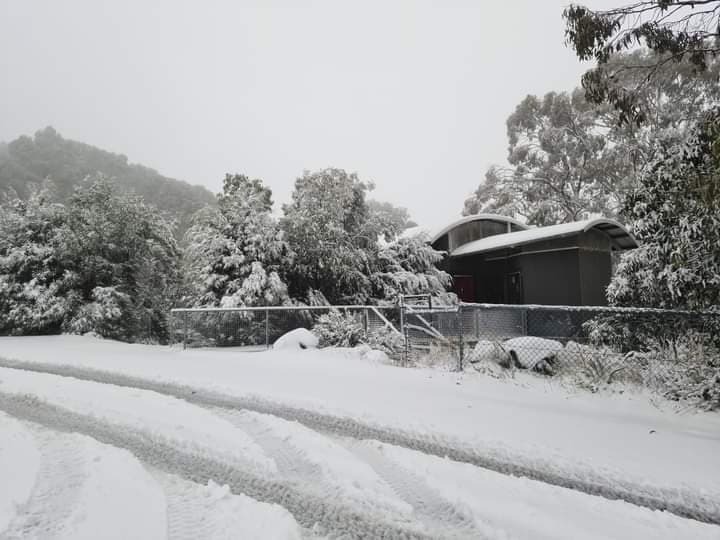 Rainfall was heaviest in Melbourne's east, with Ferny Creek and Monbulk recording about 60mm.

A cold front is moving over the south-east of the country, with Tasmania and South Australia also experiencing frosty temperatures.

Melbourne is expected to stay below 20C for the week, but will become finer at the weekend.