A joyful South American woman set to become a naturalised Australian credits our country’s streamlined bureaucracy as the reason for her big move, perhaps surprisingly to many homegrown citizens. Sibele Lima from Curitiba city in the southern Brazilian state of Parana “loves everything” about her adopted country and will pledge her allegiance at City of … Continue reading “City welcomes cheerful Brazilian among 270 new Aussies”

A joyful South American woman set to become a naturalised Australian credits our country’s streamlined bureaucracy as the reason for her big move, perhaps surprisingly to many homegrown citizens.

Sibele Lima from Curitiba city in the southern Brazilian state of Parana “loves everything” about her adopted country and will pledge her allegiance at City of Newcastle’s annual Australia Day citizenship ceremony in the Civic Theatre on Sunday.

The 33-year-old IT worker will be among 270 new citizens from 40 different nations to receive citizenship certificates at one of NSW’s largest citizenship ceremonies. 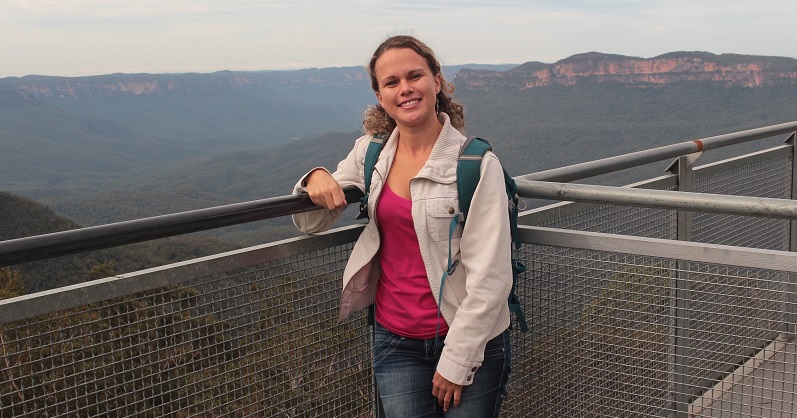 Lima in the Blue Mountains
Each will receive their certificate confirming their citizenship from Newcastle Lord Mayor Nuatali Nelmes, who rates welcoming people from diverse backgrounds among the job’s greatest honours.

“Hearing the stories of many of these people really opens your eyes to how lucky we are in Australia, particularly in Newcastle,” the Lord Mayor said.

“We are so fortunate to enjoy a safe, secure life as part of an advanced, pluralist society in a nation blessed with natural attractions and abundant resources. Sunday’s ceremony and two other annual citizenship ceremonies are, for mine, the best way to celebrate that good fortune.”

Lima, who lives in Wickham, was bitten by the travel bug on a road trip to Brazil’s north with her family aged 11, but could easily have been making a different oath in colder climes. 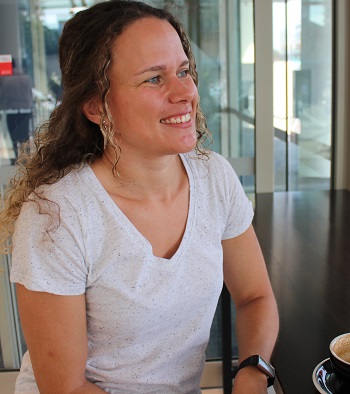 “My first plan was Canada because I went on an exchange there when I was 18 and it’s on the same time zone as Brazil and closer to home,” recalled the Computer Science graduate, who moved to Australia on a skilled migration visa five years ago.

“I was learning French and filled out pages and pages of hard copy documents to get a Canadian visa but I got no reply. I had friends in Australia who said it was just beautiful and that the process was very straightforward because it was all online. I applied for a skilled visa and got permanent residency, all in eight months.

“Officially becoming a citizen is going to be special because I feel very welcome here and I thank Australia for providing a way for immigrants like me to work.”

Lima travelled much of the world before a soft landing on Sydney’s North Shore was followed by a move to Newcastle in 2018.

When not practising Brazilian Jiu-Jitsu, she enjoys going to the beach and walking or bike riding through the bush, especially along the Fernleigh Track on her way to work in Charlestown.

Brazil is also spoiled with natural wonders but can’t provide Lima the same sense of security and order as Australia.

“In Curitiba you are walking around with your purse held tightly and always looking over your shoulder, but here you can relax outside and leave your purse on the table when outside enjoying a coffee with friends.

“The news here is always about a shark story or a kangaroo, but in Brazil it’s people died, armed robbery and politics coverage is just corruption – I tell my mum not to watch it when I go back there.

“I hear people complaining in Australia about the train or bus being late and I laugh, because I’m just so pleased to have a map timetable – in Brazil the bus just comes when it does.”

Sunday’s ceremony will also see local Australia Day awards presented before a range of family activities are staged on the Foreshore from 10am-2pm.