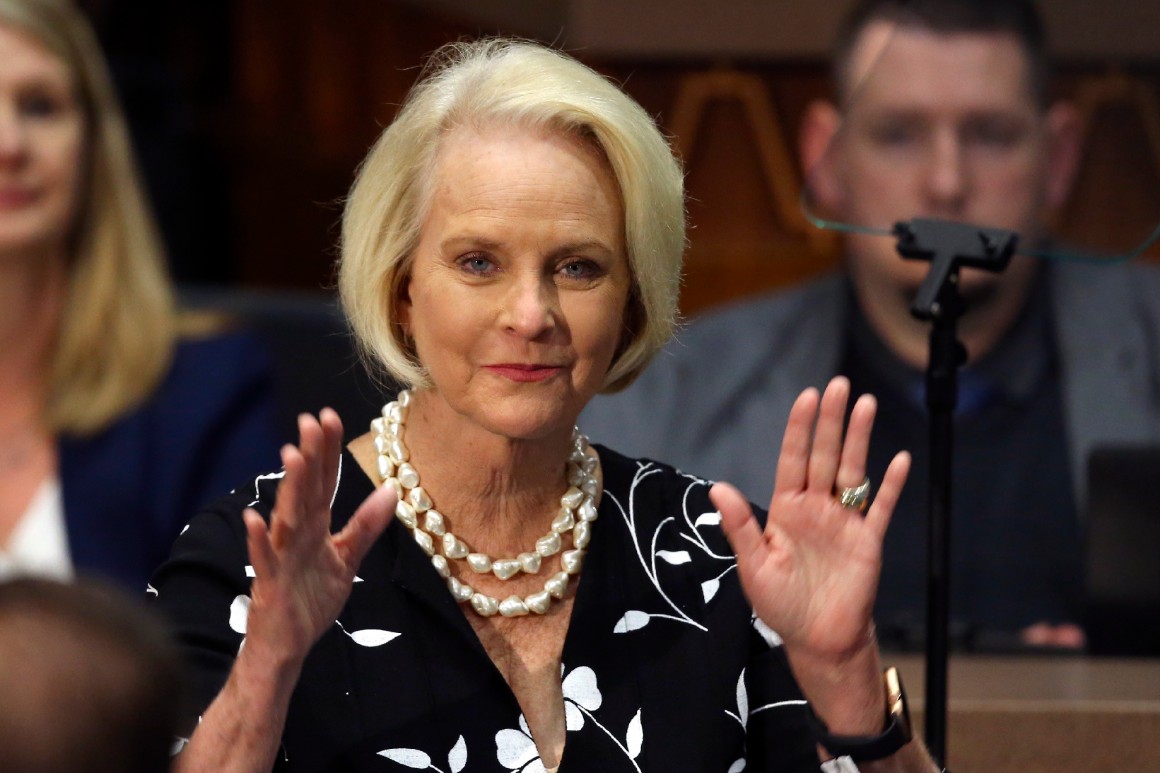 Arizona Senate Republicans hired a Florida firm, Cyber Ninjas, to audit the election results in Maricopa County, though only the two races — president and U.S. Senate — which were won by Democrats. Cyber Ninja founder Doug Logan has offered pro-Trump conspiracy theories about the election.

“The parallels between the statistical analysis of Venezuela and this year’s election are astonishing,” Logan wrote on Twitter in December, before deleting his account, according to The Arizona Republic.

The Cyber Ninjas website has nothing indicating the firm has experience with election audits, and instead markets itself to clients who want to be protected from hackers. Critics have pointed out that there was nothing stopping them from tampering with or removing some of the ballots they were counting.

It wasn’t until Thursday — when a judge ordered them to do so — that Cyber Ninjas, which had sought to do the recount in private, disclosed the procedures for the audit.

McCain, widow of former GOP presidential candidate John McCain, said she was not surprised by any of this.

“The election is over. Biden won,” McCain said on CNN’s “State of the Union.” “I know many of you don’t like the outcome, but elections have consequences.”