Truck drivers have rushed a 560-tonne shipment of disinfectant from eastern China to Wuhan, the locked-down city at the centre of a vast effort to contain a new viral disease.

Carrying permits demanding "fast passage", truck drivers rushed a 560-tonne shipment of disinfectant from eastern China to Wuhan, the locked-down city of 11 million people at the centre of a vast effort to contain the new coronavirus disease.

Outside the metropolis in central China, the cargo was shifted to local trucks with drivers in masks and protective suits, part of a tightly controlled flow of food and other supplies through checkpoints that have blocked most access to Wuhan since January 23.

As global anxiety about the new virus rises, authorities have blocked 50 million people from leaving Wuhan and nearby cities at the centre of the outbreak. That in turn requires a massive effort to keep them supplied with food and other necessities. 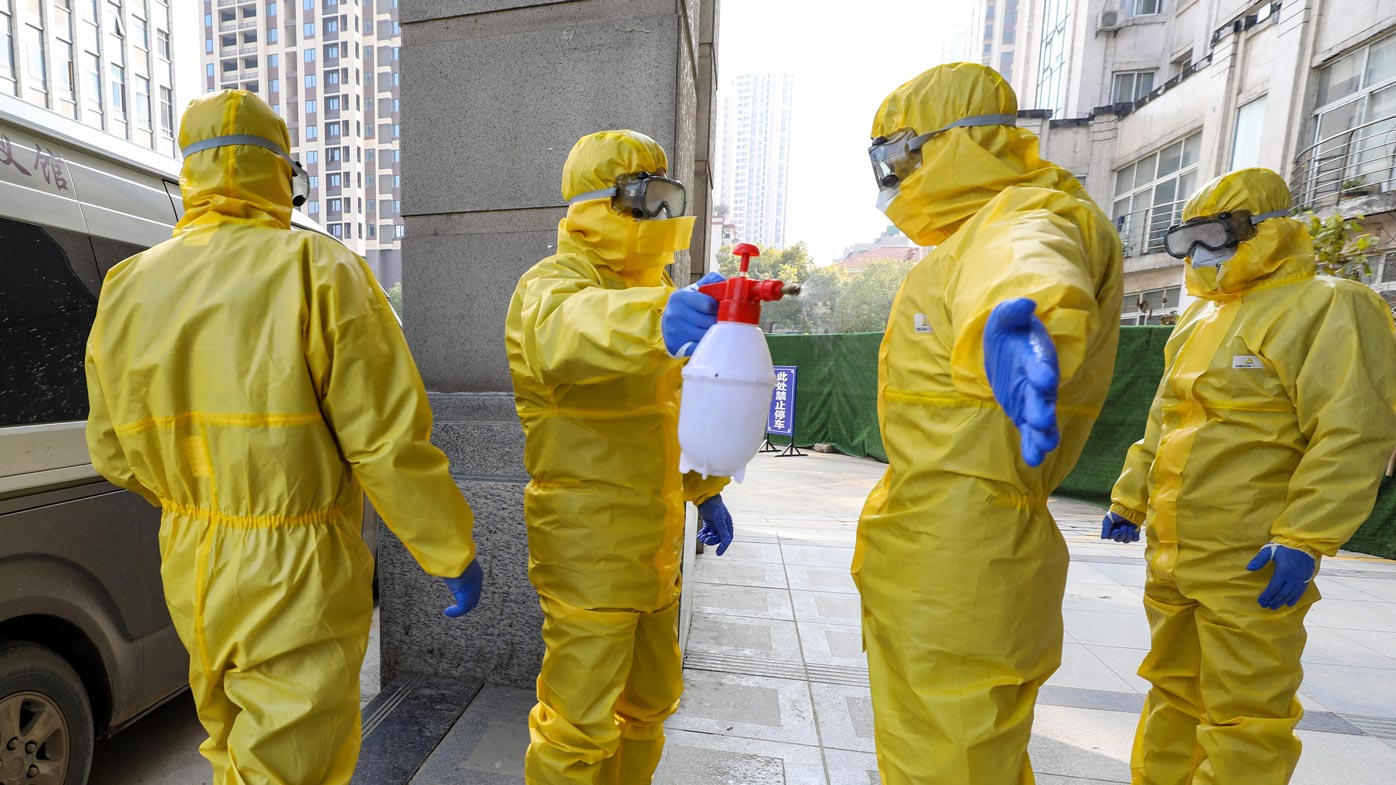 "Wuhan is not an isolated island," declared a state newspaper, the Yangtze Daily.

Few governments could attempt such drastic restrictions on a population bigger than South Korea's or Australia's. They are made possible by the ruling Communist Party's extensive controls on society and experience combating the 2002-03 SARS epidemic.

Some trucks are allowed to leave the 17 locked-down cities to collect food. Photos in state media show them lined up at checkpoints, their drivers wearing face masks.

Police, shrouded in white protective suits, examine the drivers for the virus's telltale fever. Those without passes are turned back.

Schools, cinemas and restaurants are closed in Wuhan, an industrial centre with a population one-and-a-half times that of New York City. To keep people at home and reduce chances for infection, subway and bus services are shut down and private vehicle use is banned in downtown areas.

The government of Hubei province, where all the cities are located, has promised adequate supplies of vegetables, rice, meat and medical supplies.

READ:  Morrison Acts Swiftly To Save Ansett From Total Collapse

It said authorities were working with retailers to bring food from as far away as Yunnan province in the southwest and Hainan island in the South China Sea. A crackdown on hoarding and price-gouging by merchants was announced after food costs spiked.

"Please do not panic, do not hoard, so as not to cause waste," said a government announcement. 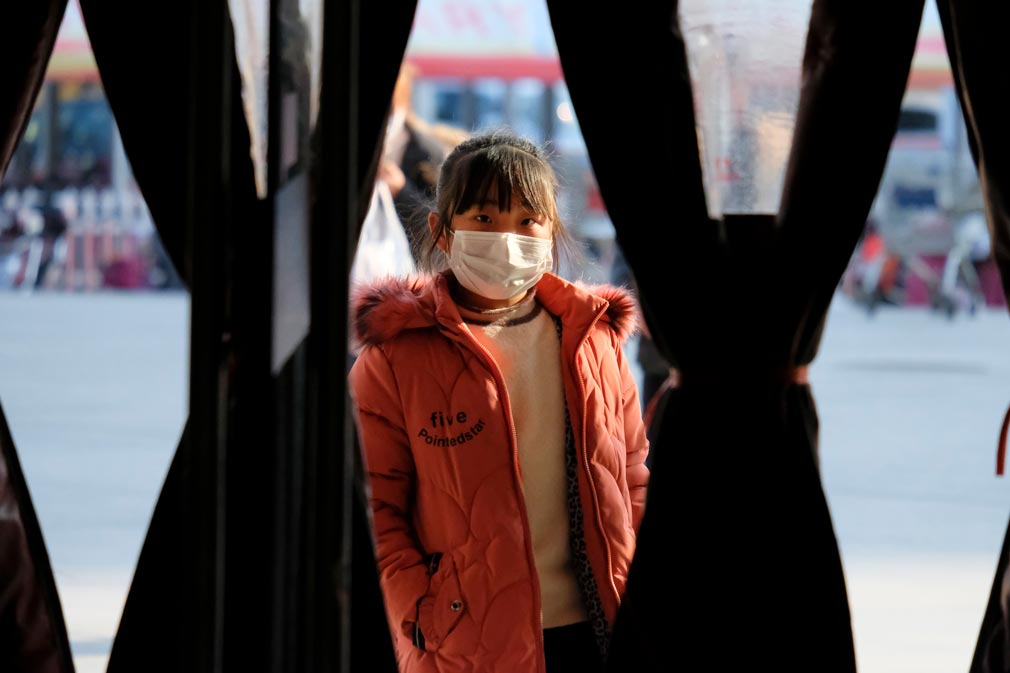 China on Friday reported 9,692 confirmed cases of the virus, which can cause pneumonia and other severe respiratory symptoms. So far 213 have died.

The shipment of disinfectant last Saturday was moved by drivers from two trucking companies in the eastern province of Jiangsu, according to the manager of one of the companies, Huai'an Hazardous Goods Transport Co.

With official passes, the 18 teams of drivers cut the normal 20-hour travel time to 15 hours, according to the manager, Liu Hankang.

"Enterprises must take on this responsibility," Mr Liu said by phone.

The government has released no details of how it is enforcing travel curbs on smaller roads and villages on the outskirts of the vast locked-down area.

"They can meet our needs for the time being," said a 40-year-old father of two in Wuhan who would give only his surname, Cai.

Residents are wary of talking to reporters after authorities said eight doctors were punished in December for warning about the emergence of the virus.

Authorities can draw on an extensive surveillance network involving thousands of video cameras, smartphone tracking, monitoring of social media and other technology developed with the help of Western tech companies to protect the party's monopoly on power.

Hospitals are straining to cope with thousands of virus patients while doctors also treat other cases. 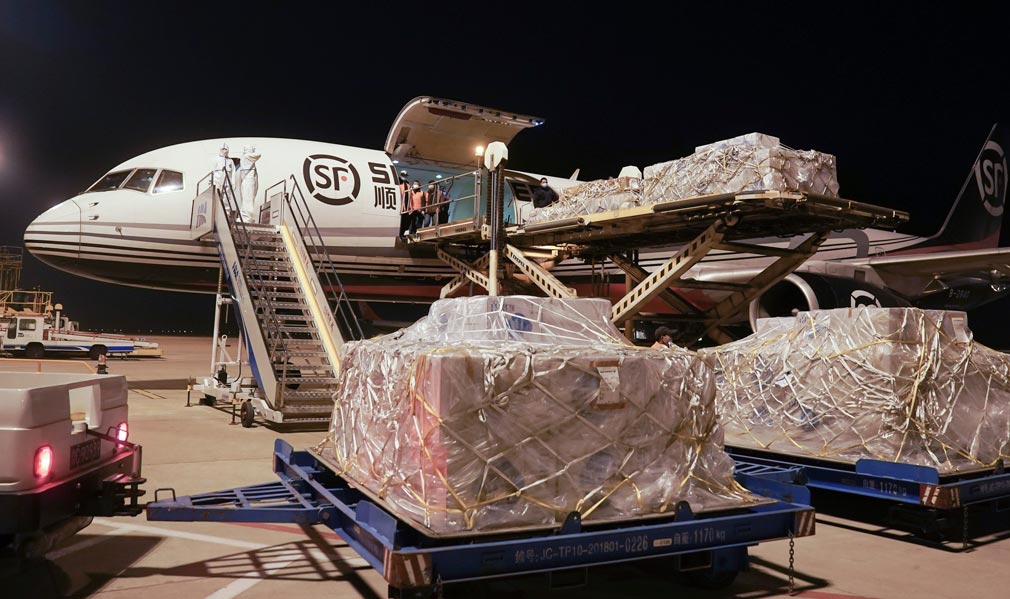 State media say police in protective gear are stationed at hospitals to separate people arriving with fevers and other possible virus symptoms from other patients.

Rui Zhong, a Wuhan native who lives in Washington, DC, said that her mother's elderly cousin died in the city in the past 10 days after a delay in the arrival of an ambulance.

A 73-year-old man with a lung problem, he died on the way to the hospital, Ms Zhong said.

"It's hard to know for sure: could he have been saved?" Ms Zhong said.

"But my family will always wonder."

The cause of death was never determined.

"The doctors didn't look at it super-closely. He was cremated."

The city is racing to build a 1000-bed hospital for virus patients. It is due to open Monday, 10 days after construction began. A second hospital with 1500 beds is to open shortly after that. 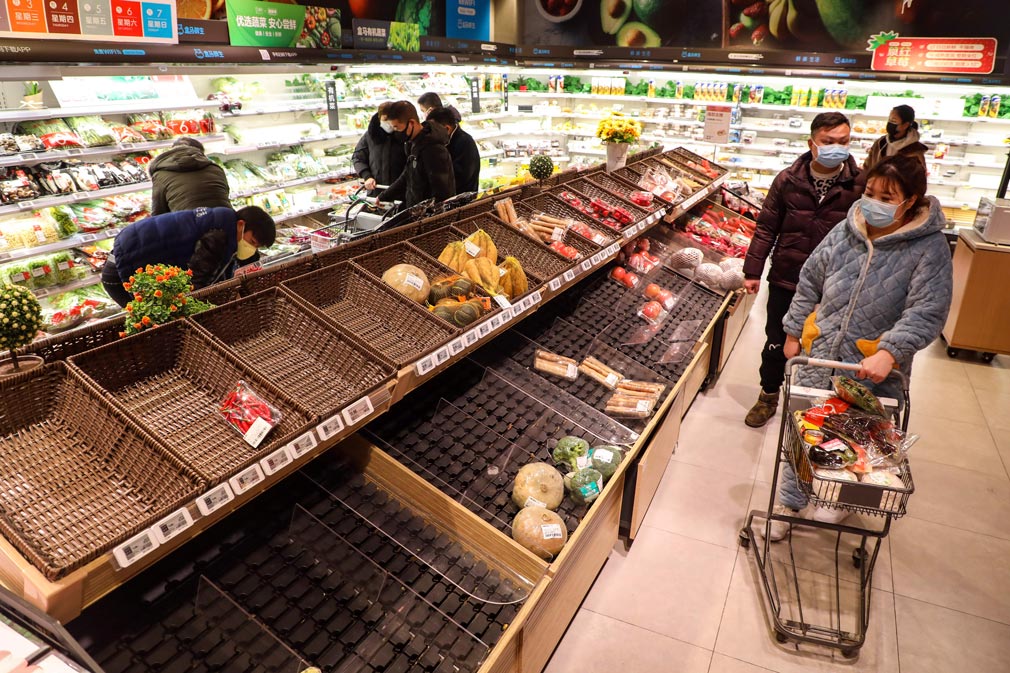 How the lock down is keeping families isolated

A restaurant chef in Jingzhou, another Hubei city, said his 12-year-old son was getting restless.

"He wanted to go out, but I had to keep him home," said the chef, who would give only his surname, Nong.

Police in Jingzhou were stopping pedestrians on empty streets to check their temperature and ask their addresses, Mr Nong said.

"We grow our own vegetables, but the stocks can last only for another 10 days or so," Mr Nong said.

"I guess the village committee will need to offer us supplies if we are still banned from going out."

Liu Xiaoran, a Wuhan University journalism student, said she and her parents had Lunar New Year dinner, China's most important family event of the year, with relatives over WeChat, a popular messaging service. She said her grandparents refuse to leave home or receive visitors.

Liu said one woman she knows begged for help online after four of her five family members were quarantined in three different hospitals. She asked for beds in the same hospital or else help travelling to the different facilities to look after them, a task made harder by Wuhan's closure of bus and subway service.

When she goes out, "I wear two layers of masks, try not to touch anywhere, keep a distance from others and disinfect with alcohol right after coming home", Ms Liu said.

"I feel nervous, especially when I go somewhere with a lot of people, such as drugstores or supermarkets." 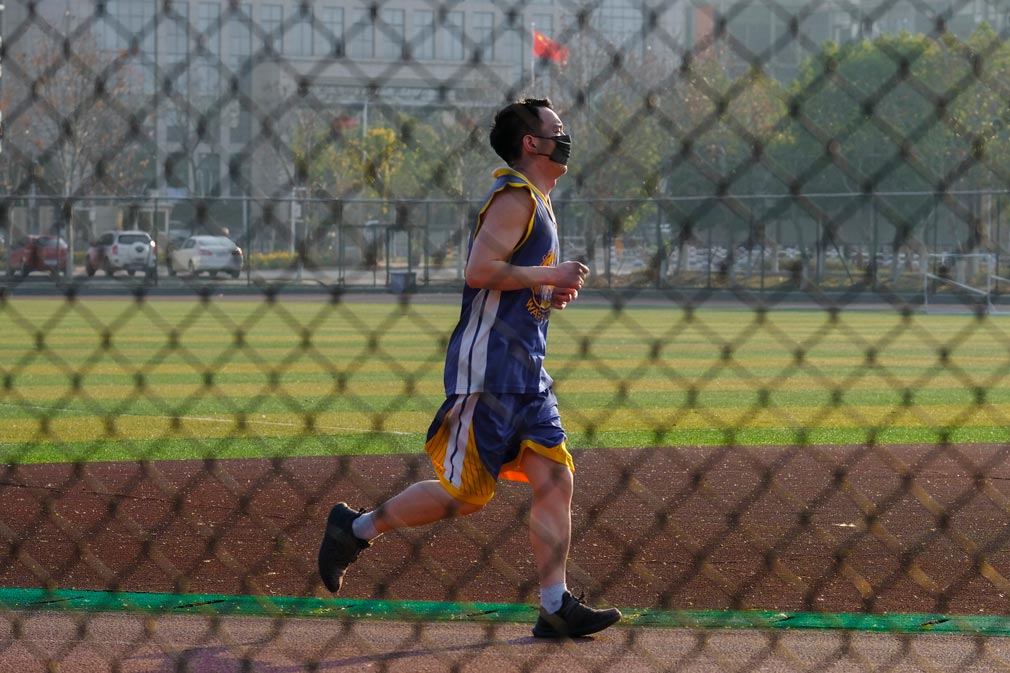 Other cities are imposing their own travel controls. Some apartment complexes in Beijing bar anyone but residents from entering. People in two villages on the Chinese capital's outskirts say they have set up their own barriers to prevent outsiders from entering.

The government of Shanghai, a global business center of 25 million people, has extended the end of the Lunar New Year holiday by 10 days to February 9 to encourage the public to stay home and avoid spreading infection.

In Wuhan, public schools were ordered to start teaching online February 10 after the new semester was postponed. Wuhan University is organising online classes.

"For the healthy, it's like what you call a 'snow day', staying inside," said a Wuhan University professor who asked not to be identified further for fear of retribution.

"For the people that are struggling, the hospitals are under strain."