Students at school on the NSW Mid North Coast have been rescued from their library after being forced to sleep there overnight due to floodwaters.

Students at school on the NSW Mid North Coast have been rescued from their library, after they were forced to sleep there overnight due to floodwaters.

More than a dozen Kendall Public School staff stayed to look after the children at the small school, south of Port Macquarie.

A grandparent said boats were used to evacuate the children. 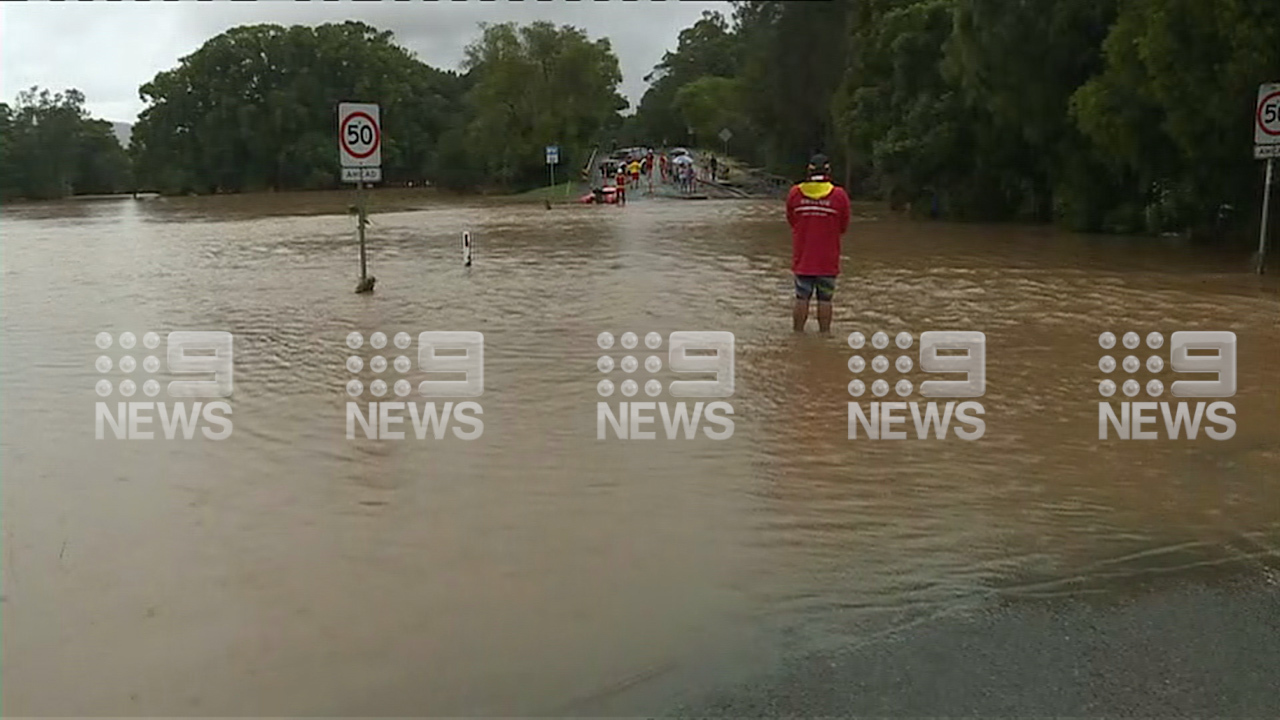 In a statement, the NSW Education Department said the safest option was to keep students and staff at the school.

"Student safety is Kendall Public School's highest priority, and the speed with which roads became flooded yesterday meant the safest option was to keep some students and staff at the school," the statement read.

"Parents were advised, and 28 students and 10 staff, including the principal, stayed safely overnight at the school with appropriate food, drink and makeshift sleeping arrangements, very kindly supported by local community members.

"The school was guided by the emergency services about when it was safe for parents to collect their children." 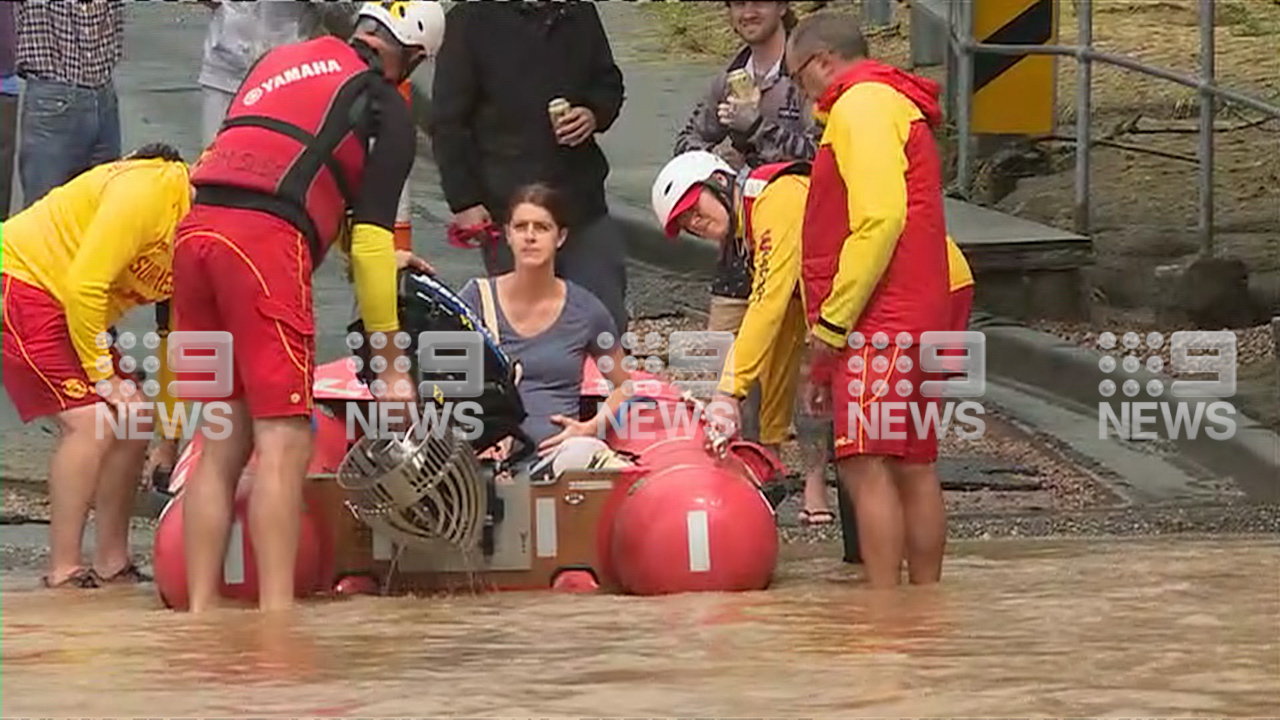 Nearby, emergency services also ferried a pregnant woman across floodwaters.

Surf livesaving crews helped the woman get to hospital this afternoon.

Parents of the school students were alerted yesterday lunchtime of worsening conditions and asked to collect children if they could.

But road closures due to rising flash flooding and swollen rivers meant it was already impossible for some to get there. 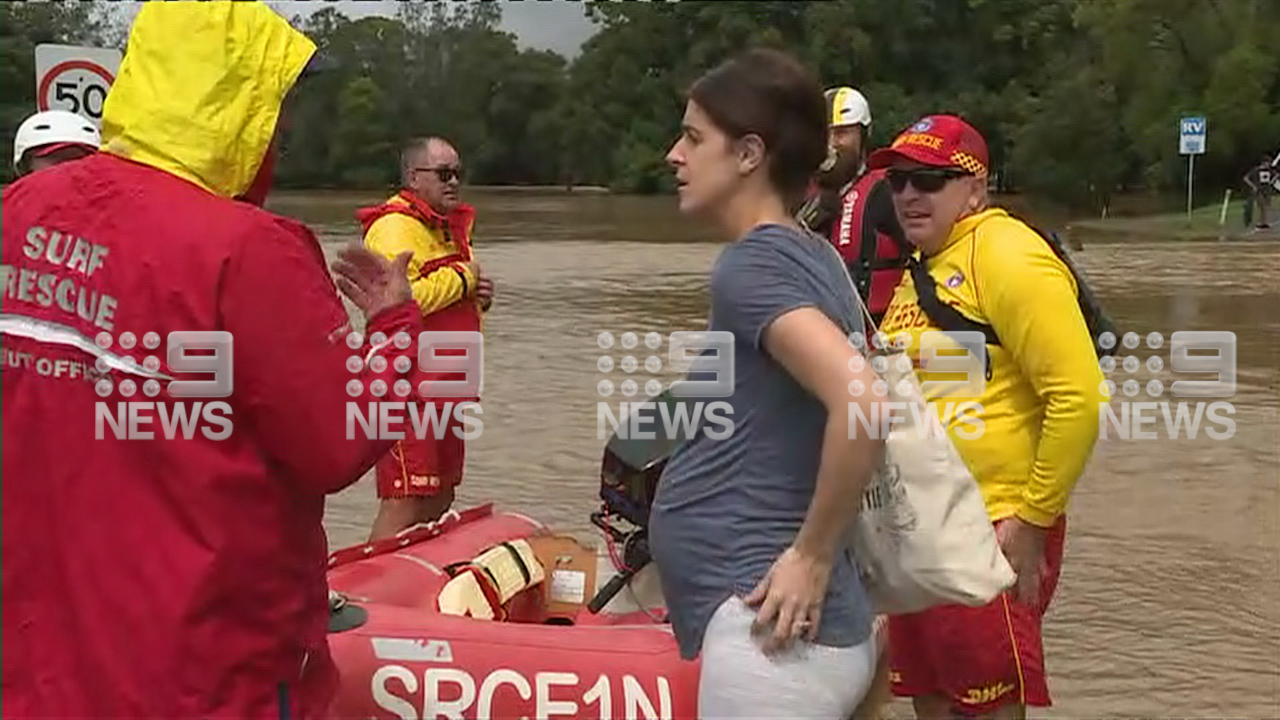 The school said on Facebook it was planned for the children to remain at the school due to worsening conditions.

"I just want to reassure the families of students who are unable to collect their children due to the road closures, that they are all fine and very busy in our library with the staff," the school said on Facebook.

Locals took bedding and food to the school for those stuck there, and eventually, the children went to sleep in the library.

Last night, the school posted on Facebook: "All very quiet here in the library everyone. Almost all asleep and very settled.

"You should all be very proud of your children as they have coped so well.

"Safe and sound- have a good night everyone and take care."

This morning the school updated parents, saying the children had had breakfast and were doing activities.

Grandparent Greg Coelli who has a five-year-old at the school claimed parents were not kept fully informed. 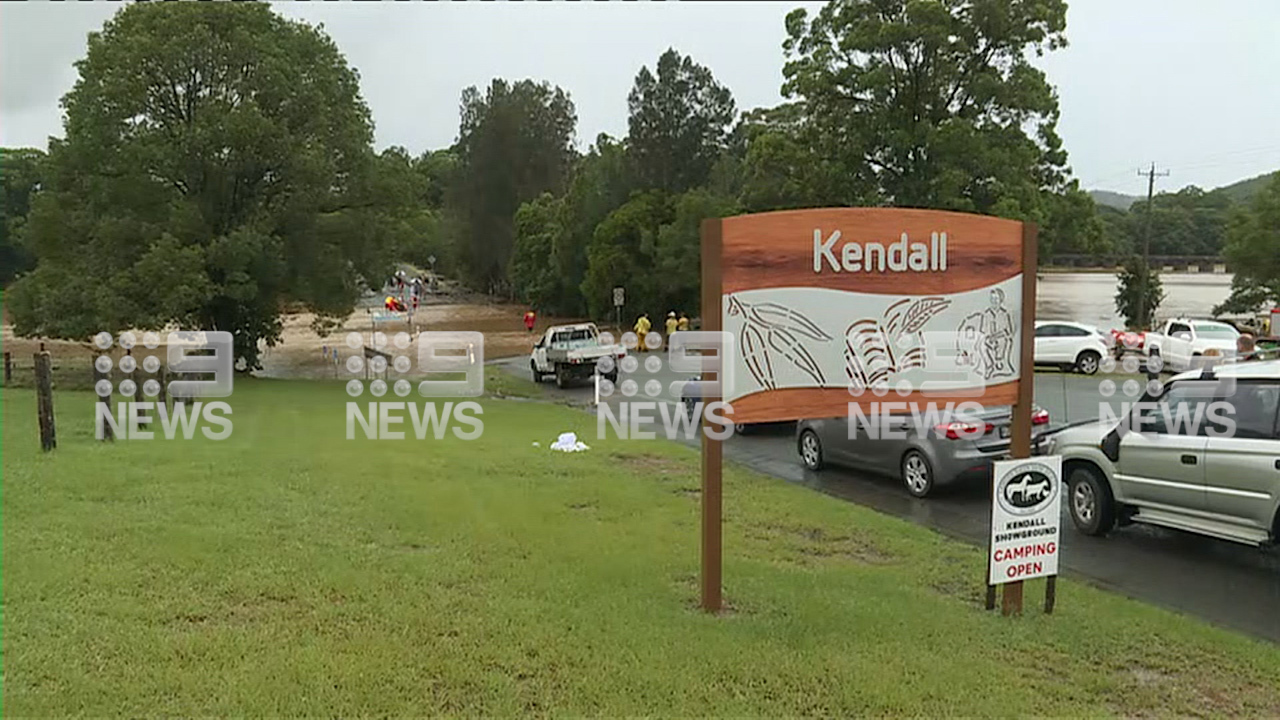 "It really is a dismal situation," he said.

He claims the local SES told him they need to see how things look before planning to rescue anybody- and it could be into next week.

"Overnight is bad enough but to say it's going to be five days when they see their parents is just inconceivable," he said.

"There doesn't seem to be a plan."

"These kids are stuck until next Tuesday, that's when they think it's going to be safe to go get them."

"Their lives aren't in danger, but its a horrible situation."

The NSW Department of Education and SES have been contacted for comment.