A man and his two children were swept into the water by a “sneaker wave” during a storm on the Oregon coast on the weekend.

Joanne Cornelius had just finished taking photos of the breathtaking waves and extreme high tide outside her home on the Oregon coast, in the northwest of the United States, when a frantic woman pounded on her window and asked her to call emergency services.

Children had been washed out to sea by a wave, the woman said.

A family visiting from Portland had been storm-watching on the remote beach on Saturday when a powerful wave caught them by surprise, sweeping the father, his four-year-old son and his seven-year-old daughter into the surf. 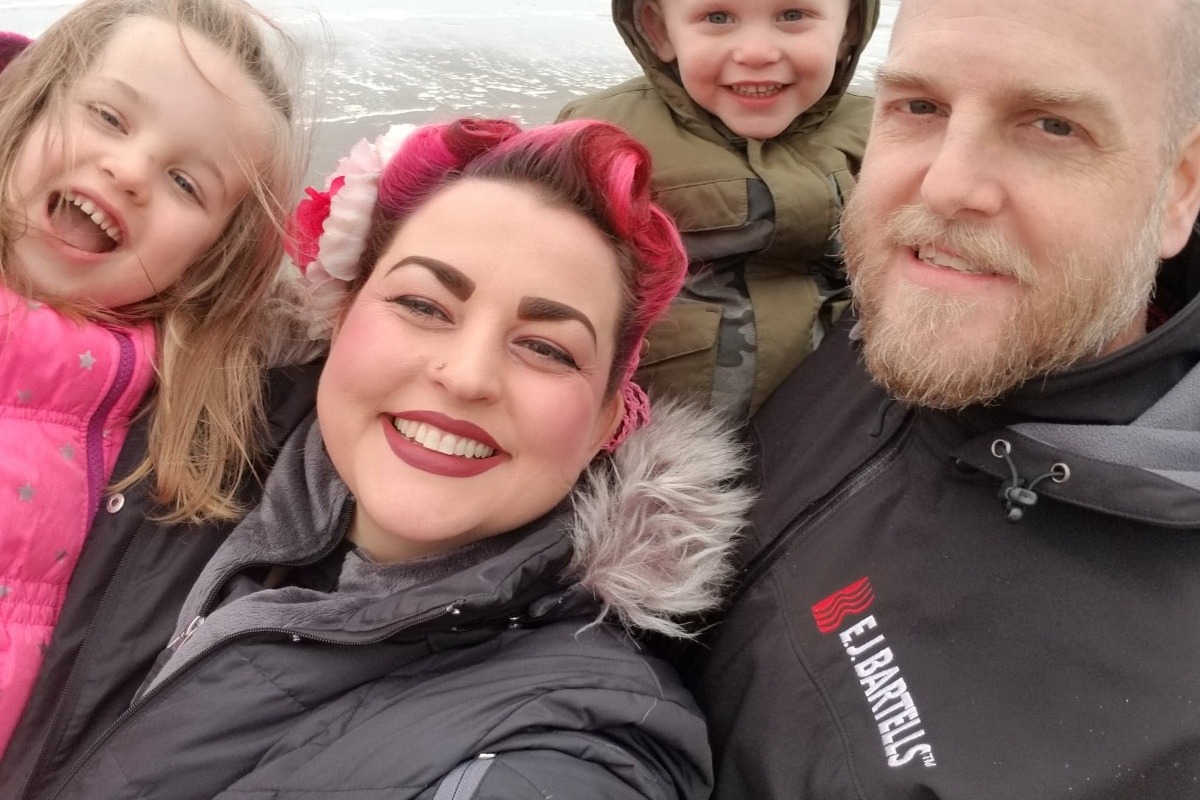 A police officer pulled the girl from the waves, but she died at a hospital. The boy's body has not been found, and a search by the US Coast Guard has been called off.

The father, Jeremy Stiles, 47, survived and is recovering from hypothermia at a hospital.

"It's a dangerous beach. It's a thing that people have to be aware of in winter at the beach at the Oregon coast. There's dangerous waves, and when the signs are up, people have a tendency to walk right by," Ms Cornelius said.

She recalled seeing the family heading toward the beach a few minutes earlier as she returned from photographing the waves.

"It was tragic, just absolutely tragic."

The family said in a statement on an online fundraising page that they had been walking on a beach trail when the waves came crashing in. The page identified the children as William and Lola.

"Our hearts as you can imagine could not be more broken as both children were loved beyond measure by our entire family and so many others," the statement said.

It's a scenario that plays out all too often on the Oregon coast, a rugged and treacherous shoreline that is made more dangerous each winter by powerful storms and "sneaker waves" — fast-moving surges of water that materialise within seconds to swallow a seemingly dry beach with knee-deep water. In most areas, the beach is flanked by steep bluffs or rocky outcroppings that make it hard to run away. 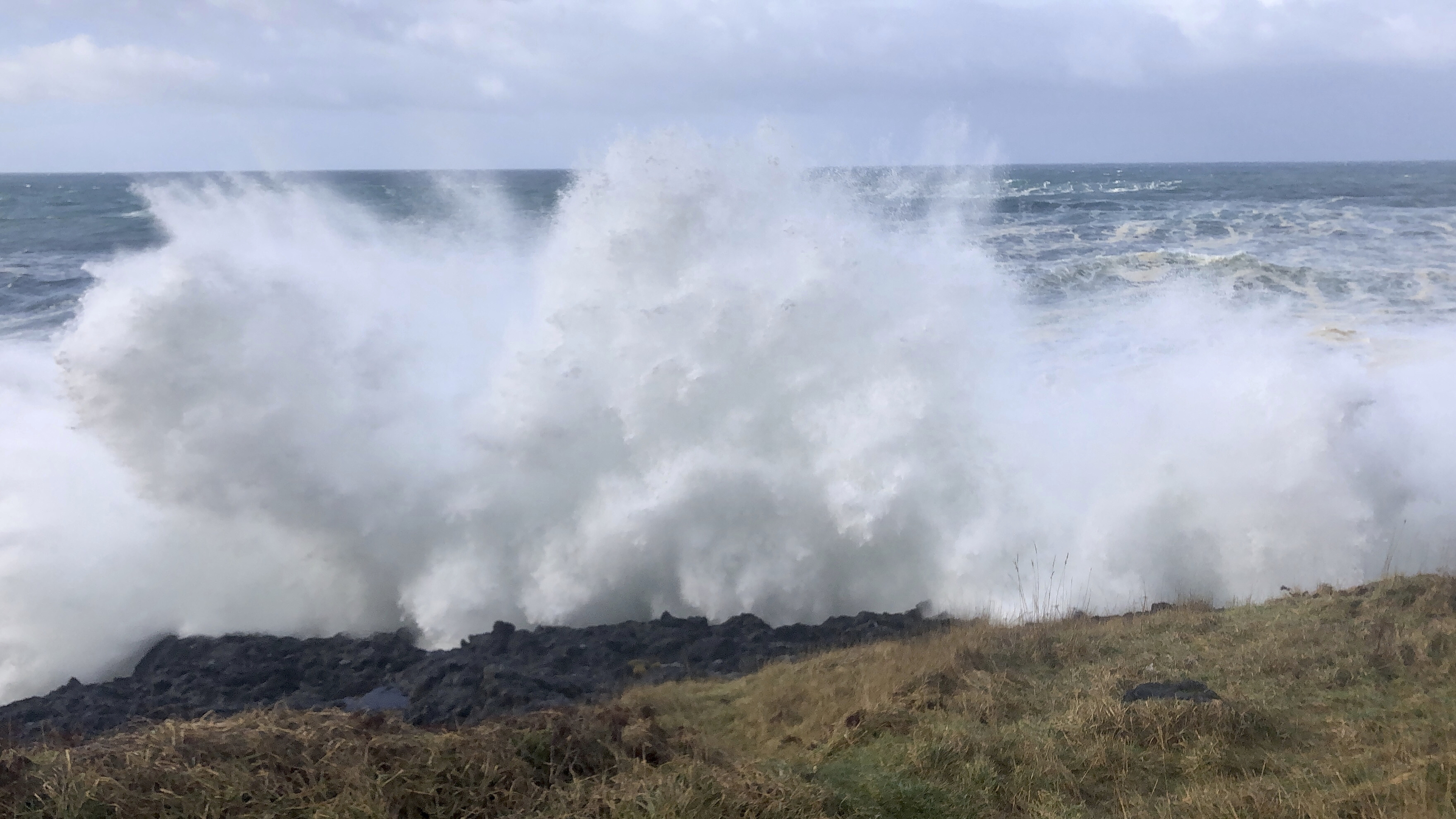 On Saturday, a fierce storm blowing ashore was made even more dangerous because of an unusually high tide, called a king tide, that added three metres to the tops of already huge waves, said Rick Hudson, emergency manager for the nearby town of Cannon Beach.

King tides occur when the sun and moon line up and their combined gravity makes the tides much higher and much lower than normal. They can cause flooding and inundate normally dry beaches.

The waves at high tide on Saturday were 4.5 metres and swells further out were up to 12 metres, with winds of about 40km/h the Coast Guard said.

"When he walked out on that beach, he may have seen six to nine metres of beach that wasn't occupied by the highest level of surf and he may have thought it was safe, but the sneaker waves that come up can catch people off guard," Mr Hudson said of Mr Stiles. 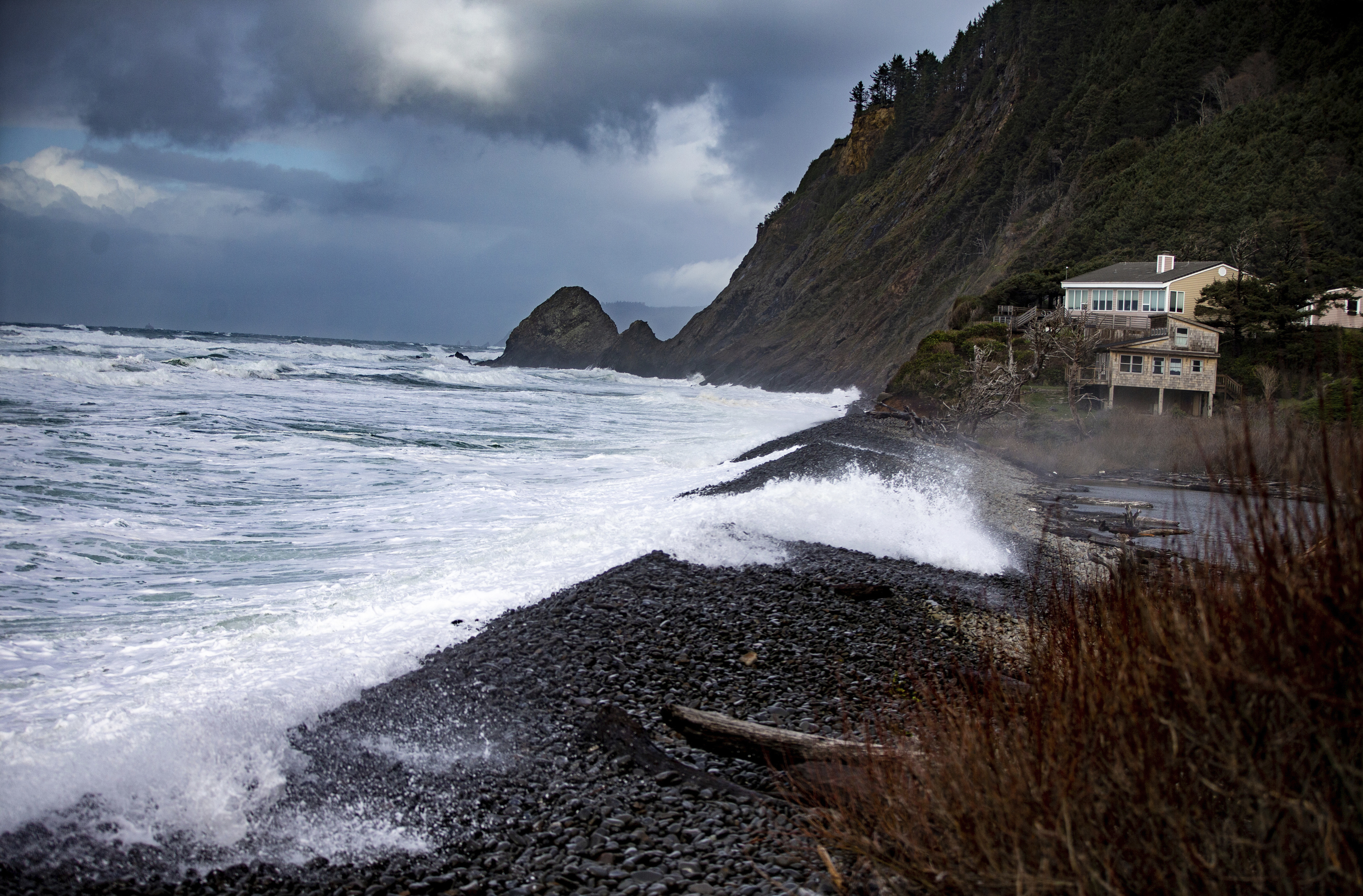 Coastal towns rely on winter storm watchers for tourism and even advertise when the king tides will make the ocean more spectacular. Beachside hotels offer storm-watching packages to attract customers during the off season.

But authorities also post warnings on social media and on the beaches about the dangers and advise people to watch from a safe distance.

"People come out here because they want to be weather-watching, but they don't realize how dangerous the weather can be and how fast it can change," Mr Hudson said.

"You can be in raincoat, watching the beautiful storm happen, and all of a sudden you have a nine metre wave, and it swells up and goes all the way up to the maximum part of the beach — and you have nowhere to go."

In January 2017, a man and his three-year-old son were swept out to sea by a rogue wave in southern Oregon as his wife looked on helplessly. The man's body was found the next month but the toddler's body has never been recovered. On Saturday, Ms Cornelius watched helplessly from her home.

After she called 911, she was patched through to the Coast Guard and directed them to the Falcon Cove area, a rugged and rocky stretch of beach.

Then she saw a grim procession: The girl's body brought up the path to an ambulance, followed by her father, in shock and distraught as he was bundled into a car with warming blankets.

A woman with the group was in hysterics, with blood on her face, Ms Cornelius said.

"I tried to get her to go into my house to warm up, but she refused. She was wearing no shoes and she was soaking wet," she said.

The officer with the Manzanita Police Department who pulled the girl from the water declined interview requests.