A child in North Texas died earlier this month after contracting a rare brain-eating amoeba at a city splash pad, officials announced on Monday.

A child in North Texas died earlier this month after contracting a rare brain-eating amoeba at a city splash pad playground.

The child was hospitalised September 5 with primary amoebic meningoencephalitis, a rare and often fatal infection caused by an amoeba called Naegleria fowleri, according to a joint news release from the Tarrant County Public Health and the City of Arlington.

The child died September 11. To protect the child's identity, no other details about them were released, according to the news release. 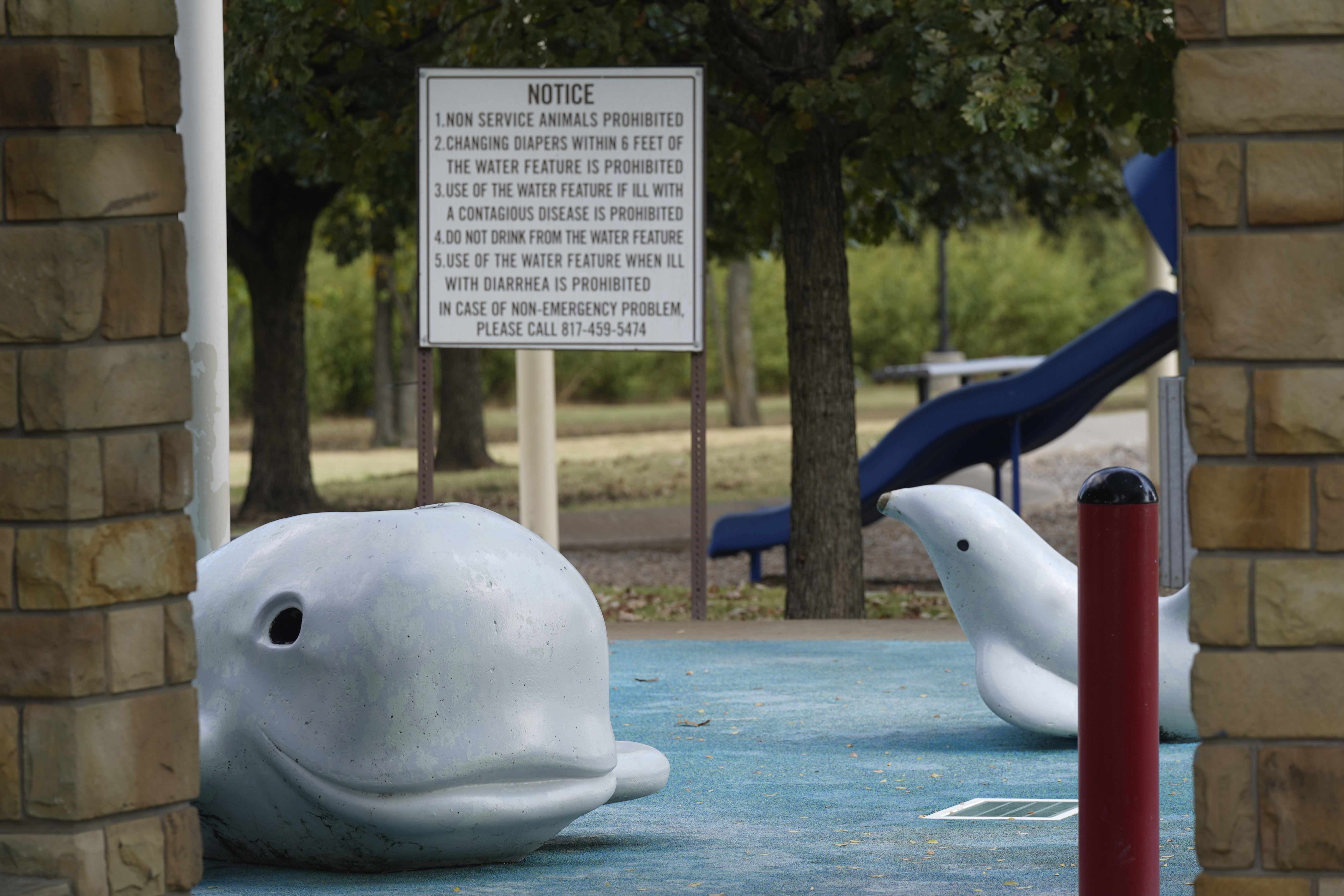 Naegleria fowleri is commonly found in soil and in fresh warm water such as lakes, rivers and hot springs, according to the Centres for Disease Control and Prevention (CDC).

It can also be found in poorly maintained or unchlorinated pools.

The organism infects people when water containing the amoeba enters the body through the nose, according to the CDC.

The Naegleria fowleri amoeba then travels up the nose to the brain, where it destroys the brain tissue, the CDC says.

Investigation into the source of infection

City and county officials were notified by the hospital September 5 of the child's condition, according to the news release.

The county health department started an investigation and determined two possible sources for the exposure to the amoeba - the family's home in Tarrant County and the Don Misenhimer Park splash pad in Arlington.

The city immediately closed that splash pad, the news release says, and out of an abundance of caution closed the other three public splash pads for the remainder of the year.

On September 24, the CDC, according to the news release, determined the child was likely exposed to the organism at the splash pad after tests confirmed the presence of active Naegleria fowleri amoeba in water samples from the park.

"It breaks my heart. I'm a father of four, a grandfather of five kids from two to seven years old. I cannot imagine having to bury a child or a grandchild like that," Arlington Mayor Jim Ross told CNN affiliate KTVT.

The city's drinking water was not contaminated, the news release says.

It says the splash pad is equipped with a backflow prevention device designed to isolate the facility's water system.

READ MORE: Ambulances forced to queue outside Melbourne hospitals under strain of COVID-19

The City of Arlington conducted an investigation into the splash pad's maintenance, equipment and water testing procedures.

City officials determined the water quality testing data needed improvement and at times employees did not conduct the testing prior to opening the splash pad each day, according to the news release.

"We have identified gaps in our daily inspection program," Deputy City Manager Lemuel Randolph said in the news release.

"Those gaps resulted in us not meeting our maintenance standards at our splash pads. All of the splash pads will remain closed until we have assurance that our systems are operating as they should, and we have confirmed a maintenance protocol consistent with city, county and state standards."

Records from two of the splash pads, including the one at Don Misenhimer Park, showed employees did not consistently record, or in some cases did not conduct, water quality testing that is required before the facilities open each day, according to the news release.

READ:  The Bachelor Australia Star Bella Varelis' Young Celeb Crush Was All Of Us In 2010

The testing includes checking for chlorine, which is used as a disinfectant.

A review of the logs determined that water chlorination readings were not documented two of the three days that the child visited the park in late August and early September, the news release said.

"Documents show that chlorination levels two days before the child's last visit were within acceptable ranges," reads the release.

"However, the next documented reading, which occurred the day after the child visited, shows that the chlorination level had fallen below the minimum requirement and that additional chlorine was added to the water system."

It takes about five days after infection for initial symptoms of primary amoebic meningoencephalitis to show up, according to the CDC.

The initial symptoms may include headache, fever, nausea and vomiting.

The disease progresses rapidly and usually causes death between one and 18 days after symptoms begin, according to the CDC.

READ MORE: Queensland outbreak has 'hallmarks of something very significant'

Last year, a six-year-old boy in Lake Jackson, Texas, died after contracting the brain-eating amoeba that was found in the water of splash fountain the boy had played in.

In 2019, a 10-year-old Texas girl died after battling a brain-eating amoeba for more than a week.

She likely contracted it while swimming in the Brazos River and Lake Whitney near Waco, CNN affiliate KWTX reported.