The 2015 attacks against the Charlie Hebdo satirical newspaper and a kosher supermarket in Paris marked the beginning of a wave of violence by the Islamic State group in Europe.

Thirteen men and a woman went on trial on Wednesday in the 2015 attacks against the Charlie Hebdo satirical newspaper and a kosher supermarket in Paris that marked the beginning of a wave of violence by the Islamic State group in Europe.

Seventeen people and all three gunmen died during the three days of attacks in January 2015. Later that year, a separate network of French and Belgian fighters for Islamic State struck Paris again, this time killing 130 people in attacks at the Bataclan concert hall, the national stadium, and in bars and restaurants.

Those on trial in France's terrorism court are accused of buying weapons, cars, and helping with logistics in the January 2015 attacks. Most say they thought they were helping plan an ordinary crime. Three, including the only woman accused, are being tried in absentia after leaving to join Islamic State.

"The trial will establish and confirm that the two attacks were coordinated. One was an attack on freedom of expression and the other was against Jews because they were Jews," Francois Hollande, who was then France's president, told RTL radio. 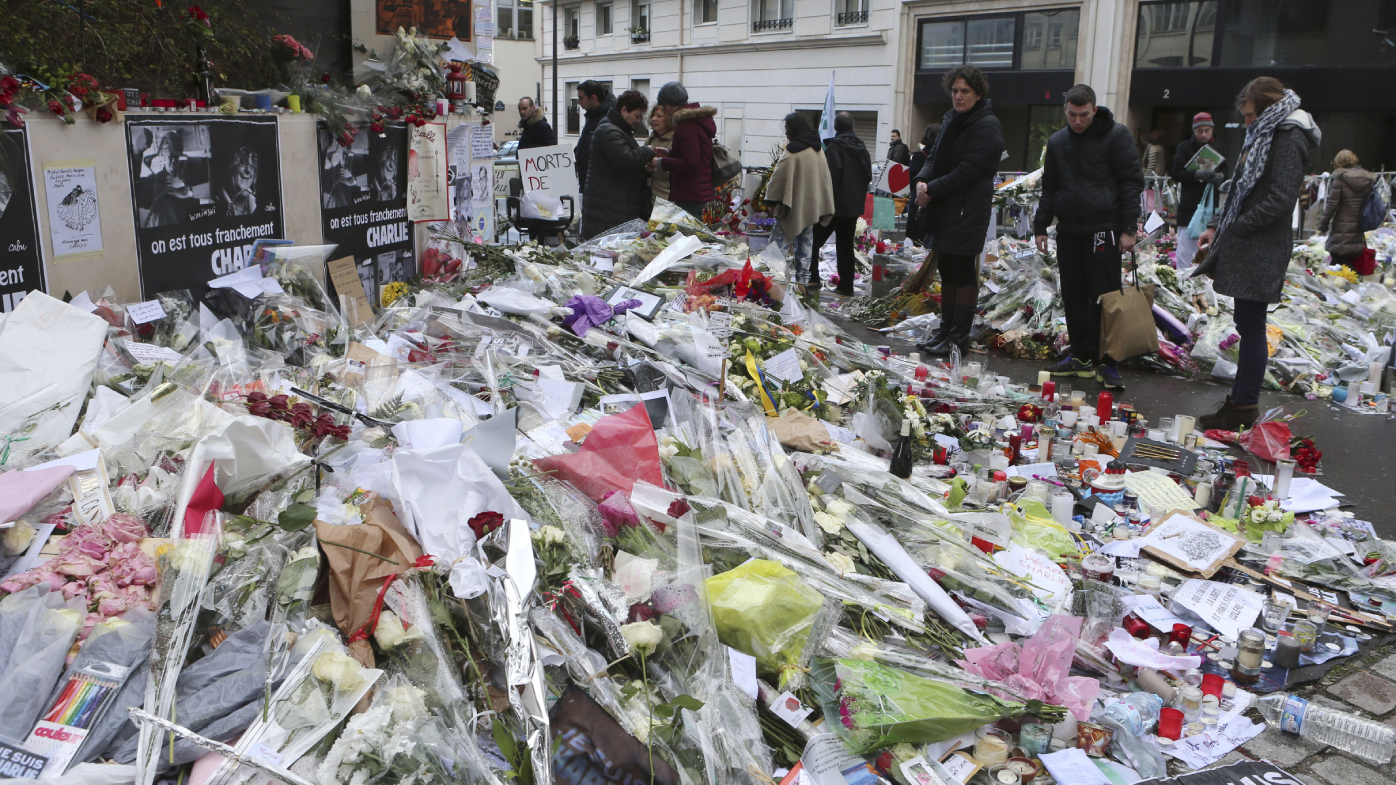 The attacks from January 7-9, 2015, started during an editorial meeting at Charlie Hebdo, whose offices had been unmarked and guarded by police since the publication of caricatures of the Prophet Muhammad years before. Brothers Cherif and Said Kouachi gunned down 12 people before carjacking a vehicle and fleeing. They claimed the attacks in the name of al-Qaida.

Two days later, on the eve of the Jewish Sabbath, Amedy Coulibaly stormed the Hyper Cacher supermarket, killing four hostages and invoking the Islamic State group as the Kouachi brothers took control of a printing office outside the French capital. The attackers died that day during near-simultaneous police raids.

It took days more for investigators to realise that Coulibaly was also responsible for the seemingly random death of a young policewoman the previous day.

It took further weeks to unravel the network of petty criminals and neighbourhood friends linking the three attackers. By then, Hayat Boumedienne, who was married to Coulibaly, had left for Syria with the help of two brothers also charged in the case. Most of the 11 who will appear insist their help in the mass killings was unwitting.

"Since 2012, terrorism capitalised on the prevailing delinquency there is around these terrorists," said Samia Maktouf, a lawyer for one of the attack survivors. "They are not second fiddles, they are full accomplices."

Despite a global outpouring of support, the attacks were also seen as a massive intelligence failure.

French authorities ended a phone tap on one of the Kouachi brothers a few months before they stormed the editorial offices. At least one had trained with al-Qaida in Yemen and been convicted of an earlier terrorism offence. The brothers walked away from the carnage they had caused, escaping easily and drove through multiple dragnets before being trapped two days later.

"The government failed. If the intelligence services had done their job, this would not have happened," said Isabelle Coutant-Peyre, lawyer for the only defendant in court facing a life term. "The victims don't just want a guilty verdict, but real justice. The truth must come out."

The chief judge declined to rule on Coutant-Peyre's request for a delay in the trial to learn more about the sale of the weapons to the Kouachi brothers and Coulibaly. Investigators never determined who sold the weapons.

Her client, Ali Riza Polat, is accused of serving as the link between the Kouachi brothers and Coulibaly. He was involved in each stage of the attack planning, according to the judicial investigation, organising secure phone lines, checking the price of explosives and ammunition, and traveling with Coulibaly to Belgium. 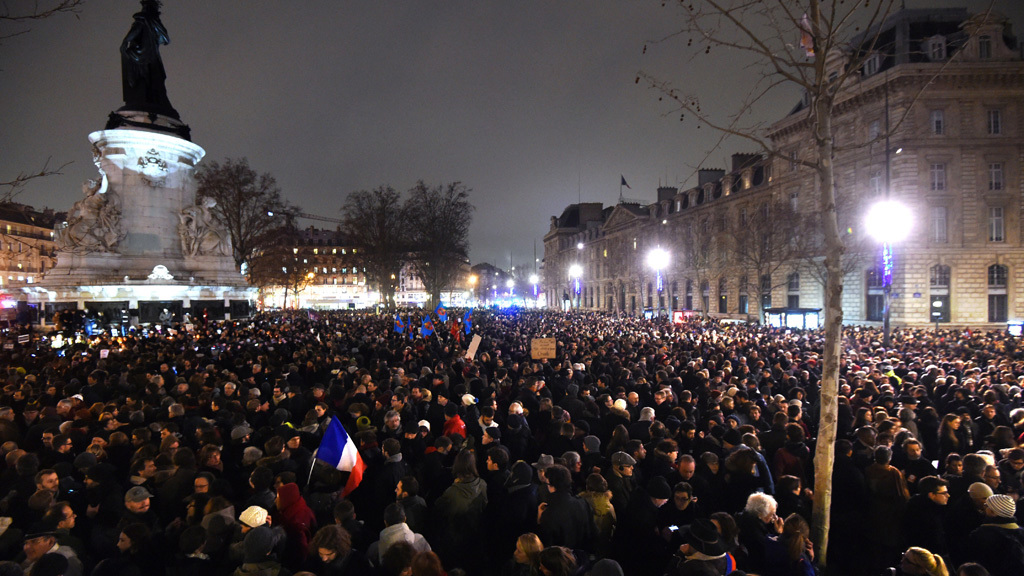 Wednesday's trial opened under tight security, with multiple police checks for the main courtroom and the overflow rooms. At nearby newsstands, the latest issue of Charlie Hebdo appeared, defiantly reprinting the caricatures of the Prophet Mohammed cited by the gunmen who killed so many of the publication's editorial staff.

Patrick Pelloux, a Charlie Hebdo contributor who missed the editorial meeting the day of the killings, said he had been dreading the trial.

"You have to understand the emotion we're feeling, it's very hard," Pelloux said. "We have to let justice run its course."

Turkey condemned Charlie Hebdo's decision to republish the cartoon, saying "the insult and disrespect toward Muslims" cannot be justified as art or within the scope of freedom of expression.

"We invite our friends and politicians in Europe to take a clear stand against such attacks against our sacred values, which have been increasing recently," the Turkish Foreign Ministry said in a statement.

"The president of the republic in France should never qualify editorial choices of a journalist, editorial staff — never," he said. "Because there is a freedom of press that you are rightly so attached to, deeply... There is also in France the freedom to blaspheme, which is attached to the freedom of conscience."