A man has been charged after allegedly deliberately coughing on a NSW Police Force employee while pretending to be infected with COVID-19 as a friend filmed.

A man has been charged after allegedly deliberately coughing on a NSW Police Force employee while pretending to be infected with COVID-19 as a friend filmed.

William West entered the Coffs Harbour police station about 2.30pm yesterday to report for parole when he allegedly approached a 71-year-old female general station officer and coughed on her.

The 21-year-old told the officer he had coughed on the woman and claimed he had tested positive for COVID-19. 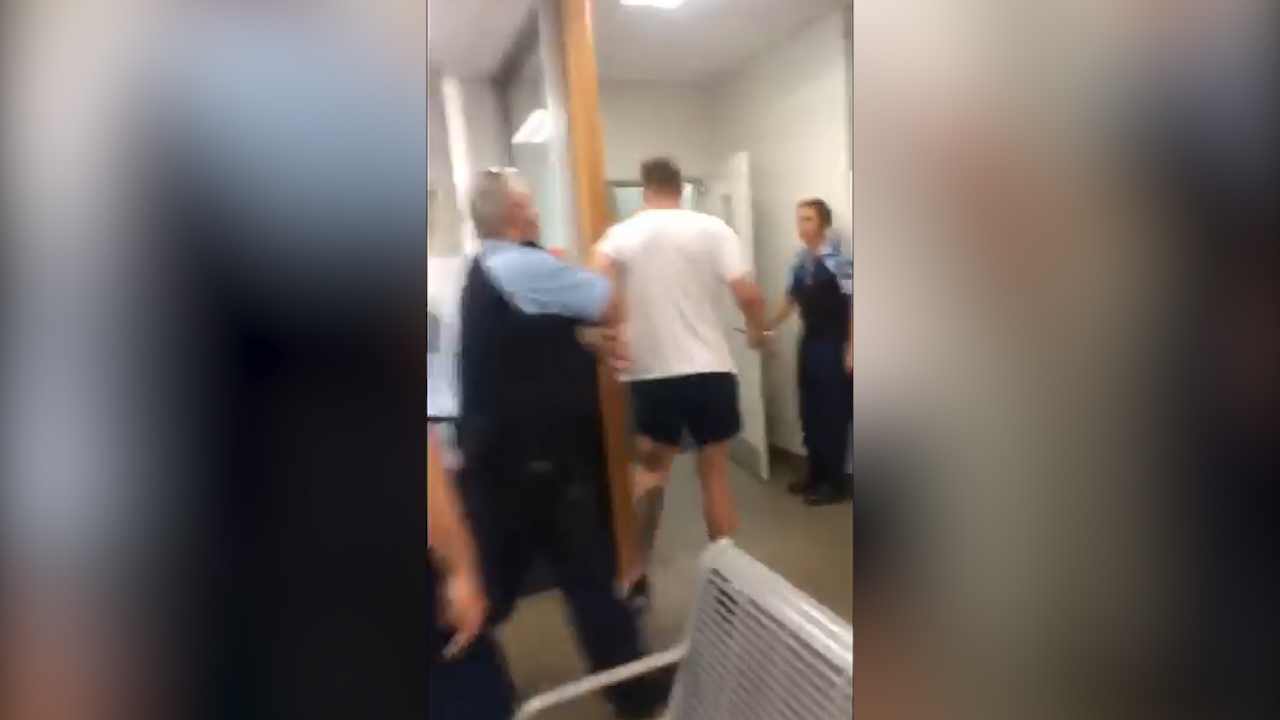 When asked why he had not practised self-isolation, he told the officer: "I have to report every day or I go to jail".

While inquiries were being made regarding the man's claims, the police station was closed and the necessary isolation protocols were put in place.

He was then let back inside to the station after inquiries revealed he did not have the virus.

"It's a little bit of a laugh," he can be heard boasting."I just came here wanting a bit of fun".

Officers from Coffs/Clarence Police District arrested him at the station, where he was charged with stalk or intimidate intending fear or physical harm, and resisting or hindering a police officer in the execution of duty.

He was granted strict conditional bail and is due to appear in Coffs Harbour Local Court on May 6.