The CFMEU’s Melbourne headquarters has been declared a Tier One coronavirus exposure site after demonstrators protested outside the office last week.

The CFMEU's Melbourne headquarters has been declared a Tier One coronavirus exposure site after demonstrators protested outside the office last week.

The union in a statement said the "reckless behaviour" of the protesters had led to staff and officials becoming infected with COVID-19, with four positive cases being recorded.

The office has been marked as a Tier One site, meaning union staff and officials must isolate for two weeks. 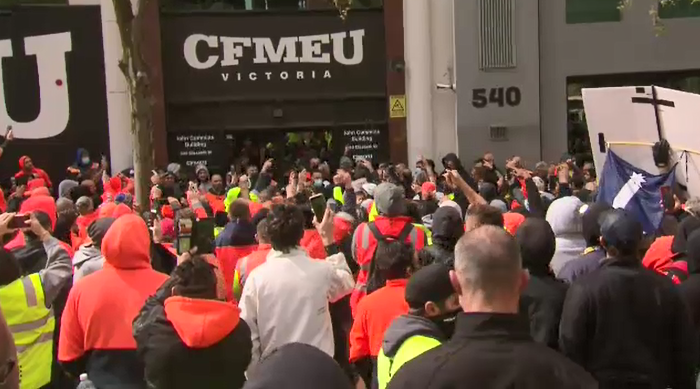 "Officials and state are deeply concerned for the wellbeing of their families and the risk of the infection spreading," the statement read.

"A Tier One exposure side by definition means that it has been identified that a person with COVID-19 has been at that site," he said.

"You can draw conclusions from that."

Thousands of protesters marched through Melbourne CBD streets last week in protest against mandatory COVID-19 vaccinations, including for the construction sector. 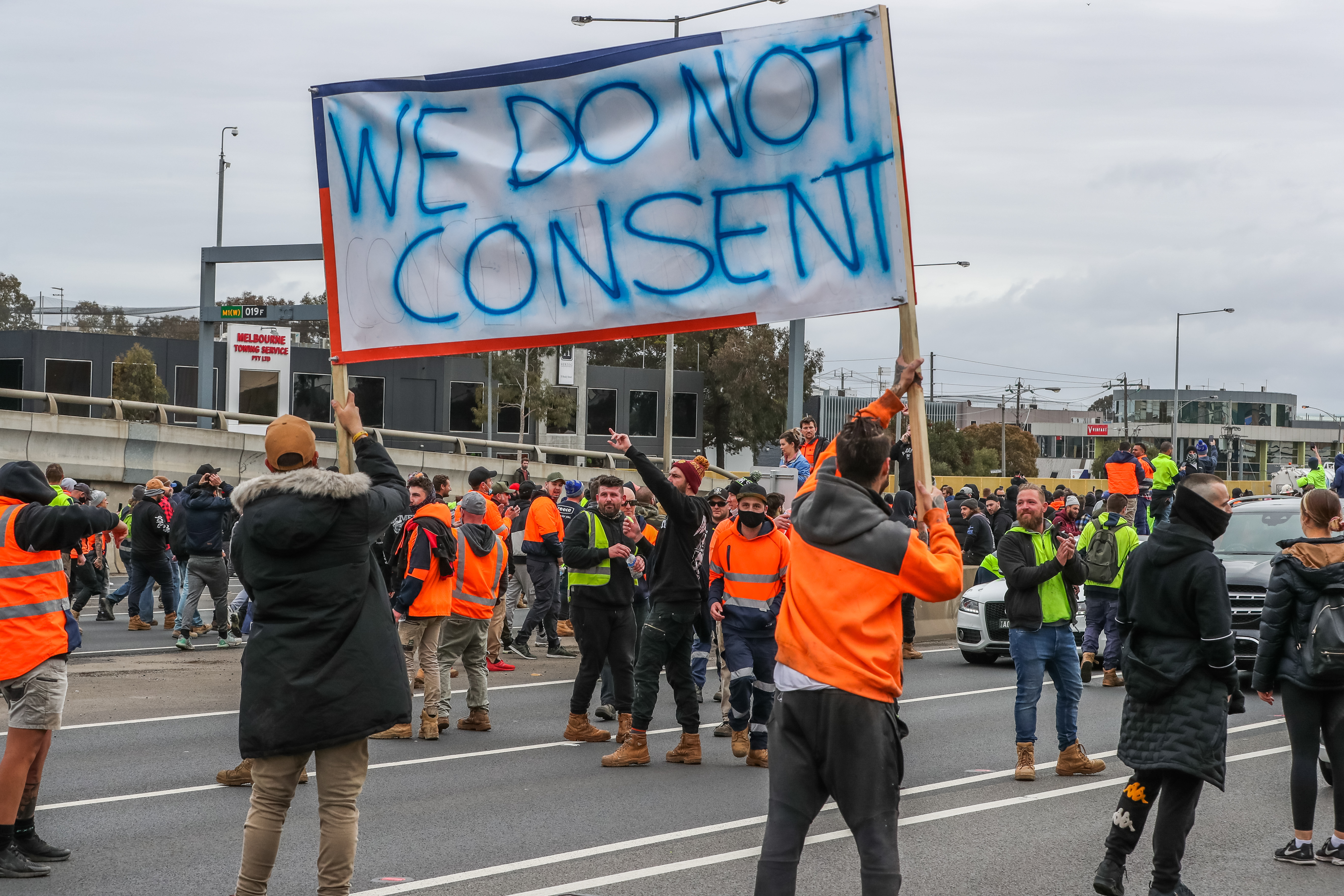 The protesters, many of whom were unmasked, gathered around the entrance of the office while chanting, yelling and throwing items.

Hundreds of arrests linked to the illegal protests were made by police last week.

The construction industry was shut down last week due to climbing coronavirus cases as well as a blatant disregard for the rules by some workers in the sector.

READ:  Air pollution in major cities down by up to 60 per cent during virus lockdowns 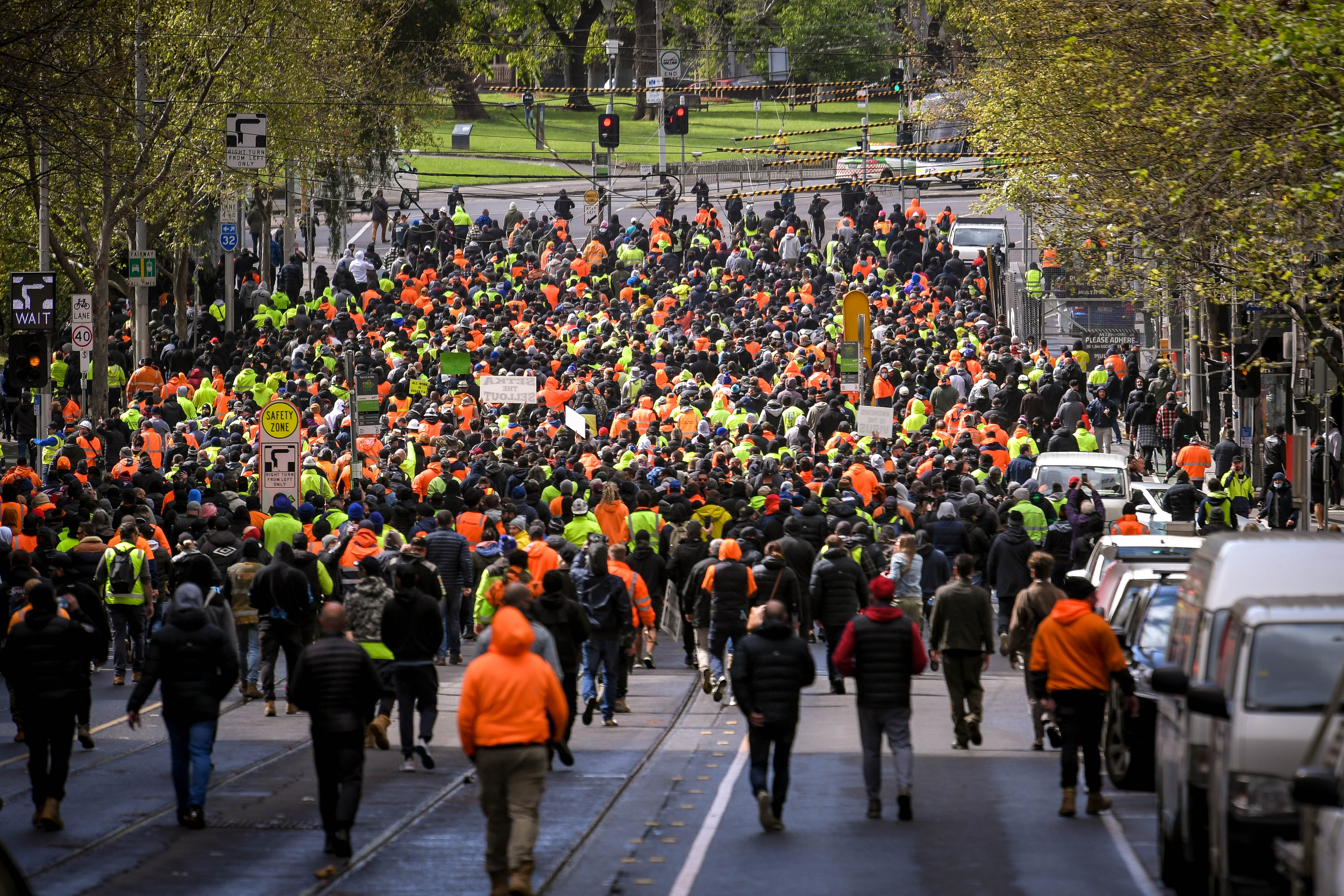 "This outbreak caused by the disgusting behaviour of selfish and reckless people with no regard to the wellbeing of the thousands of construction workers or their families will not deter our commitment to getting construction back open and all our members back to work," CFMEU secretary John Setka said.

Mr Setka reiterated the lack of consultation before the shutdown announcement was "frustrating" as more than 300,000 workers were affected by the closure.

"Construction workers not being able to work and earn an income to put food on the table and pay mortgages puts enormous stress on families," he said.

"We are working tirelessly on a road map for the government and CHO to get construction open and everyone back to work."

The construction industry is due to reopen again next Tuesday.