A quiet afternoon has turned into a deadly game between a snake and dogs in this Altona Meadows backyard.

A Melbourne woman has been captured on CCTV rushing to the aid of her rescue dogs after a deadly tiger snake crossed the family backyard.

A closer inspection of the footage shows a highly-venomous tiger snake slithering across a backyard deck before the dogs notice it. 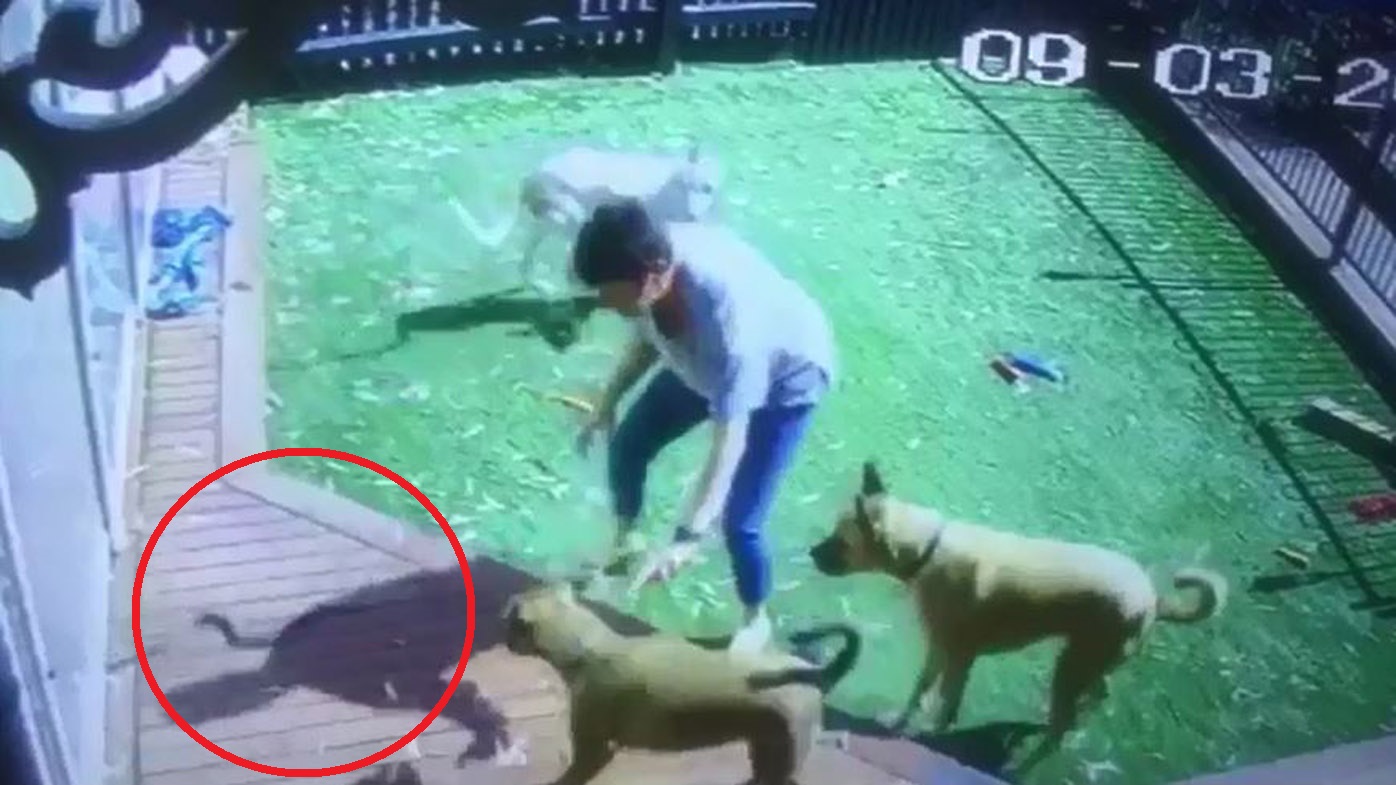 One of the dogs, Karma, bit the snake before Debbie comes in to break up the stoush.

The dramatic video comes as a timely reminder for dog owners to be aware that many snakes will live in the same areas as family canines.

Tiger snakes are often associated with watery environments such as lagoons and swamps, and are relatively prevalent in grazing lands where water and shelter such a timber piles are present. 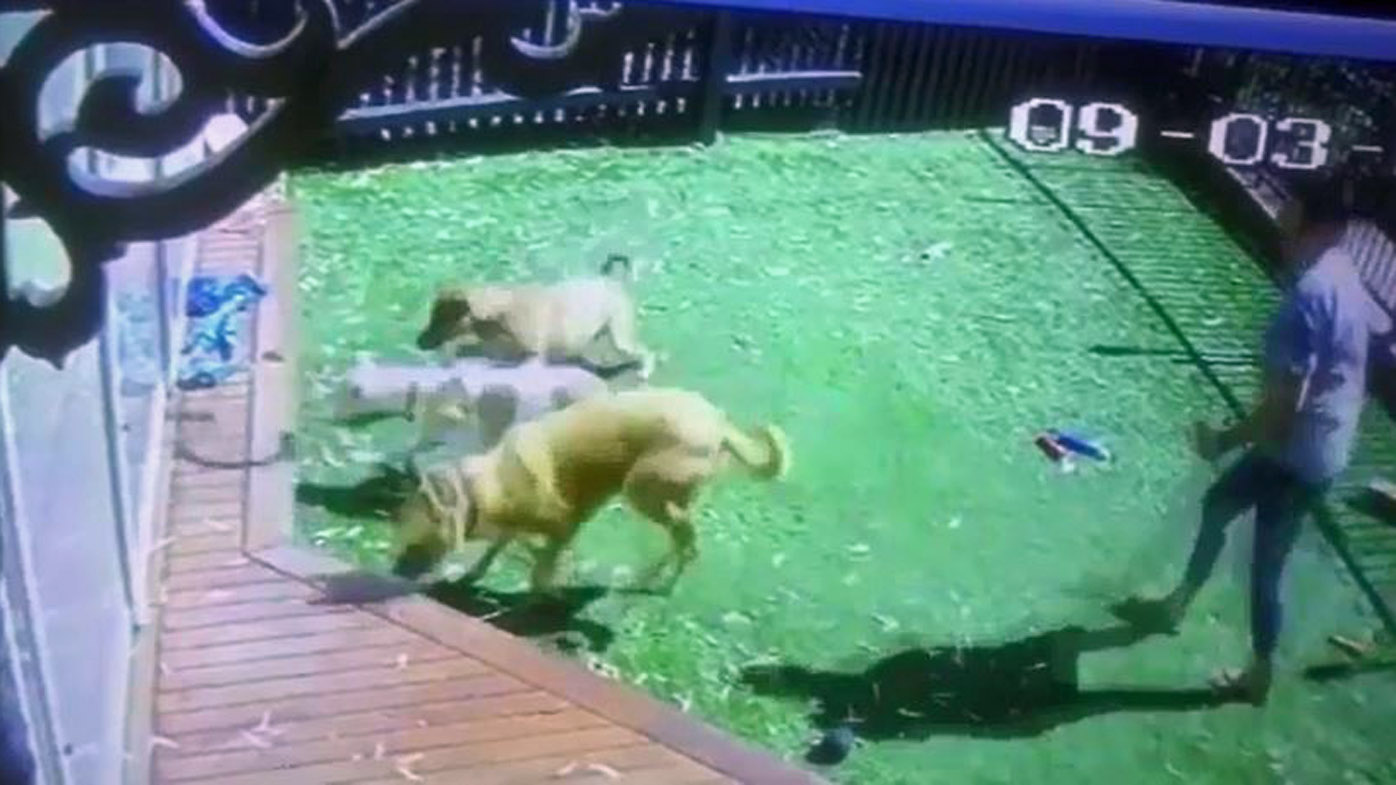 Tiger snakes have earnt a fearsome reputation because of their aggressive nature and toxic venom.

The RSPCA warns owners that if you suspect your dog has been bitten by a snake they should be taken to a vet immediately.

"The chances of recovery are much greater if your pet is treated early, with some pets making a recovery within 48 hours," the RSPCA advises.

"Pets left untreated have a much lower survival rate and many die.

"If your vet is some distance away, if practical, you can apply a pressure bandage – a firm bandage over and around the bite site – to help slow the venom spreading to the heart."

Canine symptoms of a snake bite include sudden weakness or collapse, shaking, vomiting, loss of bladder control and blood in urine.