If Cardi B had her way, Representative Alexandria Ocasio-Cortez would take up residence in the White House one day. The ‘WAP’ rapper, who’s no stranger to wading into politics, has endorsed the Democratic New York …

If Cardi B had her way, Representative Alexandria Ocasio-Cortez would take up residence in the White House one day.

The ‘WAP’ rapper, who’s no stranger to wading into politics, has endorsed the Democratic New York congresswoman for a future presidential run, should she ever set her eyes on becoming commander in chief.

“She better run for president when she turns 35,” Cardi B wrote on Twitter Saturday about 30-year-old Ocasio-Cortez, who will turn the eligible age for president a few weeks before the 2024 election.

The rapper was responding to multiple videos the lawmaker shared on Friday about the barriers many people face in accessing adequate health care, noting that she had to “get elected to Congress for me to afford dental treatment.”

She better run for president when she turns 35 https://t.co/TcSfYLGeah

Ocasio-Cortez explained that after having braces as a child, her retainer broke in her 20s when she “couldn’t afford an orthodontist,” so her dental health took a back seat. But after getting elected to congress in 2018, she had health insurance for the first time in years. While it wasn’t enough to cover the full costs of dental care, she noted, it at least allowed her to save up enough money.

“Everyone deserves this. Healthcare is a right. Medicare for All includes DENTAL, mental, and physical health,” Ocasio-Cortez wrote, adding that making fun of people’s smiles has classist and racist undertones. “And even in a world where it doesn’t cover some treatments, it still offsets costs to make them accessible to everyone.”

Never one to miss out on an apropos music opportunity, Ocasio-Cortez then quoted Cardi B’s smash hit, “Bodak Yellow,” writing, “In other words, I got a bag and fixed my teeth. EXCEPT YOU SHOULDN’T NEED A BAG TO FIX YOUR TEETH.” 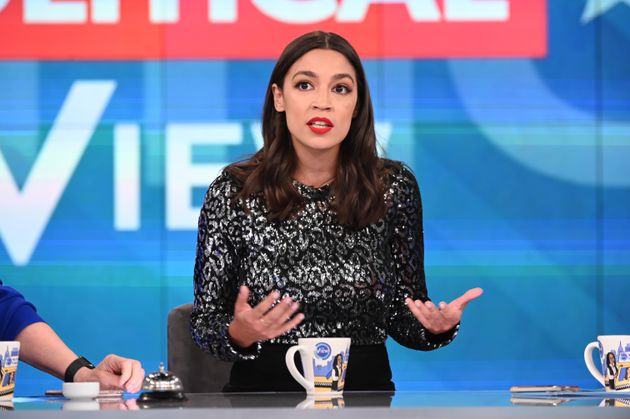 Cardi B clearly took notice, giving the progressive politician her stamp of approval.

Without missing a beat, Ocasio-Cortez responded to the shoutout shortly after, referencing the rapper’s newly released song ‘WAP’ with Megan Thee Stallion, which is projected to debut at No. 1 on the Billboard charts in the coming week.

“Women Against Patriarchy (WAP) 2020 😜,” Ocasio-Cortez wrote in response, tweaking the meaning of the track’s much-discussed name.

In March, Ocasio-Cortez addressed the speculation over a possible presidential run in a Q&A on social media. “I want to level with all of you, I’m not a person that aspires to a position. I aspire to a mission,” she said in the video. “We can’t swing from one savior to another. There’s a lot of savior-ism in politics, like ‘Who’s next?’ and ‘Who’s gonna save us?’ And the answer is you. The answer is people.”

In an interview published Tuesday, Cardi B, who like Ocasio-Cortez endorsed Bernie Sanders in the 2020 Democratic presidential primary, took aim at President Donald Trump and the Republican Party.

The interview was published amid an outcry from conservative pundits who called for Cardi B’s song “WAP” to be banned over its sexually explicit lyrics.