Canberrans are now able to possess up to 50 grams of cannabis and grow two plants.

Canberrans are now able to possess up to 50 grams of cannabis and grow two plants.

Today marks the start of new laws passed in the capital in September, with health authorities rolling out a new campaign.

The ACT government maintains it's not encouraging the use of cannabis, calling the laws an "evolutionary change". Prime Minister Scott Morrison joked he would not be partaking in the new changes, saying the Commonwealth wouldn't intervene to overturn the laws.

"I've always been a federalist and states will make their own decisions according to their own priorities," Mr Morrison told the National Press Club on Wednesday.

"I would expect federal law enforcement agencies to enforce the law."

"This isn't about legalising and getting a system of sale going on ... all we are doing is providing a legal excuse for adults," Mr Ramsay said on Thursday.

"They are small changes. They are important changes." 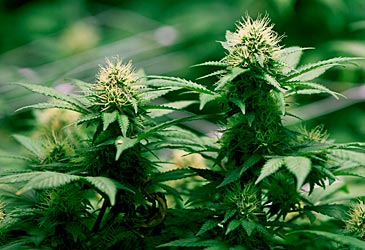 Police are still able to charge people for possession under federal law rather than ACT law.

But Mr Ramsay said it would be a "strange use" of police resources to pursue federal charges.

Canberrans over 18 will be able use marijuana in their own homes, possess up to 50 grams of dried cannabis and grow two plants.

A maximum of four plants can be grown per household while hydroponic set ups are still illegal.

Drug-driving laws will still be in effect and users cannot expose children to the drug. People are also not able to legally buy seeds to grow the plants.