An emergency alert sent to residents of Canada's Ontario province that warned about an "incident" at a nuclear power plant was sent in error.

On Sunday morning at about 7.20am (local time), an "incident" was reported at the Pickering Nuclear Generating Station near Toronto, triggering the government to send an emergency alert to local residents.

The bulletin, sent to people within 10 kilometres of the nuclear plant, did not offer details about the incident. 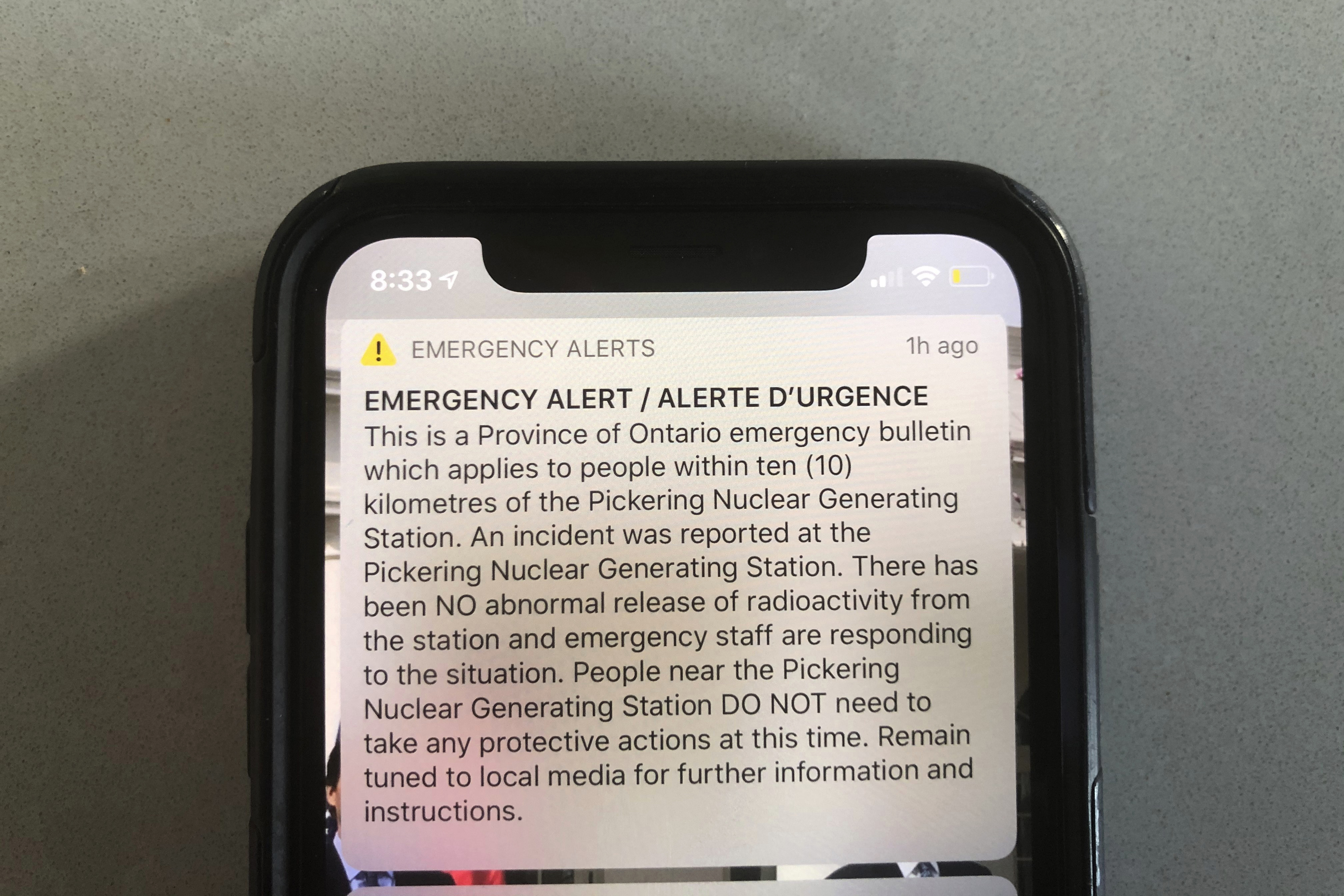 "There has been NO abnormal release of radioactivity from the station and emergency staff are responding to the situation. People near the Pickering Nuclear Generating Station DO NOT need to take any protective actions at this time," said the mobile alert.

The Province of Ontario urged residents to turn to local media for further information and instructions.

But shortly afterward, officials said the alert had been sent in error.

"There is no danger to the public or environment," Ontario Power Generation said in a tweet sent at 8.06am.

"There was no event, the message was sent in error," Sgt Kerry Schmidt, a spokesman for the Ontario Provincial Police, said.

The alert was sent during a routine training exercise conducted by the Provincial Emergency Operations Centre, Ontario Power Generation said.

The company said the Solicitor General of Ontario had confirmed there was no intention to notify the public in this instance. 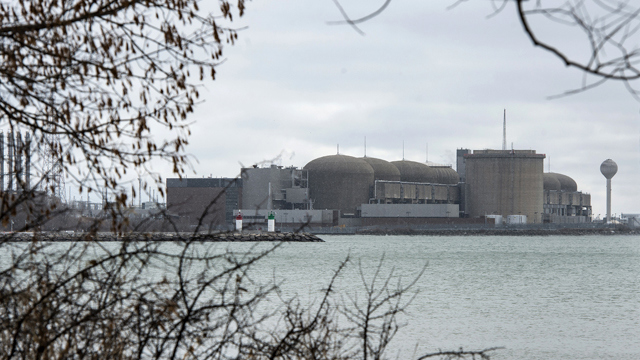 A full investigation will be conducted to determine the cause of the error, the company said.

"OPG has a sophisticated and robust notification process in place that we would immediately follow in the unlikely event of an incident at the station," OPG Chief Nuclear Officer Sean Granville said.

"I want to assure the public that there was no incident at the station, and the plant is operating as designed."

The mistake angered some Ontario residents.

"Someone needs to be held accountable for this. This is a completely unacceptable use of the Emergency #Alert System. You had the entire province waking up in fear," one man wrote on Twitter.

The Pickering Nuclear Generating Station, about 45km east of Toronto, features six nuclear reactors and accounts for about 14 per cent of Ontario's electricity needs, its website says.

The station is expected to remain safely in service until 2024.