It's not flashy or futuristic, but it's simple, cheap and apparently effective: British aircraft interior company RAS Completions says its new personal protection shield could help protect fliers from COVID-19.

The shield is designed to be installed between seats and doesn't involve taking the middle seat out of action.

The Personal Protection Window is currently seeking approval from the European Union Aviation Safety Agency (EASA) and RAS Completions says it will be ready for airline customers within the next couple weeks. 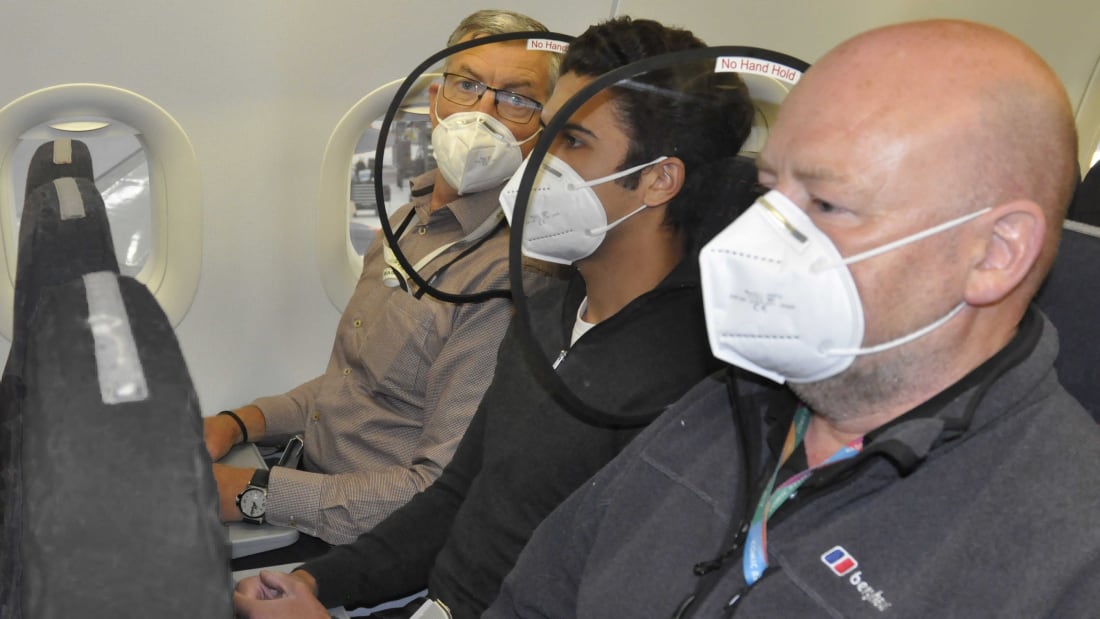 The shields are designed to protect passengers from the risk of droplet transmission and are made from transparent polycarbonate.

According RAS Completions Business Development Manager Roger Patron, the idea is to produce a "single product that fits every type of commercial aircraft."

It's mainly designed to aid economy seating, Mr Patron says, as that's where passengers tend to be closest together, but it could also be used in different classes of cabin.

"We tried to make them the simplest, effective way of keeping people safe."

"Our product is very simple to make, it will be cheap, it will do the job - it's not about the look, although we obviously understand that we want people to feel safe within the cabin."

Airlines have suffered financial losses in the wake of the pandemic and will be keen to come up with solutions to getting passengers back in the sky that don't break the bank.

The International Air Transport Association (IATA) has suggested that taking the middle seat out of service isn't realistic for this reason. 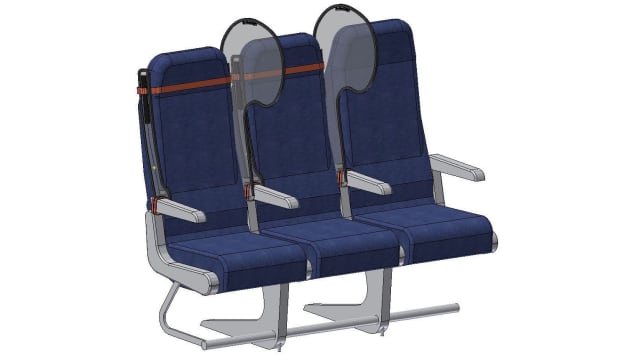 This hasn't stopped some aviation companies suggesting solutions that involve eradicating the middle seat - including Interspace Lite, from transportation technology company Universal Movement, which envisages a temporarily-blocked-off middle seat and reimagines that seat as a divider.

Universal Movement has partnered with airplane seat manufacturer Safran and aims to bring Interspace to market by late summer.

Meanwhile, Italian company Aviointeriors has suggested a row of three economy seats with the middle seat facing the opposite way.

While French engineer Florian Barjot's concept, PlanBay, also includes a removable piece of kit that could be placed on the middle seat.

Social distancing in the air

Mr Patron says he's aware that getting travellers comfortable with flying again could be a challenge.

"I think if you had the alternative which was nothing in between you and somebody you didn't know sitting a few inches away from you, I think I, for sure, would feel more secure," he said.

"If I had a little non-intrusive screen which gave me comfort that the airline first of all cared, and also gave me the opportunity to distance myself from somebody in very close proximity." 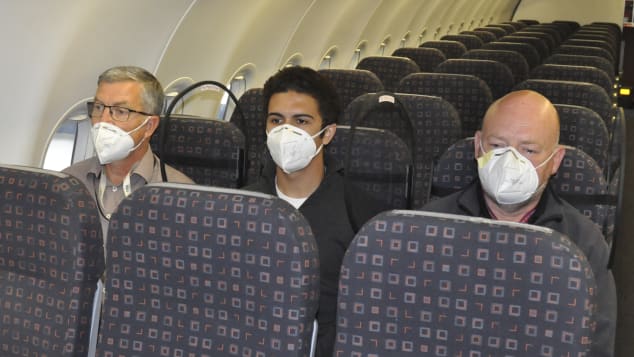 Because the shields are easy to install and uninstall, Mr Patron says it's also a solution that's adaptable for an ever-changing situation - ideally to be used alongside face masks and hand sanitiser.

Mr Patron says RAS Completions has been in contact with airlines and some are showing interest, others are remaining cautious and seeing how the market develops.

"We see this as a medium, not long-term solution," he says.

"It has gone through some very rigorous testing, so if the airline needs it for six months or a year then it's built for that."