New York Governor Andrew Cuomo's grip on power appears increasingly threatened as a majority of state legislators called for his resignation and police in the state capital said they stood ready to investigate a groping allegation.

The firestorm around the Democrat grew a day after the Times Union of Albany reported that an unidentified aide had claimed Mr Cuomo reached under her shirt and fondled her at his official residence late last year. 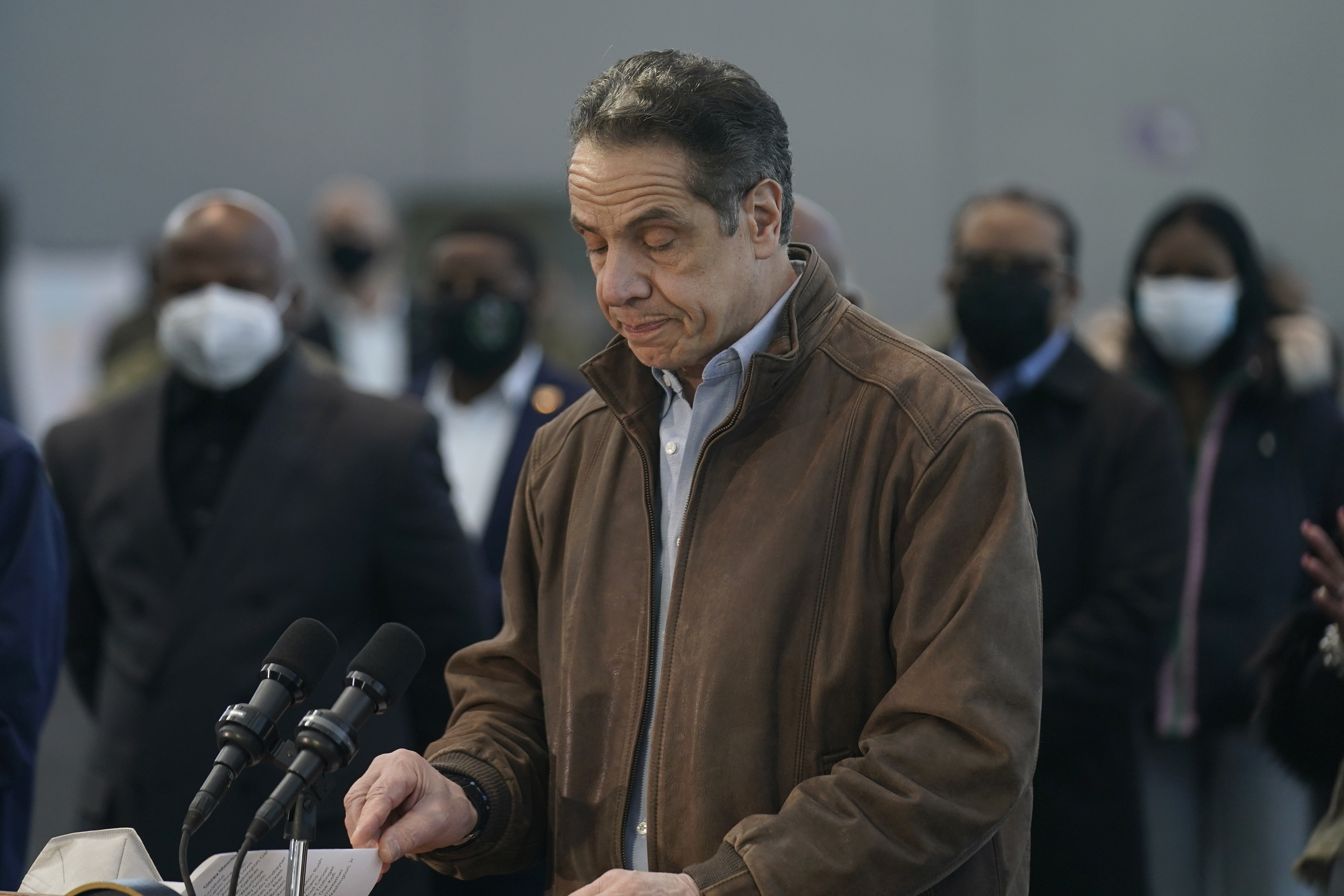 A lawyer for the governor said today that she reported the allegation to Albany police after the woman involved declined to do so herself.

“In this case, the person is represented by counsel and when counsel confirmed the client did not want to make a report, the state notified the police department and gave them the attorney’s information," Beth Garvey, the governor’s acting counsel, said.

She said the state was obligated to do so under state law.

An Albany Police Department spokesperson, Steve Smith, didn't immediately return a message from The Associated Press, but told The New York Times police had reached out to a representative for the woman.

The possible involvement of police comes as more lawmakers called on Mr Cuomo to resign over alleged misconduct with women and allegations his administration concealed how many nursing home residents died of COVID-19.

At least 121 members of the state Assembly and Senate have said publicly they believe Mr Cuomo should quit office now, according to a tally by The Associated Press.

READ:  Man dies after being shot at Sydney home 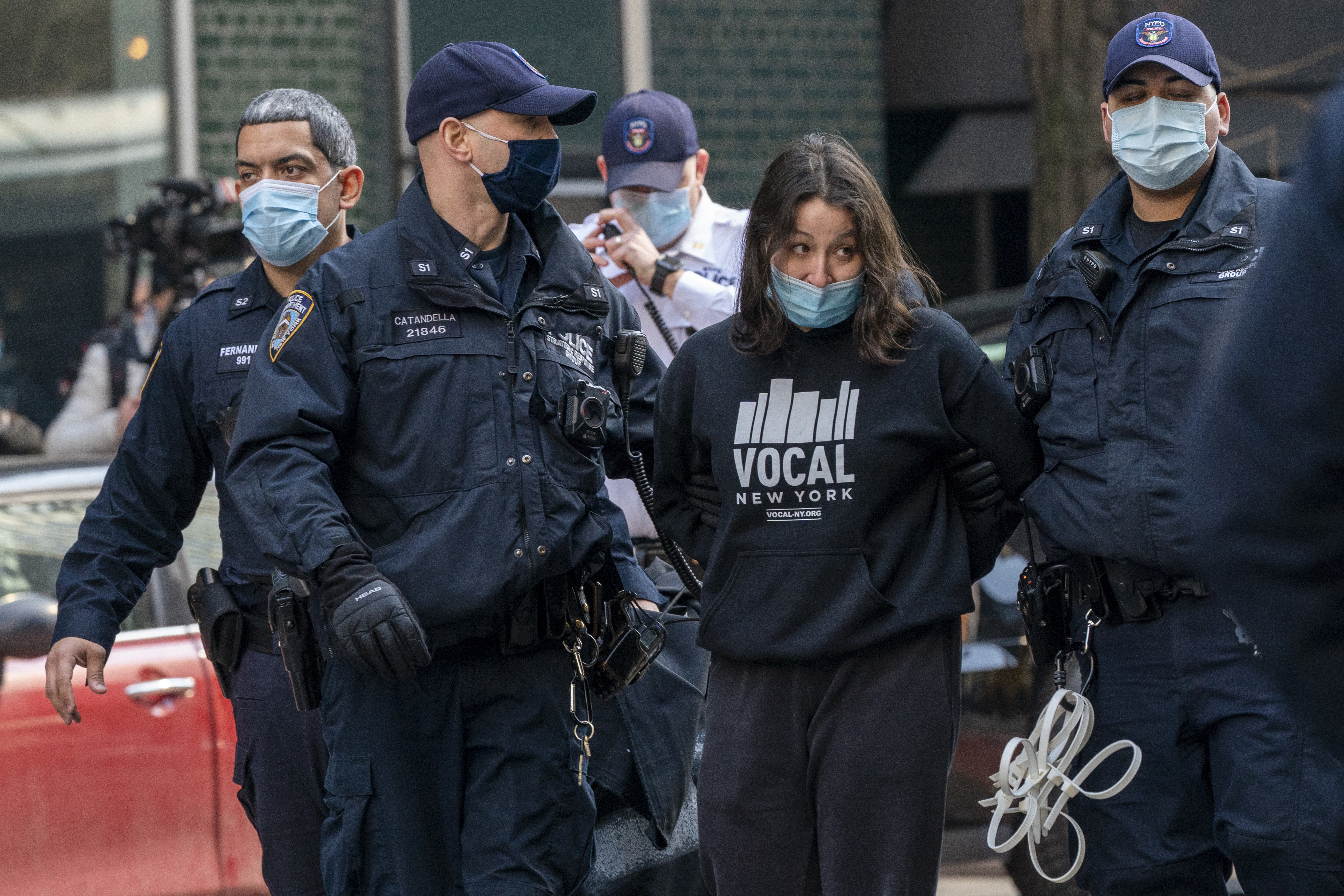 The count includes 65 Democrats and 56 Republicans.

The top Democrat in the state Assembly, Speaker Carl Heastie yesterday backed a plan for its judiciary committee to launch an investigation of the governor.

The committee's inquiry could be wide-ranging: from alleged sexual misconduct to COVID-19 outbreaks at nursing homes, according to committee member Tom Abinanti.

It would come on top of a separate inquiry of sexual harassment allegations being conducted by state Attorney General Letitia James.

“The legislature needs to determine for itself what the facts are," Mr Abinanti said.

“For the people who want immediate impeachment, I think we say please be patient.

"The process is slow. This could be the next step."

In New York, the Assembly is the legislative house that could move to impeach Mr Cuomo, who has faced multiple allegations that he made the workplace an uncomfortable place for young women with sexually suggestive remarks and behaviour, including unwanted touching and a kiss.

One aide claimed the governor's aides publicly smeared her after she accused him of sexual harassment.

Mr Cuomo’s support in the state Senate was especially thin.

Roughly two thirds of its members have called for the Democrat’s resignation, including Majority Leader Andrea Stewart-Cousins.

A group of 59 Democrats, including 19 senators and 40 Assembly members said in a letter published today that it was time for Mr Cuomo to go.

“In light of the Governor’s admission of inappropriate behaviour and the findings of altered data on nursing home COVID-19 deaths he has lost the confidence of the public and the state legislature, rendering him ineffective in this time of most urgent need,” the letter said.

“It is time for Governor Cuomo to resign.”

Mr Cuomo has repeatedly said he won’t resign and urged the public to await the outcome of the attorney general's investigation.

Asked for comment, Mr Cuomo’s office referred reporters to previous statements in which the governor denied inappropriately touching anyone, but apologised for some comments he made to female staffers.

He has said he was engaging in what he thought was playful banter and didn't realise it was making people uncomfortable.

In the newest allegation against Mr Cuomo, the Times Union of Albany reported that the governor had summoned the aide to his Albany mansion, saying he needed help with his mobile phone.

After she arrived, Mr Cuomo closed the door, reached under her shirt and fondled her, the newspaper reported.

The newspaper’s reporting was based on an unidentified source with knowledge of the woman’s accusation, who said she first told the story to someone on Mr Cuomo's staff in recent days.

The newspaper hadn't spoken to the woman and didn't identify her.

“I have never done anything like this,” Mr Cuomo said through a spokesperson on Wednesday evening.

Several other women who worked for the governor in Albany or during his time as the US housing secretary, and one who met him briefly at a wedding, have also accused Mr Cuomo of inappropriate conduct.

Federal investigators are scrutinising how the Cuomo administration has handled data about how many nursing home residents have died of COVID-19.

The governor and his aides argued for months that it couldn't release full figures on deaths because it had yet to verify the data.

The state Assembly has 150 members.

It could convene an impeachment trial against Mr Cuomo with a simple majority vote.

Until the new allegations surfaced, most of its members appeared to be leaning against trying to convene an impeachment or demanding Mr Cuomo's resignation until the attorney general's investigation was complete.

The state Senate, which would join with members of the state's top appeals court to hold an impeachment trial, has 63 members.