Australia has about to hit another coronavirus vaccine milestone, with the nation about to pass 70 per cent of people having their first jab.

Australia has about to hit another coronavirus vaccine milestone, with the nation about to pass 70 per cent of people having their first jab.

Overall in Australia, 69.1 per cent of adults have had one vaccination and 44.7 per cent have had both.

LIVE UPDATES: Almost 70 per cent of nation have had one jab

A total of more than 23.7 million vaccine doses have been given out.

The nation's reopening plan hinges on coronavirus vaccination rates of 70 per cent, and then 80 per cent, in each state or territory.

The plan was outlined by Prime Minister Scott Morrison last month, after being initially revealed in July. GPs, pharmacies and state-run hubs are all doing vaccinations with AstraZeneca and Pfizer and you can book here.

Here are the latest state and territory breakdowns according to the Australian Government.

The numbers are for eligible adults, and the latest data is from September 16.

READ MORE: Doherty Institute says opening up with 70 per cent vaccinated possible with 'tens or hundreds' of daily cases

In NSW, 80.7 per cent of residents have had their first jab and 49.6 per cent are fully vaccinated.

The state has revealed its lockdown exit plan, which will be triggered when 70 per cent have had both doses.

READ MORE: 'We will live with this virus': PM sets wheels in motion to open up

In Victoria, 69.3 per cent of residents have rolled up their sleeves once.

A total of 42.4 per cent are fully vaccinated.

Residents are awaiting a lockdown exit plan, due on Sunday.

EXPLAINED: How to get a coronavirus vaccine, state-by-state 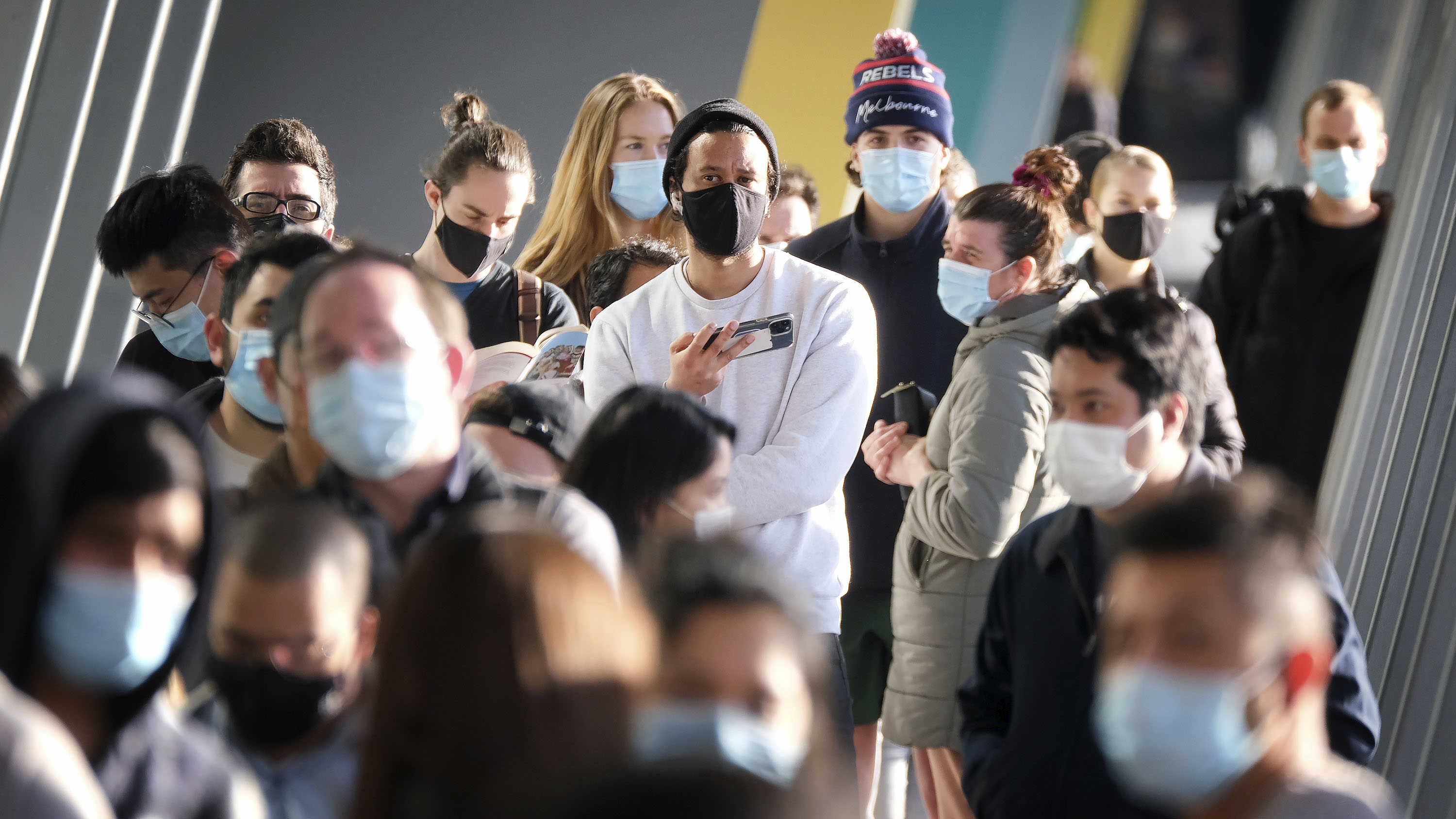 The Sunshine State has given 58.2 per cent of people one dose, and 39.9 per cent have had both.

READ MORE: Pfizer on offer for Queenslanders 60 and over

A total of 60 per cent of South Australians have answered the call to get vaccinated - and 42.4 per cent have finished both doses.

Western Australia might be ultra-cautious on reopening, but 58.6 per cent have had their first jab now, and 39.9 per cent are fully vaccinated.

Tasmania has seen 69.1 per cent of people come forward for one dose, and 50.3 per cent are fully jabbed.