An American busker visiting Adelaide for the Fringe Festival has been attacked with his own ukulele.

An American busker visiting Adelaide for the Fringe Festival has been attacked with his own ukulele.

Matt Eberhart was mid-way through a performance and dressed as a pencil when he was set upon by a person walking past around midday.

Video filmed by onlookers shows the man grabbing the ukulele and threatening Mr Eberhart before hitting the busker and damaging the instrument. 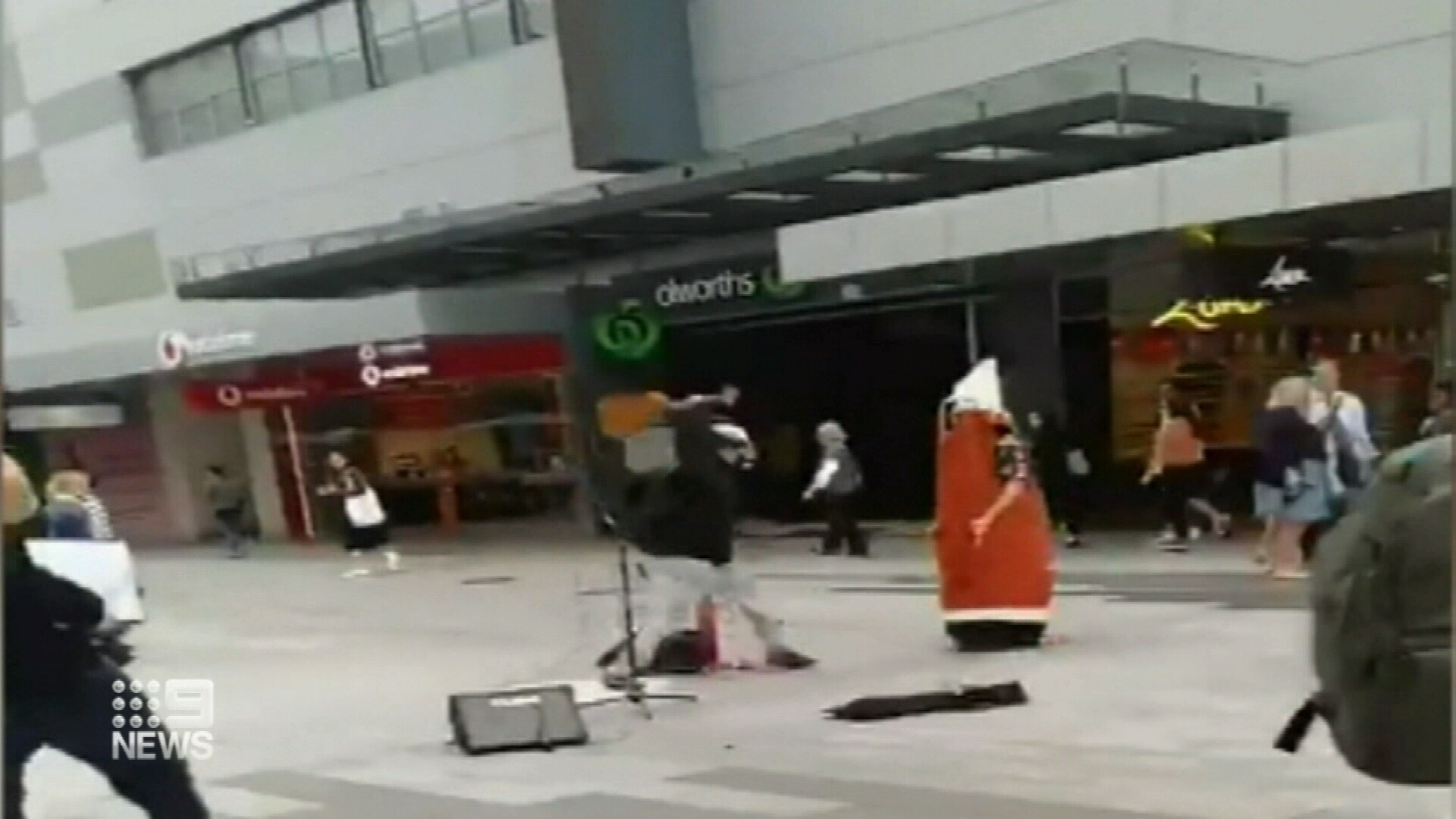 Witnesses quickly stepping in, jumping on the suspect and detaining him until police arrived.

As officers placed the 29-year-old in handcuffs a knife could be seen next to the man, which was seized by police.

Mr Eberhart has told 9News he was taken by surprise. 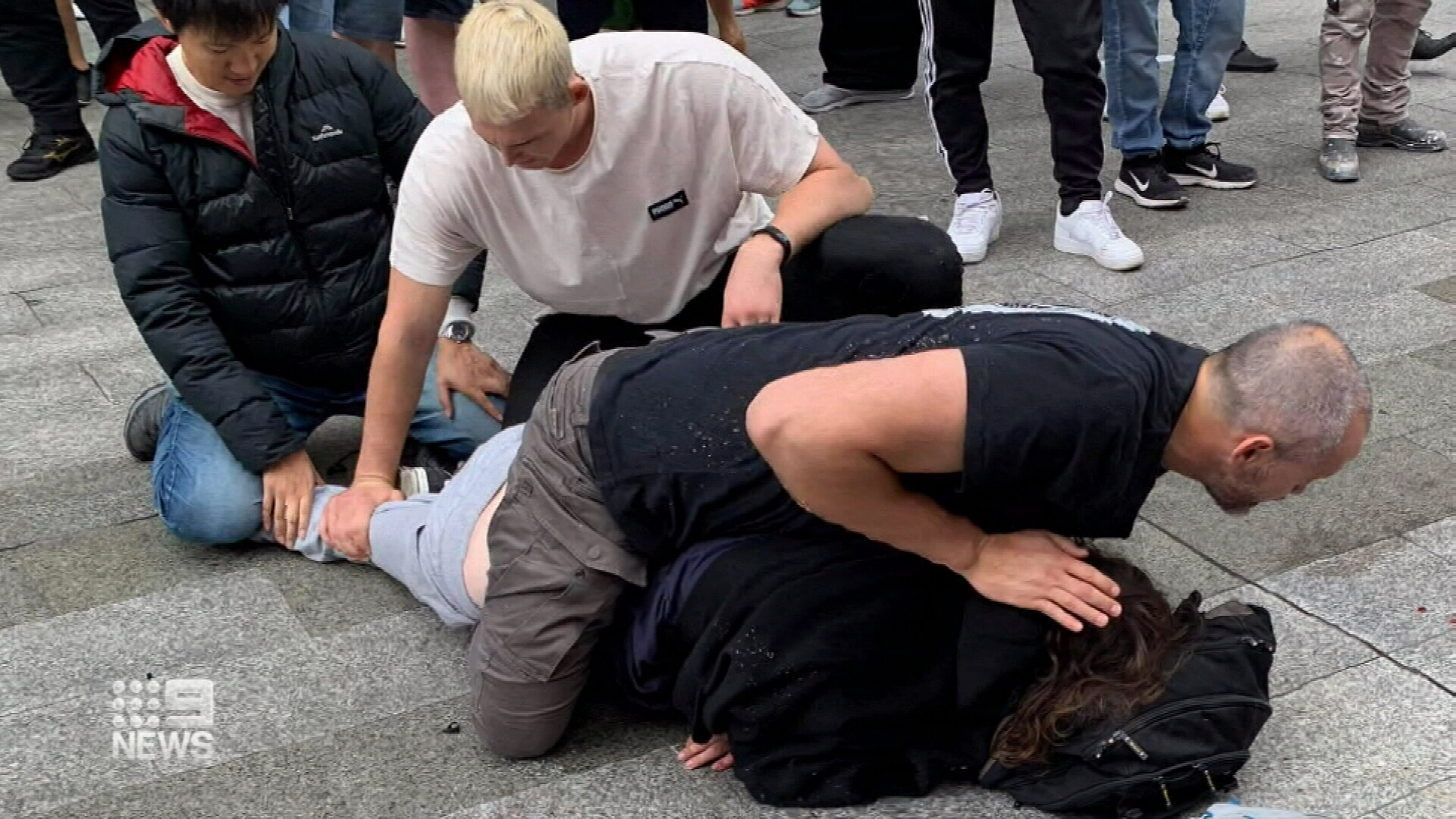 "I was just performing and someone got upset with me, he came out of nowhere, grabbed the ukulele and hit me on the head with it," Mr Eberhart said.

"At first when he had my instrument I was just trying to get the instrument back basically to keep him from breaking it but he ended up taking a swing at me with it.

"I'm maybe not the best performer, but I'm not that bad and all my jokes are just fun. I'm wearing a pencil costume, it's just fun, it's not personal, there's no reason to get aggressive." 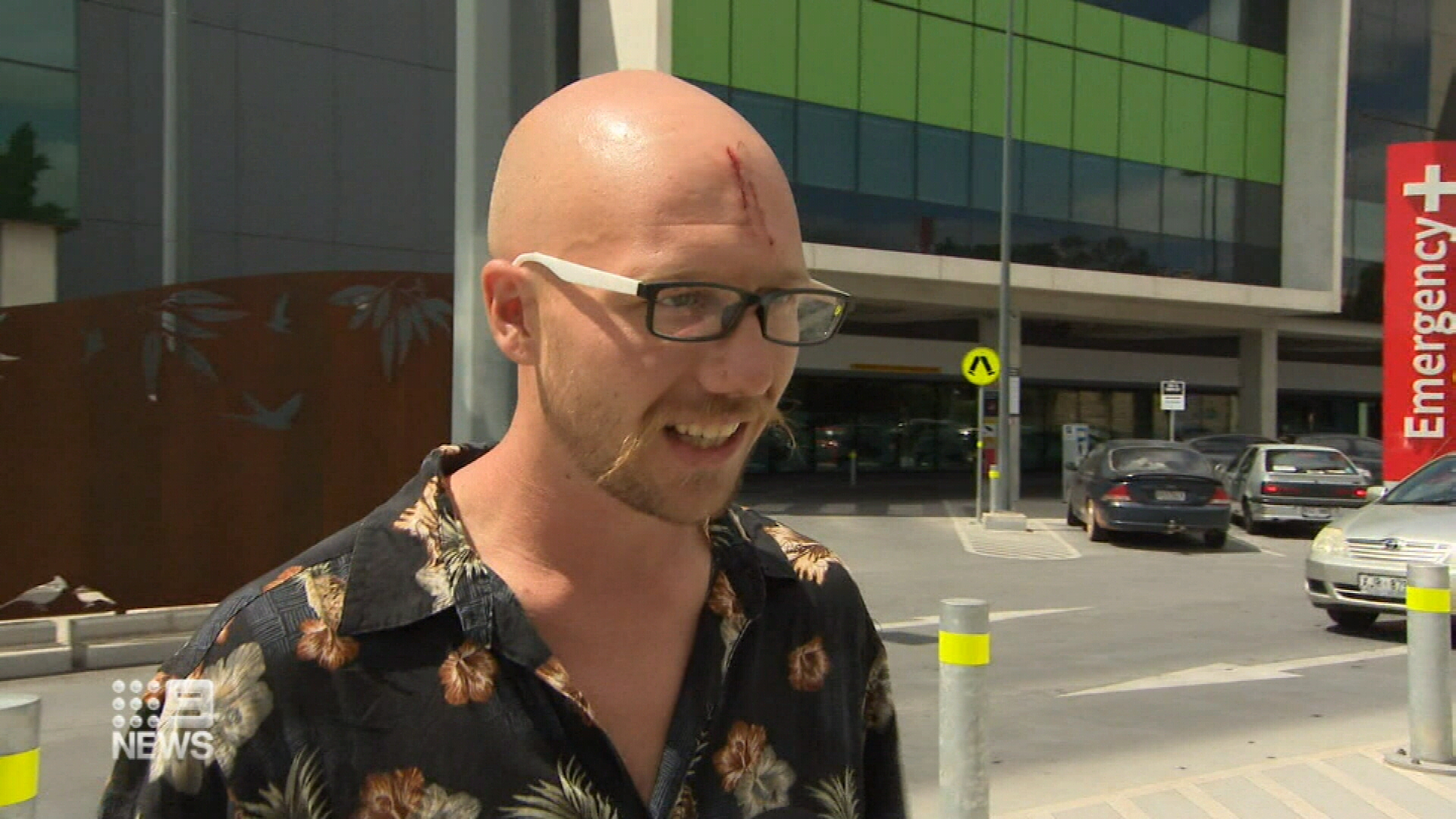 Mr Eberhart was transported to the Royal Adelaide Hospital where he was treated for his head wound.

Police have thanked the members of the public for their assistance and say that anti-social behaviour or violence of any kind will not be tolerated.