Two Swedish bushwalkers have had to be roped across an overflowing watercourse by police after becoming trapped by floodwaters in the Blue Mountains yesterday.

Two Swedish bushwalkers have had to be roped across an overflowing watercourse by police after becoming trapped by floodwaters in the Blue Mountains yesterday.

The pair were returning from a camping trip along the Six-Foot Track at Katoomba when they became trapped between two raging watercourses.

The men had gotten into difficulties crossing one fast-flowing watercourse, which had become swollen by heavy rain. 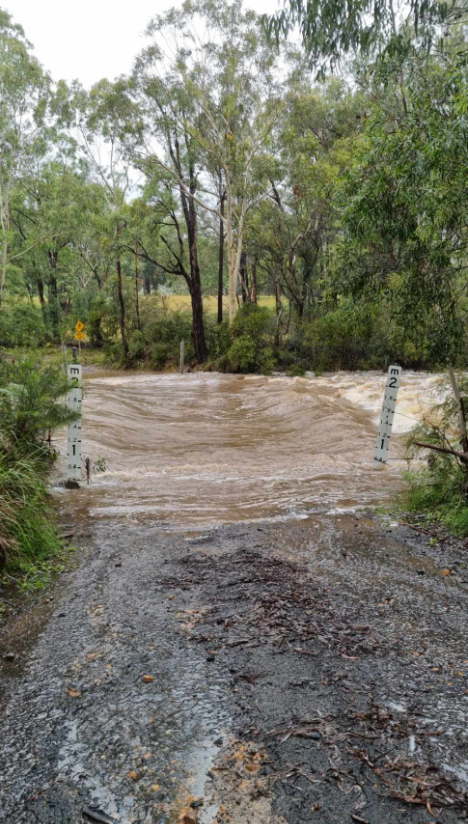 They managed to cross to the other side but as they continued along the track, their path was again blocked by another gushing body of water which had formed a waterfall across the track.

They called '000' and Police Rescue and NSW Ambulance SOT paramedics were called in.

Authorities said the conditions on the ground were very difficult, with some roads impassable because of flooding.

Police officers set up a roping system, placed the bushwalkers in harnesses and were able to assist them across the falls safely.

"This rescue was particularly difficult because of the conditions we encountered on the track," Chief Inspector Murray Traynor, NSW Ambulance said.

"The two bushwalkers are extremely fortunate it ended the way it did. The weather much of the state is experiencing right now really isn't right for hiking."

The duo suffered dehydration but were able to walk out of the area by themselves and were "eager to head home".

It comes as many nearby communities, including along the Hawkesbury River, were ordered to evacuate as dams overflowed and flash flooding escalates.