Bus drivers in NSW are threatening to go on strike for 48 hours next week if the government does not address their coronavirus health and safety concerns.

Bus drivers in NSW are threatening to go on strike for 48 hours next week if the government does not address their coronavirus health and safety concerns.

The Rail, Tram and Bus Union (RTBU) said it had written to Premier Gladys Berejiklian giving notice of the proposed strike, which would run from Monday and affect bus services in North West Sydney, the North Shore, Northern Beaches and Eastern Suburbs.

RTBU Tram and Bus Division Secretary, David Babineau, said the government had refused to meet with the union to listen to driver concerns about social distancing and a lack of regulation over the use of masks.

"Bus drivers have been fronting up to work every day during this pandemic, despite great personal risk to themselves and their families, to keep our state moving," Mr Babineau said.

"The Government has consistently failed to provide proper regulations for public transport users. What regulations they have put in place, such as passenger limits, they have failed to enforce.

"Bus drivers have given notice that we cannot in good conscience continue to work in an environment that endangers themselves and the travelling public." 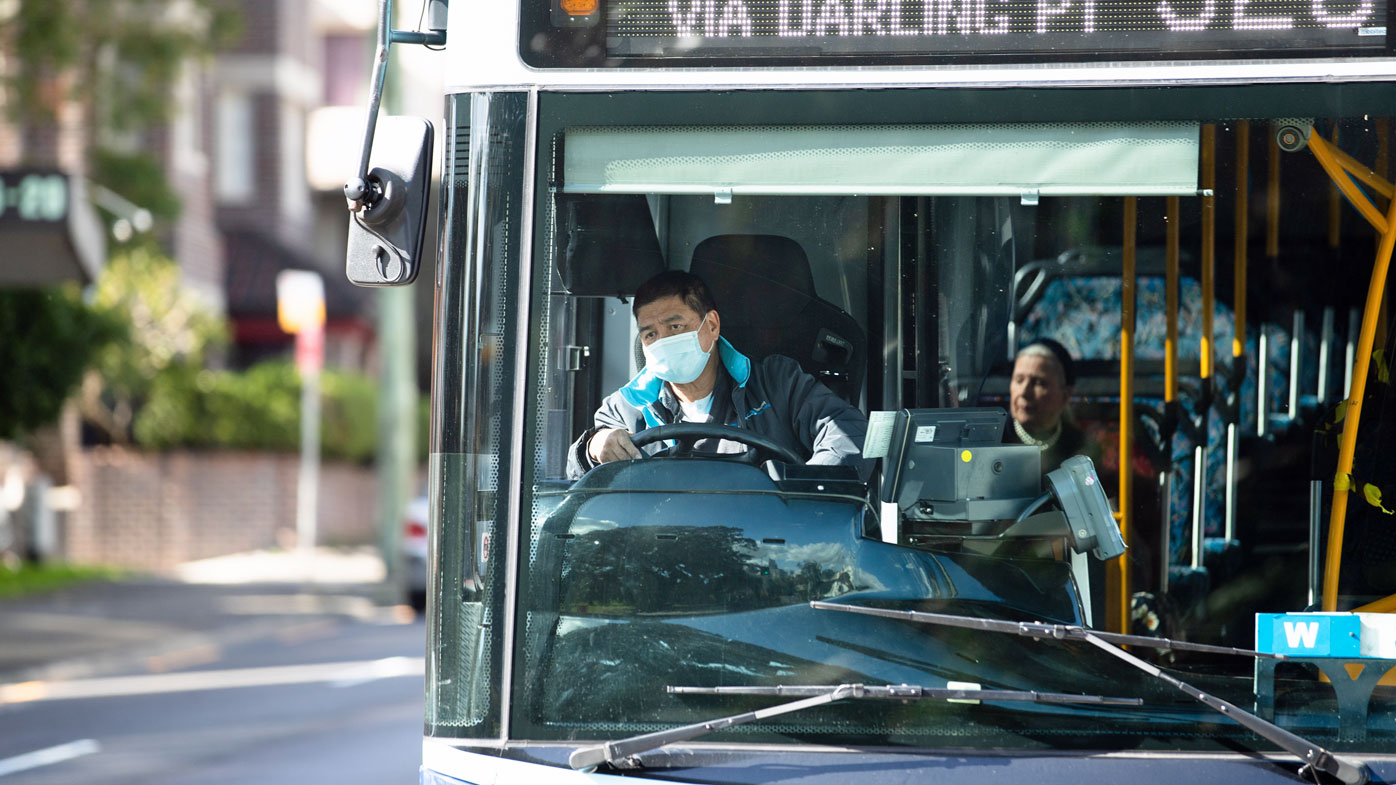 Transport Minister Andrew Constance was this morning meeting with the union to discuss the planned industrial action, a spokesperson told nine.com.au.

The photo showed passengers crammed into the central aisle of the bus and very few wearing masks.

NSW opposition leader Jodi McKay said the photo showed NSW was "risking a second wave" of the pandemic like Victoria if it did not make masks on public transport mandatory.

In response to the photo, Transport NSW said the vast majority a transport services in the state were doing the right thing.

"Overall, 98.8 per cent of services across the entire public transport network are complying with physical distancing capacity limits," a spokesperson said in a statement.

The Rail, Tram and Bus Union said it was calling for compulsory mask wearing when there are more passengers than green dots on buses and trams and more clarity over the enforcement of physical distancing on transport.

"If you're on public transport, you really should be wearing a mask. We're not making it mandatory at this stage but we're certainly saying to the community, wear a mask."