Fire crews arrived at Burwood Highway and Hanover Road in Vermont South about 7.50am, to find a three-storey abandoned building and a neighbouring single-storey building engulfed in flames.

There are 16 emergency services vehicles at the scene, with the blaze causing delays on nearby roads. 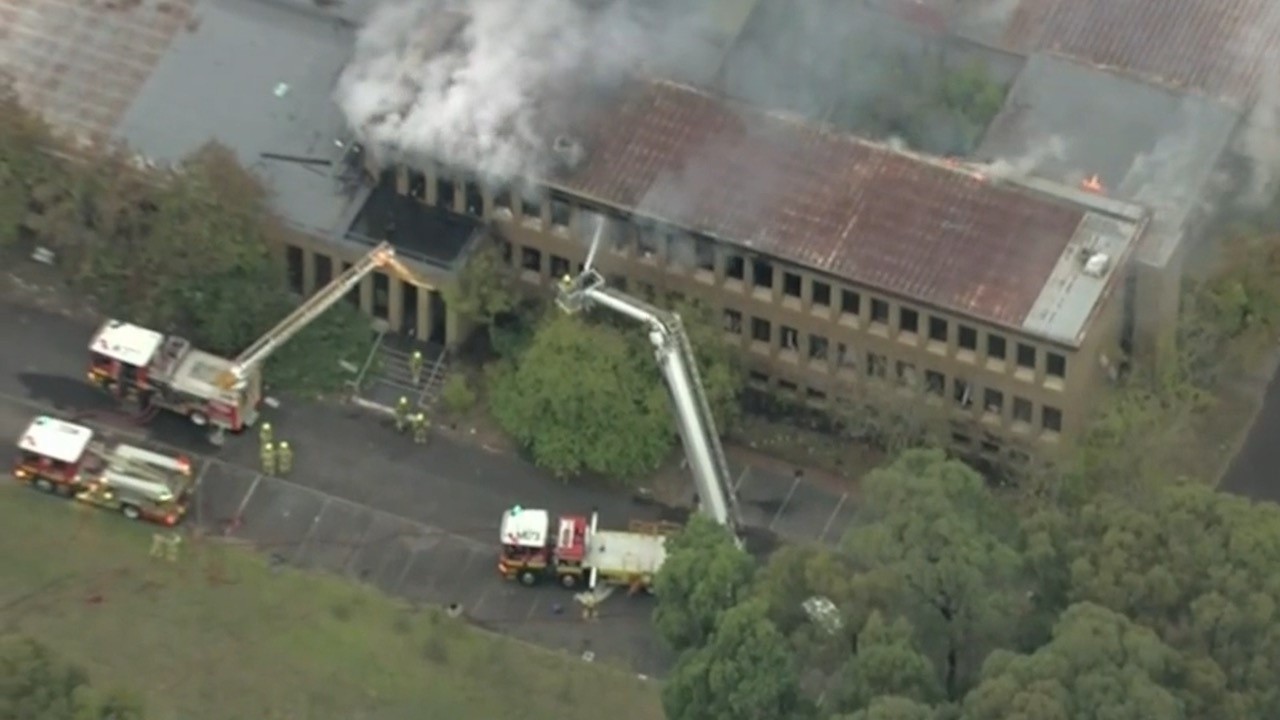 Fire Rescue Victoria (FRV) said the three-storey building fire was brought under control at 8.24am.

"Nine pumpers, two aerial appliances and a rescue are being assisted by three specialist and support vehicles," a statement read.

"Smoke will be visible from nearby roads and communities.

"Victoria Police is assisting with traffic control with road users advised to avoid the area if possible."

The cause of the blaze is not yet known.

Two citybound lanes of the Burwood Highway have re-opened at the Mountain Highway, with large amounts of traffic gridlocked on the road.

Motorists have been advised to use Boronia Road and Canterbury Road, or High Street Road to avoid the closure delays.