A potentially deadly brown snake found the ultimate hiding spot inside a Queensland home, forcing an expert wrangler to search for more than an hour to find the reptile.

A potentially deadly brown snake found the ultimate hiding spot inside a Queensland home, forcing an expert wrangler to search for more than an hour to find the reptile.

Stuart McKenzie was called to a retirement village in Currimundi on the Sunshine Coast on Wednesday, after being alerted by a 91-year-old resident who had spotted a brown-coloured snake.

"I was thinking maybe a tree snake, or a whip snake, and I was getting more and more concerned as the time went on and I couldn't find it," Mr McKenzie, 30, told 9News. 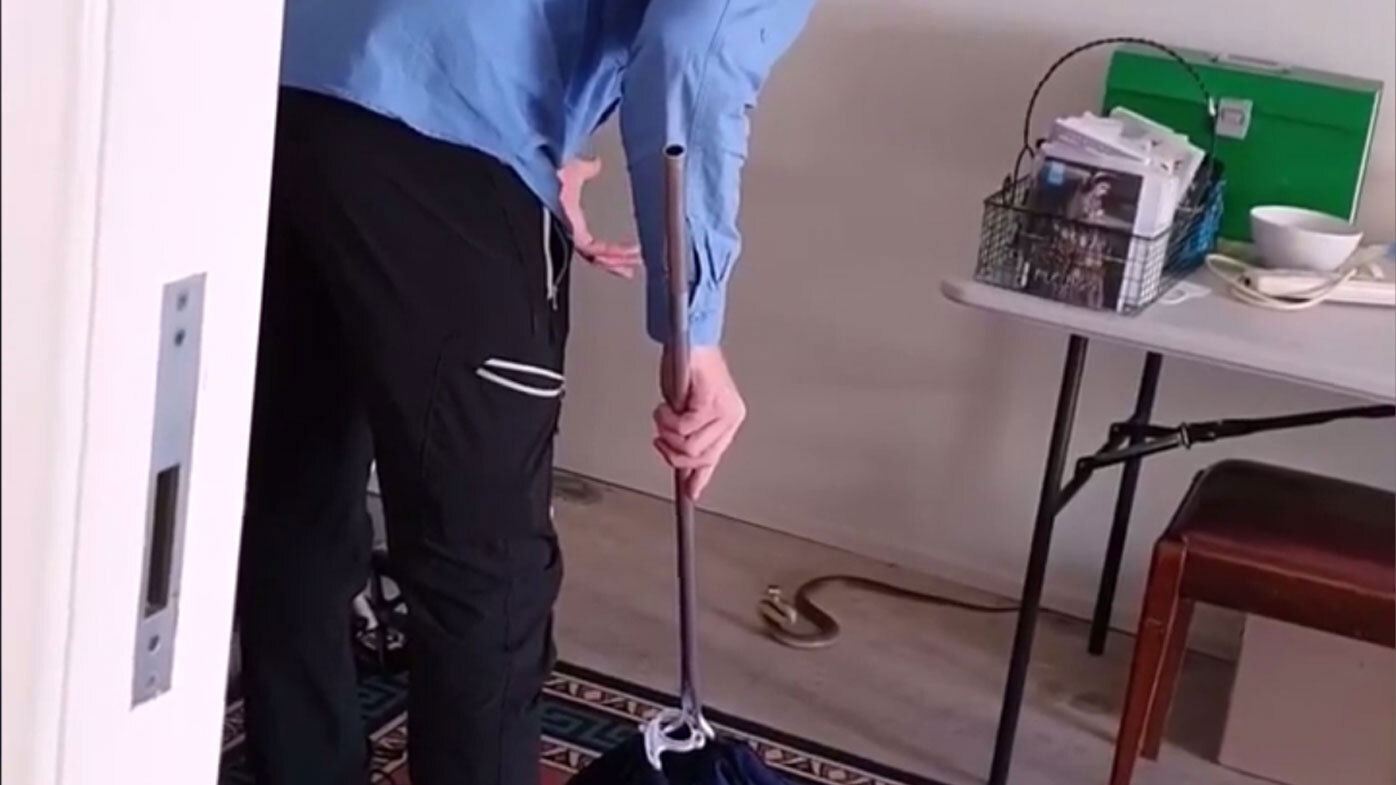 Mr McKenzie, of Sunshine Coast Snake Catchers 24/7, has been in the profession for seven years but this job had him stumped.

"I tried nearly every nook and cranny inside the home to no avail and I was about to leave," he explained.

"I felt horrible. I looked for ages, searched up and down and looked everywhere twice and I just could not find this snake."

He then tried one of the most narrow spaces in the home – the sliding door.

"And there he was – it was unbelievable." 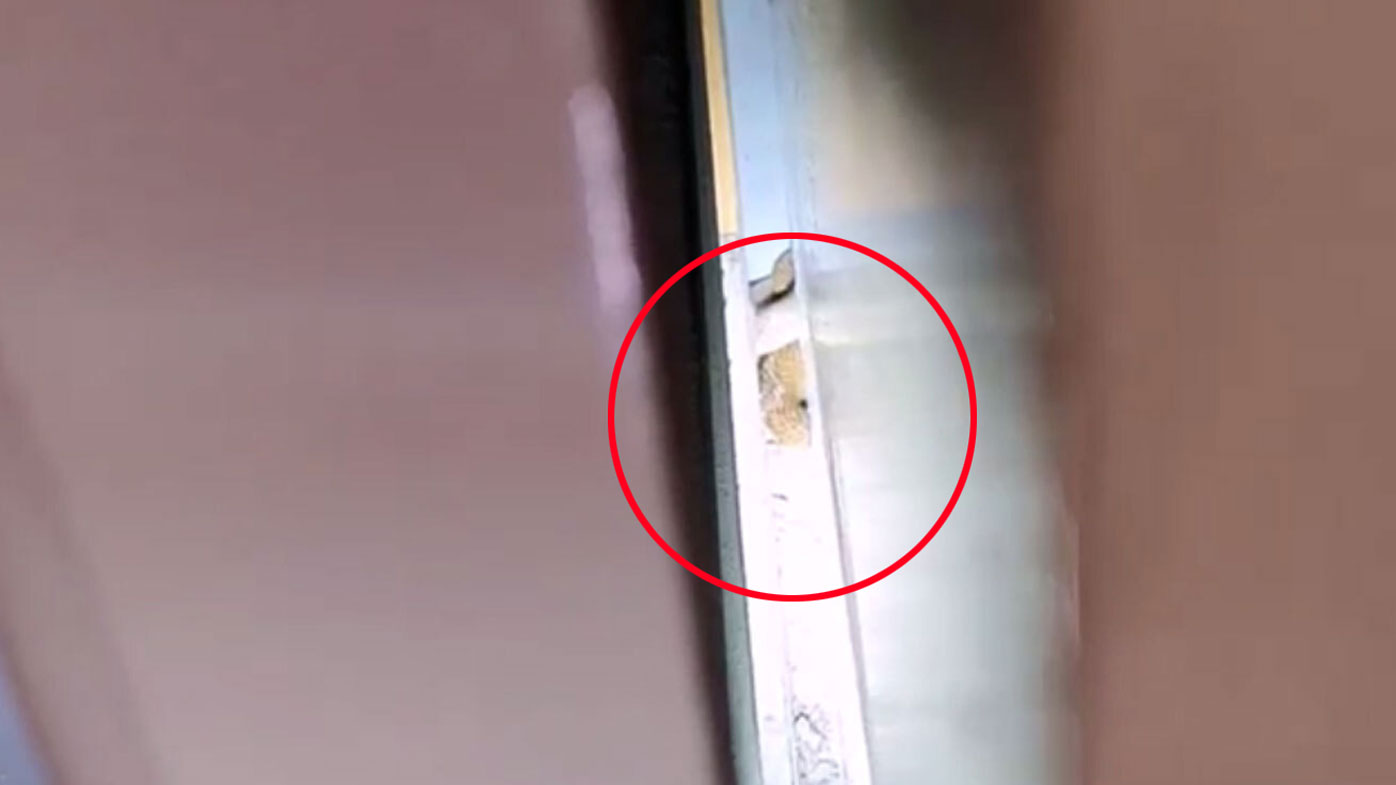 The reptile was not a harmless tree snake as the seasoned snake catcher first thought.

It turned out to be an Eastern Brown Snake.

"The second most venous snake in the world," he explained.

"They are as venomous as they come."

It had found shelter inside the sliding door, making its way in through a one-centimetre gap on either side.

"And that's enough for a snake to get through," Mr McKenzie added.

He then began the careful task of trying to capture the snake inside a bag, a precarious job considering the risk. 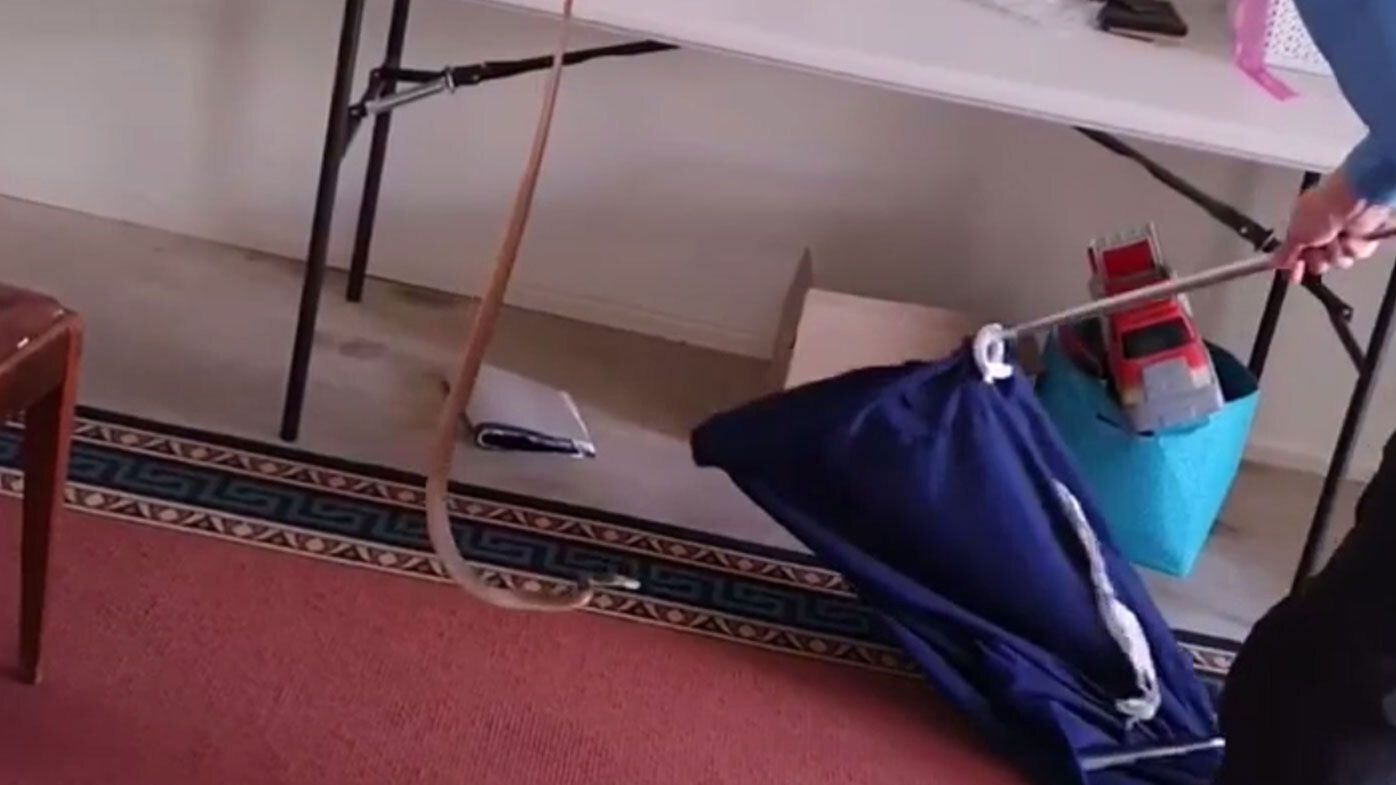 "If you get bitten by an Eastern Brown snake, you're in a lot of trouble," Mr McKenzie said.

"It will kill you if you don't do the appropriate first aid and call an ambulance."

The breed is common on the Sunshine Coast and Mr McKenzie gets called to remove them several times a week. In summer, that rises to two to three per day.

"Through winter we catch a lot of pythons," he said.

In the video shared to his Facebook page, the brown snake can be seen rearing its head at Mr McKenzie.

But he wasn't afraid of being bitten.

"No, not really because I knew it was coming. When you work with them for a long time, I know how he'd going to react," he said.

"As soon as he went into that garage area, he had no-where to go and his last resort is to bite you. 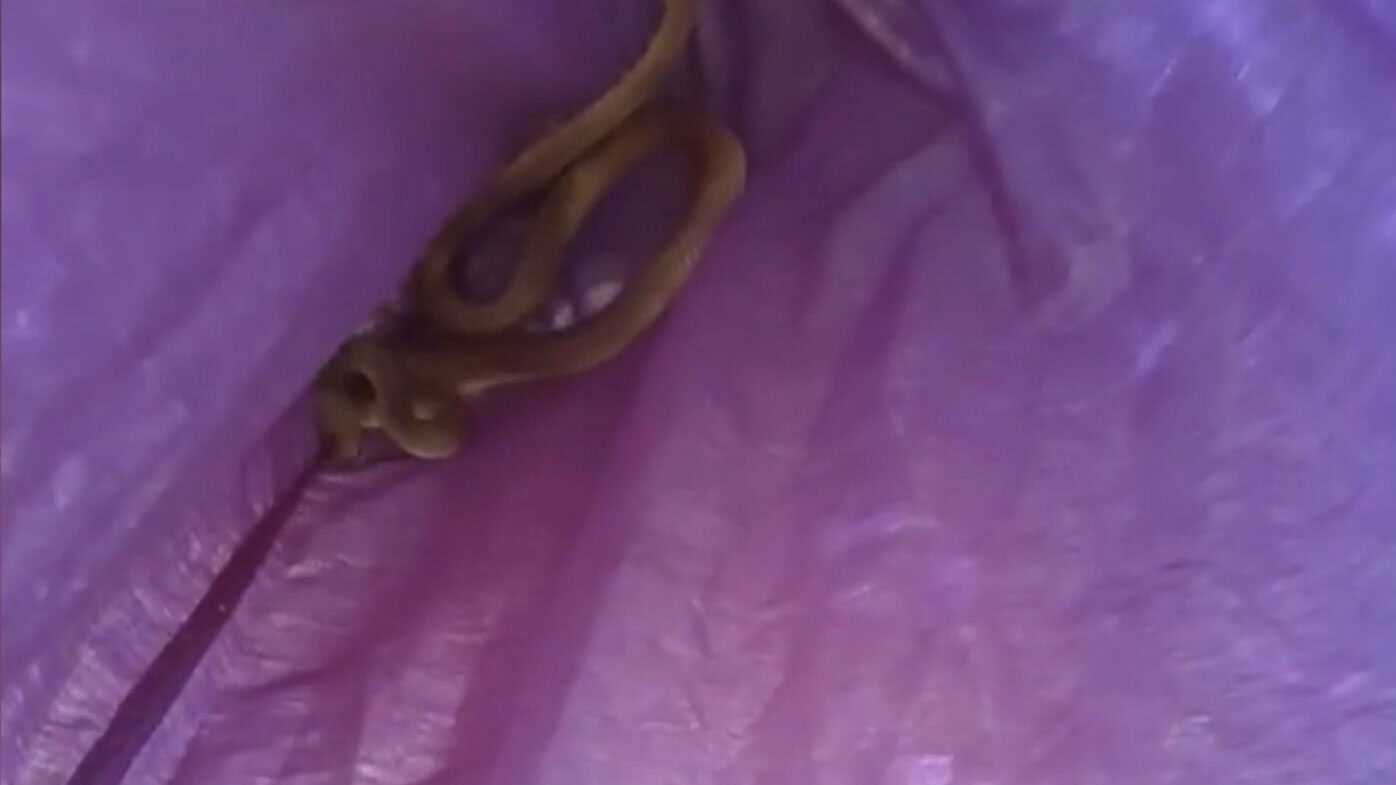 "He will do everything in his power to try and get away from humans – they've got a pretty bad reputation but it's a false reputation.

"Brown snakes, regardless of the situation, will always try to get away. The only time they will rear up and try to bite you is exactly how I demonstrated in the video is when they are cornered.

"They are very scared of us and they want to get away."

It most likely found its way into the woman's home while searching for food, he thought.

Thankfully for the resident and the snake, a happy ending was had by all.

The snake was released into bushland a fair distance from the retirement village.

"I'm pretty confident he's going to stay there – there's a nice water source, plenty of thick bush and lots of rodents for him to eat," Mr McKenzie said.