The incident happened outside parliament when Kurdish protesters ran into the road.

A man has been arrested after British Prime Minister Boris Johnson's car was involved in a crash in central London.

Johnson's Jaguar was shunted by a security vehicle in its entourage outside parliament today when a Kurdish protester allegedly ran onto the road.

The vehicle was leaving the parliamentary estate in Westminster with police outriders when a protester ran into the road, prompting the Jaguar to stop and the following Range Rover to drive into it. 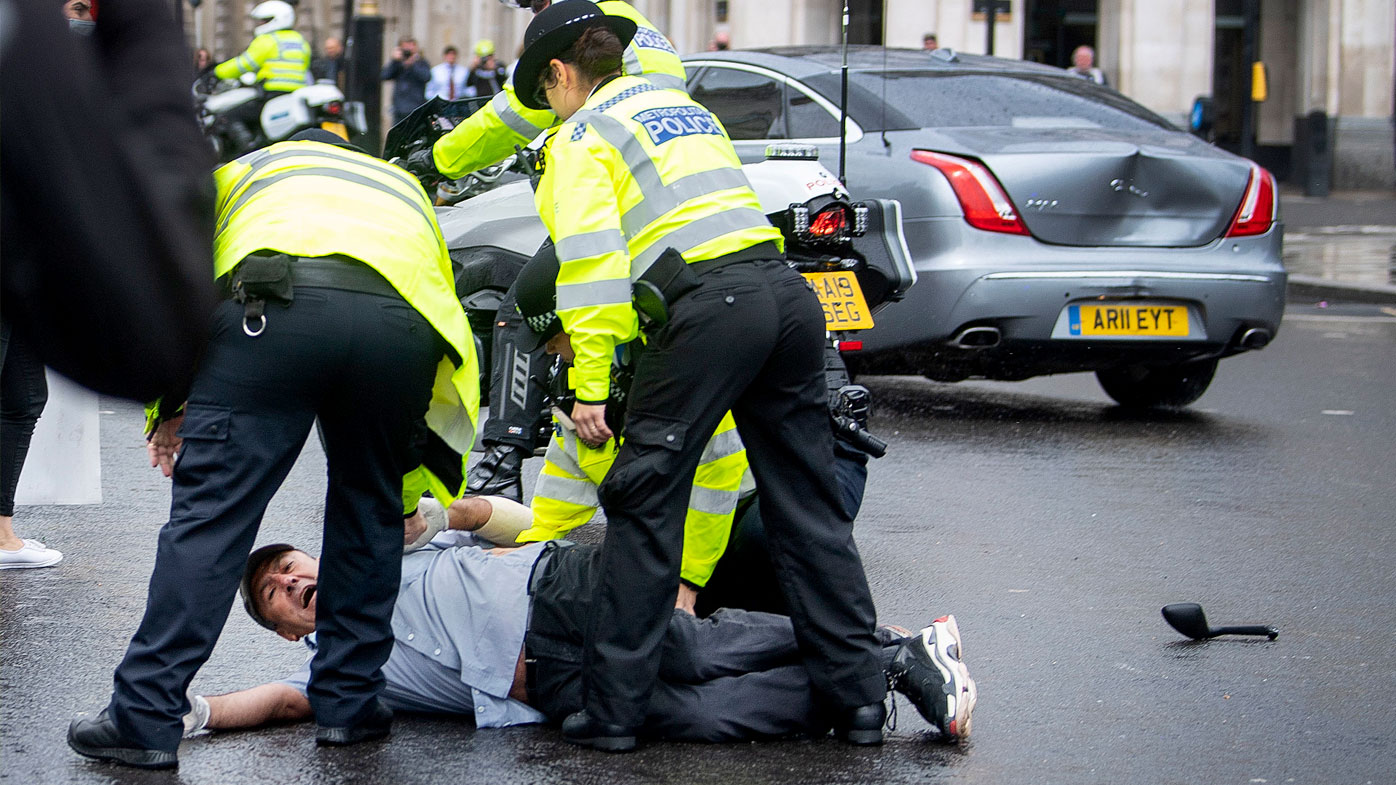 No injuries were reported, and all vehicles quickly moved on.

According to London's Metropolitan Police, a man was arrested at the scene for for obstructing the highway, and for offences under Section 5 of Britain's Public Order Act.

The man had reportedly been protesting about Turkish action against Kurdish rebels.

Johnson, who returned to work at the end of April after recovering from a serious COVID-19 infection, had just finished his weekly question session in parliament.

READ MORE: Why are the Kurds under attack?