US President Donald Trump has tested negative for the new coronavirus, according to the president’s personal physician.

US President Donald Trump has tested negative for the new coronavirus, according to the president's personal physician.

The White House released the test results Saturday night (US time) after Trump told reporters hours earlier that he had taken the coronavirus test, following days of resisting being screened despite the fact that he had been in recent contact with three people who have tested positive for the virus, including members of the Brazilian president's delegation who visited with him at his Florida resort.

"One week after having dinner with the Brazilian delegation in Mar-a-Lago, the President remains symptom-free," Sean Conley, the president's physician, said in a memo. 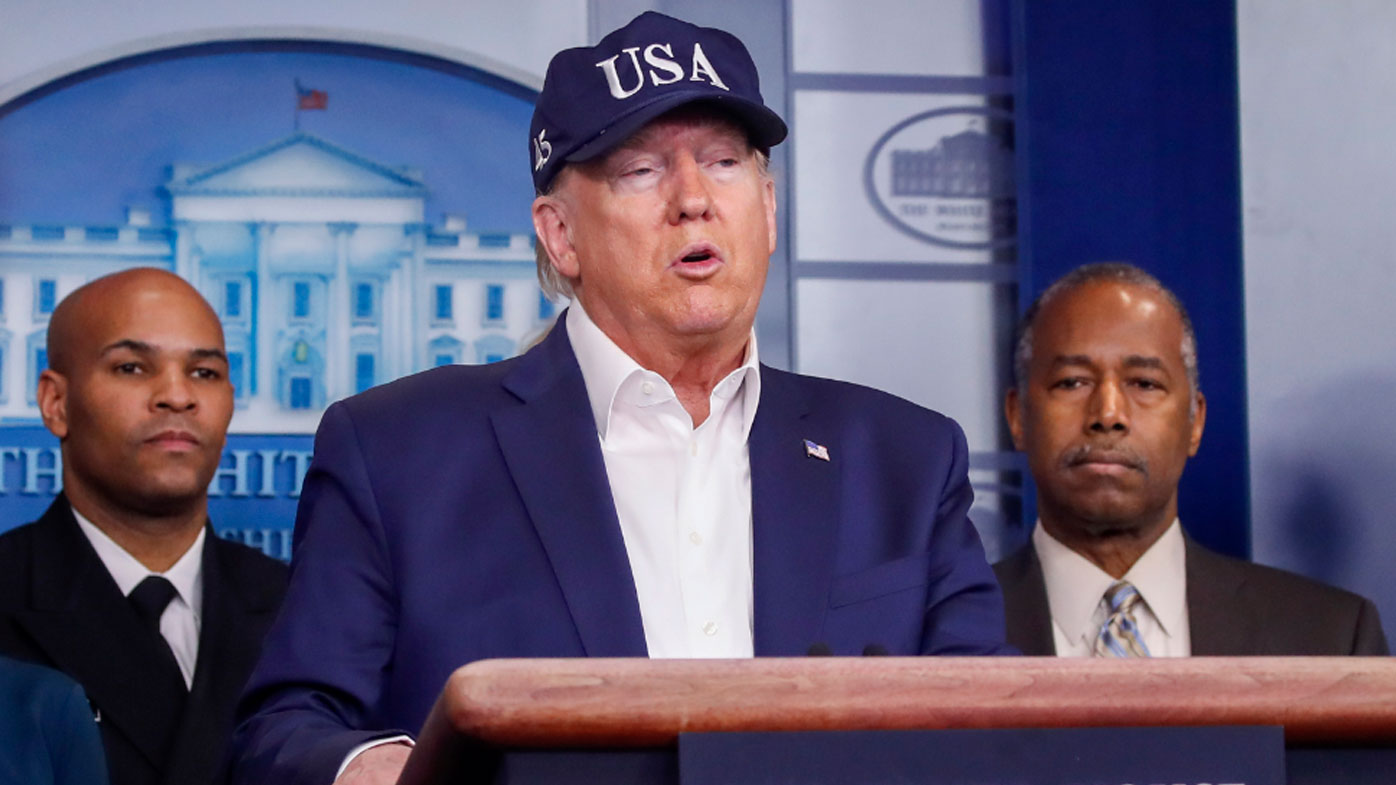 Trump told reporters at a White House briefing on Saturday that he had his temperature taken and it was "totally normal," shortly before stepping into the room to discuss the government's efforts to halt the spread of the virus. The pandemic has now infected more than 2,200 people in the US and caused at least 50 deaths.

The president had multiple direct and indirect contacts with people who have since tested positive for the virus, including three people he spent time with last weekend at his Mar-a-Lago club in Florida.

The Brazilian Embassy in Washington said late Friday that the country's chargé d'affaires, Nestor Forster, tested positive after sitting at Trump's dinner table. So, too, have a top aide to Brazilian President Jair Bolsonaro, who took a photo with Trump and attended a party with him, and another person who attended a campaign fundraiser with the president that Sunday, according to two Republican officials who spoke on condition of anonymity in order to discuss private health matters.

Trump, after days of insisting that he was not exhibiting symptoms of the virus, relented after being pressed by reporters about his resistance to testing when multiple lawmakers and countless citizens across the country who have had the same degree of exposure have not only tried to get tested, but also chosen to try to avoid potentially infecting others. 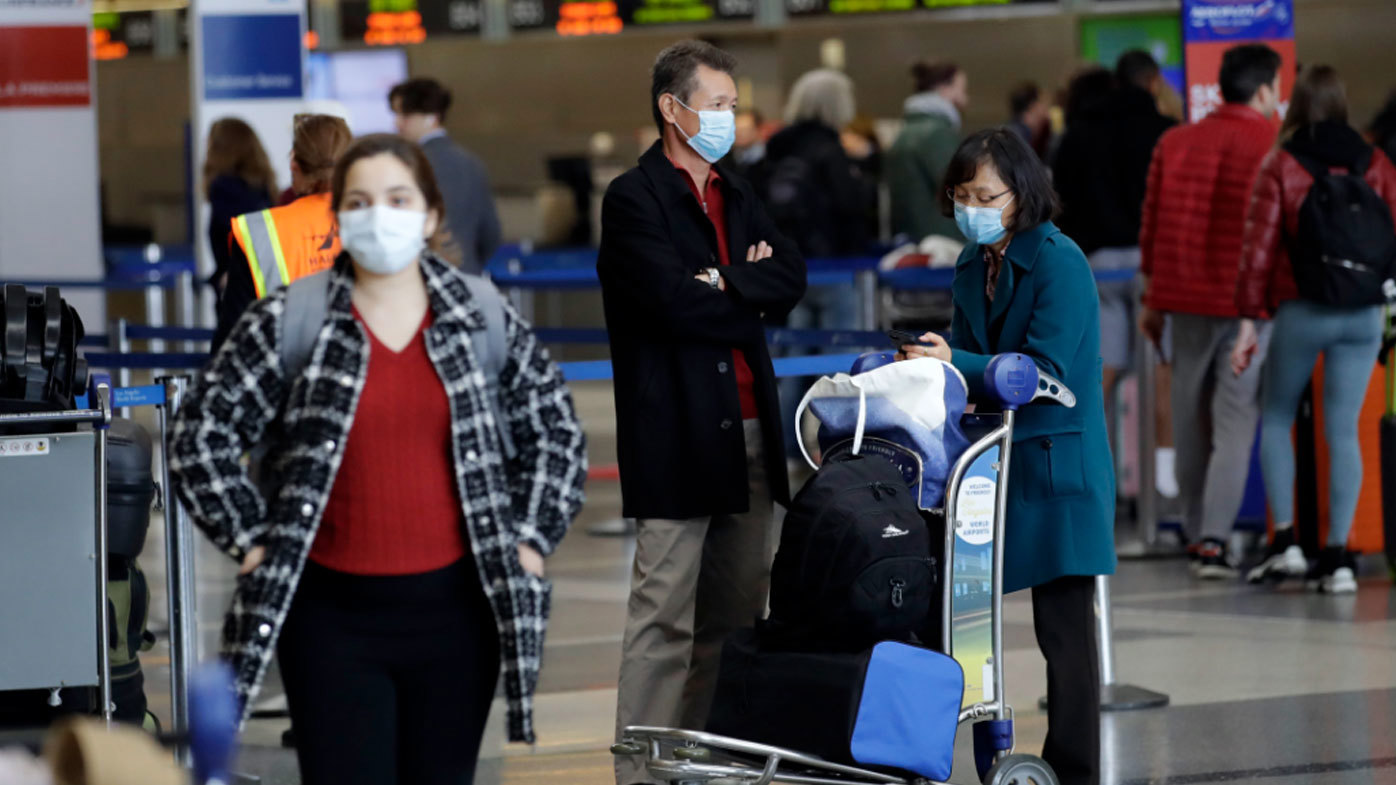 The president, according to two people close to the White House, had been reluctant to take the test for fear it would project weakness or worry. Trump has wanted to appear in full control during the crisis, and had expressed concerns that taking personal steps could undermine that appearance.

READ:  Coronavirus: US welcomes WHO inquiry into COVID-19 origins in China

Trump came into office as self-described germaphobe who tried to avoid handshakes as he conducted his real estate business. But he acknowledged Saturday that he's now finding it difficult to resist shaking hands, a habit that he says he's picked up since becoming a full-time politician.

At a news conference Friday to announce he was declaring a national emergency, Trump eagerly shook the hands of several corporate executives, even though health policy experts on White House coronavirus task force have urged Americans to avoid physical contact to help stem the spread of the virus.

"People come up to me, they shake hands, they put their hand out," Trump said. "It's sort of a natural reflex, and we're all getting out of it. All of us have that problem."

The White House is stepping up efforts to try to keep the virus at bay. 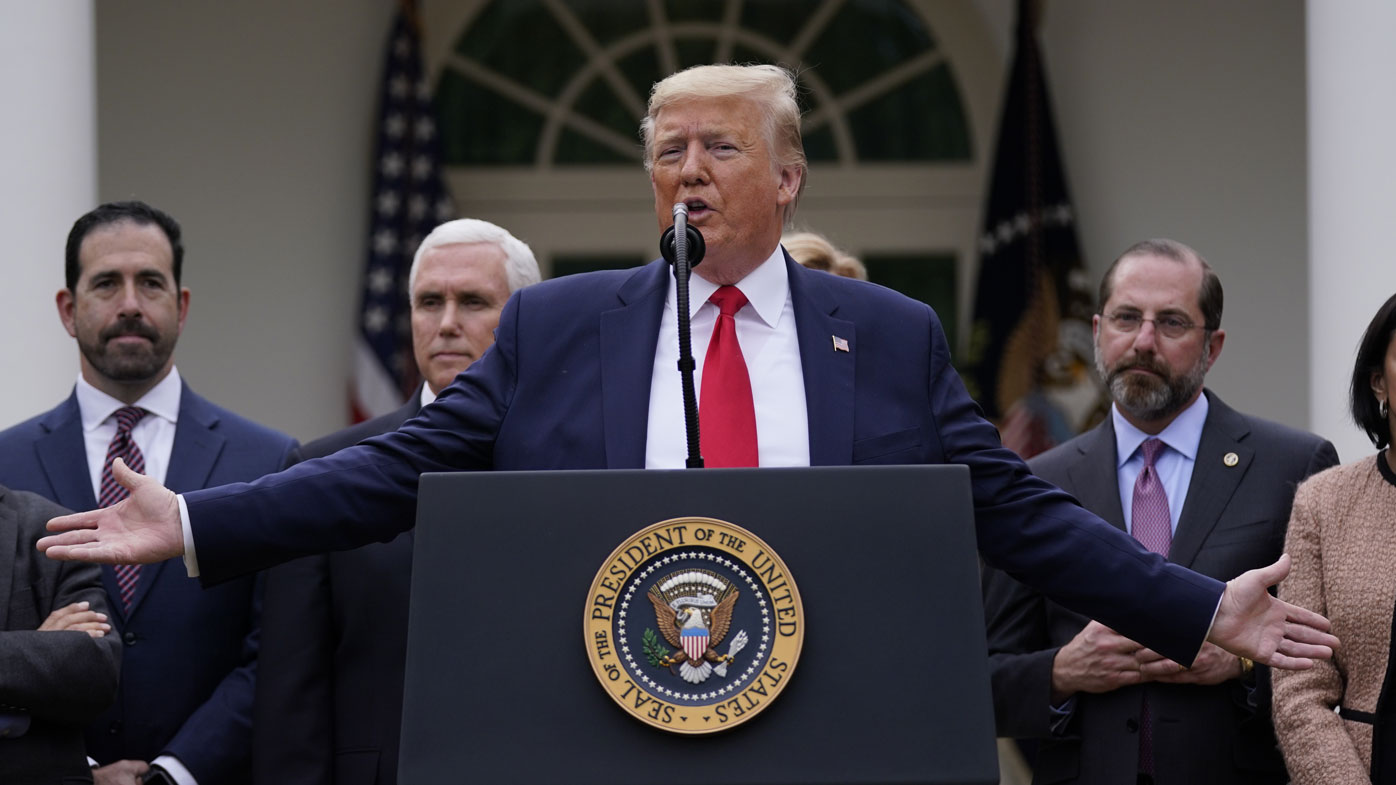 On Saturday, the White House announced that it is now conducting temperature checks on anyone who is in close contact with Trump and Vice President Mike Pence, including reporters who attend a White House briefing and anyone entering the Oval Office.

"It's imperative each one of us do our part to take the proper precautions to keep ourselves and our colleagues safe," Pence wrote. "As an employee aboard the White House Complex, we have an additional duty to protect the health of our Executive Branch and those working with us."

Dr. Deborah Birx, who is helping coordinate the U.S. response to the outbreak, noted that testing results reflect a snapshot in time and that it's crucial for people to maintain precautions. 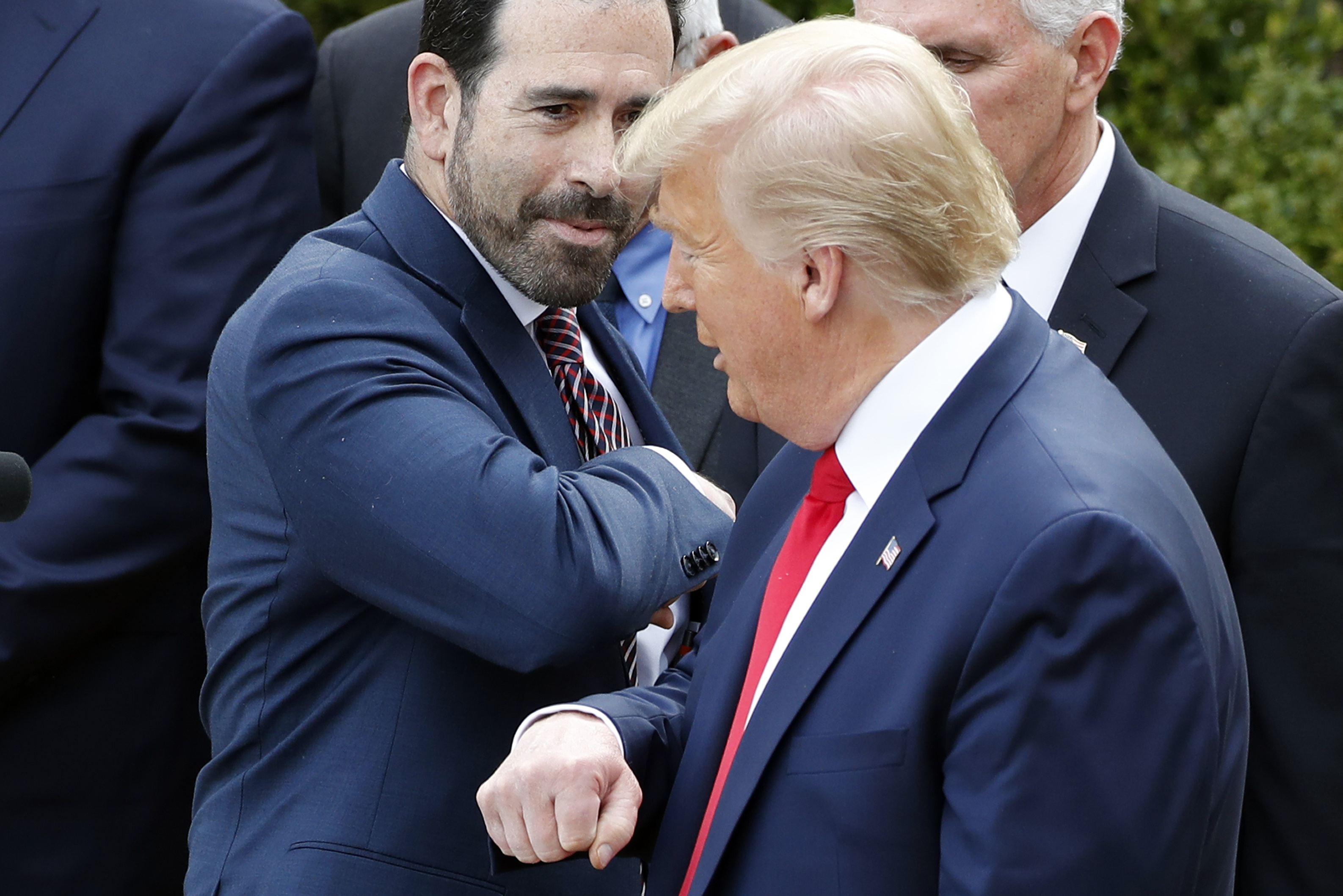 "When you get a negative test, that means you're negative that day," Birx said. "That doesn't mean that you couldn't get the virus spreading overnight, because it replicates in your nose and your nasal secretions, and you would have a positive test tomorrow."

So, too, have a top aide to Brazilian President Jair Bolsonaro and an individual who attended a fundraiser Sunday with Trump, according to two Republican officials who spoke on condition of anonymity in order to discuss private health matters.

The government in Rome has ordered an unprecedented lockdown, ordering businesses to close and restricting people's movement.

Mayors of many Italian cities, including Rome and Milan, decided to close public playgrounds and parks.

Under a government decree issued earlier in the week, people had been allowed in parks as long as they kept at least a distance of 1 metre between each other. 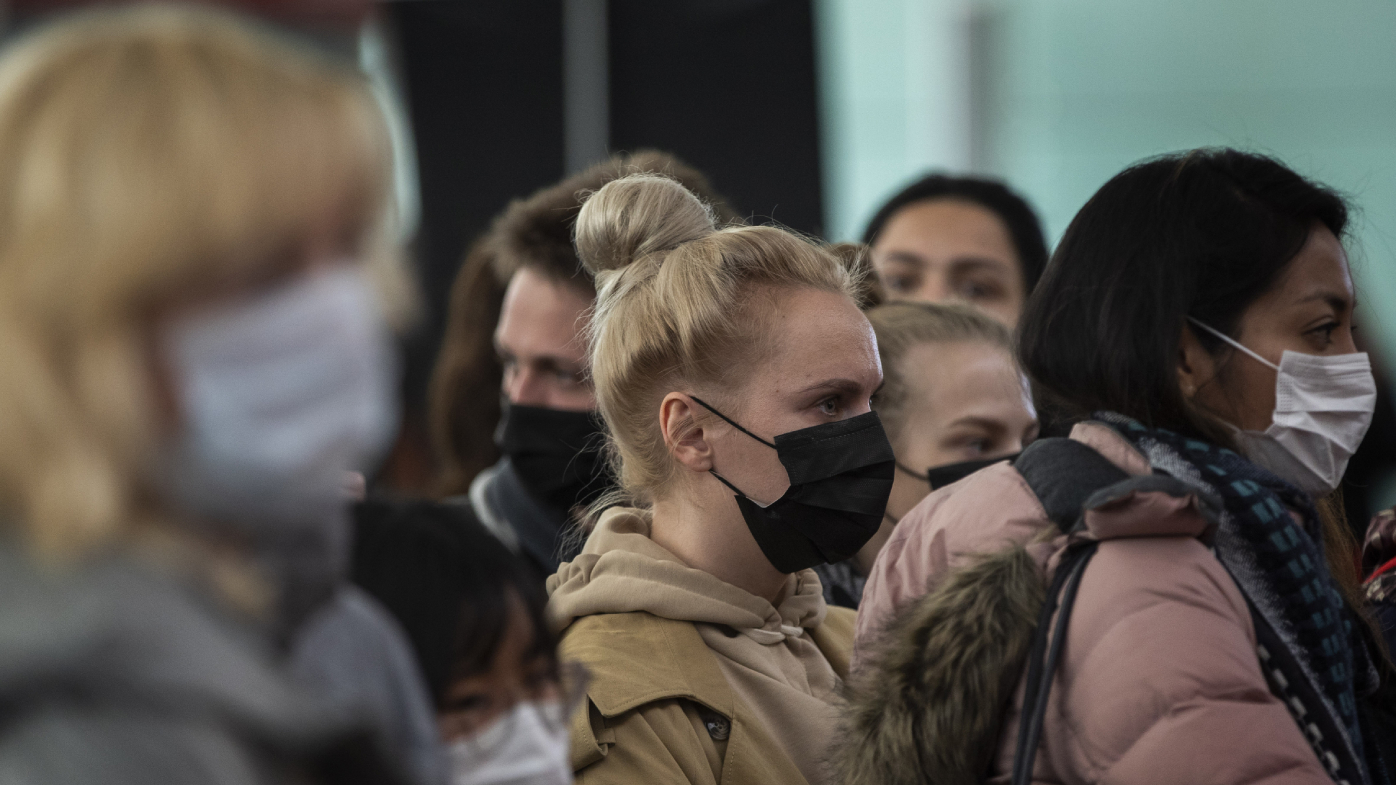 After an emergency Cabinet meeting on Saturday afternoon, Ms Ardern declared the unprecedented quarantine measure to fight the growing spread of the coronavirus.

"We do not take these decisions lightly," she said.

"We have two choices as a nation. One is to let COVID-19 roll on. The other is to go hard on measures to stamp it out. It is in our power to slow it down. That's why we must go hard, and go early, and do everything we can to protect New Zealanders' health."

The decision effectively kills the country's tourism sector and will deliver a hammer blow to the economy. But given the global pandemic, unprecedented in modern times, the restriction was met with support from the opposition party. 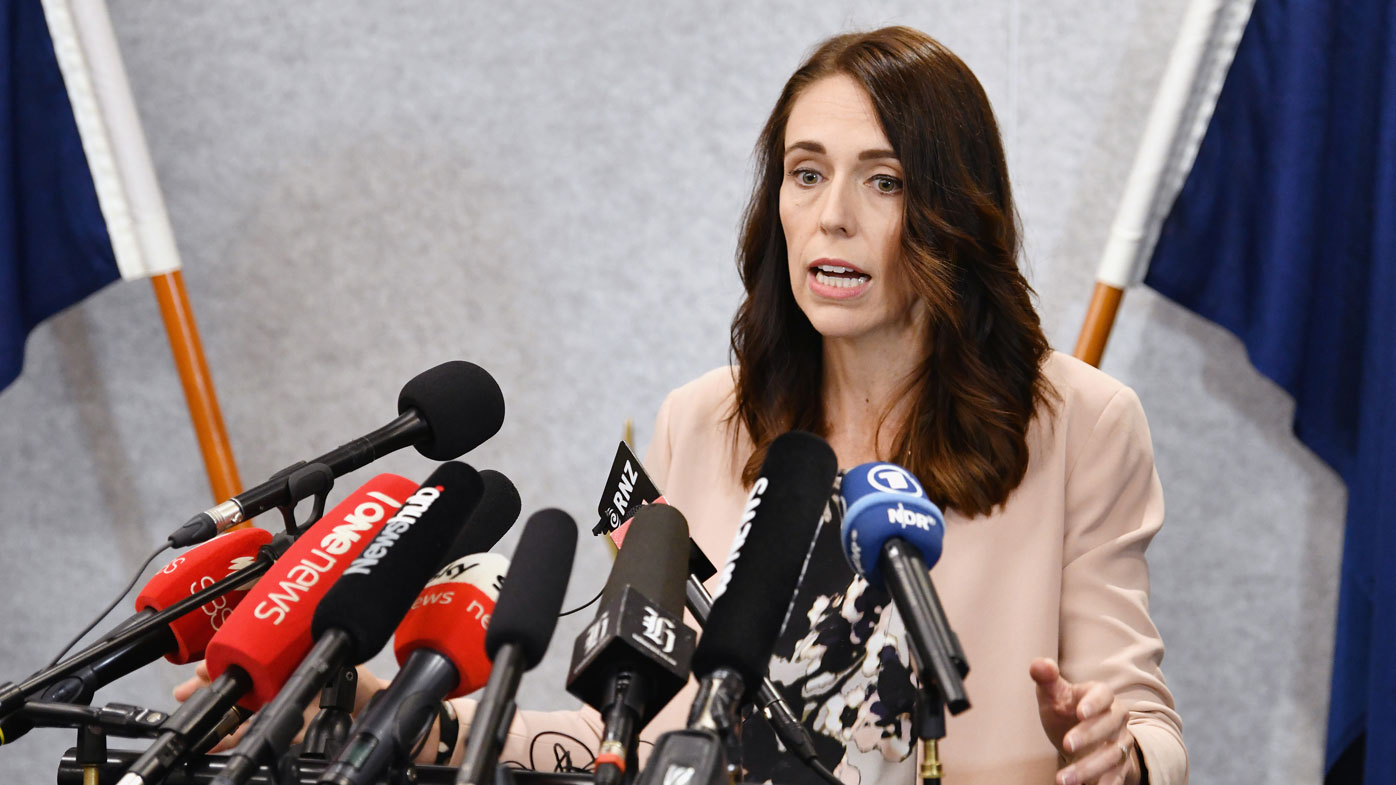 Drastic measures in the Philippines

Philippine officials on Saturday announced a night curfew in the capital and said millions of people in the densely populated region should leave their homes during the daytime only for work or urgent errands under restrictions imposed to fight the coronavirus.

Drastic steps announced by President Rodrigo Duterte on Thursday sparked widespread confusion and questions, prompting officials on Saturday to detail the measures and issue guidelines for the month-long restrictions in Manila that will take effect on Sunday.

The measures involve suspending domestic travel by land, air and sea to and from the capital region, home to more than 12 million people. Large gatherings like concerts and movies will be prohibited and most government work in executive department offices will be suspended in the metropolis. Suspensions of school classes at all levels were extended by a month.

Philippine health officials reported 34 new cases of coronavirus infections Saturday, bringing the total number of cases in the country to 98. Eight of the patients have died.

Meanwhile, in Indonesia the country's Transport Minister Budi Karya Sumadi has been hospitalised in Jakarta after he contracted coronavirus, a government official says.

Earlier on Saturday, Jakarta's governor said the city will close all schools for at least two weeks to curb the spread of coronavirus, as the first cases were also reported in other parts of the archipelago.

Indonesia, the world's fourth most populous country, reported on Saturday 27 more coronavirus cases, bringing the total confirmed infections to 96 and deaths to five.

Sumadi's family had given approval for the announcement after the minister had been on "the front line and a very important part of containing the impact of COVID-19", Pratikno, who is state secretary in charge of administrative support for the office of president, told a news conference.

The condition of Sumadi, 63, who had attended a cabinet meeting on Wednesday, was showing an improvement, said Albertus Budi Sulistya, deputy head of the Gatot Soebroto Hospital.

"He was initially being treated for other illnesses in a private hospital until he had difficulty breathing, then some medical equipment had to be brought in," said Sulistya.

The health ministry had conducted some tracing of people Sumadi had recently met and "would immediately begin testing as required", said Pratikno.

The transport minister had sat in a room with number of ministers and the army head during the cabinet meeting earlier this week, which was also attended by President Joko Widodo.