From Brisbane's King George Square to the Queensland Parliament, and right around the country, they marched in their tens of thousands.

"No one wants to protest," one Women's March 4 Justice protester told 9News.

"No one wants to walk the streets and demand to be respected.

"This shouldn't be a reality, but it is." 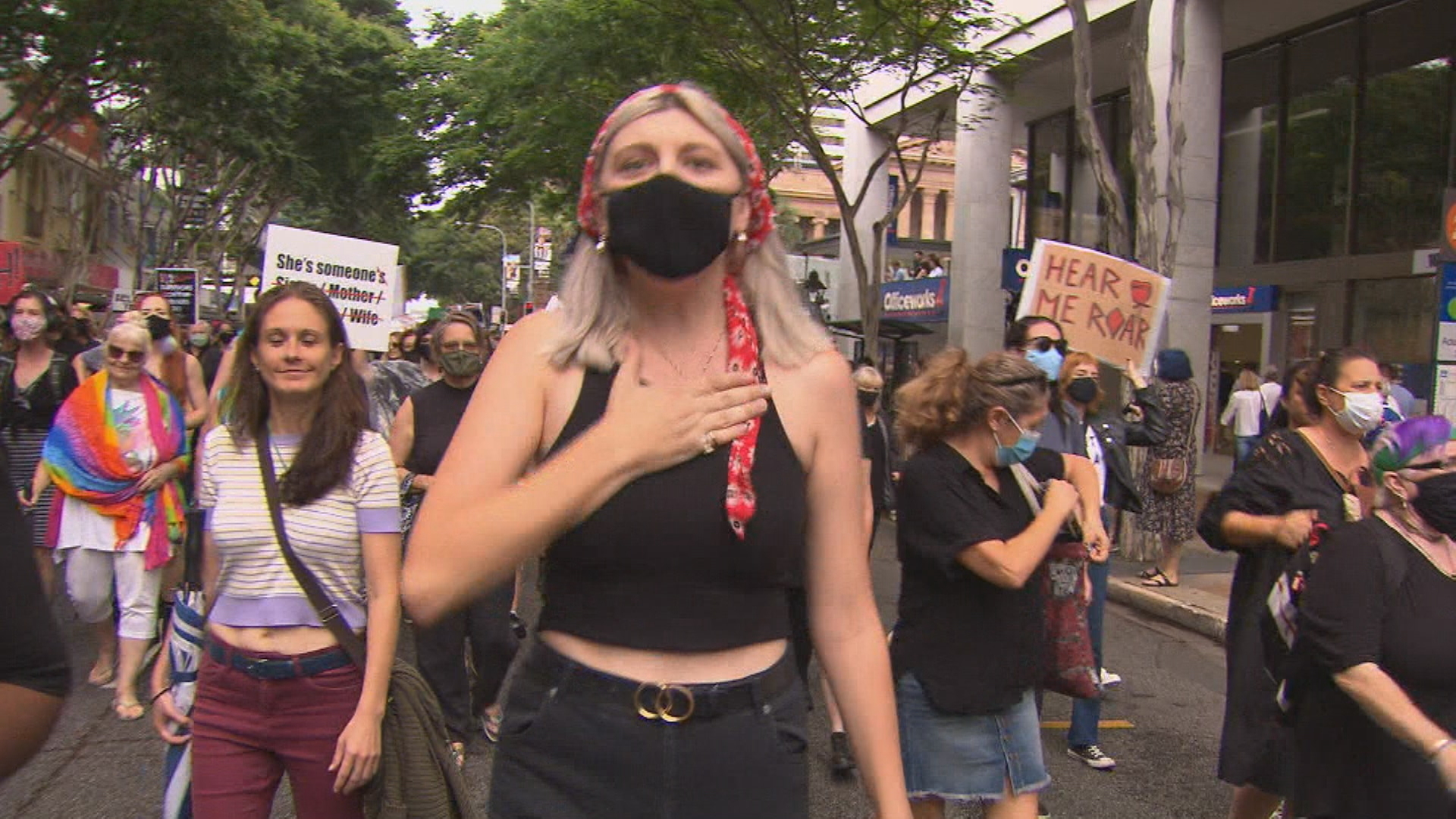 The movement that began with a tweet rolled into Monday as a powerful force for change as organisers registered more than 40 rallies around the country.

They were demanding all politicians address and "put an end to the issues of sexism, misogyny, dangerous workplace cultures and lack of equality in politics and the community at large".

Former Liberal staffer Brittany Higgins, who has alleged she was raped by a male colleague, declared the "system is broken" as she spoke to the March 4 Justice crowd in Canberra.

"We are here because it is unfathomable that we are still having to fight this same stale, tired fight," she said.

"It's time our leaders on both sides of politics stop avoiding the public and side-stepping accountability. It's time we actually address the problem." 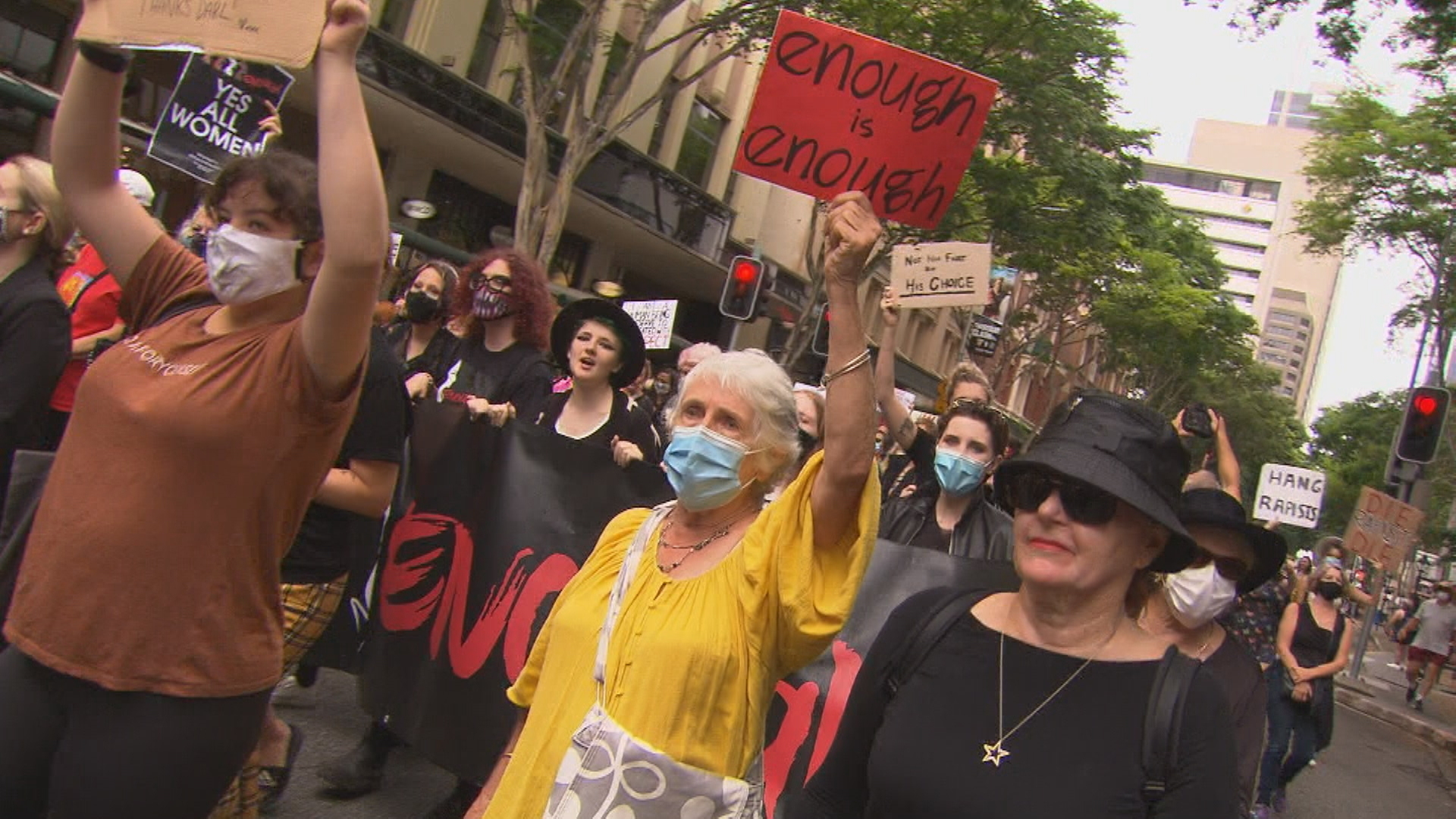 Hours earlier, organisers in the nation's capital rejected Prime Minister Scott Morrison's offer of a meeting "behind closed doors", saying "we have already come to the front door, it's up to the Government to cross the threshold and come to us".

Federal Liberal MP Katie Allen told Today she was "disappointed" with the decision and Deputy Prime Minister Michael McCormack refused to commit to or rule out attending the rally.

READ:  'Large gull' swoops off with man's tongue bitten off in street fight

But in Brisbane, there was no such hesitancy, with Premier Annastacia Palaszczuk, Deputy Premier Steven Miles, Health Minister Yvette D'Ath and other senior politicians lending their support.

Marchers' banners and voices wound down rainy Edward and Charlotte streets in the CBD.

It's unclear how many protesters joined in but some said it was the largest crowd they'd ever seen.

Further afield they took to the streets on the Sunshine Coast and in Cairns.

"All the incidents in our lives, the mistreatments, the sexual harassment, discrimination, we've had a gut full, it's over," another marcher said.