An Australian expat living in London has described the terrifying moment a man was shot dead by police after going on a terror-inspired stabbing rampage. 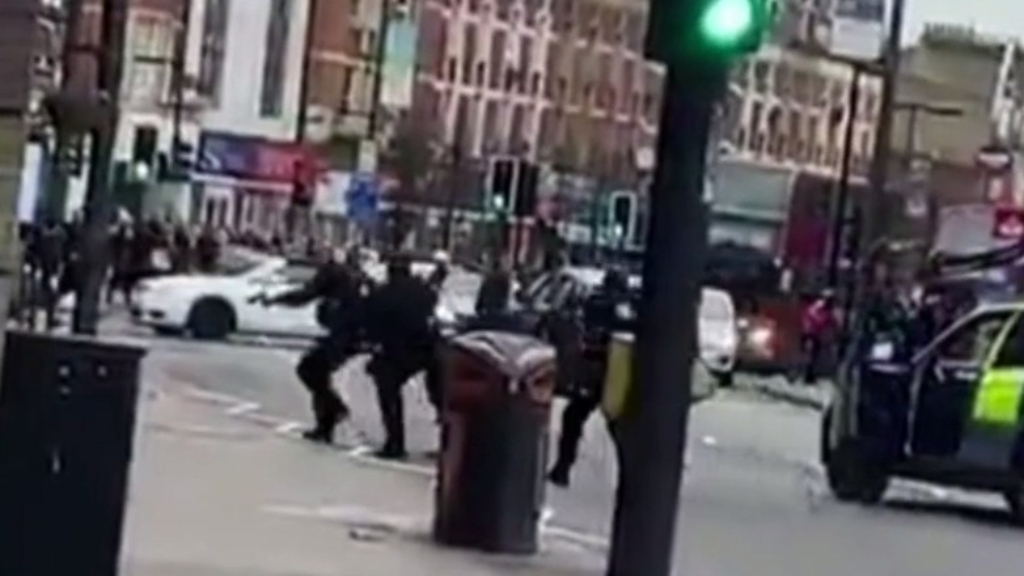 An Australian expat living in London has described the terrifying moment a man was shot dead by police after going on a terror-inspired stabbing rampage.

Sudesh Amman was gunned down by police at about 2pm local time on a street in the suburb of Streatham, eight kilometres south of central London.

Amman had been released around a week ago after serving half of his three-year sentence for terror offences, and was wearing what turned out to be a fake explosive vest at the time of the attack.

READ MORE: Terror suspect shot had been released from prison

Brisbane man Daniel Gough, 26, told nine.com.au he was just going for an afternoon run in his local neighbourhood when he suddenly heard gun shots.

"I was running along the street and I heard three gunshots," he said.

"I just knew that it was close. It turns out it was right across the road from me.

"I got a big fright and I, along with the other people who were around there, just turned left up a side street and ran." 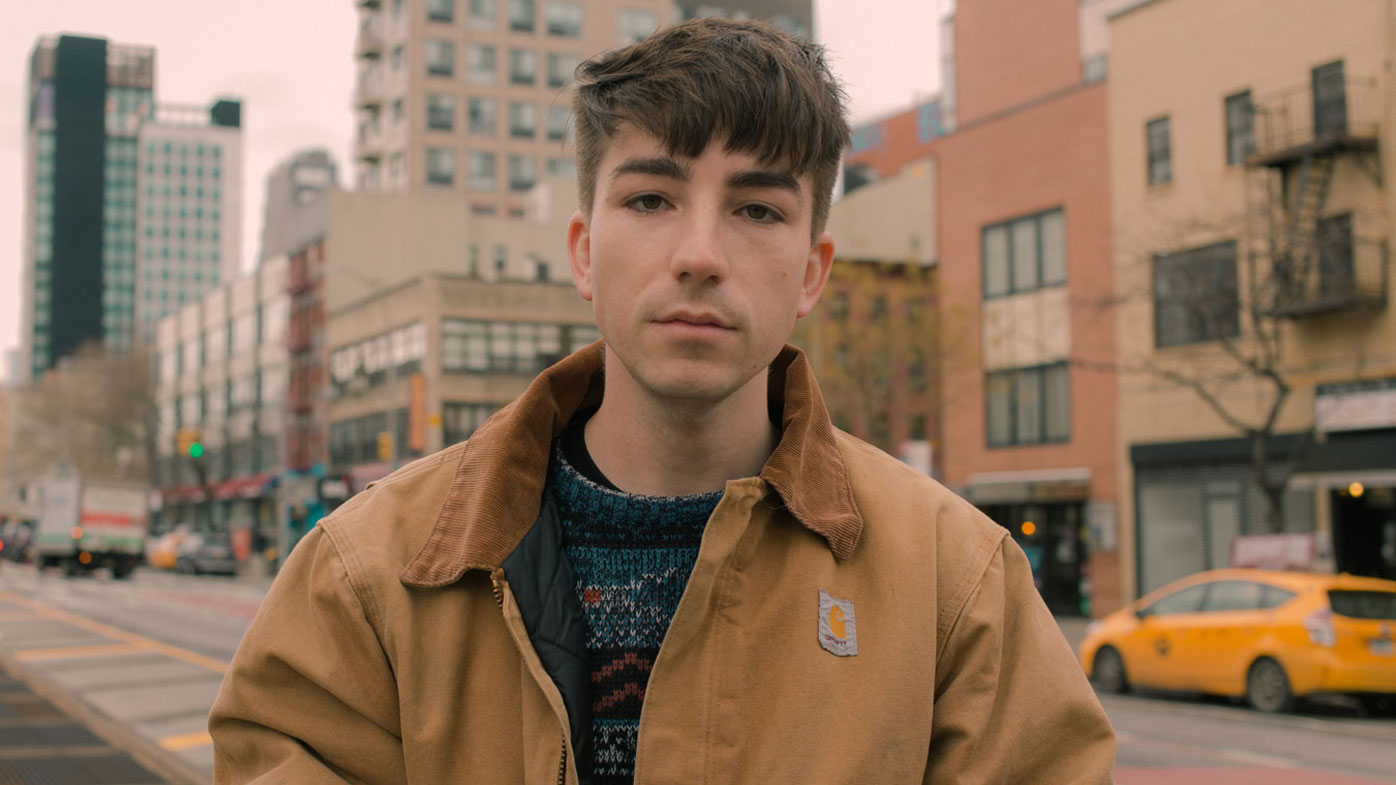 After about a minute or so, Mr Gough said he returned to the scene to see what was happening.

"There was a policeman who was pointing his gun at a man on the ground who had obviously been shot. The policeman was just screaming at everyone in the area to get back.

"At that stage no-one had any idea what was going on. I just thought it was a London shooting, the sort you hear about happening from time to time. We didn't realise it was terrorist-related until later."

"Within a minute there were six or seven cop cars that had turned up. The reaction was insane," Mr Gouth said.

Mr Gough said he immediately noticed that the police officers were all heavily armed.

"They all had rifles and bullet proof vests. They seemed very desperate. They were even man-handling people out of stores," he said.

Mr Gough, who is living in Streatham with his wife while on a working holiday, said he had also had a close call during the London Bridge attack two months ago, where two people were stabbed to death. 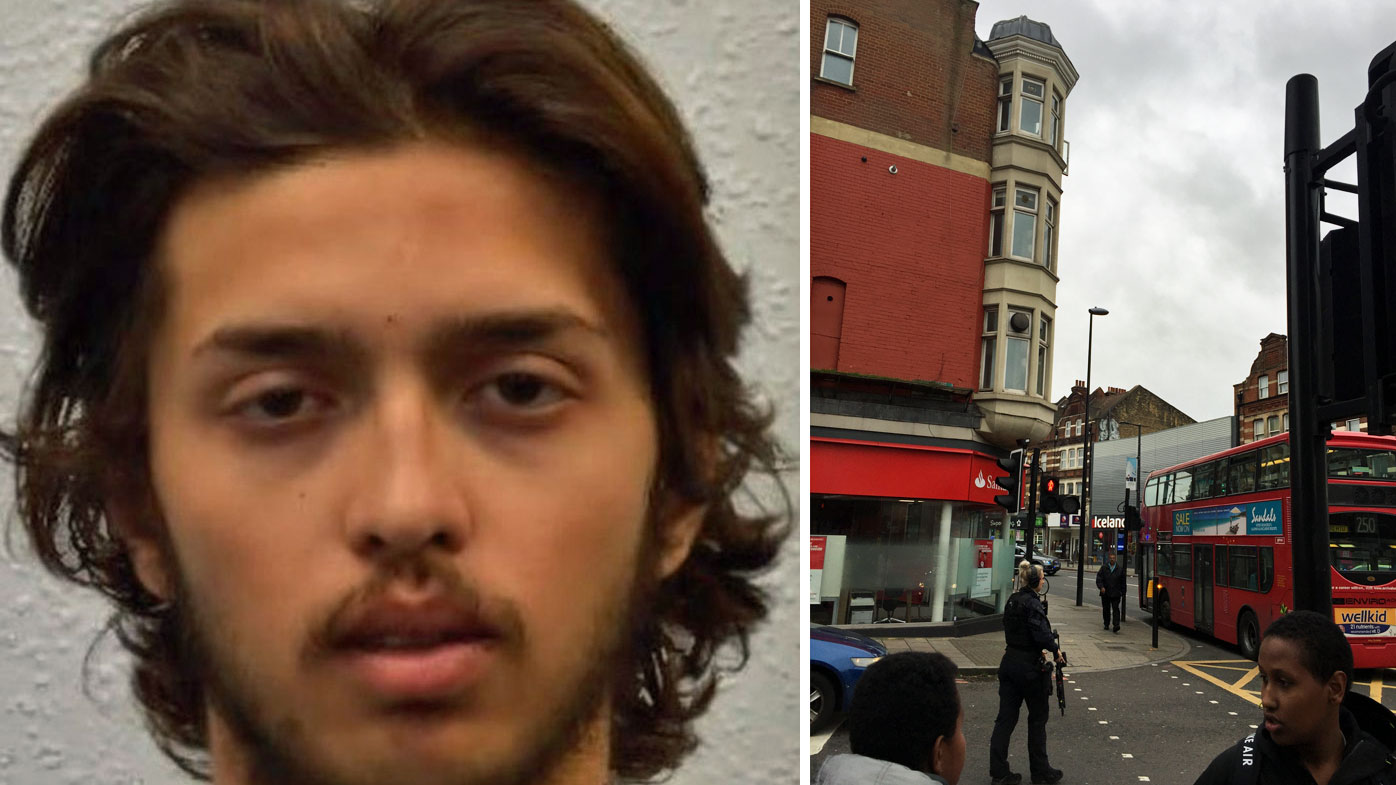 "I work near London Bridge and so I saw the aftermath unfold. I was on the bridge about three hours before that attack," he said.

It is still not clear how many people were stabbed in the latest London attack.

One male stabbing victim was hospitalised with life-threatening wounds, while a woman had non-life threatening injuries and another woman had minor injuries, police said.

"At this stage it is believed a number of people have been stabbed," police said.

"The circumstances are being assessed; the incident has been declared as terrorist-related."