Brazil is pulling ahead in the race that no one wants to win.

Over the past month, the South American nation has blown past a series of grisly milestones, repeatedly setting new records for most COVID-19 deaths per day. In the past week, it set another record: 12,818 new deaths and more than 464,000 new cases, according to Johns Hopkins University figures -- signs of a viral spread outpacing even that of the United States, the only country in the world harder hit by the pandemic in absolute numbers.

On the outskirts of São Paulo, the crisis is turning things upside down for the small Dr Akira Tada Emergency Hospital. In normal times, doctors there would stabilise critically ill patients and then send them on to bigger and better-equipped hospitals with intensive care units (ICUs).

But these are not normal times. Few hospitals today have space to take in new patients, even in Brazil's richest and most populous state.

When Dineia Martins Firmino entered the hospital at the beginning of March, doctors incubated the 74-year-old, and told her family that she desperately needed to be moved to an ICU for more sophisticated treatment, according to her granddaughter Pamela Rivitti, 30.

She never made it off the official, government-run list for transfer.

"No vacancy appeared at the time she needed it and she ended up dying on Saturday," said Ms Rivitti. "We did the funeral on Sunday." The ferocious new wave of the coronavirus that claimed Ms Firmino's life is inundating intensive care beds in São Paulo and across the country.

As of Sunday, 21 Brazilian states and the Federal District had an ICU occupancy rate of over 80 per cent. Of those, 14 were on the verge of collapsing with an occupation above 90 per cent.

In the southern state of Rio Grande do Sul, ICUs are so overloaded that the largest public hospital treating COVID-19 cases in state capital Porto Alegre said Sunday it was forced to close its doors to new patients.

With packed wards comes surging demand for oxygen and other basic necessities.

To the north, Rondonia state is at 97.6 per cent ICU occupancy and the Attorney General's Office has warned that local oxygen supplies could run out in just two weeks.

The state is facing an "imminent risk of oxygen shortage," the letter read -- a reminder of an earlier crisis in the city of Manaus, the Amazonas state capital, where hospitals ran out of oxygen in January with lethal consequences.

Faced with criticism of its pandemic management, including from former President Lula da Silva, Brazil's federal government has pointed to a new and possibly more contagious local coronavirus variant, which is currently spreading through the country and even abroad.

READ MORE: All the different strains of coronavirus explained But experts also blame the spread on Brazilians' failure to follow mask and social distancing guidelines, encouraged by President Jair Bolsonaro, who derides precautionary measures as dangerous for the economy and social stability.

In São Paulo, officials have resorted to the whack-a-mole tactic of raiding nightlife hotspots to disperse gatherings of hundreds, Reuters reported.

Just 1.4 per cent of the population has been fully vaccinated. 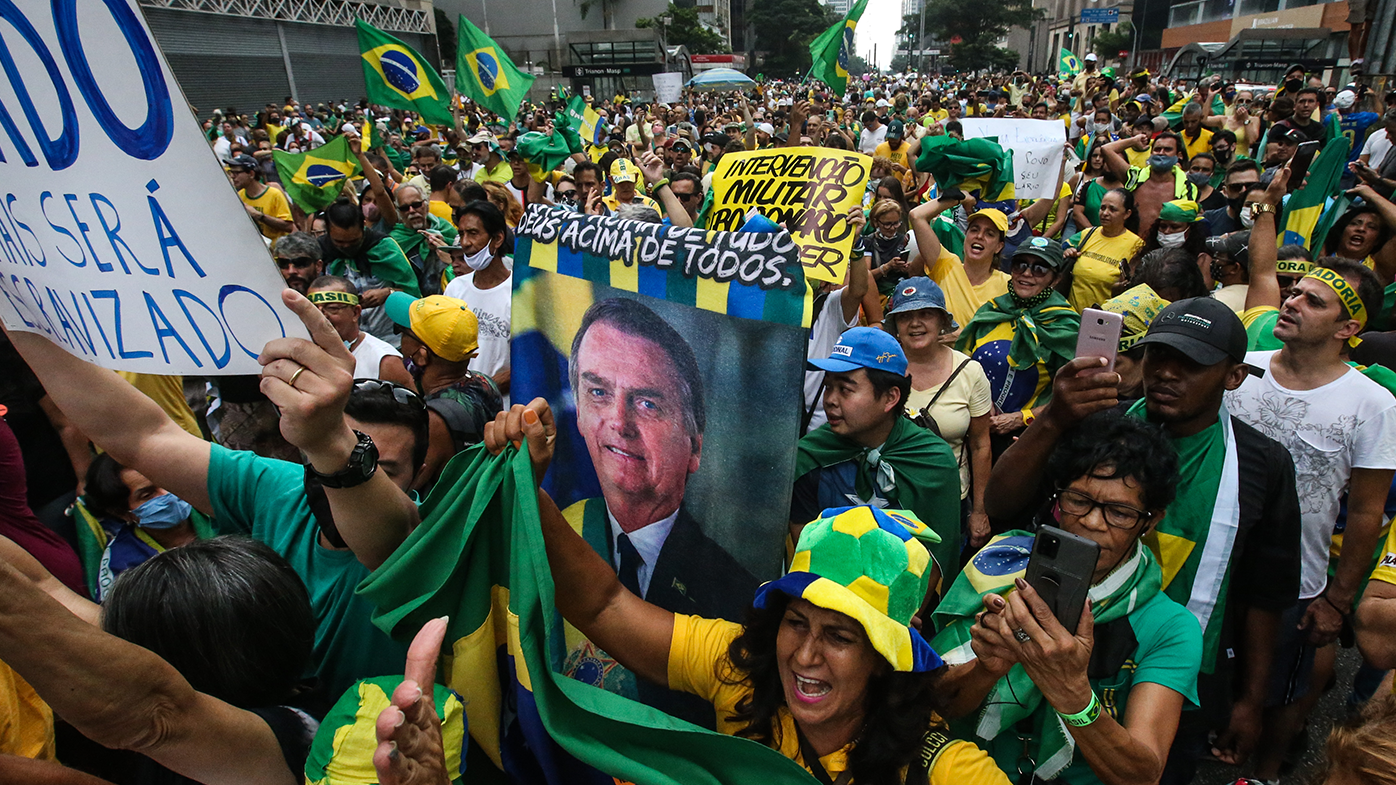 The federal government is negotiating new vaccine deals, including a purchase order for the Russian-made Sputnik V. But shortages persist for now. In the coastal city of Rio de Janeiro, officials have already been forced to suspend administration of first doses. The campaign will restart once more vaccines become available through Brazil's health ministry, Rio Mayor Eduardo Paes said.

With the daily death toll in the thousands, every hour that passes means lives lost.

In one grim five-day stretch this month, a dozen COVID-19 patients died at Dr Akira Tada Hospital, according to hospital officials. All were on a waitlist to be transferred to an ICU. 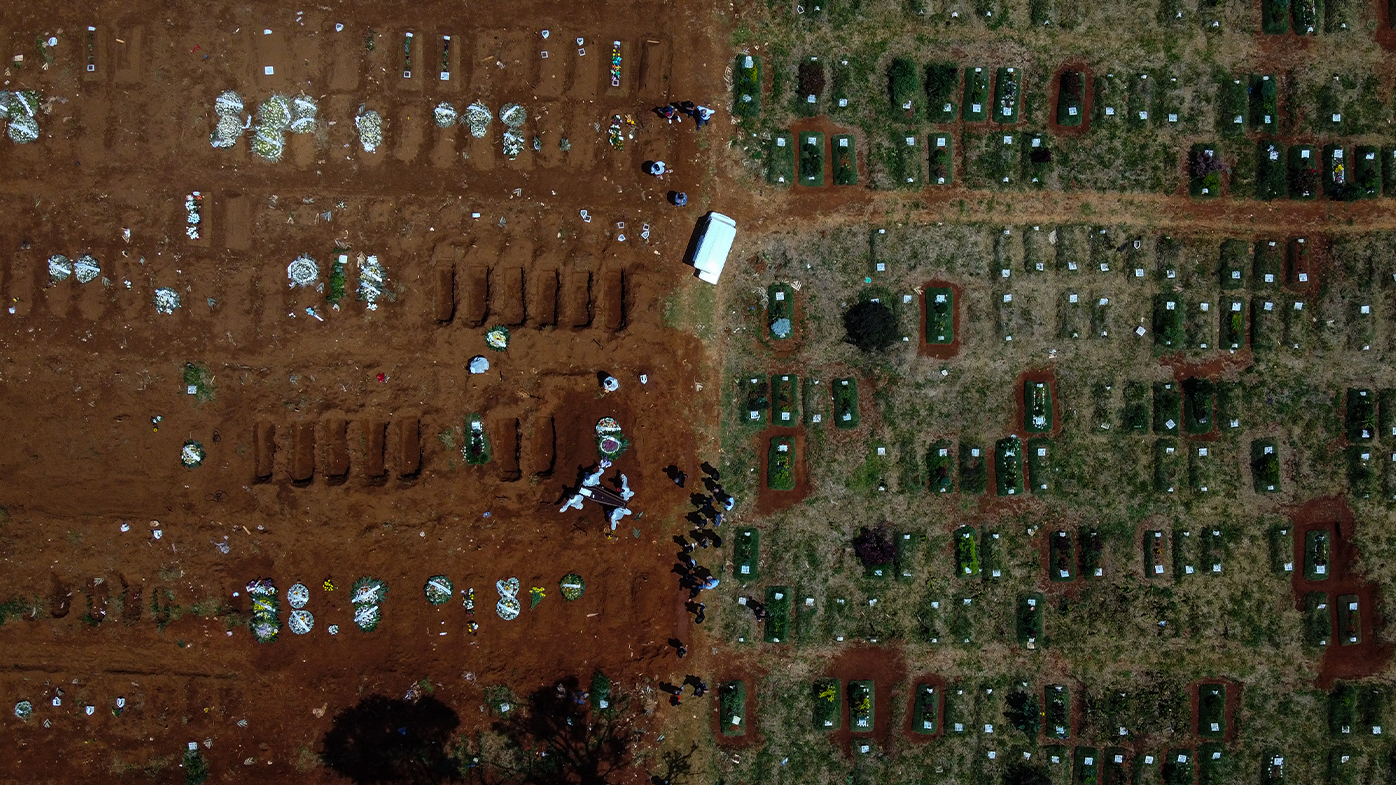 Dr Maria Dolores da Silva, an emergency medicine physician at the hospital, has never seen anything like it. A 42-year veteran of Brazil's public health system, she doesn't usually break down talking about her work, but in an interview with CNN, she bowed her head and cried, thinking about the loss.

"Psychologically, it affects us," said Dr da Silva. "As much as we want to be strong, the feelings come to the surface because of so much suffering that we see."

A local court recently stepped in, ordering that at least 17 ICU beds be made available those to waiting to be transferred, pointing to the State of São Paulo's public statistics, which claim that roughly 10 per cent of the region's ICU beds are still available. The state faces a $6,000 (AUD$7745) penalty for each day it does not provide beds to those patients.

But dozens more Dr. Akira Tada patients continue to wait to be moved for treatment. On Sunday morning, a 13th waiting patient died.

As of Sunday night, none of the remaining patients had been transferred.