Brazil today became the second country after the US to officially top 400,000 COVID-19 deaths, losing another 100,000 lives in just one month.

Brazil today became the second country after the US to officially top 400,000 COVID-19 deaths, losing another 100,000 lives in just one month, as some health experts warn there may be gruesome days ahead when the Southern Hemisphere enters winter.

April was Brazil's deadliest month of the pandemic, with thousands of people losing their lives daily at crowded hospitals.

The country's Health Ministry registered more than 4000 deaths on two days early in the month, and its seven-day average topped out at above 3100.

That figure has tilted downward in the last two weeks, to less than 2400 deaths per day, though today the Health Ministry announced another 3001 deaths, bringing Brazil's total to 401,186. 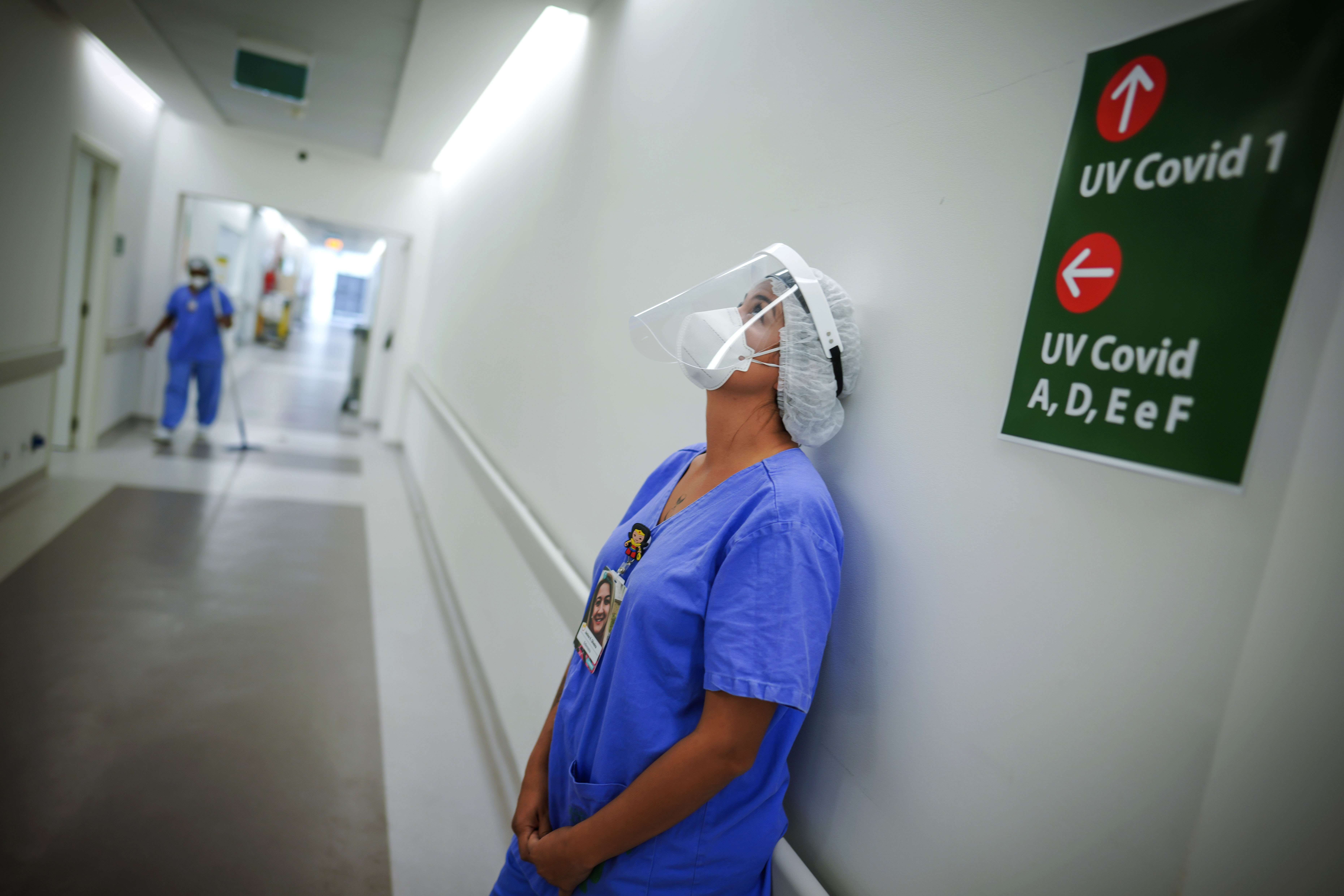 READ MORE: Brazil's hospitals are running out of life-saving drugs

Local health experts have celebrated the recent decline of cases and deaths, plus the eased pressure on the Brazilian health care system — but only modestly. They are apprehensive of another wave of the disease, like those seen in some European nations, due to a premature resumption of activity in states and cities combined with slow vaccination rollout.

Fewer than six percent of Brazilians have been fully vaccinated against COVID-19, according to Our World in Data, an online research site. President Jair Bolsonaro, who is now being investigated by a Senate panel over his administration's handling of the crisis, has repeated he will be the last to get a shot and he has attacked mayors and governors who enforce restrictions to control the virus' spread.

Shortly after the grim landmark was published, Mr Bolsonaro said in a live broadcast on his social media channels that "a big number of deaths has been announced," adding that he is "sorry for every death."

But he repeated his stance against social distancing measures. 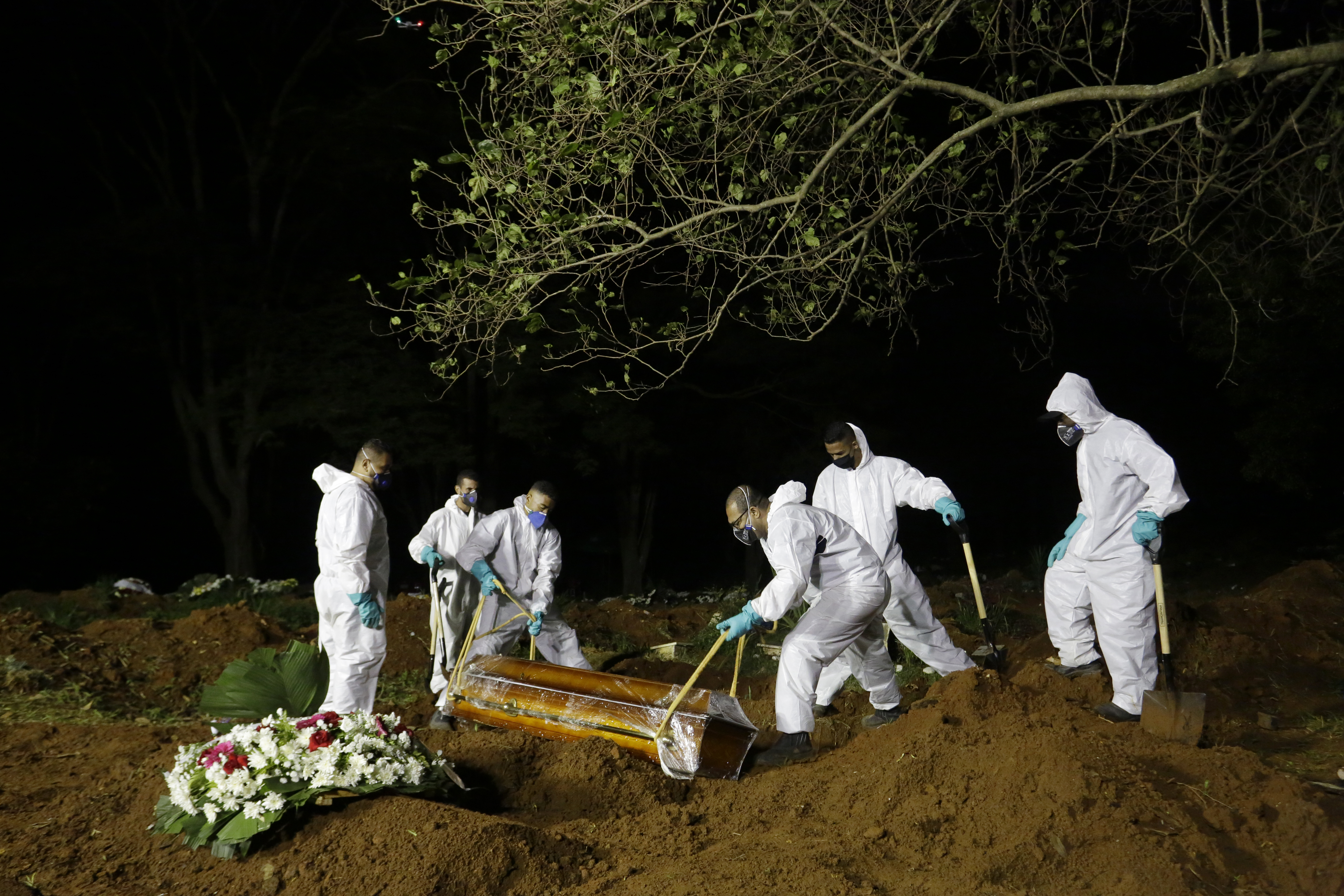 "I pray to God so there is not a third wave" of the coronavirus, the president said. "But if the lockdown policies continue this country will be dragged to extreme poverty."

Epidemiologist Wanderson Oliveira, one of the Health Ministry's top officials at the start of the pandemic, said he expects a third wave to hit by mid-June. He told radio station CBN on Tuesday that the country's immunisation effort won't prevent a new surge because many people won't receive shots before winter, when indoor gatherings and activities are more common even in the tropical nation.

"Our vaccination is such that in 2022 maybe we will have a much less tragic summer than we did now," he said, referring to the last few months.

He added he expects limited help from local leaders' partial shutdowns, which have yielded weaker results than European-style lockdowns. Many Brazilians flouted social distancing recommendations and partial shutdowns even in the throes of the pandemic's peak. 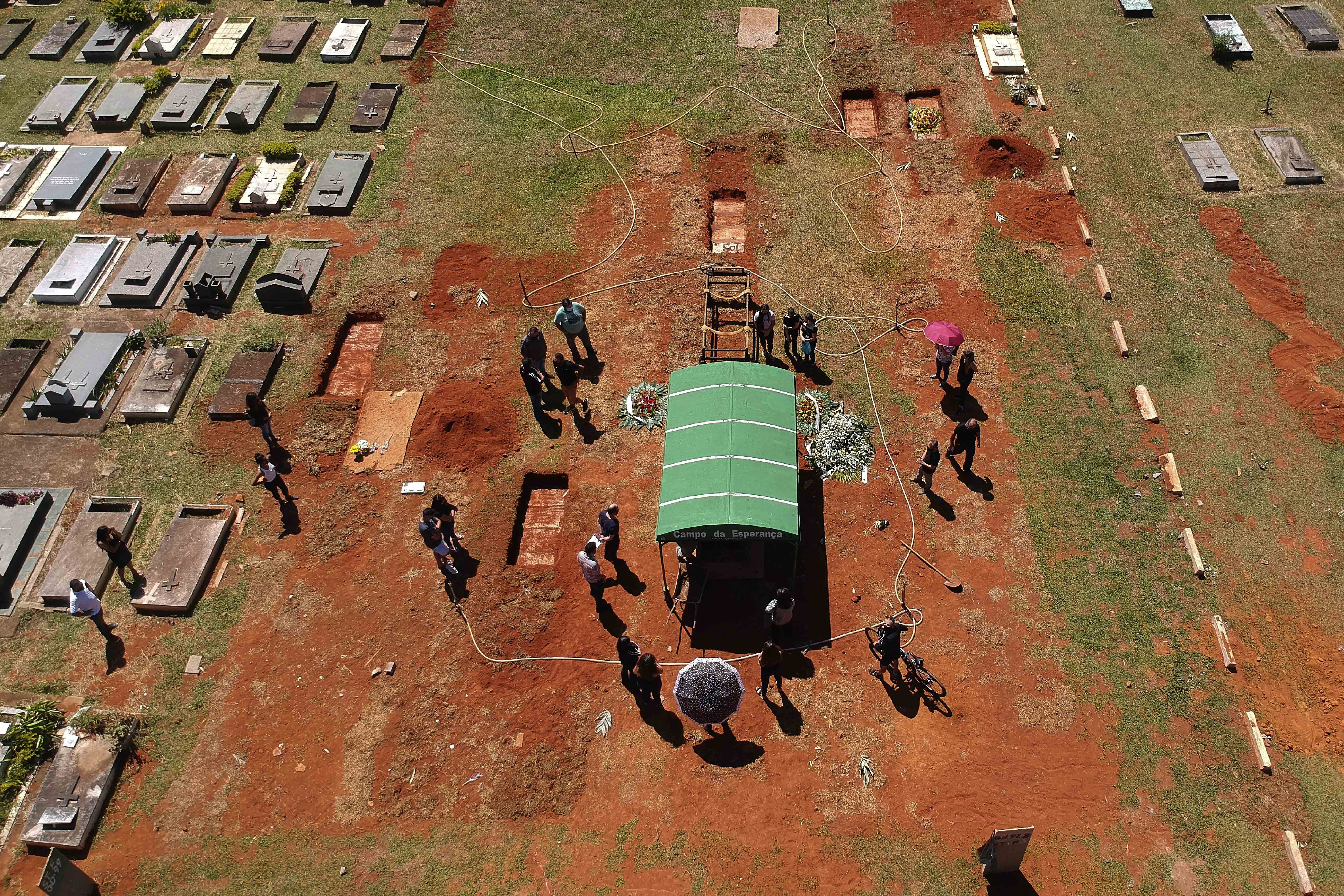 Brazil's vaccination program, though a far cry from its triumphant campaigns of decades past, has slowed the pace of deaths among the nation's elderly, according to death certificate data published on Monday. Younger people remain unprotected, and have begun falling ill in far greater numbers as a more transmissible variant circulates in Brazil.

Adding to concerns, Brazil's Health Ministry has repeatedly cut its outlook for vaccines in the short term. The country's two biggest laboratories are facing supply constraints for imports from producers in China and India, which has become the pandemic's global epicentre.