Big mistake. Big. Huge ― if you thought Brad Pitt doesn’t live up to the hype.

While we were being sent into an emotional tailspin over Pitt’s reunion with ex-wife Jennifer Aniston at Sunday’s SAG Awards, the actor has quietly been cultivating another relationship, with longtime admirer Dax Shepard.

Shepard, host of the “Armchair Expert” podcast, has long carried a torch for the “Once Upon a Time in Hollywood” star, repeatedly broadcasting his feelings on “The Ellen DeGeneres Show” over the years. So, yes, Brad Pitt is to Dax Shepard as a sloth is to Kristen Bell. Got it?

Pitt finally reciprocated back in September, admitting while Shepard was guest-hosting an episode of DeGeneres’ daytime talk show that he has “a little bit of a crush” on the “Parenthood” alum.

And now they’ve taken things to the next level, actually hanging out on the date of Shepard’s (and presumably all of our) dreams.

“I felt like ‘Pretty Woman.’ I felt like Julia Roberts in ‘Pretty Woman,’” he gushed. “I was waiting for him to set that chopper down on Rodeo and let me just go wild in one of those stores with his credit card. If it had happened, it wouldn’t have surprised me. It was that incredible.”

Shepard said Pitt was “everything you’d hope,” adding that the actor “attacked that track like his character from “Troy.” 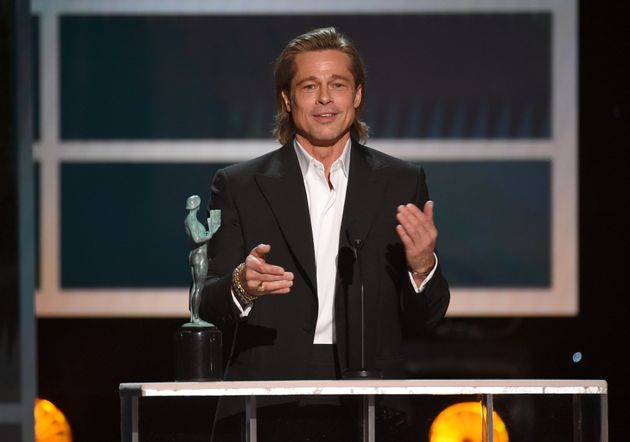 But the “Bless This Mess” star did have one infinitely relatable regret after the date came to a conclusion. Shepard lamented that he missed his opportunity to witness Pitt sans shirt in the flesh.

“You know, when you ride motorcycles, you’re in head-to-toe leather,” he explained to DeGeneres. “So, I wasn’t seeing trapezia, no abs.”

That’s why he proposed their next date take place at “some kind of beach community where we can splash around a little bit.”

He added: “Brad, let’s hit the beach my friend.”