Police are appealing for public help to uncover how a 12-year-old boy died during a fight in Cairns.

Police are appealing for public help to uncover how a 12-year-old boy died during a fight in Cairns.

Officers were called to Shang Park in Mooroobool about 6pm on Thursday over reports of a disturbance between a group of young people.

The boy was found unresponsive and taken to Cairns Hospital where he was pronounced dead a short time later.

Police say it's likely he died of trauma to the head.

It's believed the boy was with three others when they became involved in a fight with another group. Passer-by George Sailor told 9News he heard the fight and rushed over, finding the boy unresponsive.

"I placed him on his back straight away and started CPR. His friends were around but some were in shock, his sister was running up and down was just in pure shock," he said.

"I sort of haven't slept, saw the flashbacks it kept running through my mind."

Detectives have spoken with all involved but, because of gaps in CCTV and a lack of forensic evidence, need public help to discover what happened.

"I'm particularly interested in any other children or particularly adults that might have seen what occurred - anyone who bothered to video or anything like that - to piece together exactly what happened to this poor boy," Detective Inspector Jason Smith told reporters. 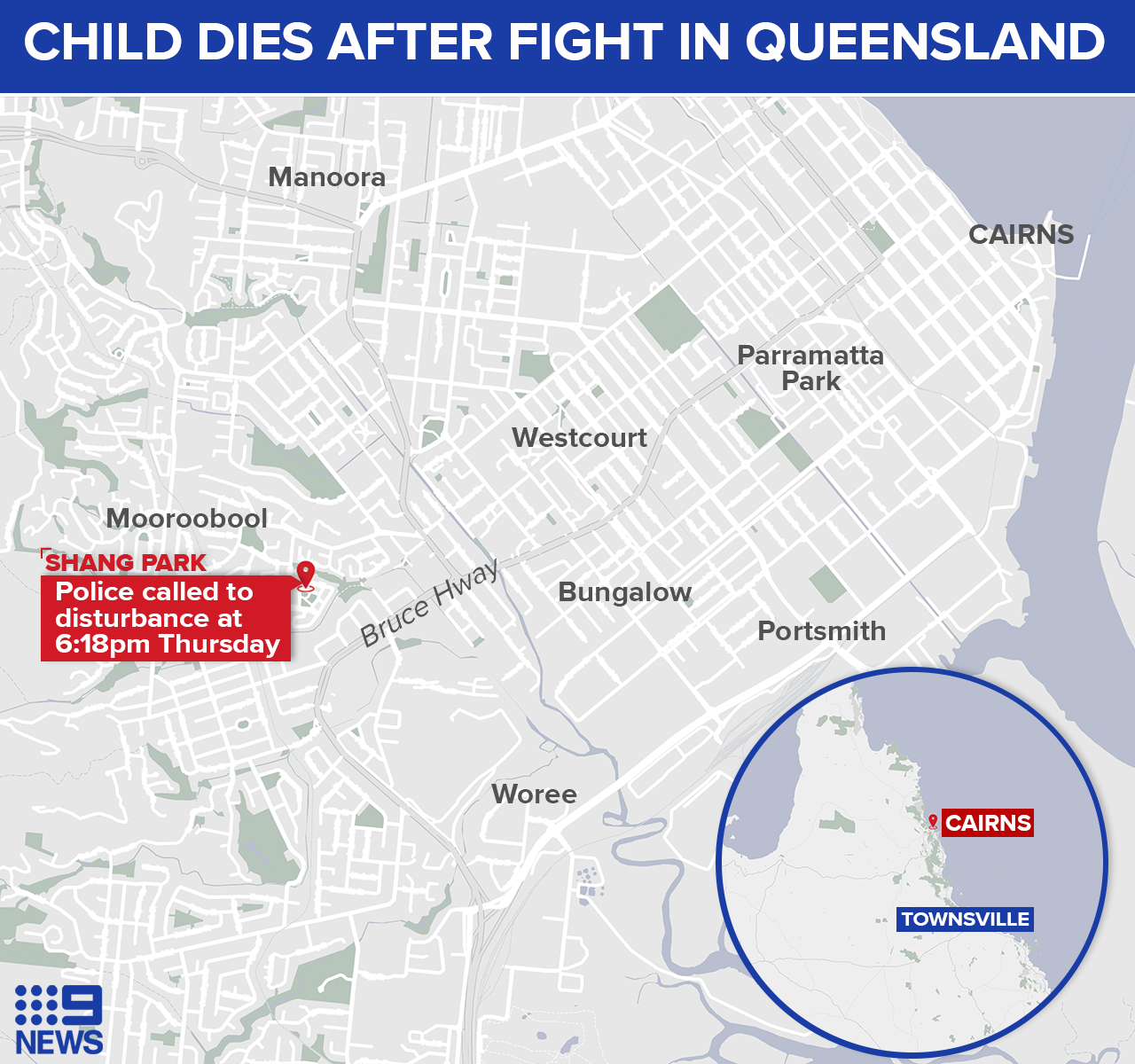 He urged the community to maintain the peace as they await the outcome of the police investigation.

"It's an Indigenous community largely here, a very tight community and well connected community... it will be a very sorry time for everyone in this area," Det Insp Smith added.

"I call on anyone here just to be reasonable and wait until we can give them information as to how this fella died."

The death has rocked the tight-knit community, locals left flowers at the park to pay respect to the boy and his family.