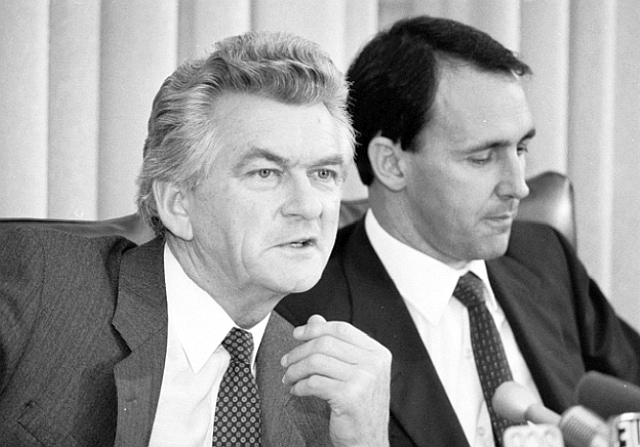 Waves of Unreason is a very important book that charts the rise of Australian Prime Ministers in the 21st Century. It restates so very many obvious truths. Chief among them are that neoliberalism – the predominant philosophy of recent (largely white) Western humankind – is stuffed. It is a false past and now doomed; John […] 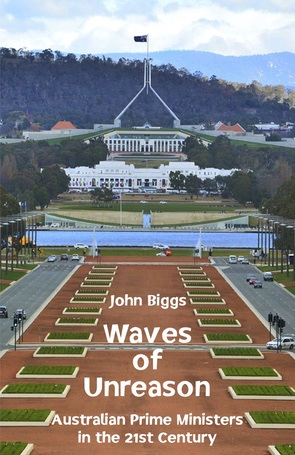 Waves of Unreason is a very important book that charts the rise of Australian Prime Ministers in the 21st Century.

It restates so very many obvious truths. Chief among them are that neoliberalism – the predominant philosophy of recent (largely white) Western humankind – is stuffed. It is a false past and now doomed; John Biggs makes this point very powerfully. He details how the drift to neoliberalism received a huge impetus under a ‘socialist’ Labor government during the Hawke-Keating era.

We have been sliding backwards ever since, no more exemplified than during the Abbott government, and if Australia continues along the path of neoliberalism, the immense divide between the Haves and the Have-nots will inexorably increase. Pray we do not.

Dr John Biggs is the author of Waves of Unreason. His biographical notes show that he spent his professional life as a psychologist and teacher-educator in England, Canada, Australia and Hong Kong. He has published extensively as an academic. In 2017 he was invested as a member of the order of Australia (AM) ‘for significant service to tertiary education’. He retired from Hong  Kong university to settle in Hobart to concentrate on writing on writing , both fiction and non- academic non-academic non-fiction. His writings, he says, increasingly reflect his concern about what is happening in state and federal politics.

There is much to like in the way John Bigg’s uses subheadings, for example the ‘Unreason of Neoliberalism’, with a subsequent header ‘The Way of Reason’.

“I was in inspired in this venture by the fiercely-principled Max Bound,” said Biggs. Personally I also knew him; he used to support Tasmanian Times, dropping by cash whenever he was able.

Biggs: “I became closely associated with him in the last years of his politically-heroic life. Some of the more important of his writings were published just before his death as ‘Greed or Survival?’ (Search Foundation 2012).

“Before, the way of reasons was the way of faith. But Australia in 2018-19 even exceeds these conflations between religion and politics with the prime ministership of Scott Morrison. This entaglement is explained in Chapters 5 and 6.”

The rise of soft liberalism

“Neoliberalism shaped policy in Australia much earlier than Abbott or Howard. When Bob Hawke came to power in 1983, the government set the level of interest rates, of the Australian dollar and tariffs, while wages were set by the Industrial Relations Commission.

When Labor left office in 1996, the government had virtually abolished tariffs, had ceded control over interest rates to an independent Reserve Bank and the value of the dollar and wages to market forces. and privatised the Commonwealth Bank and Qantas.”

New waves of unreason: Was the Abbott Government Fascist?

John writes, “After Tony Abbott had won the 2013 Federal election, and particularly after his broken promises and the 2014 Budget, people were shocked at where Australia seemed to be heading. So, where was Australia heading? Towards fascism?

It must be for the benefit of all citizens, including citizens of the global community. That is what is ‘reasonable’.

And the means by which that benefit is distributed is through fact, evidence and reasoned argument.

In this way, we have both the two dimensions of the Enlightenment in operation: reason and humanity.

… But however we handle it, my earnest wish is that this book many contribute to more reasoned decision-making and cooperative confrontation, party interest and self-interest.”

READ:  9 Photos Showing What 'Covid Fingers And Toes' Can Look Like