Indonesian rescuers pulled out body parts, pieces of clothing and scraps of metal from the Java Sea after a Boeing 737-500 crashed with 62 people onboard.

Indonesian rescuers pulled out body parts, pieces of clothing and scraps of metal from the Java Sea early on Sunday morning, a day after a Boeing 737-500 with 62 people onboard crashed shortly after takeoff from Jakarta, officials said.

Officials were hopeful they were honing in on the wreckage of Sriwijaya Air Flight 182 after sonar equipment detected a signal from the aircraft. 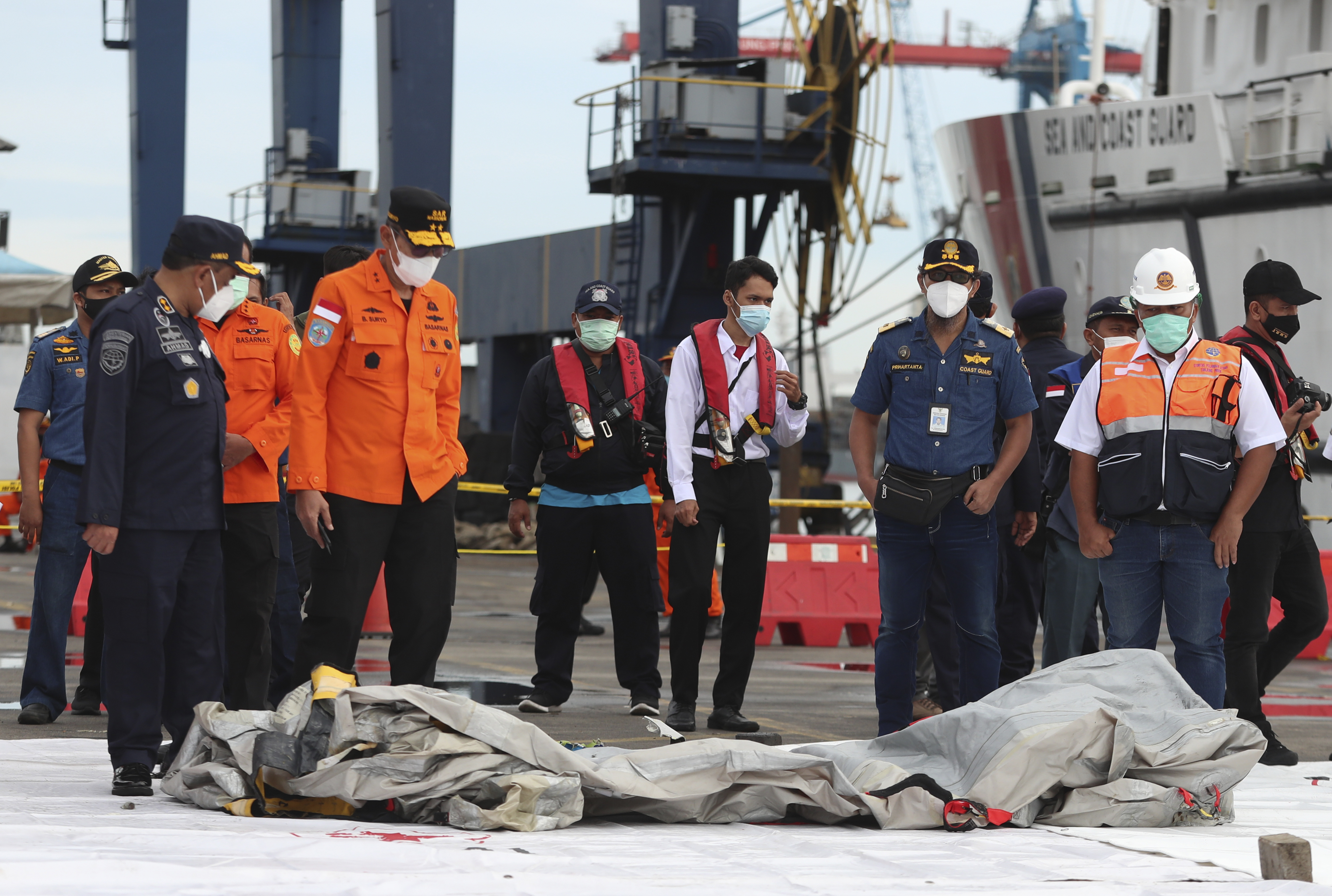 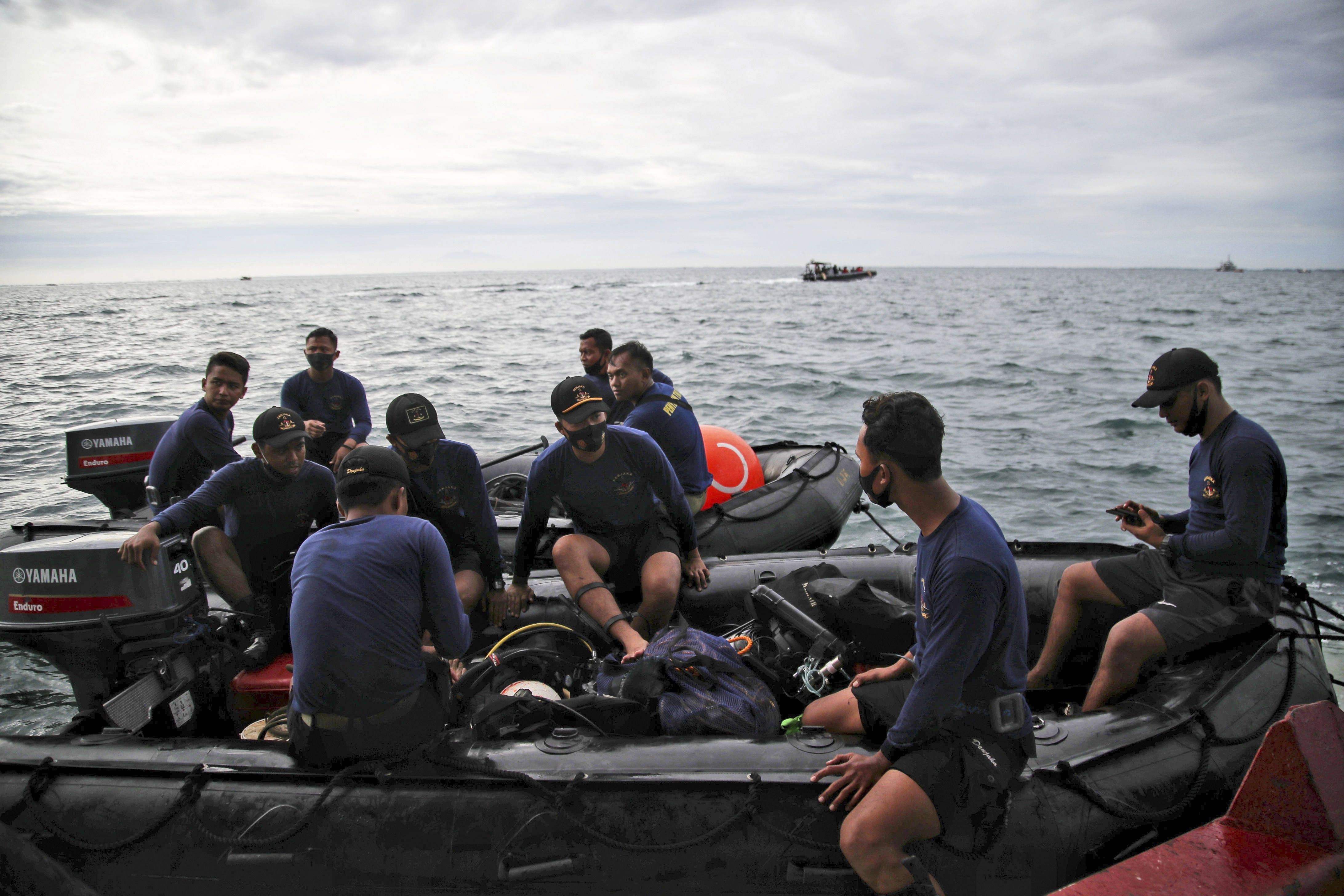 "These pieces were found by the SAR team between Lancang Island and Laki Island," National Search and Rescue Agency Bagus Puruhito said in a statement.

Indonesian military chief Air Chief Marshal Hadi Tjahjanto said teams on the Rigel navy ship equipped with a remote-operated vehicle had detected a signal from the aircraft, which fit the coordinates from the last contact made by the pilots before the plane went missing.

"We have immediately deployed our divers from navy's elite unit to determine the finding to evacuate the victims," Tjahjanto said. 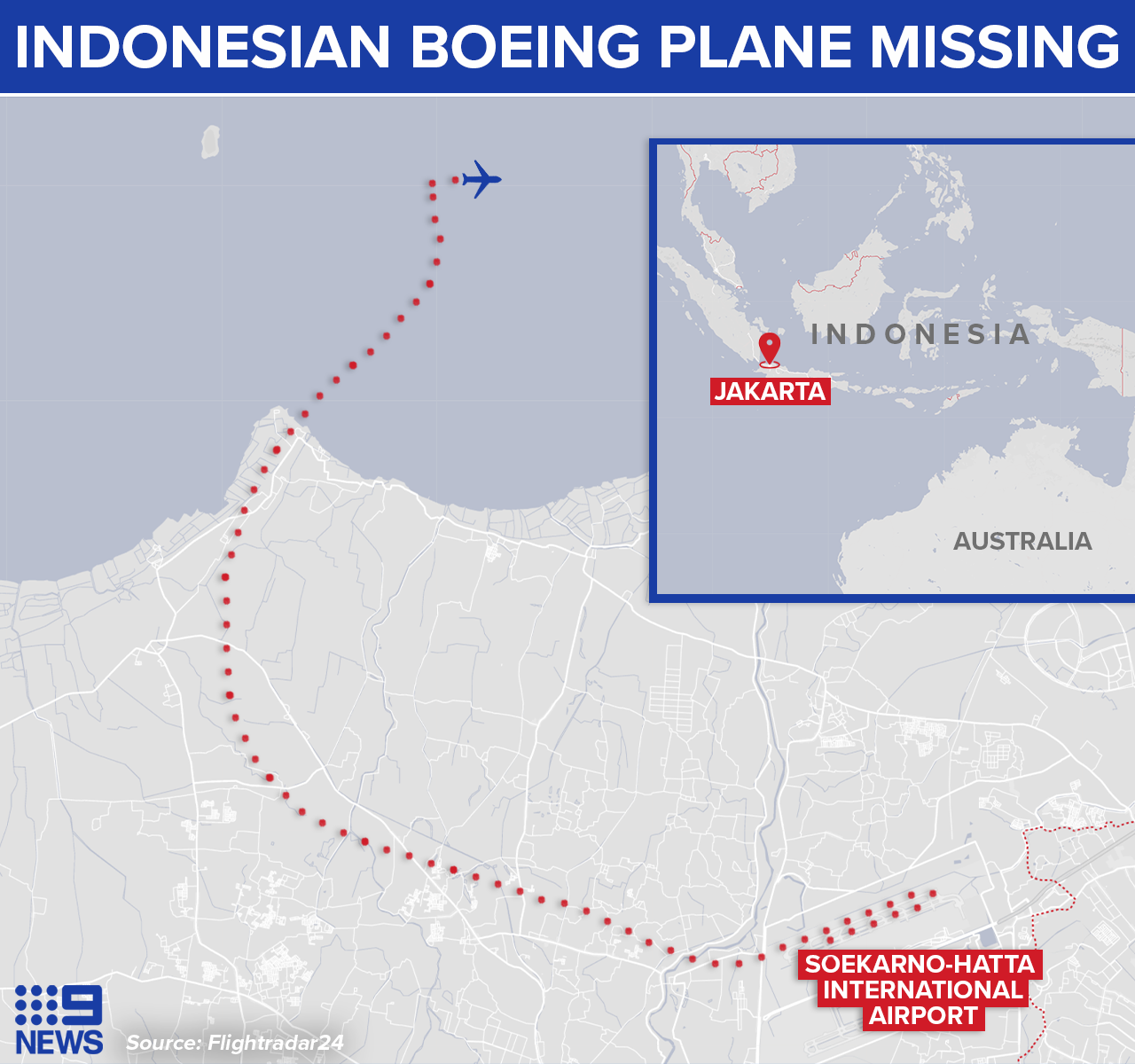 More than 12 hours since the Boeing plane operated by the Indonesian airline lost contact, little is known about what caused the crash.

Fishermen in the area around Thousand Islands, a chain of islands north of Jakarta's coast, reported hearing an explosion around 2.30pm Saturday (6.30pm AEDT).

"We heard something explode, we thought it was a bomb or a tsunami since after that we saw the big splash from the water," fisherman Solihin, who goes by one name, told The Associated Press by phone.

READ:  Can you get a COVID-19 vaccination yet? State-by-state guide 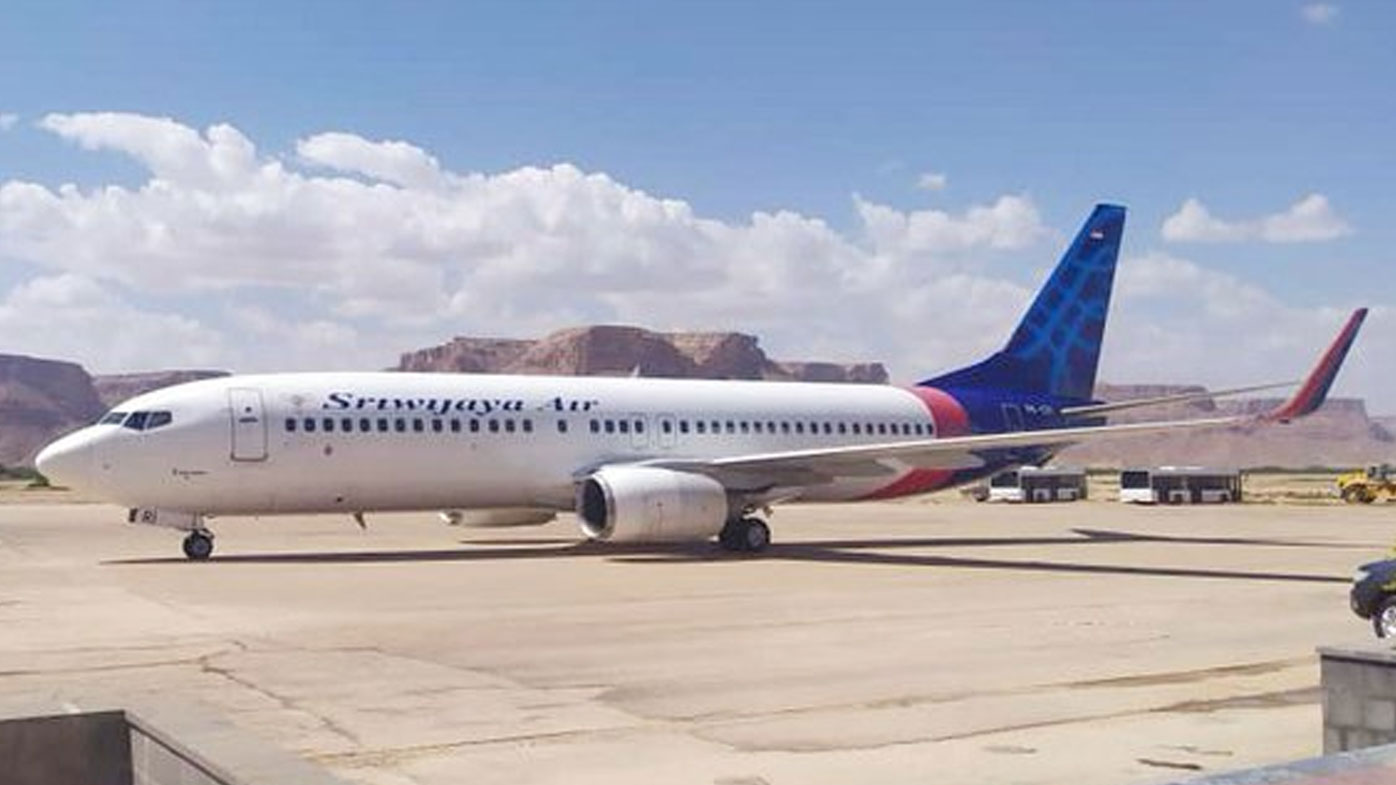 "It was raining heavily and the weather was so bad," he said.

"So it is difficult to see around clearly. But we can see the splash and a big wave after the sounds.

"We were very shocked and directly saw the plane debris and the fuel around our boat."

Sumadi said Flight SJ182 was delayed for an hour before it took off at 2.36pm.

There were 62 people on board, including seven children and three babies. 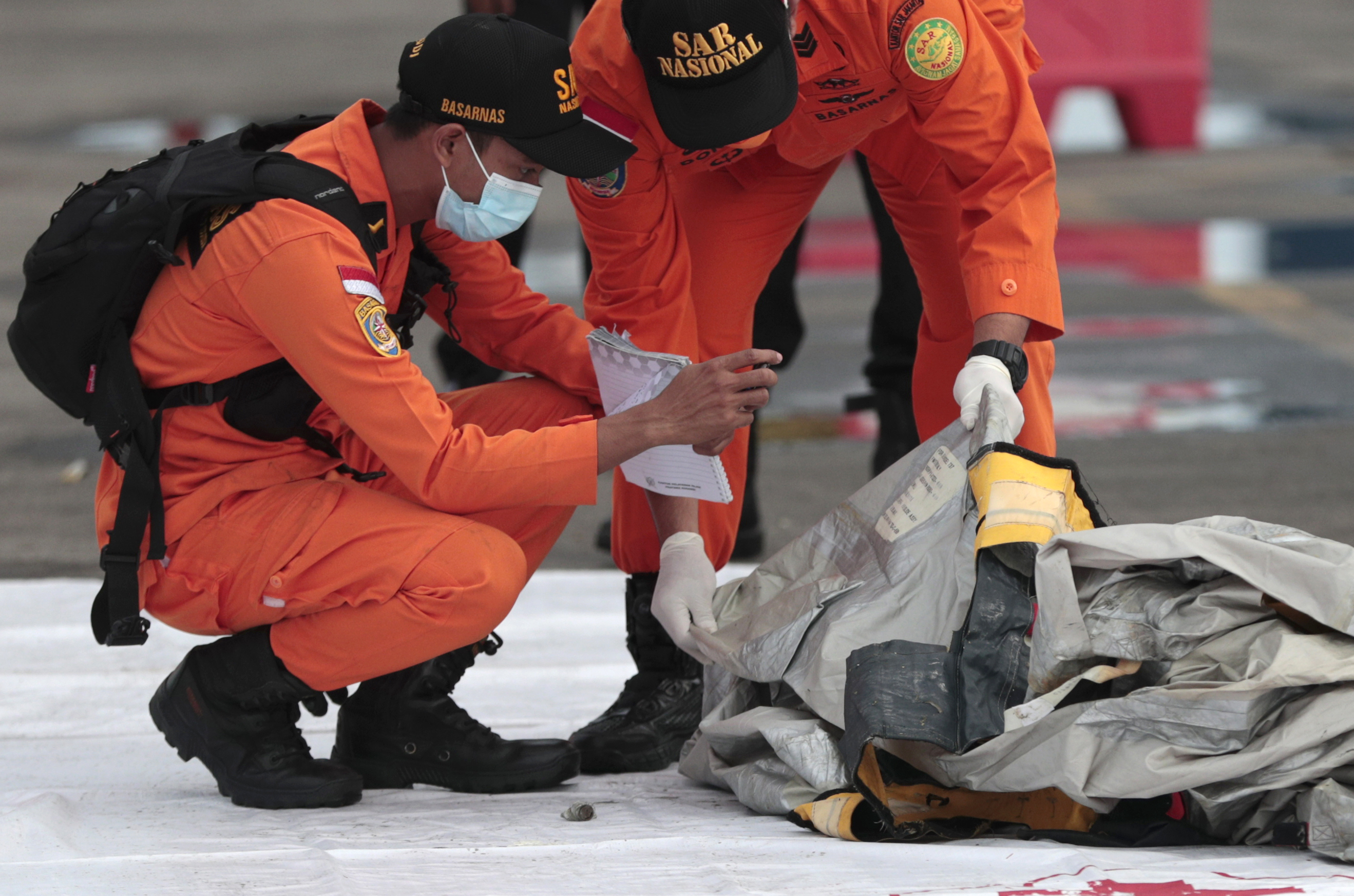 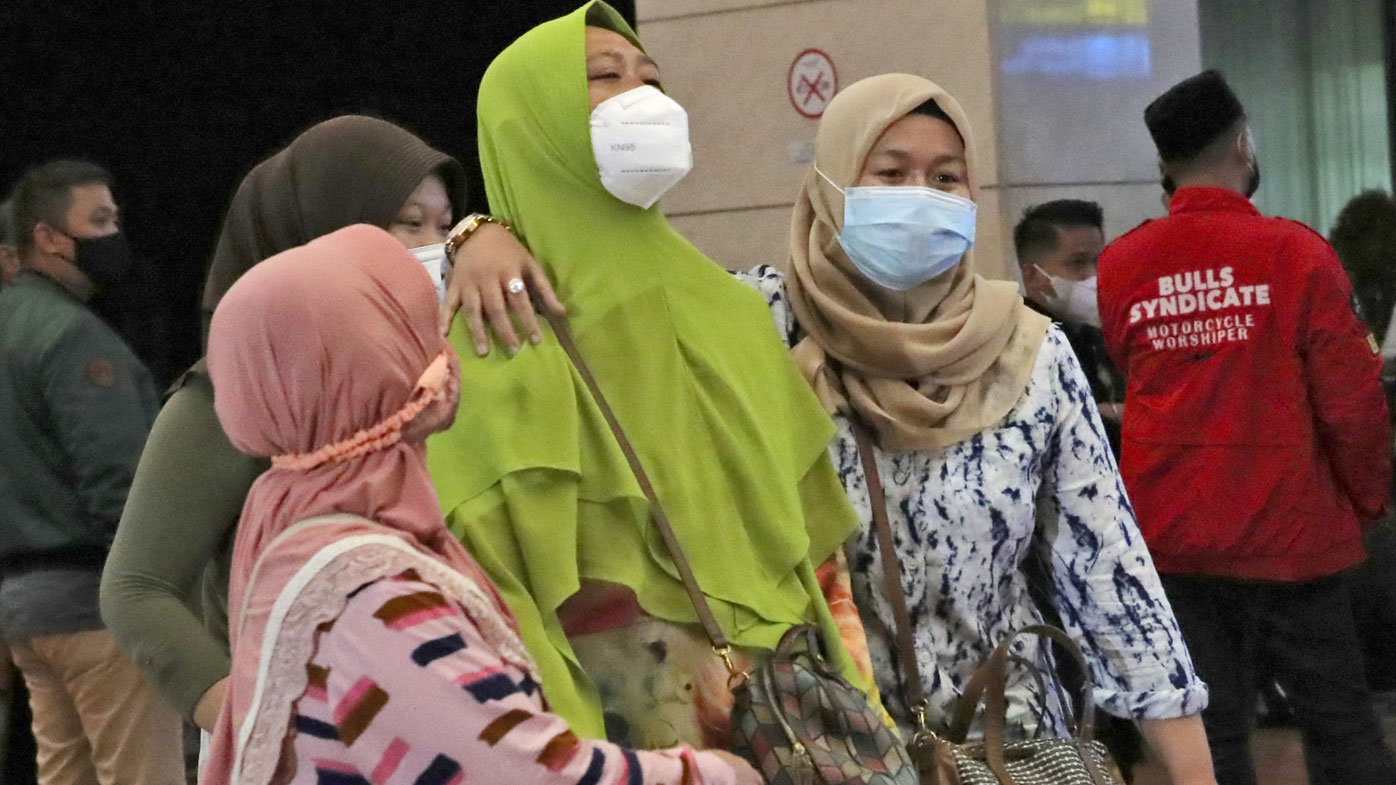 "We are aware of media reports from Jakarta regarding Sriwijaya Air flight SJ-182," Boeing said in a statement.

"Our thoughts are with the crew, passengers, and their families. We are in contact with our airline customer and stand ready to support them during this difficult time."

Authorities established two crisis centers, one at the airport and one at the port. Families gathered to wait for news of loved ones.

On social media, people began circulating the flight manifesto with photos and videos of those who were listed as passengers.

One video shows a woman with her children waving goodbye while walking through the airport. 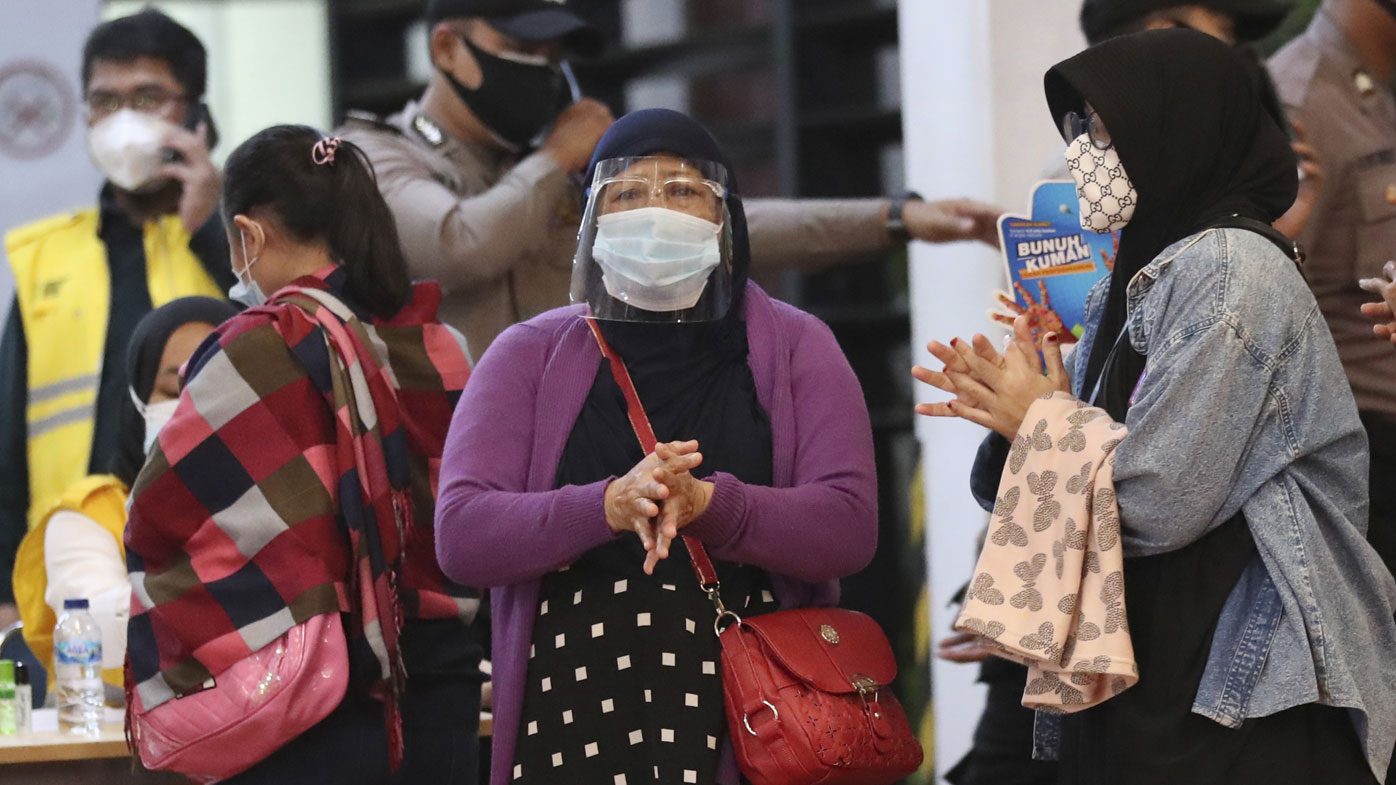 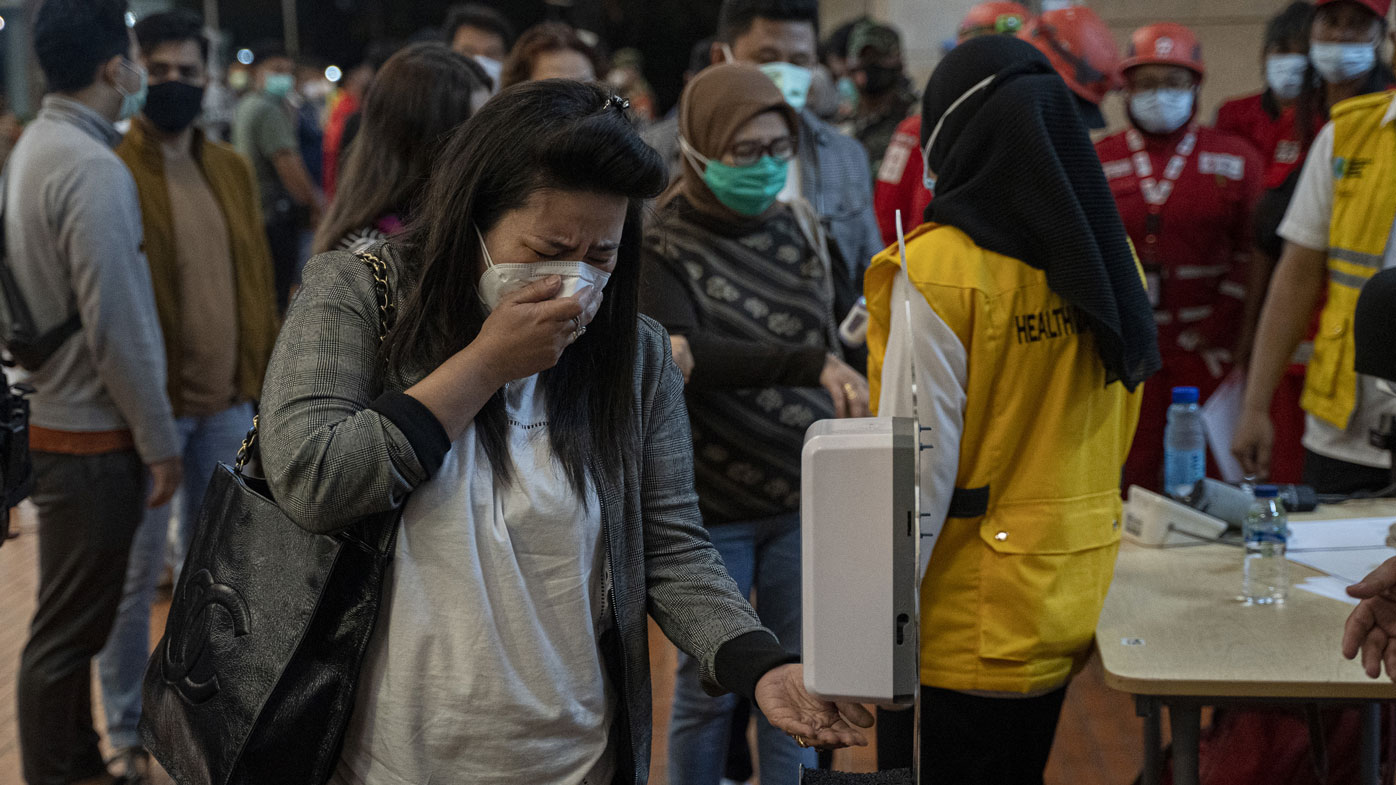 Sriwijaya Air President Director Jefferson Irwin Jauwena said the plane, which is 26 years old and previously used by airlines in the United States, was airworthy.

He told reporters on Saturday that the plane had previously flown to Pontianak and Pangkal Pinang city on the same day.

He said the plane was delayed due to bad weather, not because of any damage.

Indonesia, the world's largest archipelago nation, with more than 260 million people, has been plagued by transportation accidents on land, sea and air because of overcrowding on ferries, aging infrastructure and poorly enforced safety standards. 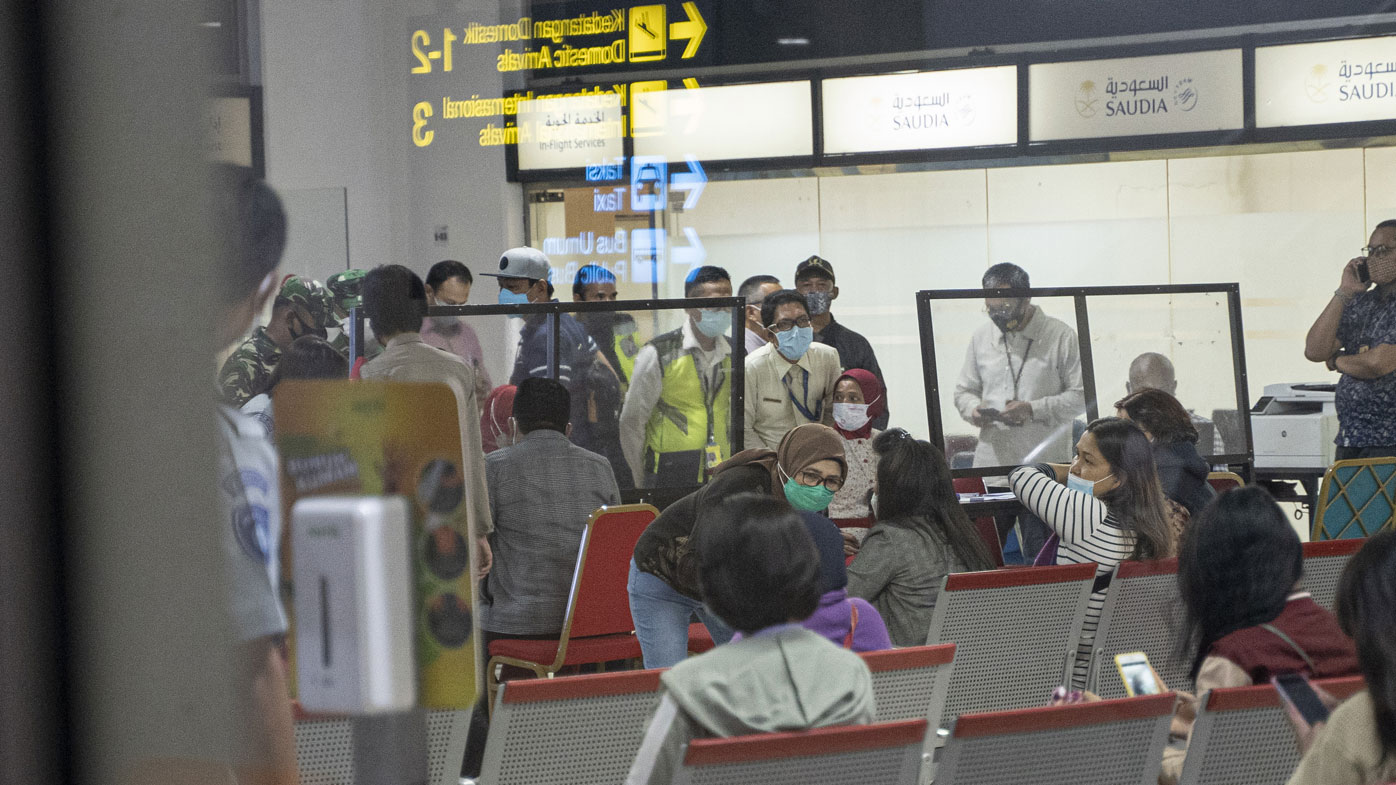 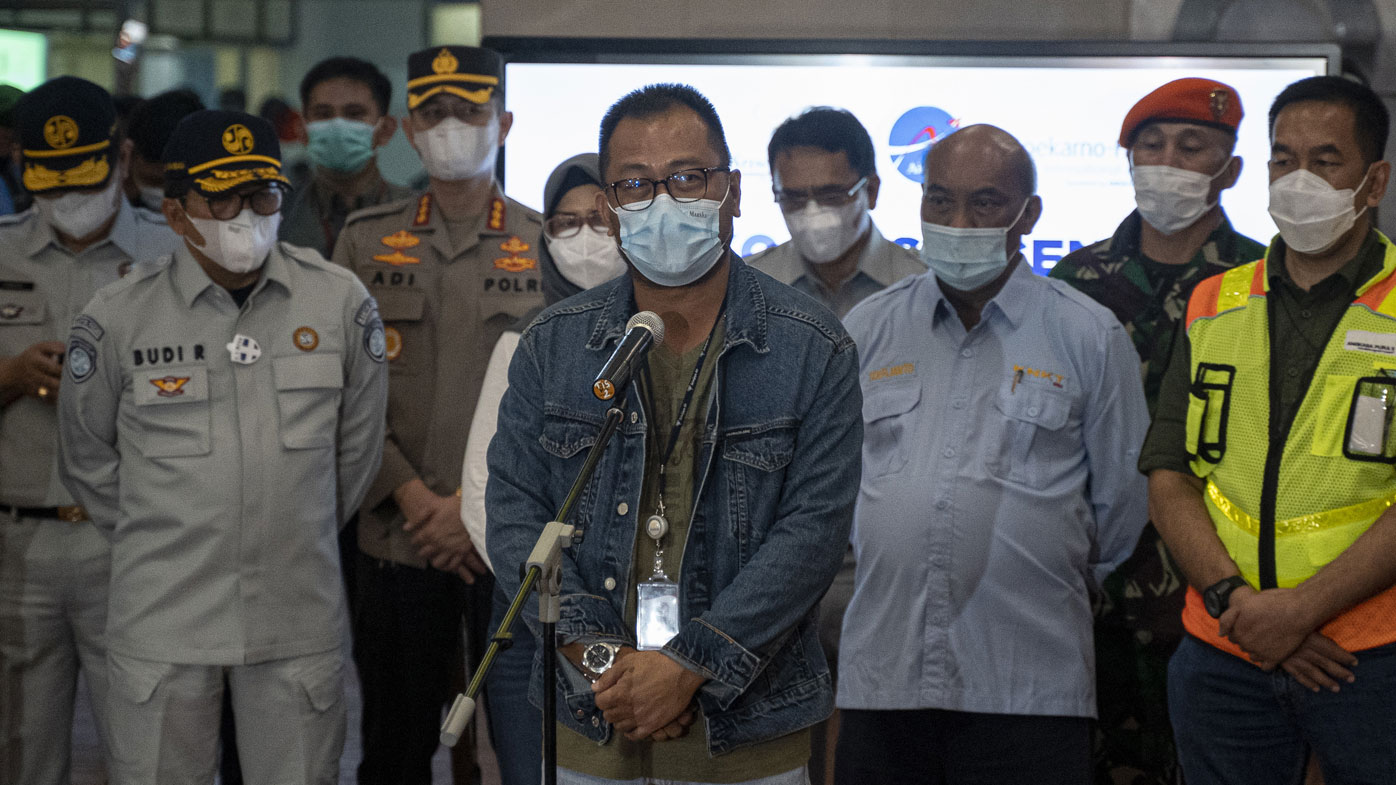 In October 2018, a Boeing 737 MAX 8 jet operated by Lion Air plunged into the Java Sea just minutes after taking off from Jakarta, killing all 189 people on board.

The plane involved in Saturday's incident did not have the automated flight-control system that played a role in the Lion Air crash and another crash of a 737 MAX 8 jet in Ethiopia five months later, leading to the grounding of the MAX 8 for 20 months.

The Lion Air crash was Indonesia's worst airline disaster since 1997, when 234 people were killed on a Garuda airlines flight near Medan on Sumatra island.

In December 2014, an AirAsia flight from the Indonesian city of Surabaya to Singapore plunged into the sea, killing 162 people.

Sriwijaya Air has only had several minor incidents in the past, though a farmer was killed in 2008 when a landing plane went off the runway due to a hydraulic issue. 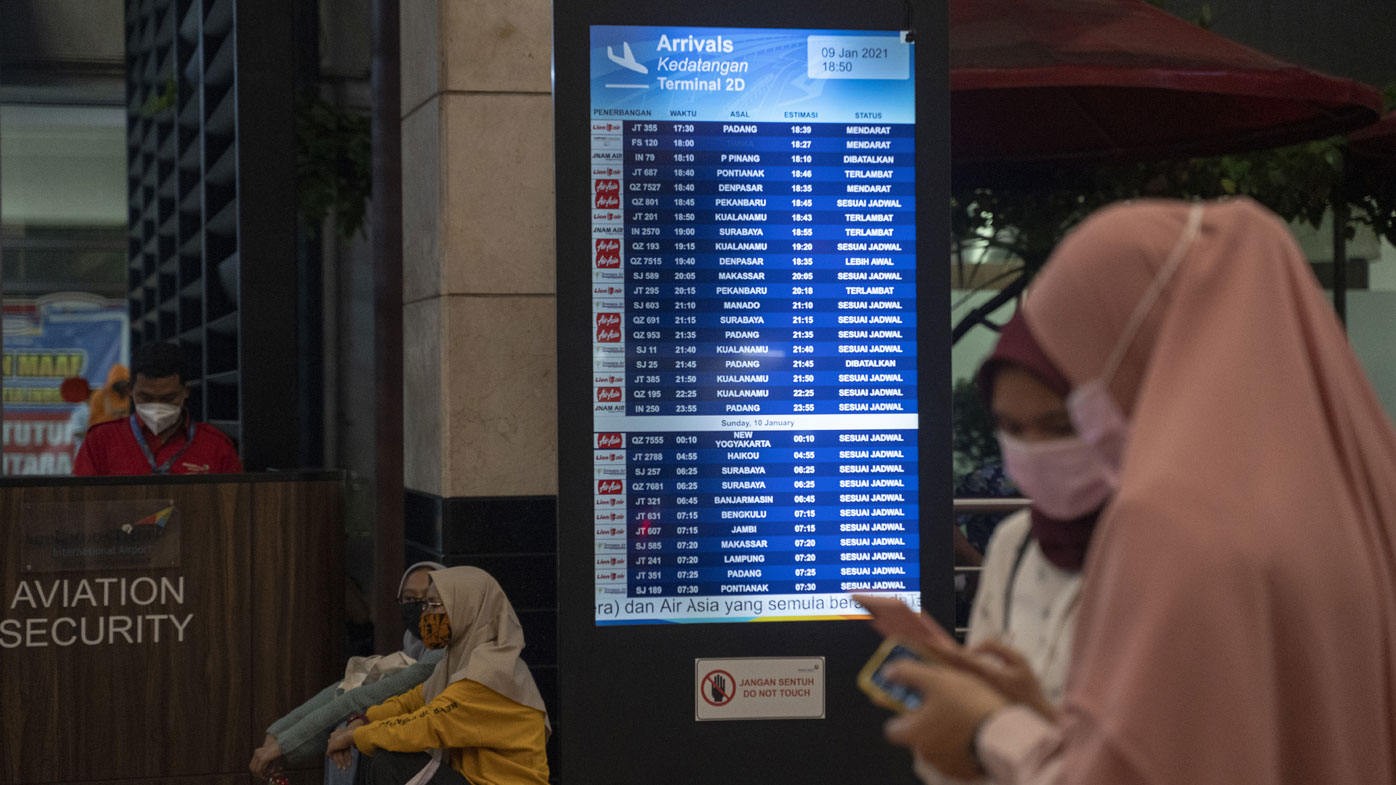 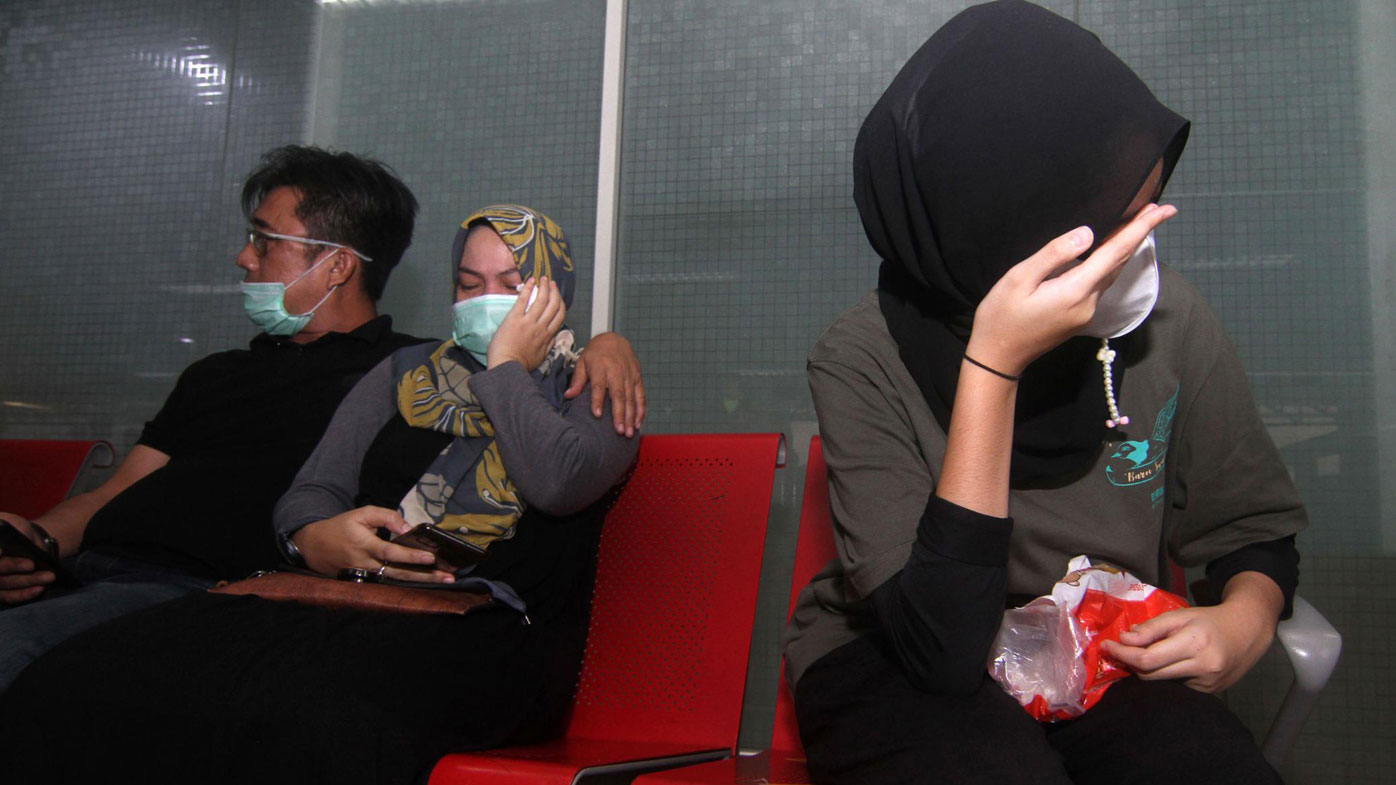 The United States banned Indonesian carriers from operating in the country in 2007, but reversed the decision in 2016, citing improvements in compliance with international aviation standards.

The European Union has previously had similar bans, lifting them in June 2018. 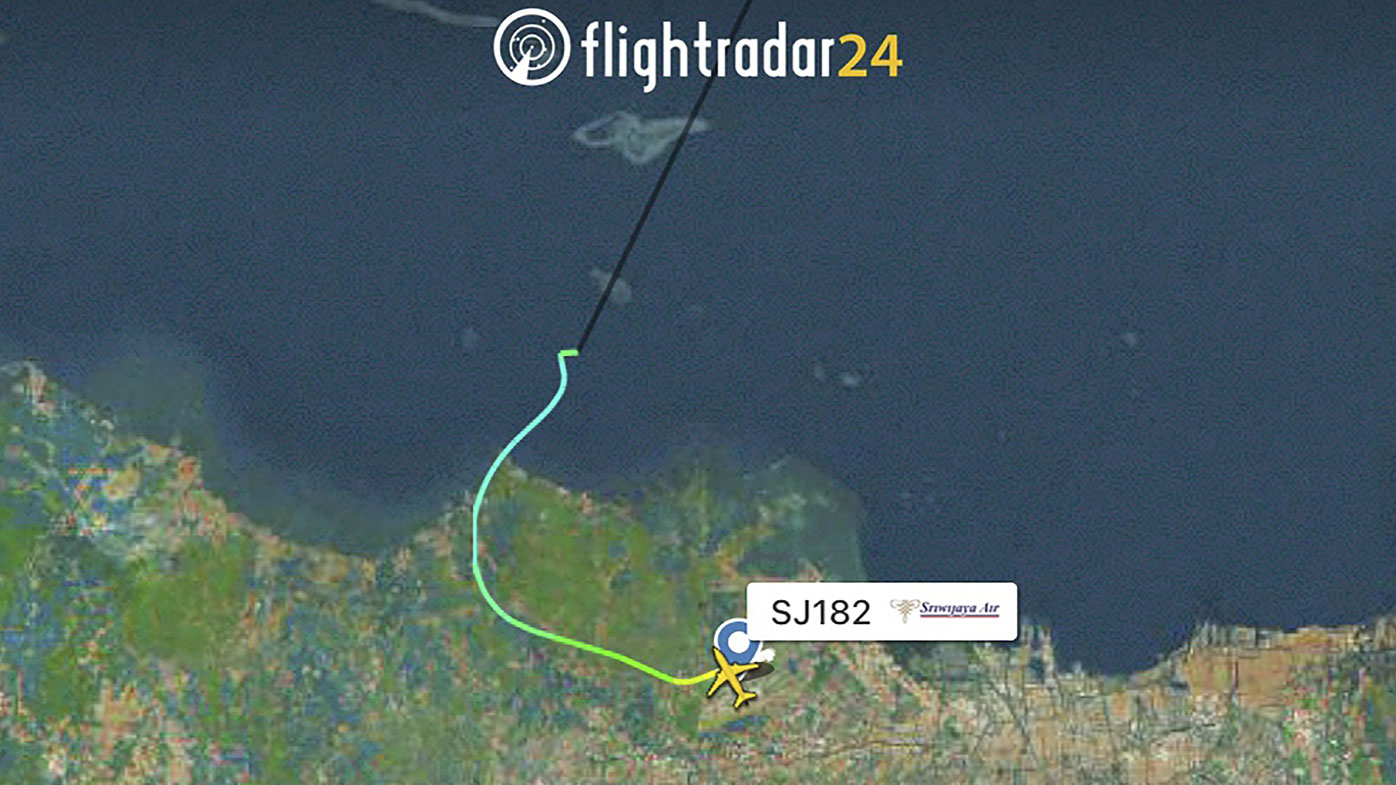