Two police officers have grappled with a man who allegedly threatened them with a rifle in Western Australia.

Two police officers have grappled with a man who allegedly threatened them with a rifle in Western Australia.

The officers were patrolling known drug houses in Esperance on the state's south coast when they asked a man in a Landcruiser to pull over. 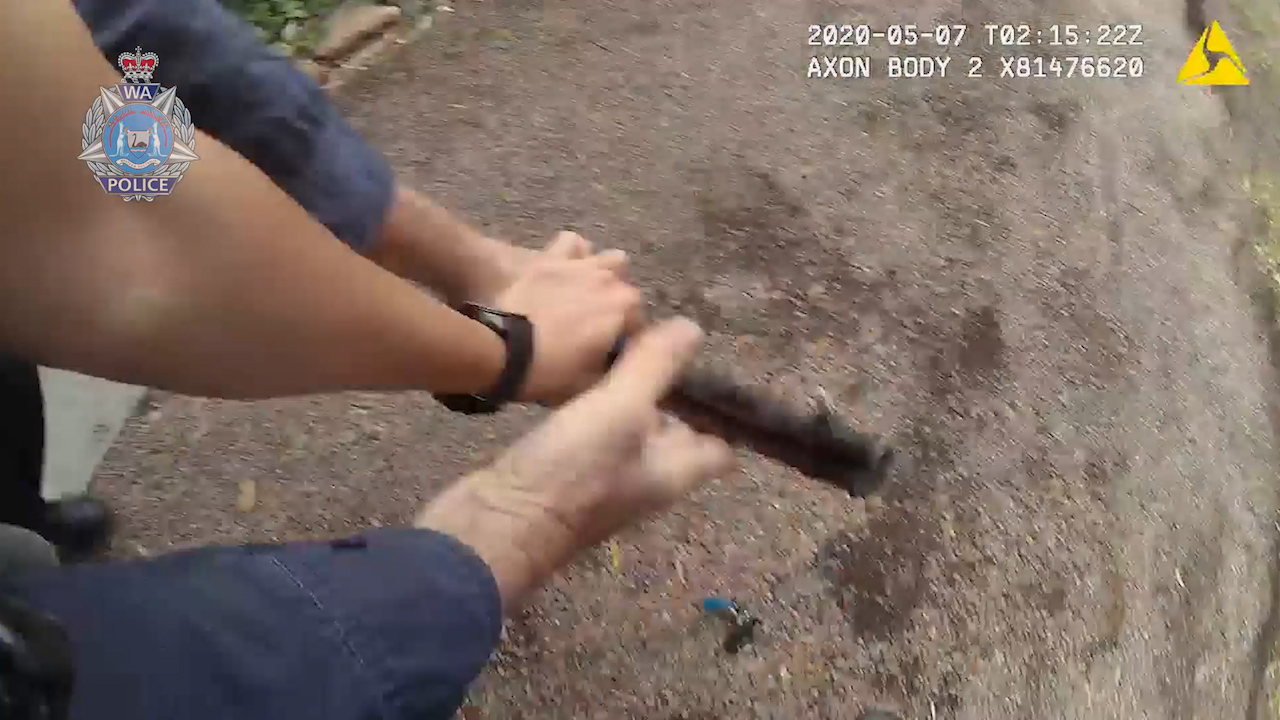 The driver allegedly tried to flee instead.

After eventually stopping the car, the driver allegedly left the vehicle carrying a rifle.

Bodycam footage appears to show the two officers closing in and grabbing the gun, putting themselves in danger. 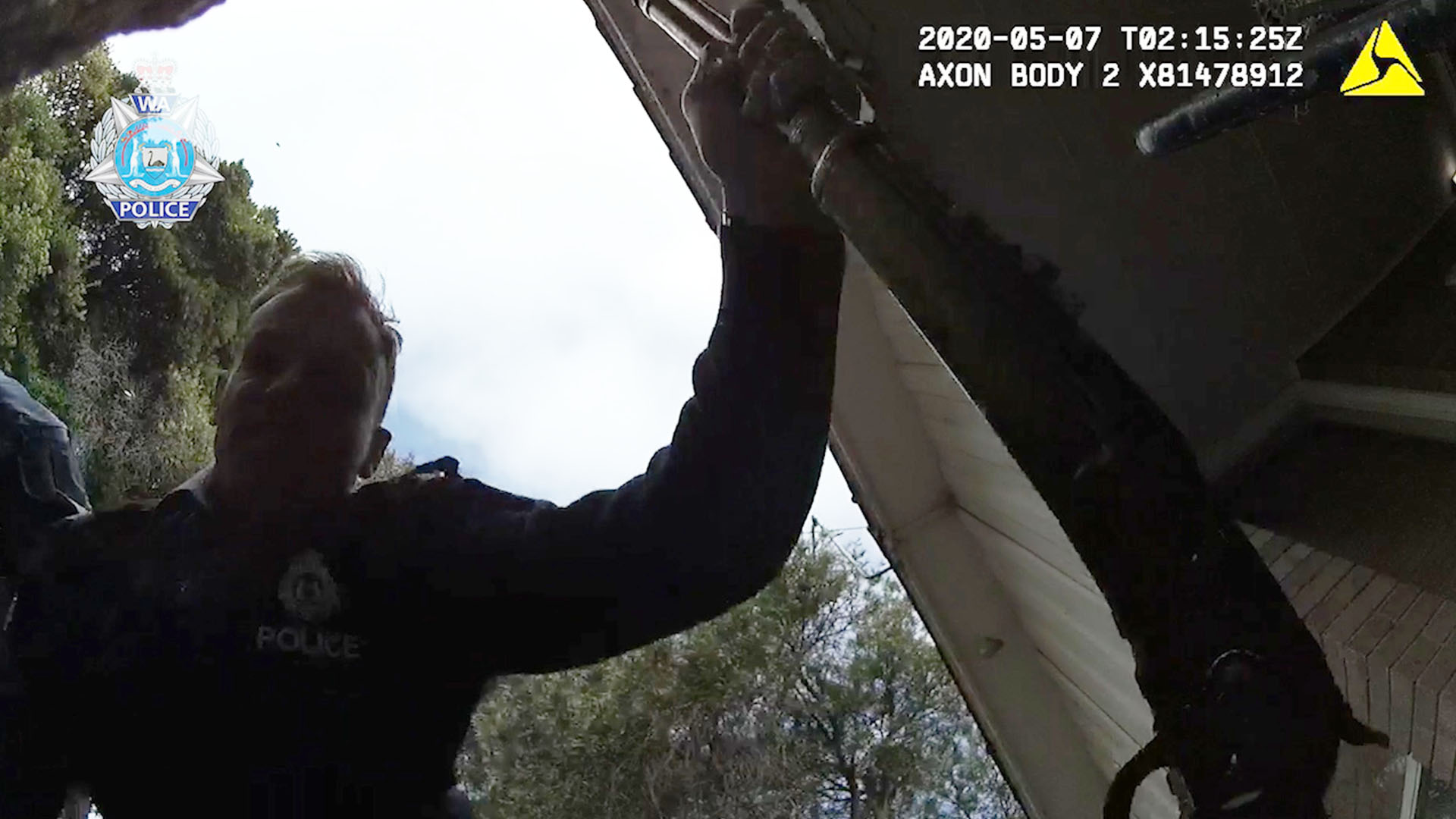 The officers finally managed to wrest the weapon away.

Gerald Henning, 54, is now facing 10 charges including intent to harm.

Police allege a search of a Westmacott Street home after the arrest uncovered drugs, ammunition and a taser. 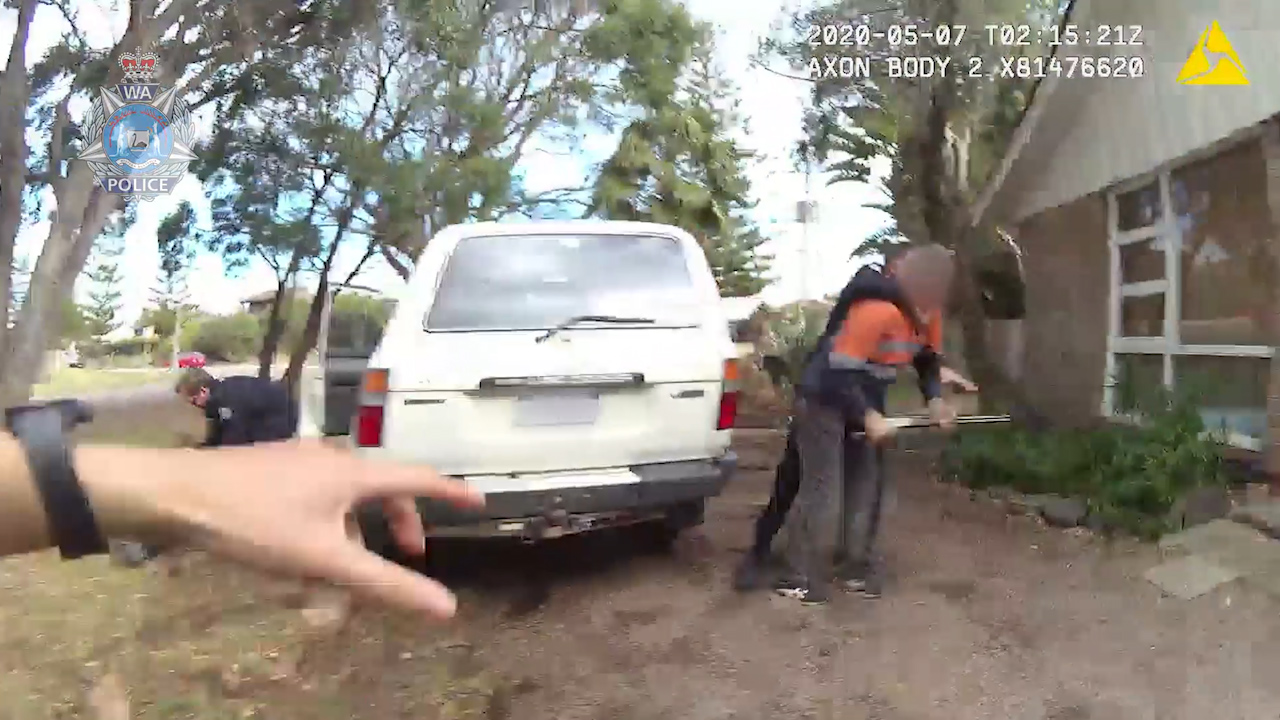 "We don't know what was in the mind of the alleged offender," Deputy Commissioner Dreibergs said.

"We don't know what could've happened if the weapon wasn't initially grabbed by the first officer at that scene."

The two officers will be recommended for bravery awards.