A family in Adelaide’s north-east had a lucky escape when a boat in their garage exploded in flames.

A family in Adelaide's north-east had a lucky escape when a boat in their garage exploded into flames.

Rory Carter and his friend were working on restoring the vintage boat yesterday afternoon at Sunburn Court, Greenwith, when a spark ignited petrol after they started the engine. 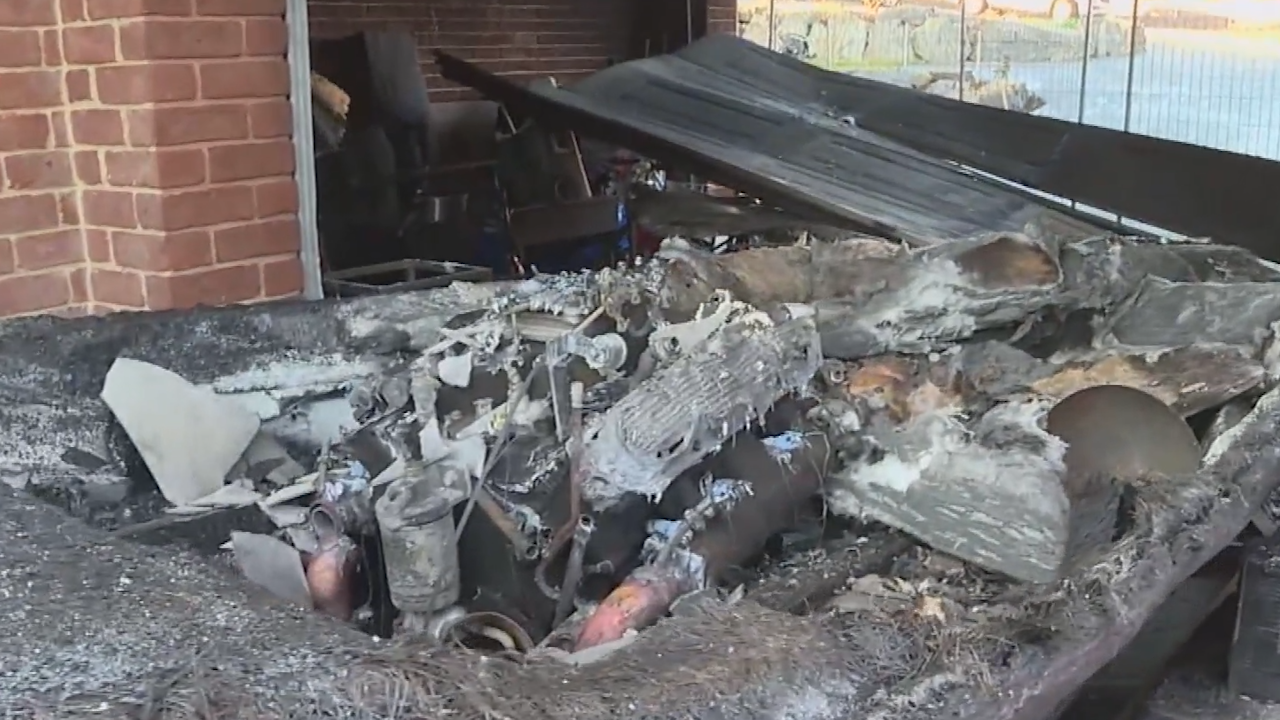 Just moments before the fire ignited, two of Mr Carter's young children had been playing in the boat their dad was working on.

"The kids were standing in the boat, it would have blown them away," Mr Carter told 9News.

"The fire itself just went whoosh, I'm surprised it didn't take our eyebrows off.

"It would have been 30 seconds - it was a massive fireball."

Inside the house, Mr Carter's wife Olivia heard the loud bang and rushed to grab their three young children to get them outside.

"As I went, I saw a big flame coming from the garage, so I quickly rushed to get the kids out, I actually carried all three at once," Ms Carter said.

Too young to realise the danger inside, security footage showed the little ones repeatedly trying to run back into the house with Ms Carter chasing after them. 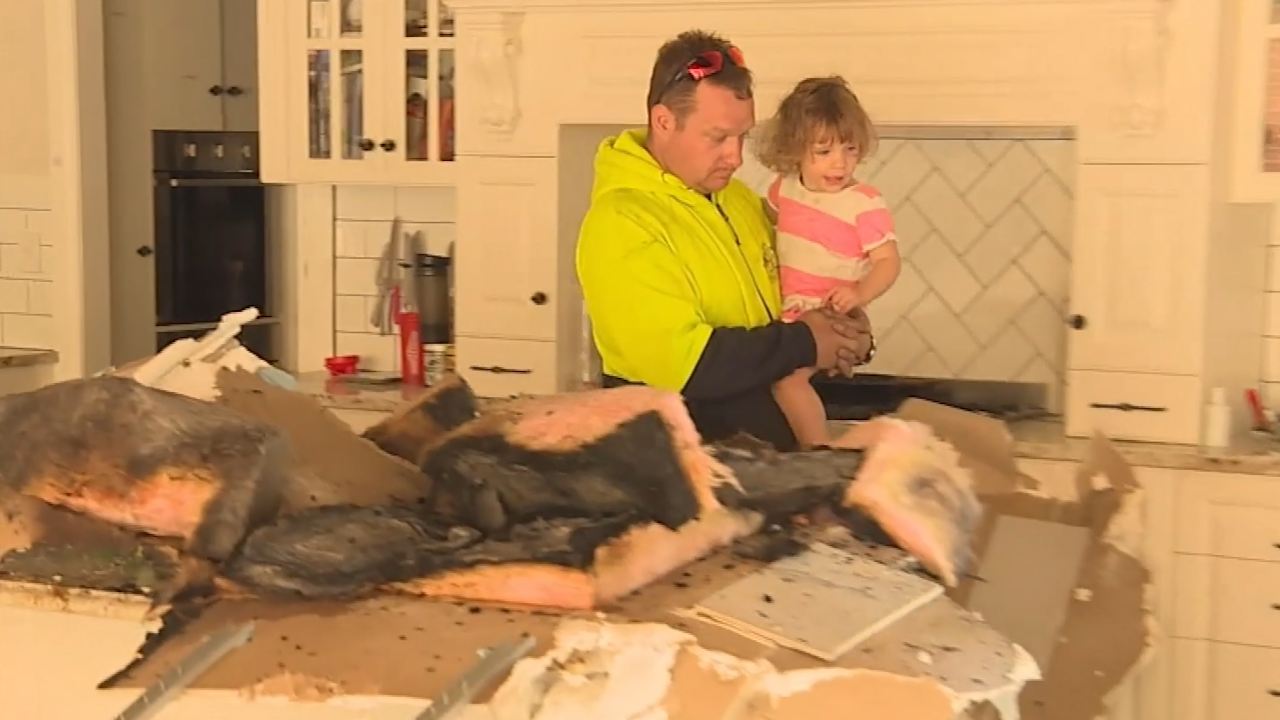 The fire ripped through the garage and caused the ceiling to cave in inside the house.

The house is now heavily water and smoke damaged with an estimated $300,000 repair bill.

While the damage is covered by insurance, the family are now out of a home until they can start a rebuild.

"It's devastating, you put your life into a house and it's just taken away just like that," Mr Carter said.

He is now joining fire authorities in issuing a warning about carrying out work at home when petrol is involved.