A property owner in the fire-ravaged NSW claims he may have been able to save his property if he had been given approval to undertake controlled burning.

A property owner in the fire-ravaged NSW claims he may have been able to save his property if he had been given approval to undertake controlled burning.

Martin Tebbutt's farm in Bilpin was completely charred when the enormous Gospers Mountain blaze ripped through the area on December 21 last year.

He said for two-and-a-half years he tried to get permission to clear his land to create a fire break and build a fence so he could run his cattle but was met with roadblocks. 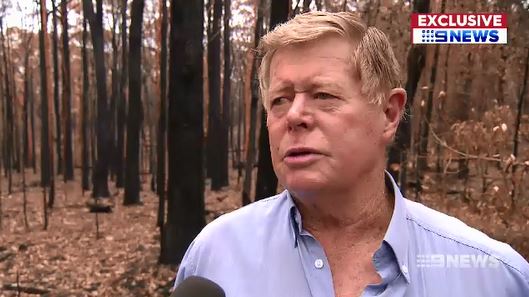 "It may not have saved us, the fire may still have jumped it, but it would have minimised it, it would have given us a chance," Mr Tebbutt told 9News.

Mr Tebbutt said he wrote to the NSW Premier and State Ministers seeking approval, before the mega-fire tore through the region.

"They were trying to protect the little animals and various exotic bushes in here and pretty much the lot are gone," Mr Tebbutt said. 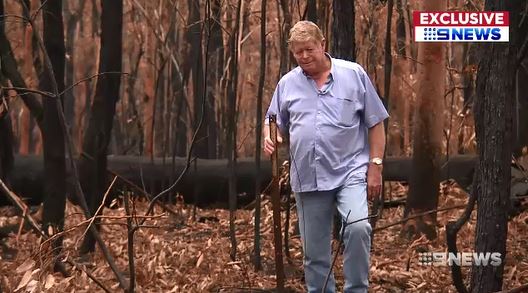 He was told to go to his local council, but claims he abandoned the process because it was too difficult.

"Politicians have taken away our right to protect ourselves," Mr Tebbutt said.

His neighbour Brian Williams is a local RFS Captain who has been a volunteer firefighter for 52 years.

"This Gospers Mountain fire, it's gone for 79 days and it's been extremely draining," he told 9News.

"You see a wallaby come out of the bush on fire and its screaming and twisting – it's the kind of thing you will never forget." 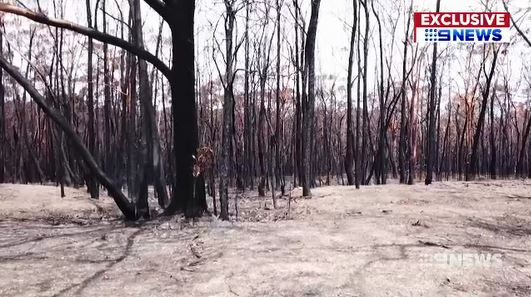 Mr Williams said it took more than two years to get approval for a hazard-reduction burn to protect about 500 homes in Kurrajong Heights.

READ:  Twitter has hired a dedicated team to fact-check Donald Trump’s tweets and the unemployment rate in America is now zero

"From the time we applied by the time we got permission, and we had to engage our own consultant," Mr Williams said.

His brigade got approval in August, just a few months before the giant fire headed straight at them.

"There needs to be some serious questions asked about how we manage fuel loads into the future," he added. 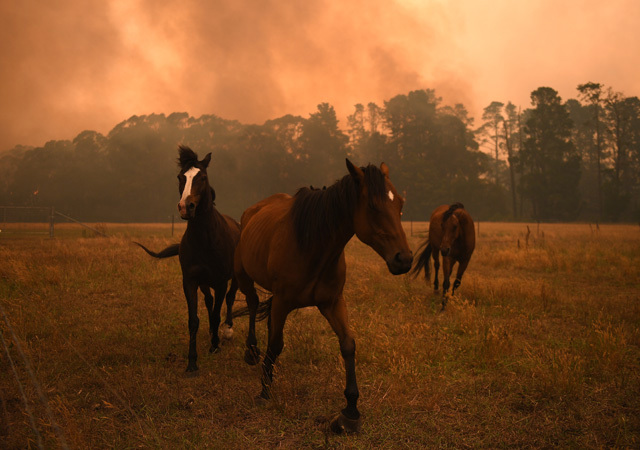 Minister for Natural Disaster and Emergency Management David Littleproud said there was a need for a conversation around land management.

"The Federal Government is well aware this is a serious issue in bushfire ravaged communities, there's not much they can do, but they're hoping with the support of the states a royal commission will get to the bottom of it," he told 9News.

"Obviously there's a conversation which needs to happen around land management, land use, even building standards."

Dozens of hazard reduction burns have been conducted around Bilpin and Kurrajong over the last decade.

And still the fire ran straight over them in parts.

It has been a complex issue with horrific drought conditions in the lead-up to the fire season. 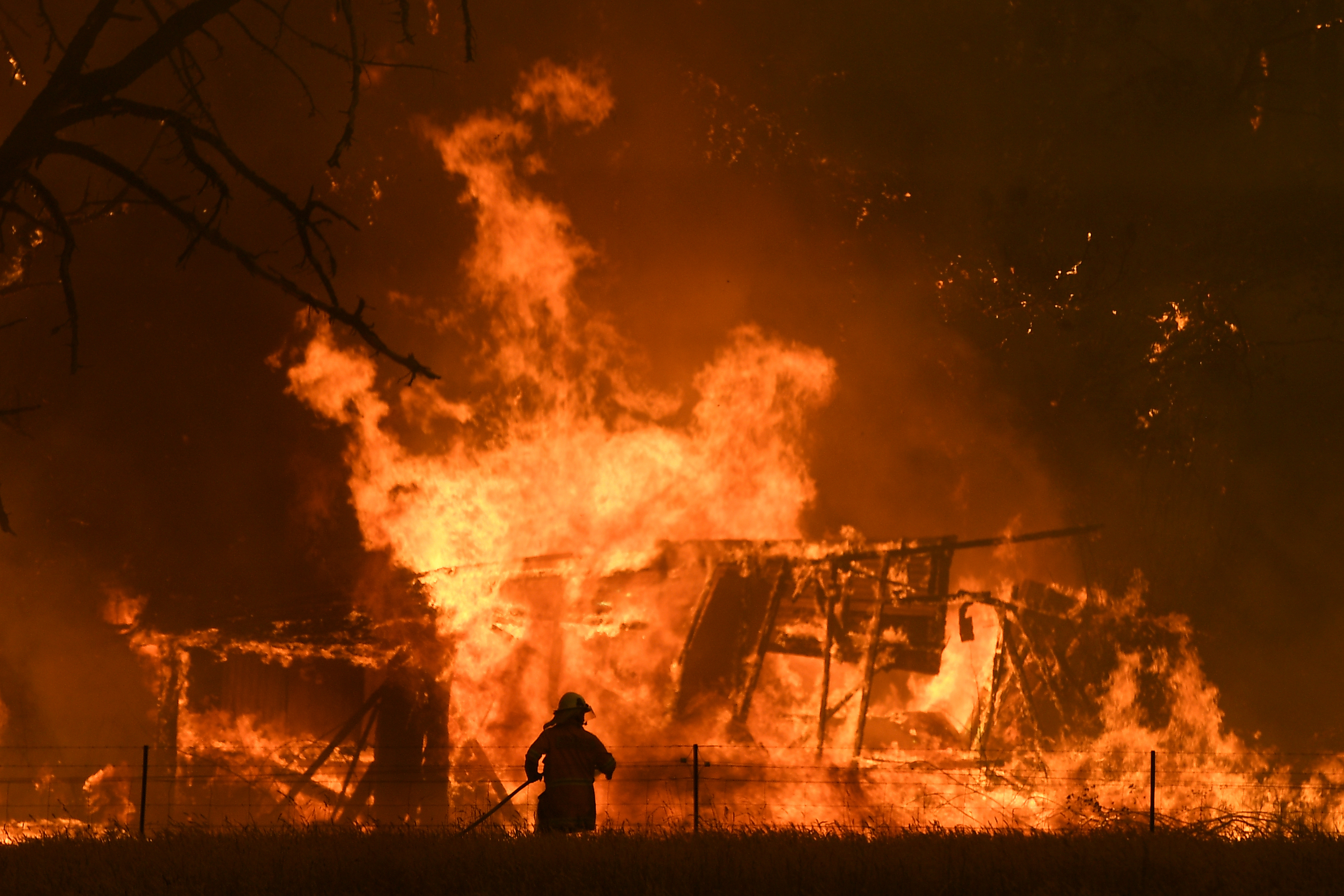 Prime Minister Scott Morrison said last week that hazard reduction burns were "constant refrain as I have been on the ground".

"While national parks completed more than 75 per cent of the hazard reduction burning in NSW over the past four years, climate change is increasing the risk and we need to respond to that," Mr Kean said. 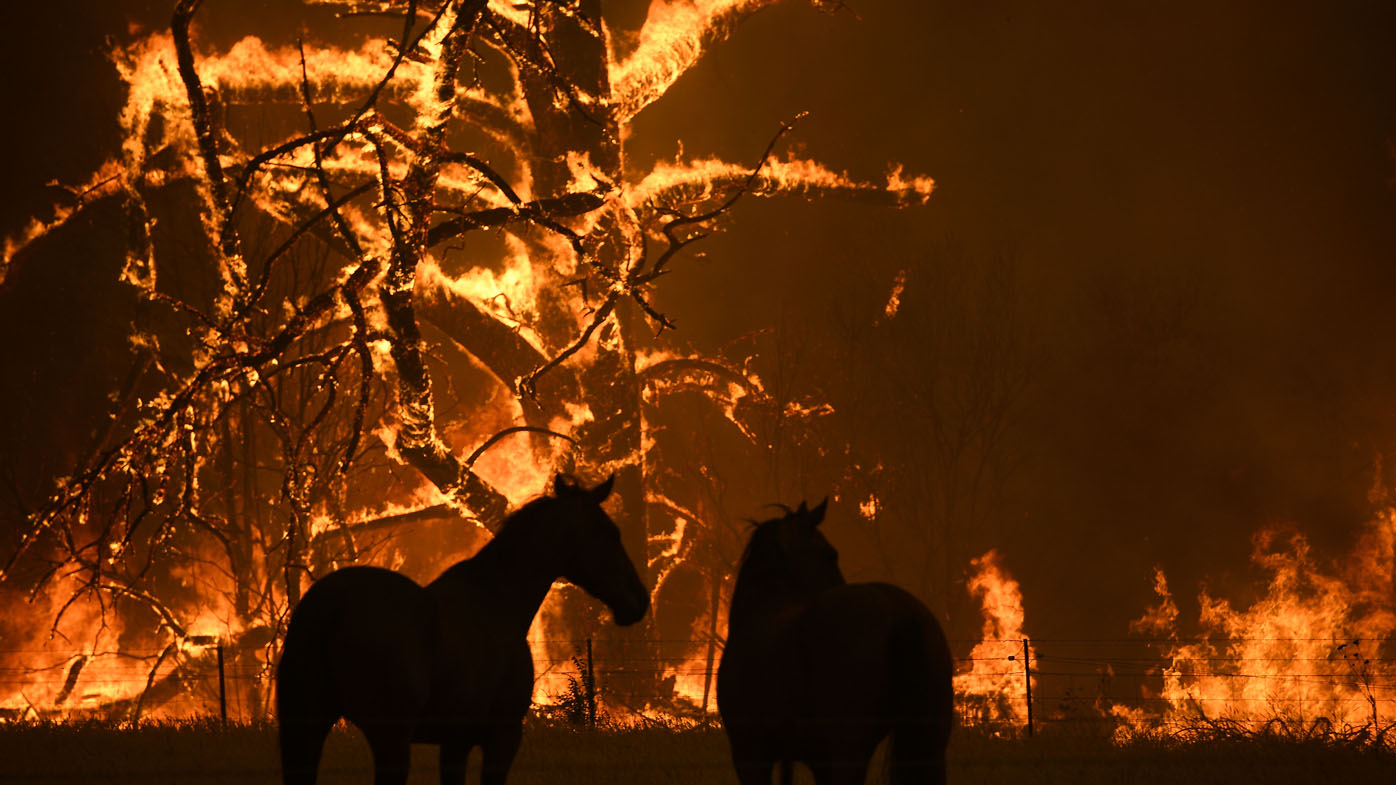 He said hazard reduction burning wasn't a silver bullet, and a review would consider fire management issues after the bushfire season.

He said national parks staff numbers had declined and "you have to have people on the ground to be able to burn".

Bushfire and Natural Hazards CRC chief executive Richard Thornton said the hazard reduction issue was more complex than "simple pointing fingers and saying there could have been more".

A lot of other factors came into the mix, Dr Thornton said.

"It's actually quite hard to actually prescribed burning done when you need to get it done - particularly with climate change now as well, the windows for safely achieving what you want to achieve is closing," he told AAP. 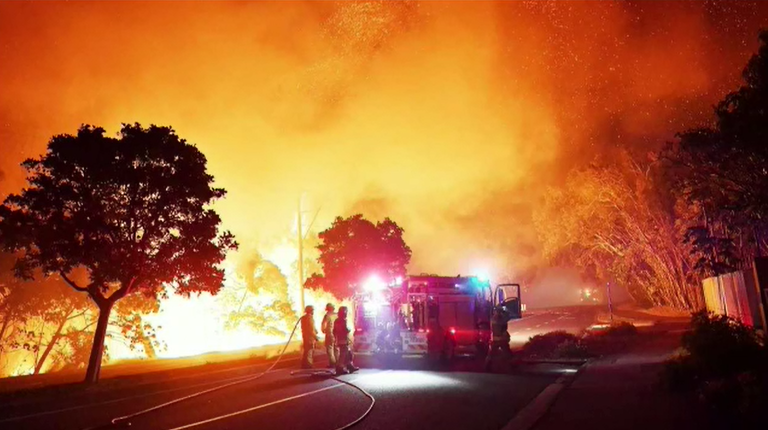 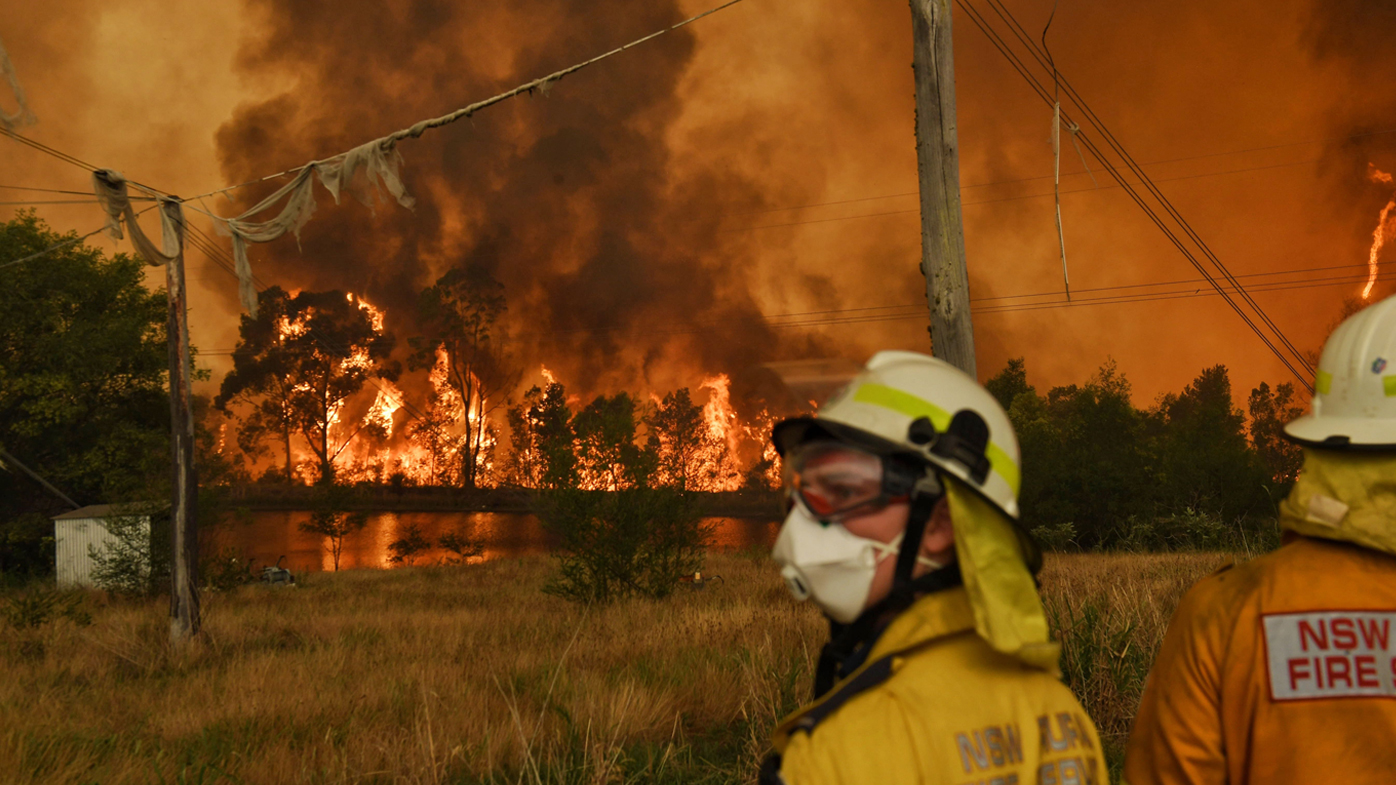 He said hazard reduction was just one critical tool in the fire management arsenal and Australia would always get big blazes.

"It's just a matter of how do we mitigate the consequences and make them a bit more manageable," he said.

The Queensland government says dry conditions have severely reduced opportunities for hazard reduction burns over the past two years.

More than 350 planned hazard reduction burns were not completed in the years from 2016 to 2019, Mr Crawford said in response to a written parliamentary question.

READ:  Cynthia Taylu On Facing Racism After Love Island Australia: 'It Took Me A While To Process'