A police officer and a paramedic from the Northern Territory will undergo medical tests after a man allegedly spat blood into their faces.

A police officer and a paramedic from the Northern Territory will undergo medical tests after a man allegedly spat blood into their faces.

Police were attending an unrelated incident in Nightcliff at 3pm yesterday when they received another callout.

"They became alerted to another incident involving a male, who had potentially been assaulted," Superintendent Antony Deutrom said. The officers located the 25-year-old man and found that he was unconscious, with laboured breathing.

St John Ambulance were called, as well as additional officers, and the man was given first aid.

Paramedics began treating the man in their ambulance.

"At this stage the male became highly aggressive, and lashed out at the ambulance officer," Superintendent Deutrom said.

Police allege the man grabbed the paramedic by the hand and struck him twice to the right side of the face, before spitting blood into his face.

Police then further restrained the man in the ambulance.

"An officer was struck to the face with blood from this male," Superintendent Deutrom said.

The man was sedated and transported to Royal Darwin Hospital under police guard.

He has since been taken to Darwin watch house, and police say charges will be laid. 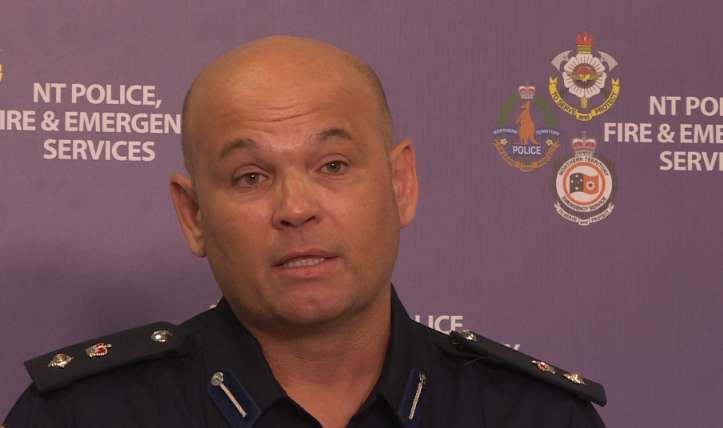 Superintendent Deutrom described spitting blood as "one of the most horrific types of assaults" on emergency workers.

"That period of waiting just to find out whether you've been impacted by that in relation to blood-borne diseases is quite distressing," he said.

"These officers and St John will undertake a period of up to three to six months where they have baseline testing to determine whether any diseases have been contracted from this assault.

"It's reasonably common to see these offences occur against emergency workers, not only in the Territory but throughout Australia."

Blood was taken from the man last night to use for future testing, and the police officer and paramedic are due to return to work this evening.

The penalty for assaulting an officer in the Northern Territory ranges from five to seven years imprisonment.