More than 60,000 people gathered in George Floyd’s hometown of Houston, including a eye-catching posse of black men and women on horseback.

More than 60,000 people gathered in George Floyd's hometown of Houston, including a eye-catching posse of black men and women on horseback.

Dozens of demonstrators on horseback, with local media reporting at least one wearing a "Black Cowboys Matter" shirt, joined the massive, peaceful protest.

Footage posted on Twitter, widely celebrated by many Texas residents on social media, showed African American horsemen and women raising single fists to the air and riding horses with the crowd. 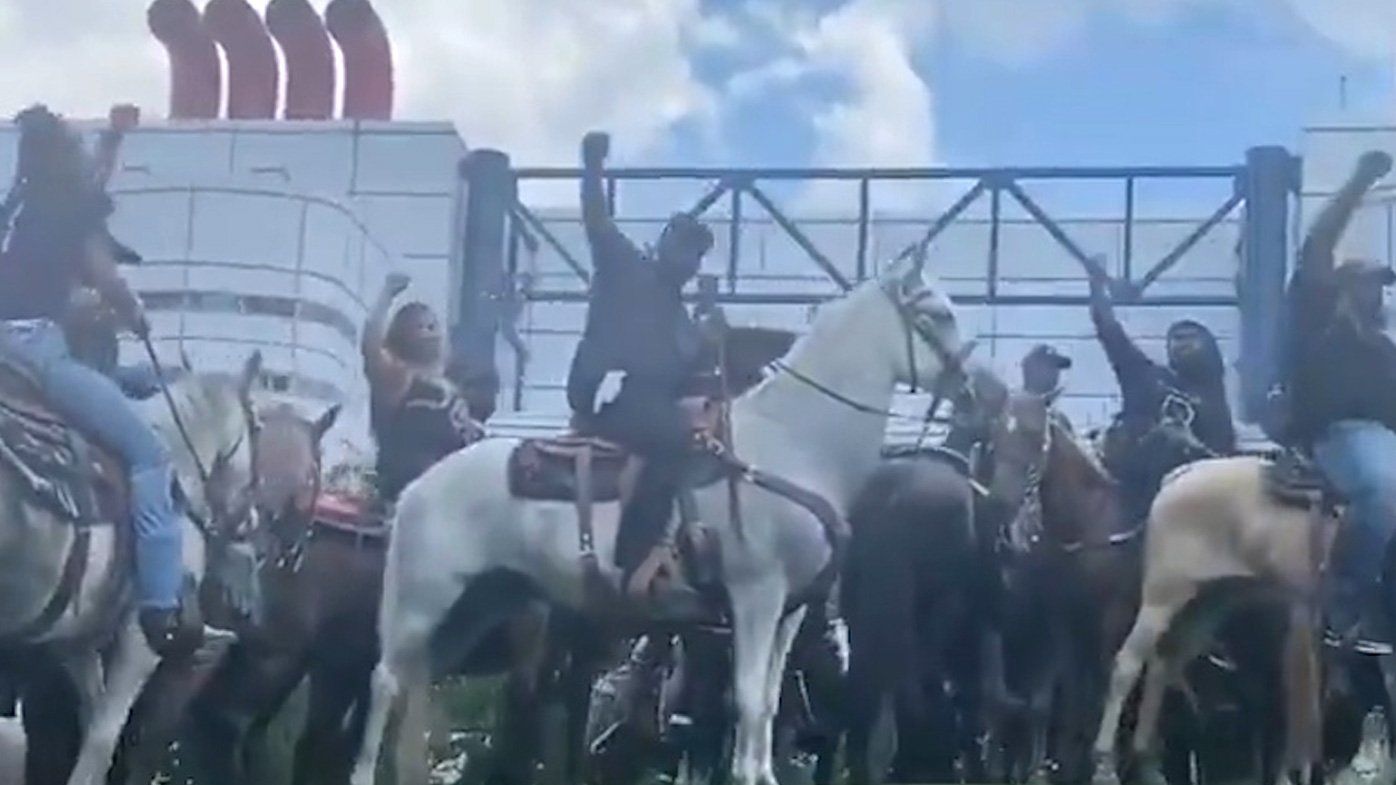 Before the protest, demonstrators dropped to one knee and lifted one fisted arm, marking Mr Floyd's death with a moment of poignant silence.

Then people marched on to City Hall to shout his name and call for justice after his death.

The marchers, who chanted "no justice, no peace" and "Peace on the left, justice on the right," walked or rode horses from Discovery Green park toward their destination, where organisers were scheduled to speak.

He told them to be steadfast in the quest for police reform.

"We're trying to break the cycle right now. We got this," he said.

There were protests in at least a dozen US cities. 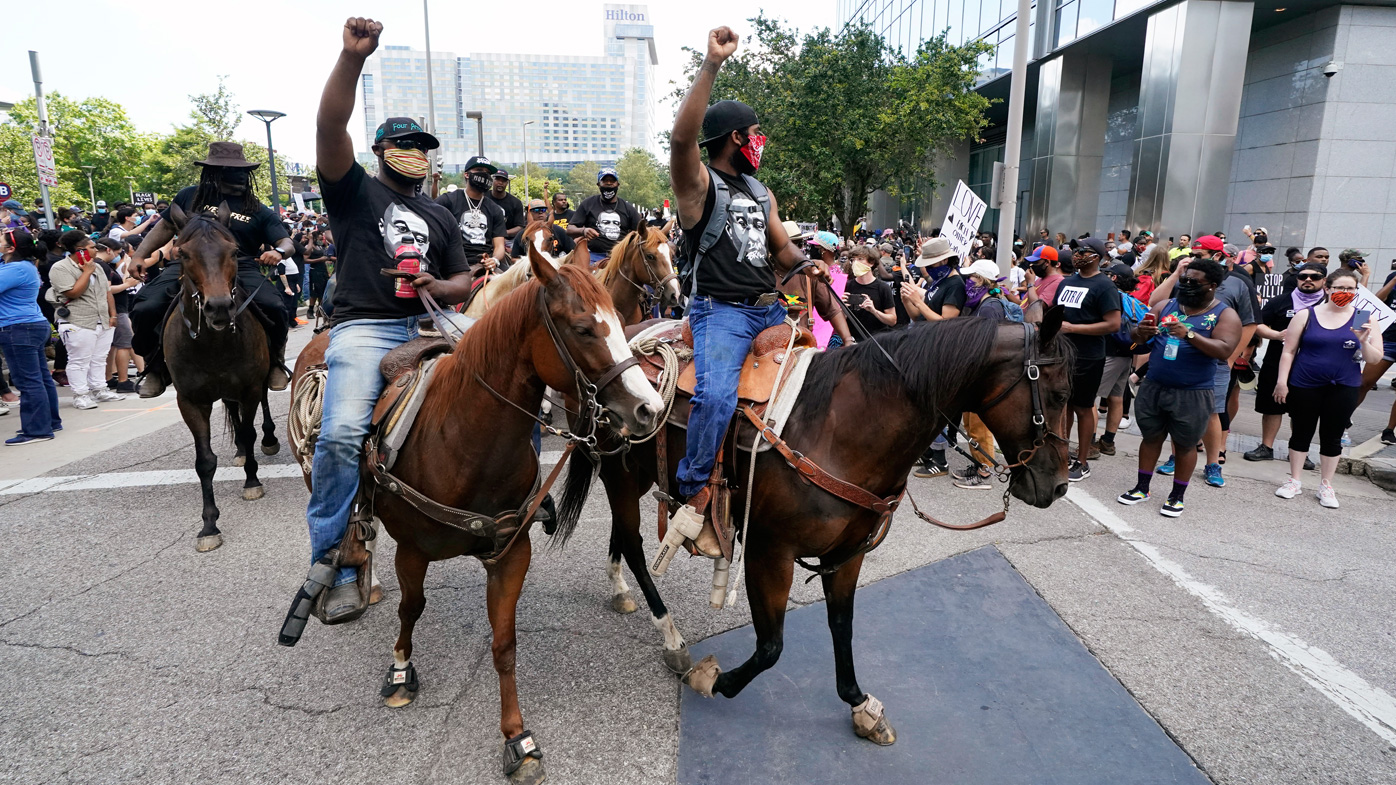 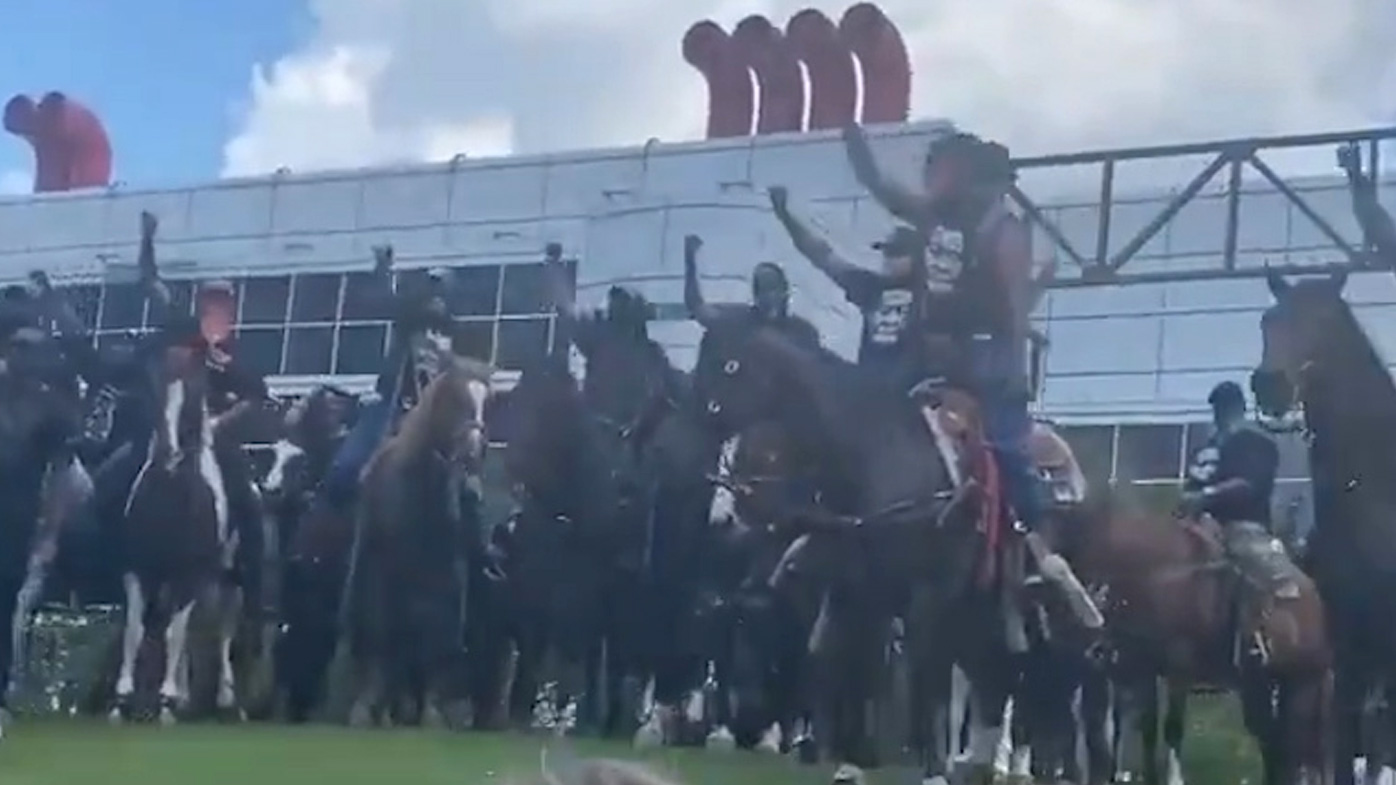 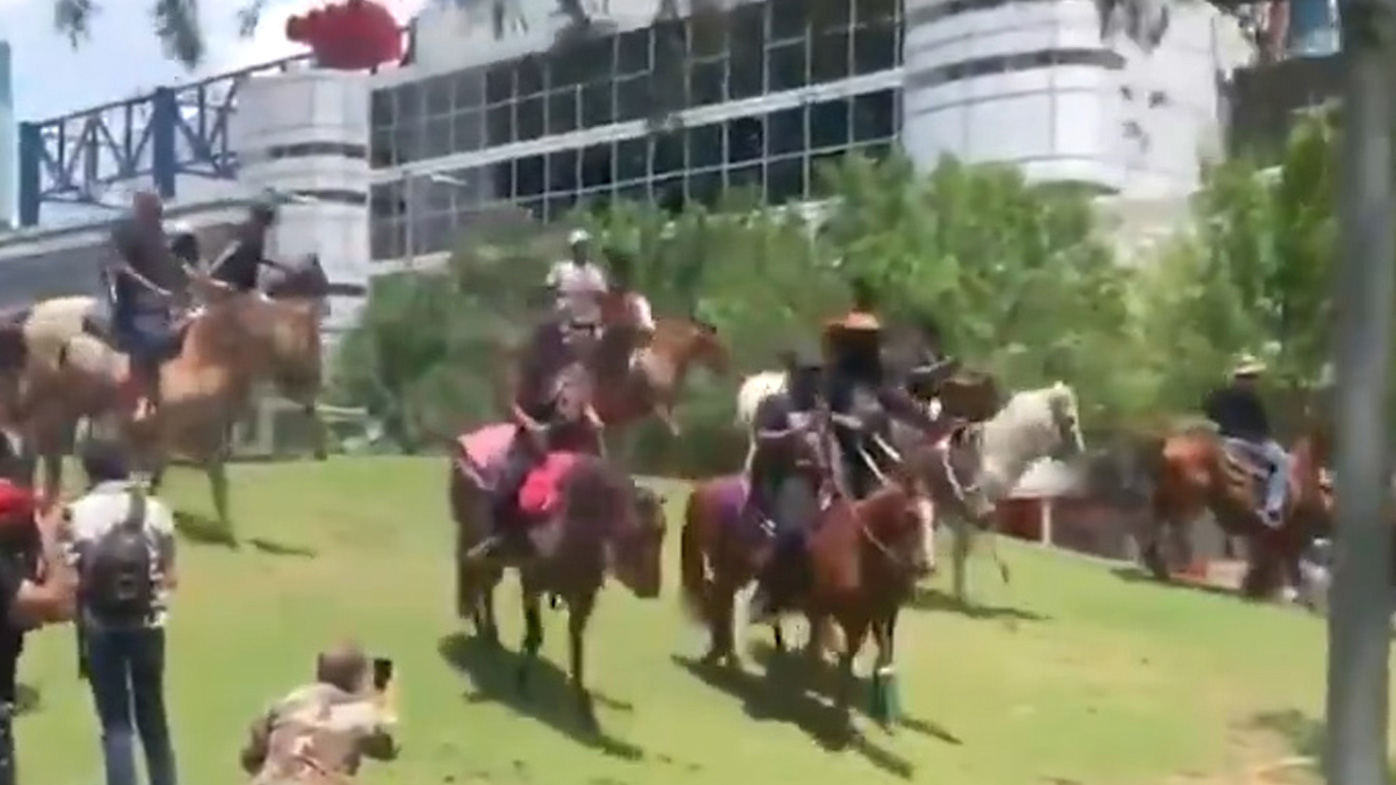 Several cities re-established curfews for Tuesday night in an attempt to stop the after-hours violence and looting of businesses.

Minneapolis, where Floyd died, New York City, Philadelphia and Washington DC, are among the cities with curfews.

About 24 hours after people were forcibly moved from a street within view of the White House, even more protesters gathered and stayed even as the 7pm curfew in DC passed.

In New York the curfew was moved from 11pm, which it was on Monday, to 8 pm.