One of the world’s richest men is giving away $AUD13m to his Twitter followers.

One of the world's richest men is giving away $AUD13m to his Twitter followers.

Billionaire Yusaku Maezawa, who sold his stake in his fashion firm Zozo Inc to Yahoo Japan for more than $AUD4b last year, will split the cash – a billion Japanese Yen - between a thousand followers.

Users have to have retweeted a post on January 1 to have the chance to win cash, which he said would be a "social experiment." 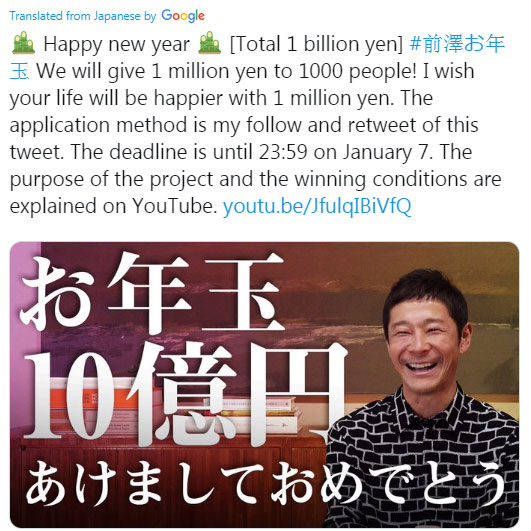 He said on Twitter: "[Total 1 billion yen] We will give 1 million yen to 1000 people! I wish your life will be happier with 1 million yen. The application method is my follow and retweet of this tweet. The deadline is until 23:59 on January 7. The purpose of the project and the winning conditions are explained on YouTube."

One venture was a bodysuit - made in New Zealand - which is created from 3D scans of shoppers' bodies to ensure the perfect fit. But it wasn't a hit.

His first business was selling records and CDs while in a punk band, which became his first mail order company, Start Today.

In 2018, SpaceX founder Elon Musk announced Maezawa will fly to the moon in 2023 aboard a his new rocket which is still in development.

No one has been there since an Apollo mission in 1972. 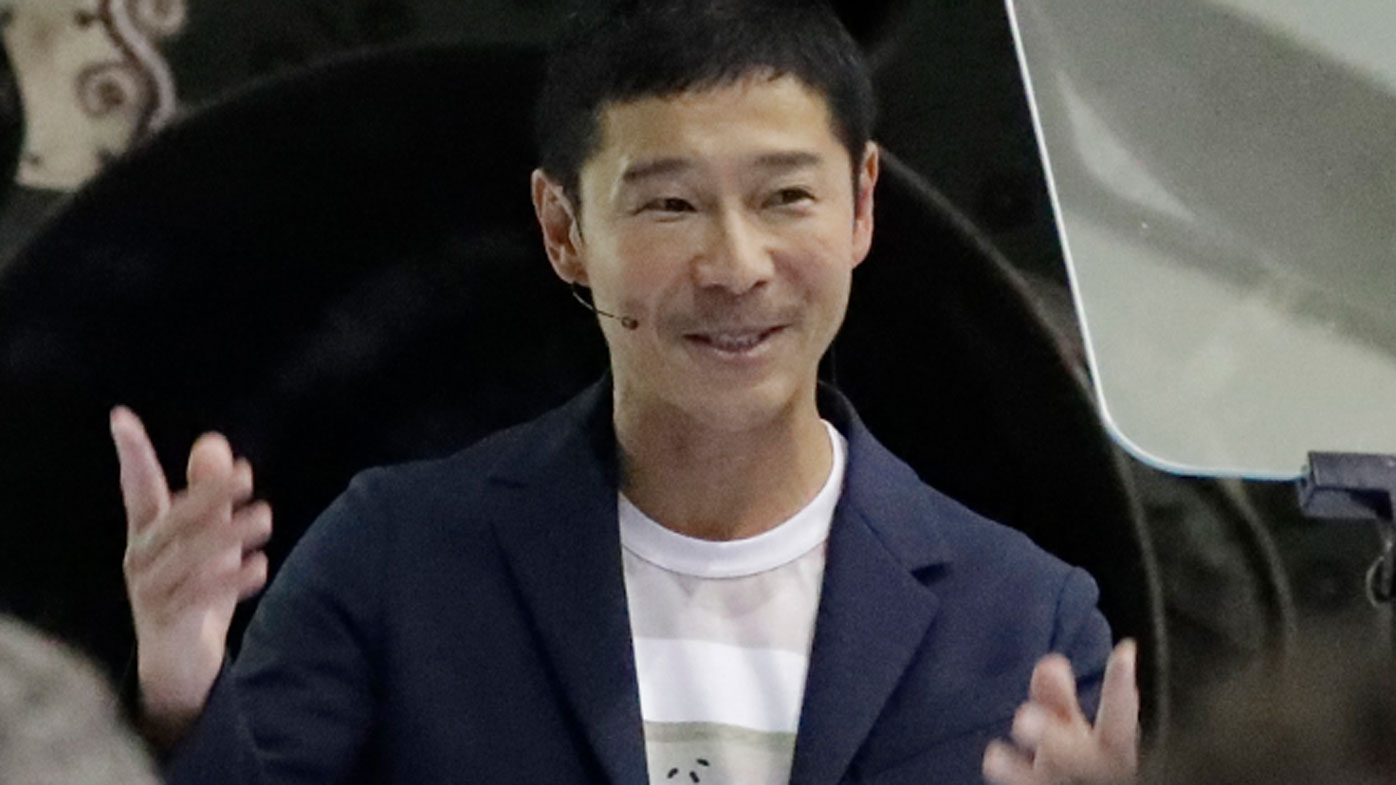 But Japan's 14th richest man, according to Forbes, won't be going to the moon alone on the four-to-five day trip.

Joining him will be eight yet unnamed artists - Maezawa is a big art fan and started the Tokyo-based Contemporary Art Foundation.

READ:  The Sex Education Cast Could Not Be More Excited To Return To Work As Series 3 Gets Underway

It has not been revealed how much he paid for the trip.

He once spent $153m on a painting of a skull by New York graffiti artist Jean-Michel Basquiat.