Before the guilty verdicts were read out, President Joe Biden said he was praying for “the right verdict” in the trial of former Minneapolis police officer Derek Chauvin.

US President Joe Biden said Derek Chauvin's conviction over George Floyd's murder is a "giant step forward in the march towards justice in America".

Mr Biden described the systemic racism in the country as "a stain on our nation's soul".

"The knee of the neck of justice for Black Americans," he said. 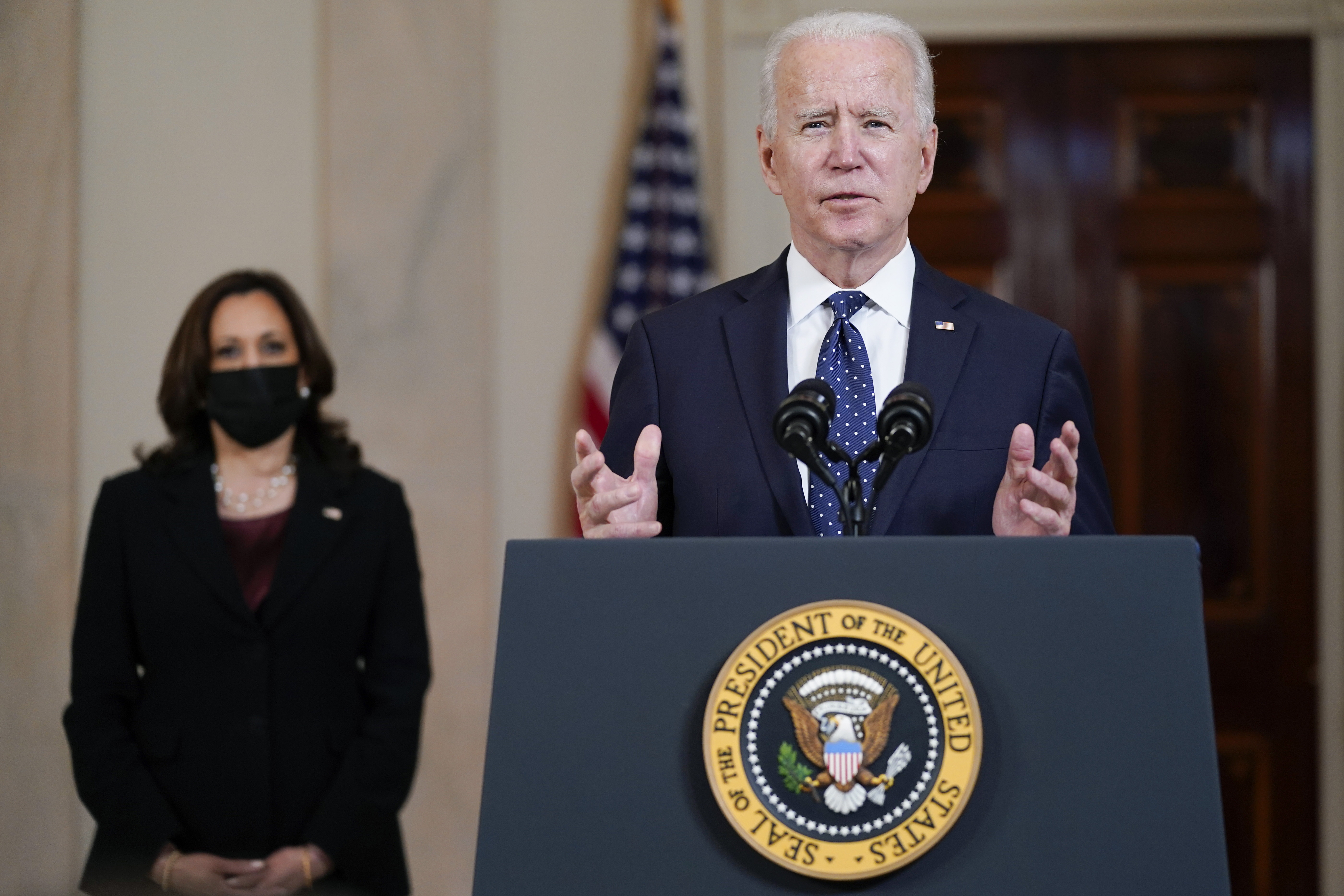 "Profound fear and trauma. The pain and exhaustion that Black and brown Americans experience every single day.

"The murder of George Floyd launched a summer of protests we hadn't seen since the civil rights era in the '60s.

"Protests that unified people of every race and generation, of peace and with purpose, to say enough, enough of these senseless killings."

"But the verdict will not heal pain that has existed for generations," Ms Harris said.

"It will not take away the pain felt by the Floyd family. That's why we must recommit to fight for equal justice.

"We are all part of George Floyd's legacy. And now our job is to honour it — to honour him.

"The Senate should pass the George Floyd Justice in Policing Act to hold law enforcement everywhere to the highest standards of accountability and help build trust between law enforcement and our communities."

US President was 'praying' for 'right verdict'

Before today's guilty verdicts were read out, Mr Biden said he was praying for "the right verdict" in the trial of Chauvin.

Telephoning Mr Floyd's family later, he said of himself and Vice President Kamala Harris: "We're all so relieved."

Chauvin was convicted of two counts of murder and one of manslaughter in the death of Mr Floyd, a case that sparked a national reckoning on race and policing.

Mr Biden said he hoped the verdict would give momentum to congressional police reform efforts.

Mr Floyd family attorney Ben Crump posted video on Twitter of a phone call from Mr Biden and Ms Harris to the family.

Asked by a family member how he was doing, Mr Biden said, "Feeling better now. Nothing is going to make it all better, but at least now there is some justice."

"This is a day of justice," Ms Harris told the family after joining Mr Biden to watch the verdict in the private dining room off the Oval Office.

Speaking hours ahead of the verdict, while the jury was deliberating in Minneapolis, Mr Biden said he called Mr Floyd's family yesterday to offer prayers and could "only imagine the pressure and anxiety they're feeling."

Mr Biden said he was praying for the "right verdict".

"They're a good family and they're calling for peace and tranquility no matter what that verdict is," Mr Biden said a few hours before the verdicts were announced.

"I'm praying the verdict is the right verdict. I think it's overwhelming, in my view. I wouldn't say that unless the jury was sequestered now." Mr Biden said he was only weighing in on the trial into the death of Mr Floyd, who died with Chauvin's knee on his neck, because the jury in the case had already been sequestered.

The president has repeatedly denounced Mr Floyd's death but had previously stopped short of weighing in on Chauvin's trial, with White House officials saying it would be improper to speak out during active judicial proceedings.

The White House has been privately weighing how to handle the verdict, including whether Mr Biden should address the nation and dispatching specially trained community facilitators from the Justice Department, aides and officials told The Associated Press.

With word that a verdict had been reached today, Mr Biden postponed planned remarks at the White House on his infrastructure package.

Mr Biden's comments came a day after Judge Peter Cahill, who presided over the trial, admonished public officials about speaking out.

"I wish elected officials would stop talking about this case, especially in a manner that's disrespectful to the rule of law and to the judicial branch and our function," he said shortly after sending the jury to begin deliberations.

Defence attorneys often cite remarks made by public officials as a reason to appeal a verdict, in part because they could poison the jury against the defendant.

Mr Cahill delivered his rebuke after rejecting a defence request for a mistrial based in part on comments from California Rep. Maxine Waters, who said "we've got to get more confrontational" if Chauvin isn't convicted of murder. 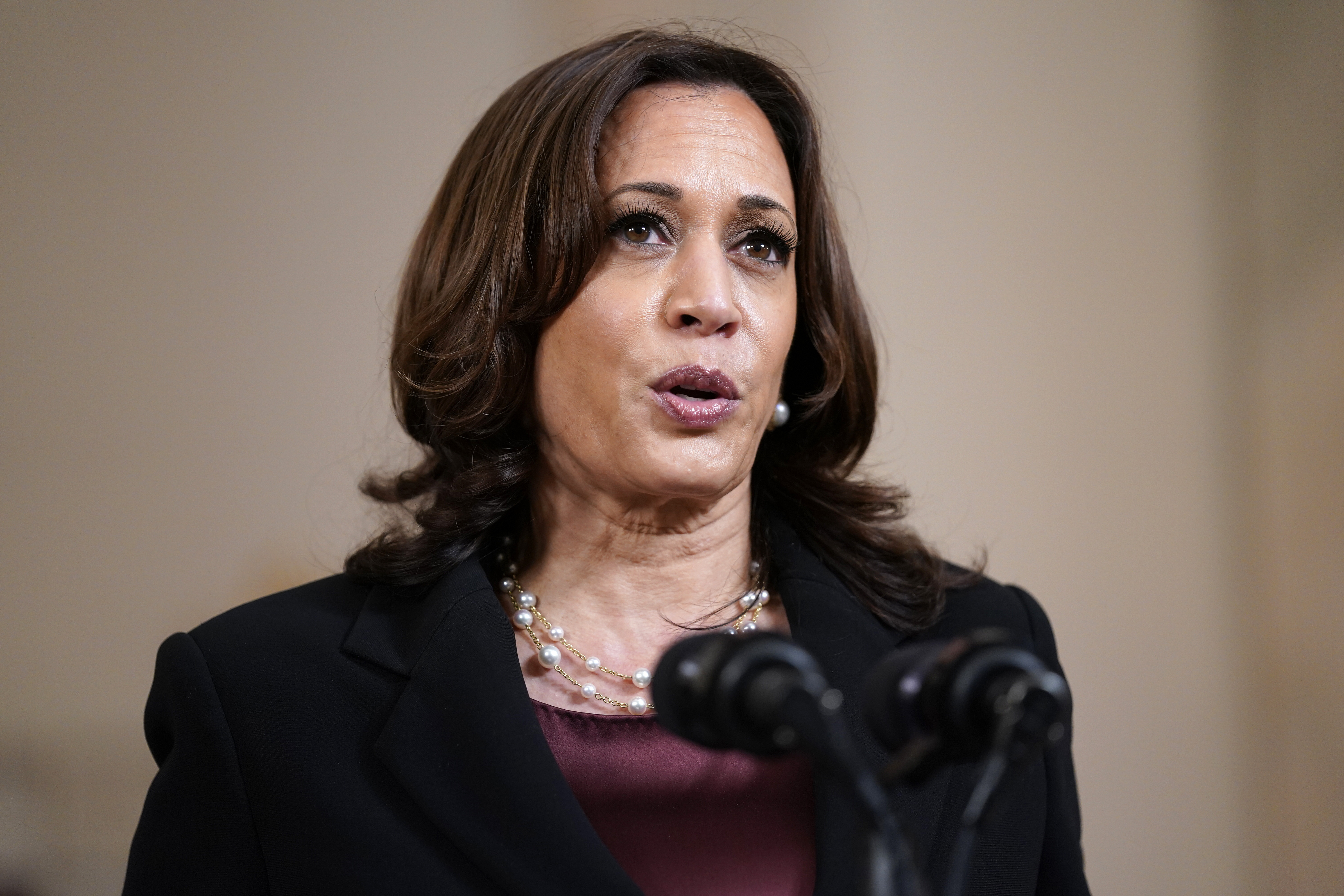 He conceded to Chauvin's attorneys that Ms Waters' comments could potentially be grounds for an appeal.

Yesterday, Mr Cahill ordered that jurors be sequestered in an undisclosed hotel during their deliberations and instructed them to avoid all news about the case.

Despite Mr Cahill's remarks, Brock Hunter, a criminal defence attorney and past president of the Minnesota Association of Criminal Defence Lawyers, said he considered a successful appeal over remarks like Ms Waters' and Mr Biden's extremely unlikely.

"It's inevitable that public officials are going to comment on a case and its impacts on communities," he said.

"Unless there is direct evidence that statements by a public official directly impacted a juror or jurors, I don't think this even gets off the ground."

Mr Floyd's brother, Philonise Floyd, told NBC's Today show that Mr Biden "knows how it is to lose a family member ... so he was just letting us know that he was praying for us and hoping that everything would come out to be OK."

READ:  Meghan And Harry Confirm They'll Step Down From Royal Duties On March 31

On Capitol Hill, Republicans as well as Democrats said they were relieved at the verdict and predicted it could give momentum to policing reform legislation that has been proposed in both the House and Senate. 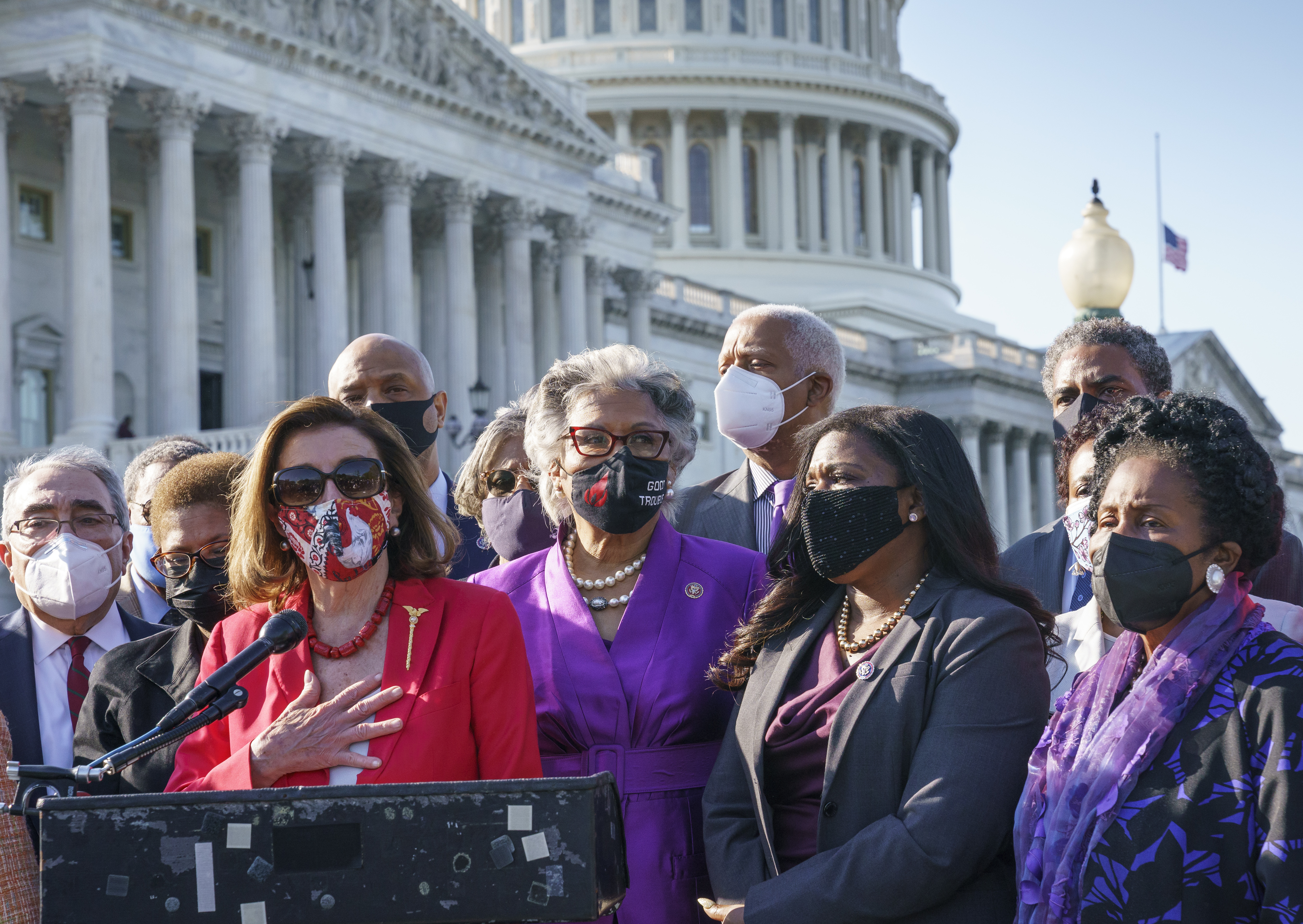 "I think the verdict just reinforces that our justice system continues to become more just," said Tim Scott of South Carolina, the only Black Republican senator.

"This is a monumental day in many ways, in my opinion."

The Congressional Black Caucus watched the verdict together in the Capitol, and members hugged and fist-pumped after the verdict was read.

"The room was filled with emotion and gratitude," said Georgia Rep. Hank Johnson.

"Black lives mattered to this jury. And I'm very gratified at the verdict, very happy at the swiftness of the verdict... It's a vindication of justice in America."

House Speaker Nancy Pelosi joined the Black Caucus shortly afterward at a news conference outside, where she said she had spoken to Mr Floyd's family just before the verdict.

She said she called "to say to them, 'Thank you, God bless you, for your grace and your dignity, for the model that you are appealing for justice in the most dignified way.'"

"Thank you George Floyd for sacrificing your life for justice," Ms Pelosi said.

"Because of you, and because of thousands, millions of people around the world who came out for justice, your name will always be synonymous with justice."

The verdict — and the aftermath — will be a test for Mr Biden, who has pledged to help combat racism in policing, helping African Americans who supported him in large numbers last year in the wake of protests that swept the nation after Mr Floyd's death and restarted a national conversation about race.

But he also has long projected himself as an ally of police, who are struggling with criticism about long-used tactics and training methods and difficulties in recruitment.