President Joe Biden said Sunday the US-led evacuation of Americans, at-risk Afghans and others from the Kabul airport accelerated this weekend, although it remains vulnerable to threats posed by the Islamic State extremist group.

US President Joe Biden said the US-led evacuation of Americans, at-risk Afghans and others from the Kabul airport accelerated this weekend, although it remains vulnerable to threats posed by the Islamic State extremist group.

One week after the Taliban completed its takeover of Afghanistan by capturing Kabul, Mr Biden said discussions are underway among military officials about potentially extending the airlift beyond Biden's August 31 deadline.

"Our hope is we will not have to extend, but there are discussions," he said, suggesting the possibility that the Taliban will be consulted.

READ MORE: In Kabul, a fearful wait for US to deliver on evacuation vow 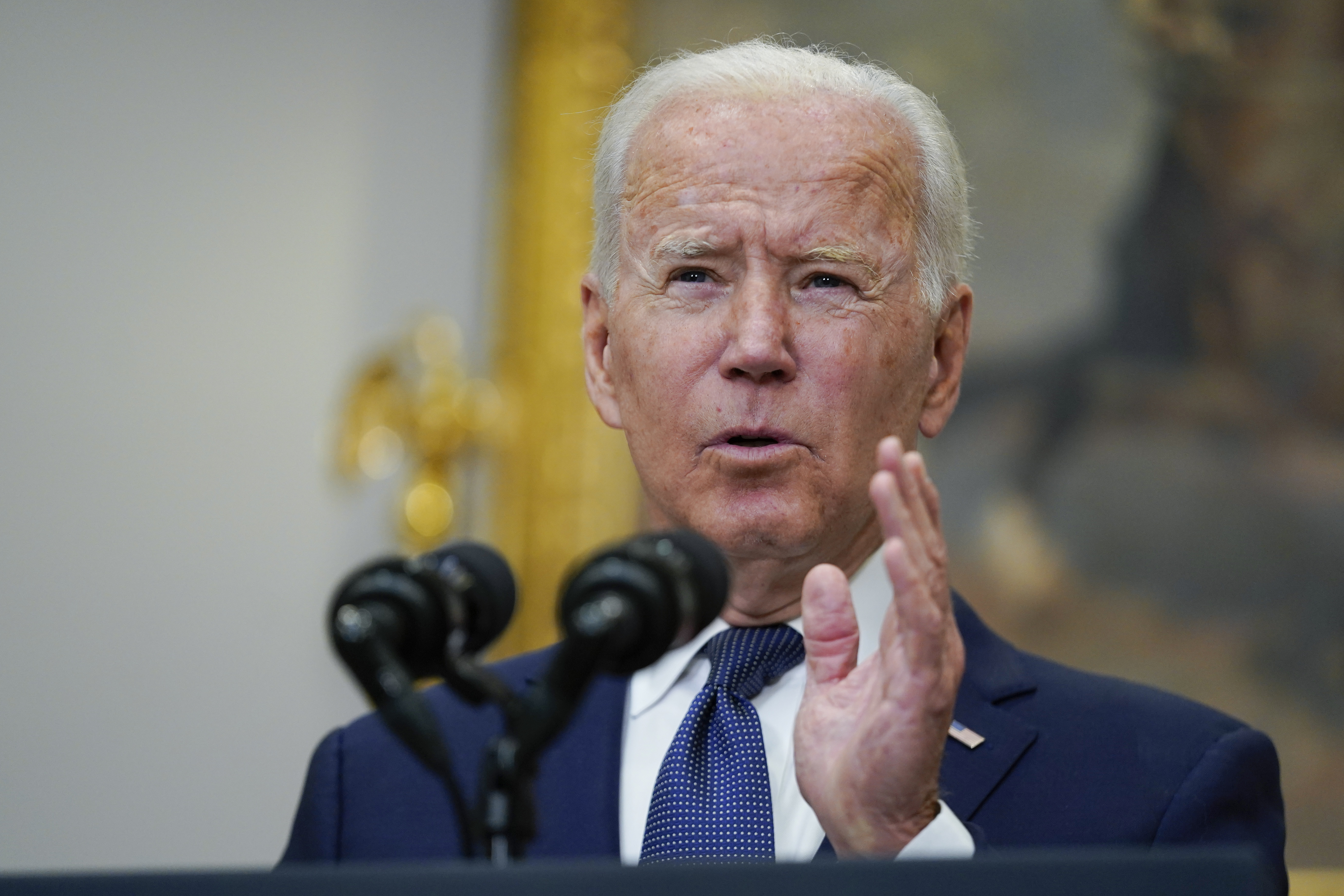 Since August 14, one day before the Taliban entered Kabul, the airlift has evacuated 28,000 people, Mr Biden said.

Speaking at the White House, Mr Biden said 11,000 people had been airlifted from Kabul in a 36-hour period this weekend, but he did not provide details.

The number appeared to include flights by charter and non-US military aircraft as well as the US Air Force C-17 and C-130 transport planes that have been flying daily from the capital.

Tens of thousands of people remain to join the airlift, which has been slowed by security issues and US bureaucracy hurdles. 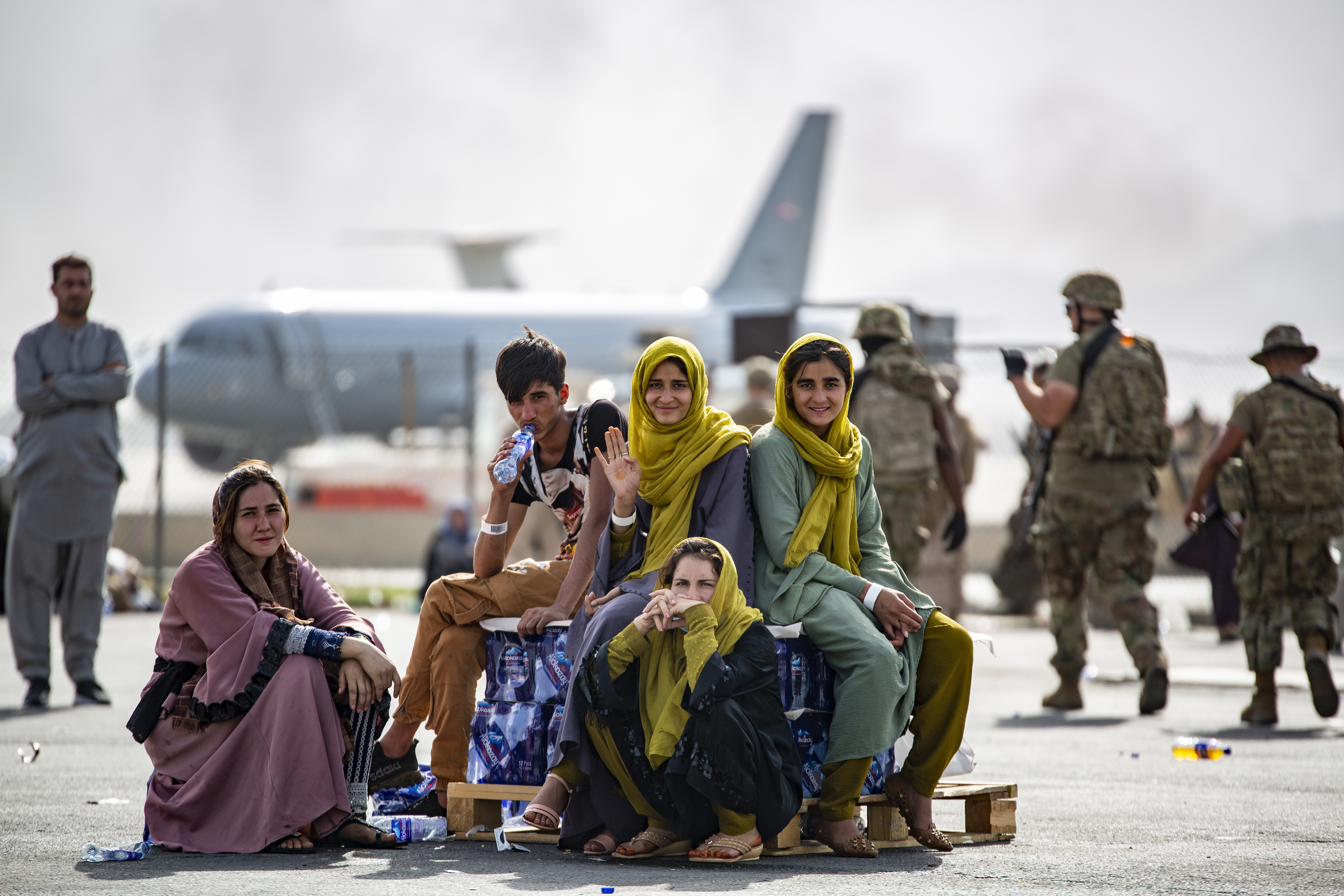 Mr Biden asserted, without a full explanation, that US forces have managed to improve access to the airport for Americans and others seeking to get on flights.

He suggested that the perimeter had been extended, widening a "safe zone".

"What I'm not going to do is talk about the technical changes we're making to make sure we maintain as much security as we can," he said.

"We have constantly, how can I say, increased rational access to the airport, where more folks can get there, more safely. It is still a dangerous operation but I don't want to go into the detail of how we're doing that."

Later Mr Biden added: "We discussed a lot with the Taliban. They've been cooperative in extending some of the perimetres." He said groups of Americans in Kabul are being moved more efficiently and safely to the airport, but he did not provide details.

"Any American who wants to get home, will get home," he asserted.

Earlier Sunday, administration officials said the US military is considering "creative ways" to get Americans and others into the Kabul airport for evacuation from Afghanistan amid "acute" security threats, and the Pentagon on Sunday ordered six US commercial airlines to help move evacuees from temporary sites outside of Afghanistan.

Addressing a criticism cited by many Republicans, Mr Biden said no Afghan evacuees are being flown directly to the United States from Afghanistan without prior screening.

He said they are being screened in third countries.

Mr Biden and his top aides have repeatedly cited their concern that extremist groups in Afghanistan will attempt to exploit the chaos around the Kabul airport.

READ:  'I just want my friend to be safe' :Reaction over Aussie man's death sentence

"The threat is real, it is acute, it is persistent and something we're focused with every tool in our arsenal," said Mr Biden's national security advisor, Jake Sullivan.

Mr Sullivan said on CNN's "State of the Union" that 3900 people had been airlifted out of Kabul on US military flights over the past 24 hours.

A US defence official, speaking on condition of anonymity to provide details not yet made public, said those people were flown on a total of 23 flights — 14 by C-17 transports and nine aboard C-130 cargo planes.

That represents an increase from 1600 flown out aboard US military planes in the previous 24 hours, but remains far below the 5000 to 9000 that the military says it has the capacity to airlift daily. 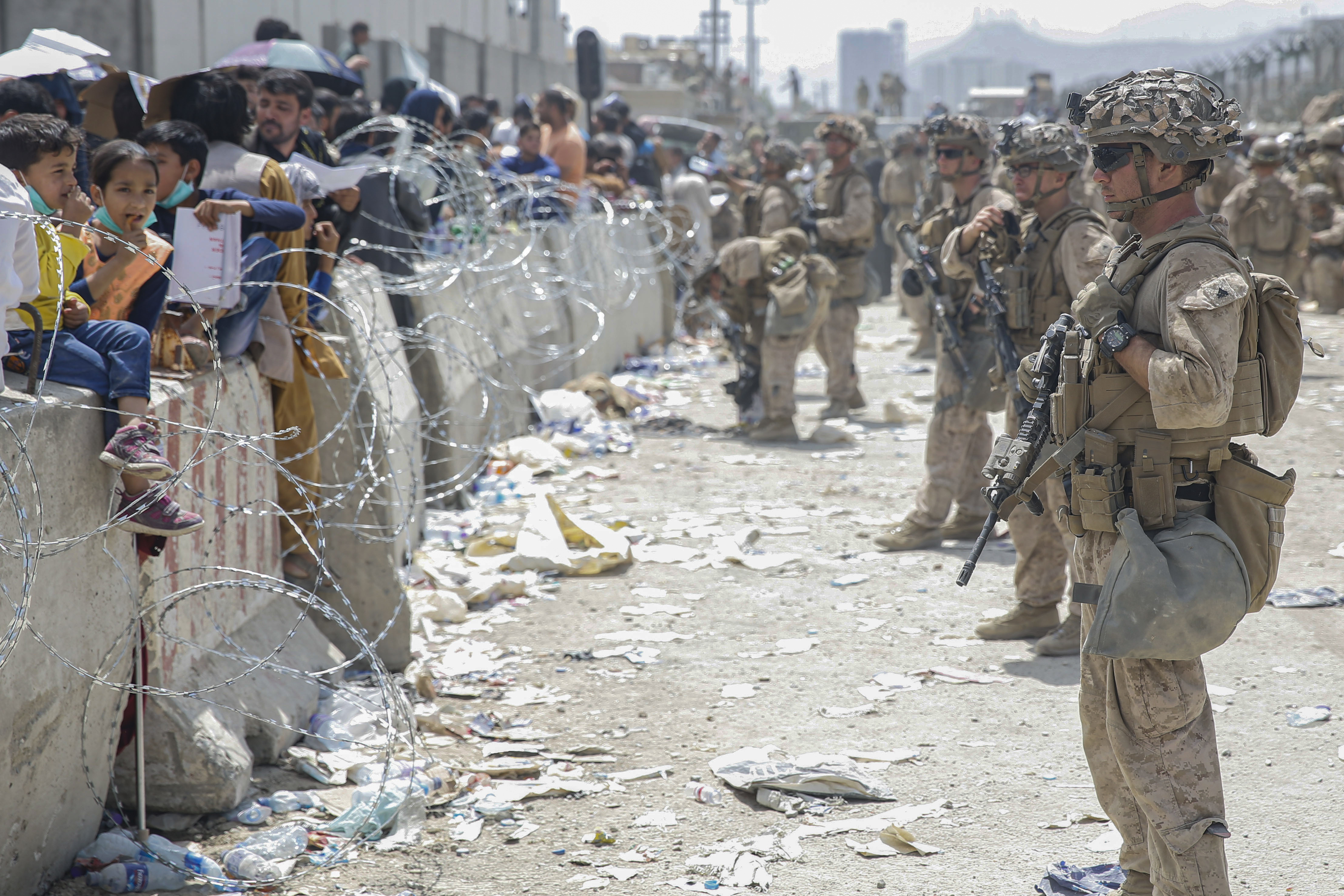 Mr Sullivan also said about 3900 people were airlifted on non-US military flights over the past 24 hours.

The Biden administration has given no firm estimate of the number of Americans seeking to leave Afghanistan.

Mr Sullivan on Sunday put it at "several thousand."

Speaking on ABC's "This Week," Lloyd Austin said that as Mr Biden's August 31 deadline for ending the evacuation operation approaches, he will recommend whether to give it more time.

Tens of thousands of Americans and others have yet to be flown out of the country. 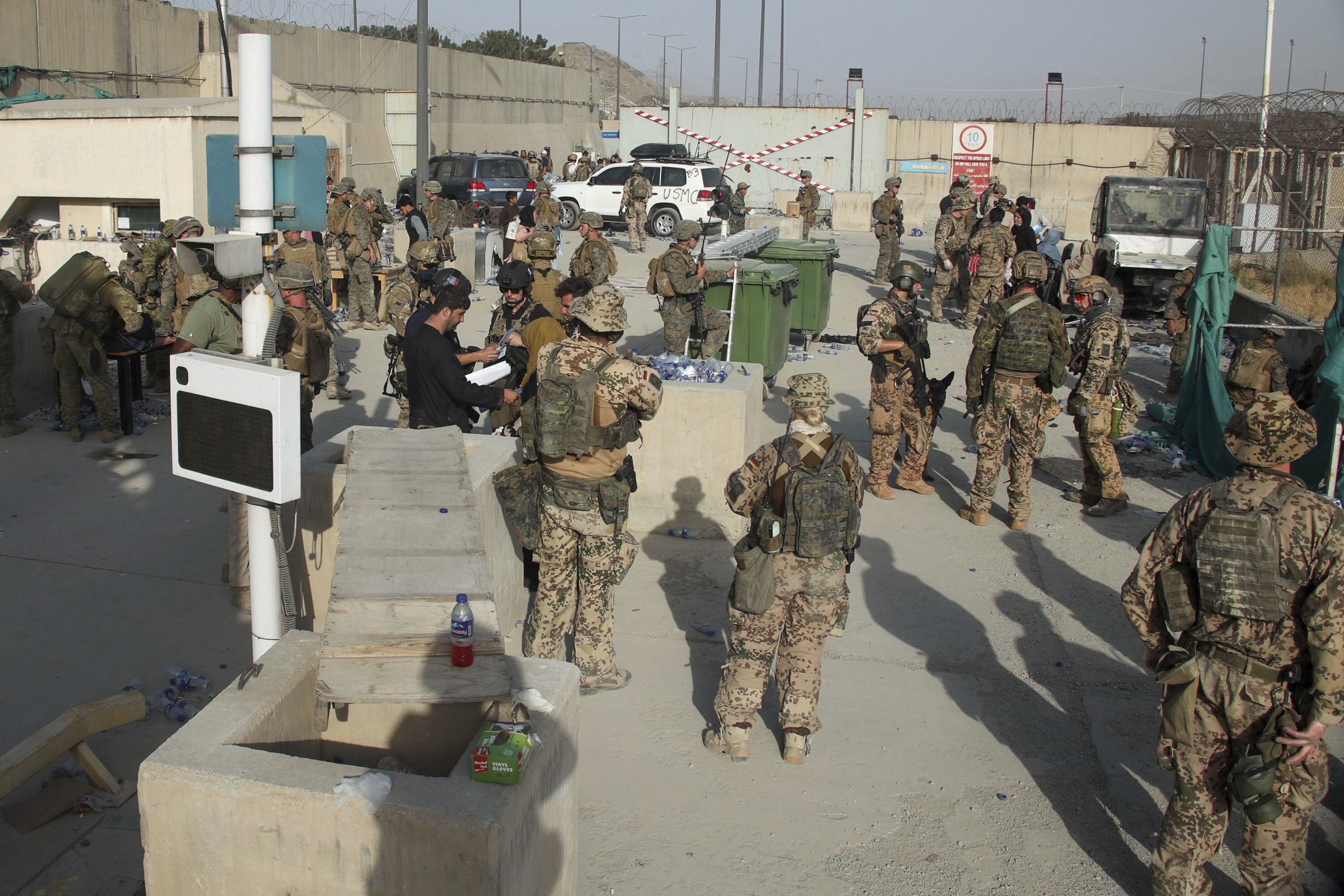 READ:  $17.7 billion to deliver once in a generation change to aged care in Australia

In a notice Sunday, the State Department urged people seeking to leave Afghanistan as part of an organised private evacuation effort not come to the Kabul airport "until you have received specific instructions" to do so from the US Embassy's flight organiser.

The notice said that others, including American citizens, who have received specific instructions from the embassy to make their way to the airport should do so.

Mr Austin said the airlift would continue for as long as possible.

"We're gonna try our very best to get everybody, every American citizen who wants to get out, out," Mr Austin said in the interview. 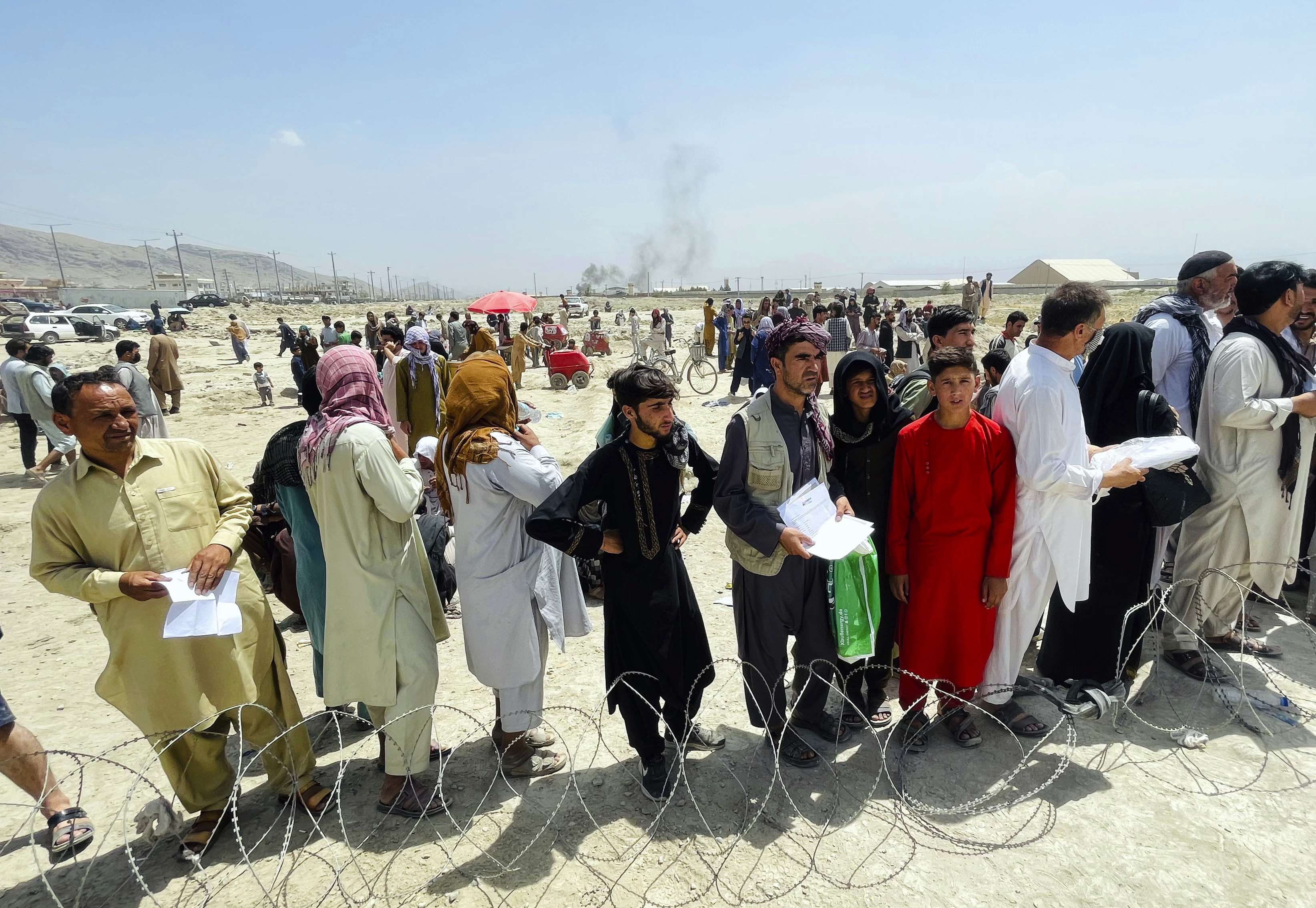 "And we've got — we continue to look at different ways to — in creative ways — to reach out and contact American citizens and help them get into the airfield."