US President Joe Biden expressed support for a cease-fire between Israel and Gaza’s militant Hamas rulers in a call to Israeli Prime Minister Benjamin Netanyahu.

US President Joe Biden expressed support for a ceasefire between Israel and Gaza's militant Hamas rulers in a call to Israeli Prime Minister Benjamin Netanyahu today, the eighth day of airstrikes and rocket barrages that have killed at least 200 people, most of them Palestinians in Gaza.

Mr Biden stopped short of joining the growing demands from Democrats and others for an immediate ceasefire in the fighting.

But the White House readout of the call showed increased White House concern that the fighting - including Israeli airstrikes aimed at weakening Hamas - come to an end, while still expressing support for Israel. 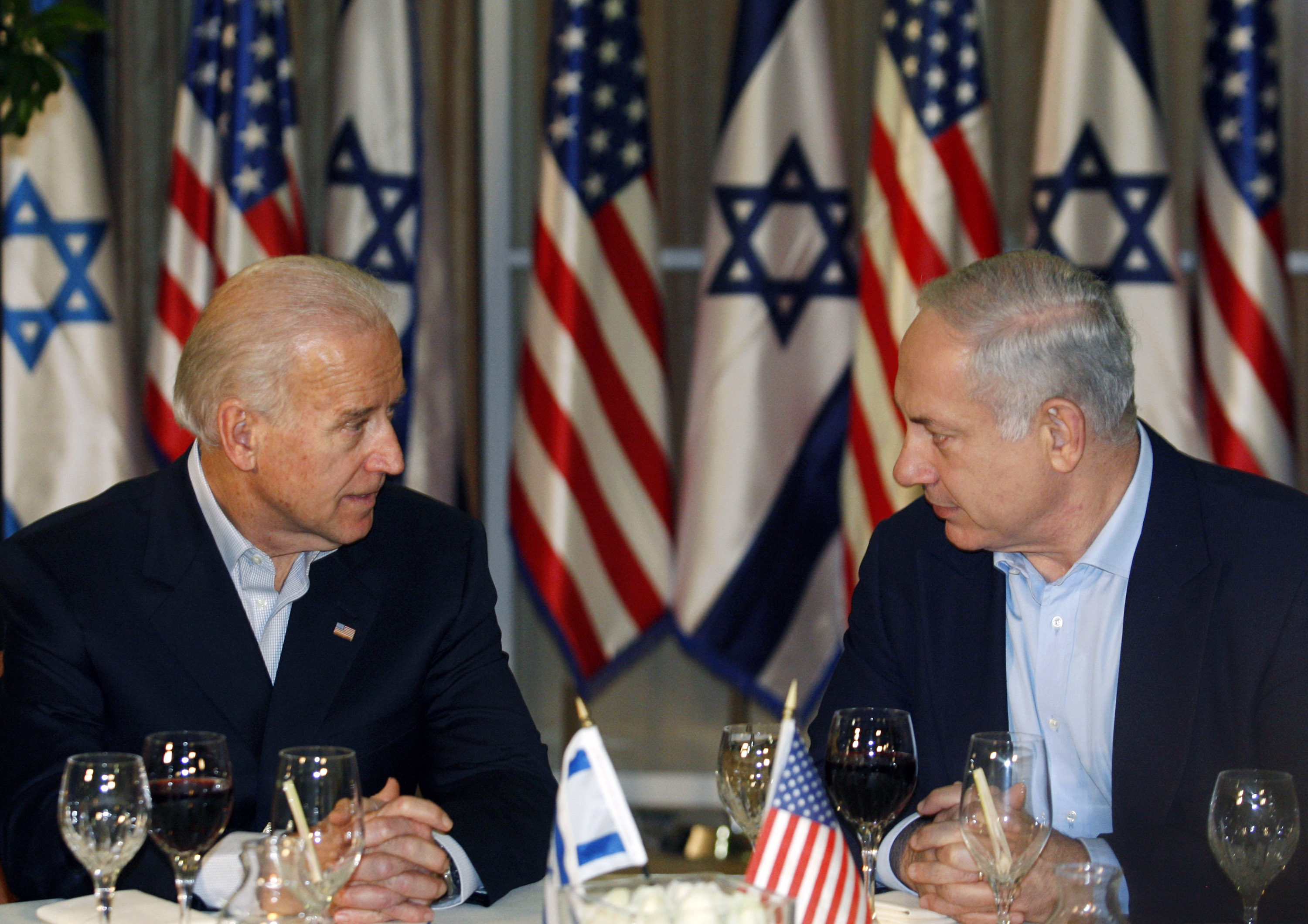 LIVE UPDATES: The latest on coronavirus across Australia and the world

The US leader also "encouraged Israel to make every effort to ensure the protection of innocent civilians," according to a White House readout.

As the worst Israeli-Palestinian fighting since 2014 raged, the Biden administration had previously limited its public criticisms to Hamas and declined to send a top-level envoy to the region, or press Israel publicly and directly to wind down its latest military operation in the Gaza Strip, a 10km-by-40km territory that is home to more than two million people.

Ceasefire mediation by Egypt and others have shown no sign of progress.

The US, Israel's top ally, also blocked for a third time what would have been a unanimous statement by the 15-nation UN Security Council expressing "grave concern" over the intensifying Israeli-Palestinian conflict and the loss of civilian lives.

The final US rejection killed the Security Council statement, at least for now.

The US administration's publicly tempered response comes despite calls from Security Council partners, some Democrats and others for Mr Biden' and other international leaders to wade more deeply into diplomacy to end the worst Israel-Palestinian violence in years and revive long-collapsed mediation for genuine peace there.

READ:  Christmas Isn’t Cancelled, But Here’s What It Will Look Like In 2020

Speaking in Copenhagen, where he was making an unrelated tour of Nordic countries, US Secretary of State Antony Blinken ticked off other, quieter US outreach so far to try to de-escalate hostilities in the Gaza Strip and Israel and said he would be making more calls today.

"In all of these engagements we have made clear that we are prepared to lend our support and good offices to the parties should they seek a cease-fire," Mr Blinken said.

He said he welcomed efforts by the UN, Egypt and other nations working for a cease-fire.

"Any diplomatic initiative that advances that prospect is something that we'll support," he said.

"And we are again willing and ready to do that. But ultimately it is up to the parties to make clear that they want to pursue a cease-fire."

Pulling back from Middle East diplomacy to focus on other policy priorities — such as Mr Biden's emphasis on dealing with the rise of China — carries political risk for the administration.

That includes weathering any blame when violence flares as the US steps back from conflict zones in the Middle East, and Afghanistan.

But a relatively hands-off approach in the decades-old Israeli-Palestinian conflict also could spare the US years of shuttle diplomacy in support of a peace process that neither side actively supports.

At least 200 Palestinians had been killed in the strikes as of today, including 59 children and 35 women, with 1300 people wounded, according to the Gaza Health Ministry.

Eight people in Israel have been killed in rocket attacks launched from Gaza, including a five-year-old boy and a soldier.

Mr Blinken also said he had asked Israel for any evidence for its claim that Hamas was operating in a Gaza office building housing The Associated Press and Al Jazeera news bureaus that was destroyed in an Israeli airstrike over the weekend.

READ:  US vaccine just says away as 'two people die' every minute

But he said that he personally had "not seen any information provided."

Mr Biden's ambassador to the United Nations, Linda Thomas-Greenfield, told an emergency high-level meeting of the Security Council on Sunday that the US was "working tirelessly through diplomatic channels" to stop the fighting.

READ MORE: 'They absolutely are going to kill us'

She warned that the return to armed conflict would only put a negotiated two-state solution to the decades-old Israeli-Palestinian conflict even further out of reach.

However, the US blocked moves by China, Norway and Tunisia in the Security Council for the statement by the UN's most powerful body, including a call for the cessation of hostilities.

The proposed statement called for an end to "the crisis related to Gaza" and the protection of civilians, especially children.

In Israel, Hady Amr, a deputy assistant dispatched by Mr Blinken to try to de-escalate the crisis, met with officials.

Mr Blinken himself has no announced plans to stop in the Middle East on his current trip.

Representative Adam Schiff, Democratic chairman of the House intelligence committee, urged Mr Biden on Sunday to step up pressure on both sides to end the fighting and revive talks to resolve Israel's conflicts and flashpoints with the Palestinians.

"I think the administration needs to push harder on Israel and the Palestinian Authority to stop the violence, bring about a cease-fire, end these hostilities, and get back to a process of trying to resolve this long-standing conflict," Mr Schiff, a California Democrat, told CBS's Face the Nation.

Senator Todd Young of Indiana, the senior Republican on the Foreign Relations subcommittee for the region, joined Connecticut Senator Chris Murphy, the subcommittee chairman, in asking both sides to ceasefire.

Senator Jon Ossoff of Georgia separately joined 26 other Democratic senators and Vermont Senator Bernie Sanders, an independent, on Sunday in urging an immediate cease-fire to prevent further civilian deaths and any further escalation of the overall conflict.

Mr Biden focused on civilian deaths from Hamas rockets in a call with Mr Netanyahu on Saturday, and a White House readout of the call made no mention of the US urging Israel to join in a cease-fire that regional countries were pushing.

Ms Thomas-Greenfield said US diplomats were engaging with Israel, Egypt and Qatar, along with the UN.

Mr Netanyahu told Israelis in a televised address Sunday that Israel "wants to levy a heavy price" on Hamas.

That will "take time," Mr Netanyahu said, signalling the war would rage on for now. 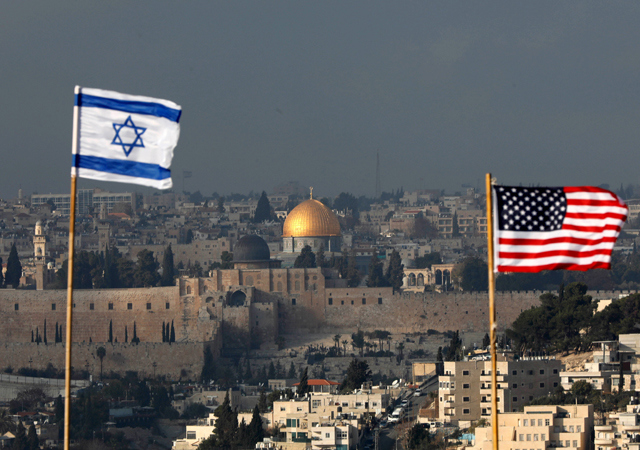 At the virtual meeting of the Security Council, UN Secretary-General Antonio Guterres said that returning to the Palestinian rocket fire and Israeli airstrikes in the fourth such war between Israel and Hamas, "only perpetuates the cycles of death, destruction and despair, and pushes farther to the horizon any hopes of coexistence and peace".

Eight foreign ministers spoke at the Security Council session, reflecting the seriousness of the conflict, with almost all urging an end to the fighting.