The Democrats' 2020 nominating fight turned to South Carolina on Saturday (local time) for the first-in-the-South primary, with Joe Biden confident that his popularity with black voters will seal him a victory and help blunt some of front-runner Bernie Sanders' momentum.

There were no early reports of voting problems after polls opened across the state at 7am.

The primary stands as the first marker on a critical four-day stretch that will help determine whether the party rallies behind Mr Sanders or embraces a longer and uglier slog that could carry on until the national convention. 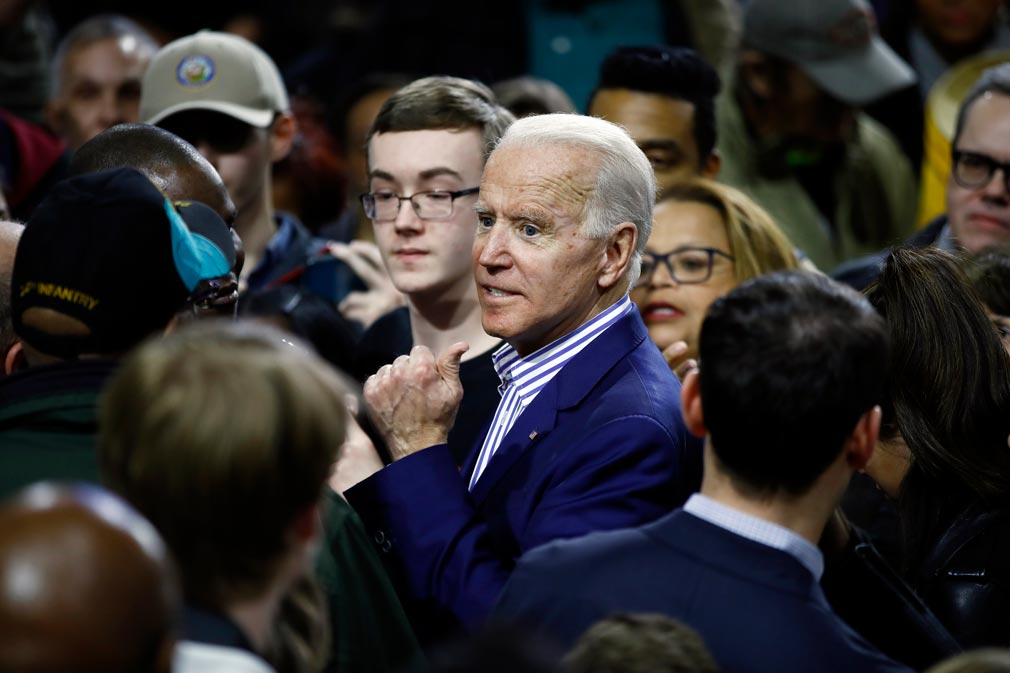 "Only two things are going to happen: either Bernie or brokered," James Carville said. Mr Carville is a veteran Democratic strategist.

Mr Carville is uncomfortable with a Sanders nomination but fears that a brokered convention – in which party bosses or delegates in floor fights and negotiations decide the nominee after no candidate amasses enough delegates in the primary – would inflict serious damage on the party, as well.

"It's just hard for me to see beyond the two options," he said.

In Saturday's primary, Mr Biden and his establishment allies hope to slow Mr Sanders' rise – and change the trajectory of the race – with a convincing victory demonstrating his strength among African Americans.

"It'd be a good start to get into Super Tuesday and do really well," Mr Biden told reporters. 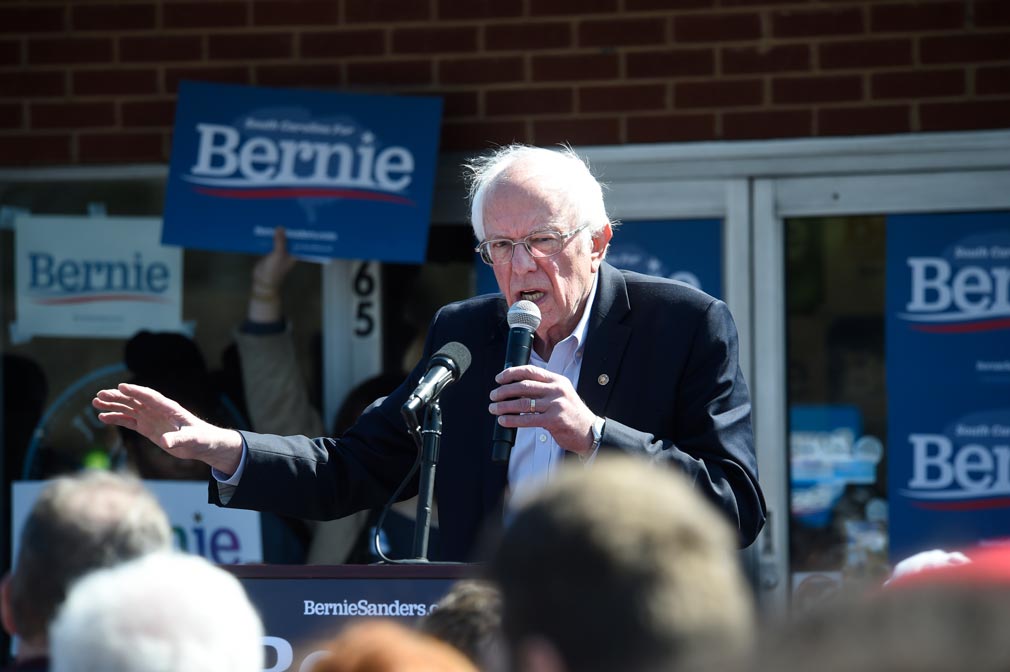 But just three days after South Carolina, Mr Sanders believes he's positioned to seize a major delegate advantage when 14 states and one US territory vote on "Super Tuesday".

After two consecutive victories and a tie for the lead in Iowa, the 78-year-old Vermont senator's confidence is surging.

What Bernie Sanders is doing

Mr Sanders will spend the lead-up to Super Tuesday campaigning in the home states of two major Democratic rivals, betting he can score a double knockout blow – or at least limit the size of their victories.

In a power play, Mr Sanders will host a midday rally Saturday in downtown Boston, campaigning in the heart of progressive ally Elizabeth Warren's political turf.

And on the eve of Super Tuesday, Mr Sanders will host a concert in Minnesota, where home-state Sen Amy Klobuchar is looking for her first win.

Senior adviser Jeff Weaver said Mr Sanders is aggressively hunting for delegates, noting that their campaign's experience during the 2016 primary against Hillary Clinton taught them that any candidate who finishes Super Tuesday with a significant delegate advantage will be difficult to catch. 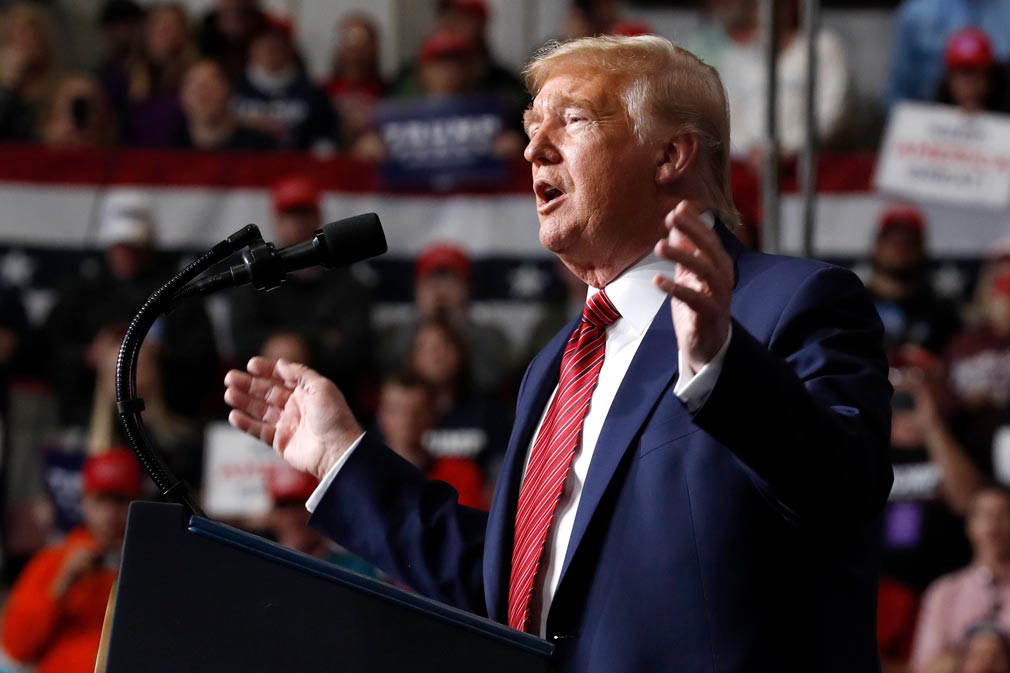 "I'm confident we're going to do very, very well across the country," Mr Weaver said of the coming four days. He also sought to downplay the importance of South Carolina, where "Biden is expected to win".

"But for the vice president, he needs an extraordinarily large win in South Carolina in order to convince folks he's going to be able to go the distance."

At a rally in North Charleston on Friday, Mr Trump asked the crowd whether Biden or Sanders would be the better Democratic opponent for him.

Some state GOP leaders have even urged Republican voters to participate in Saturday's Democratic primary and vote for Mr Sanders.

Yet the Democrats' 2020 primary election is far from a two-person race. 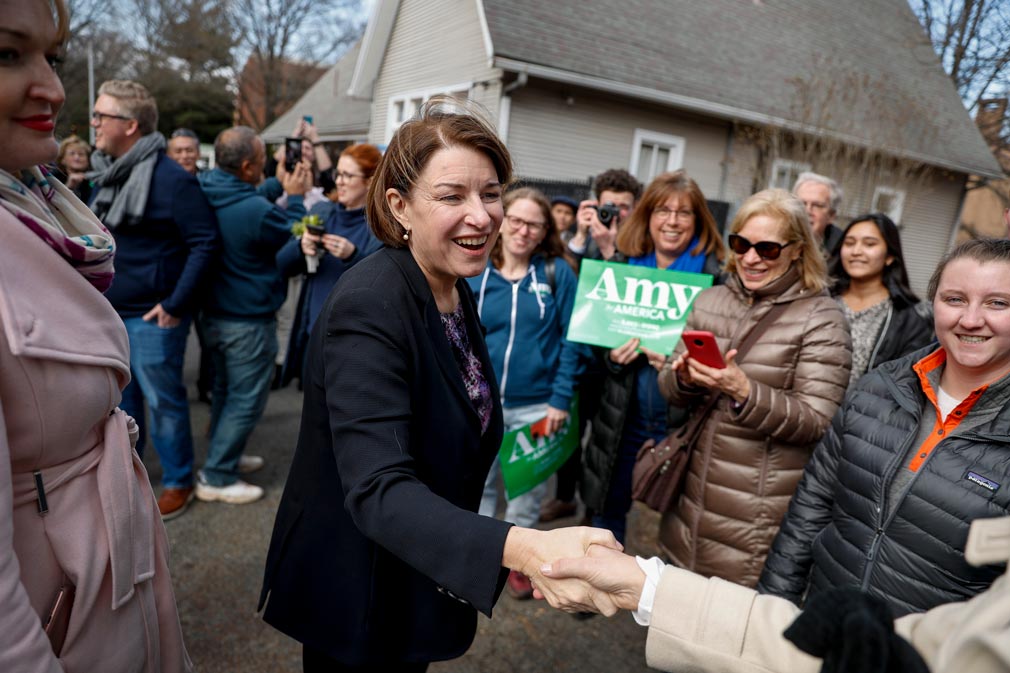 Where the other candidates currently stand

In South Carolina, billionaire activist Tom Steyer has spent more than US$19 million on television advertising – more than all the other candidates combined – in his quest for his first top finish in four contests.

Not ceding anything, Pete Buttigieg is fighting to prove he can build a multiracial coalition. And with the help of super PACs, Ms Warren and Ms Klobuchar have vowed to keep pushing forward no matter how they finish on Saturday.

New York billionaire Mike Bloomberg is not competing in South Carolina, yet he has shattered spending records after investing hundreds of millions of dollars in Super Tuesday advertising backed by a horde of paid staff in virtually every state in the nation.

He could emerge as the strongest Sanders alternative in the coming days, or he could unintentionally help Mr Sanders by splitting up the anti-Sanders vote.

The former vice president's campaign began the week cautiously optimistic, even as he predicted victory and began lashing out at Mr Sanders more aggressively.

"This nation isn't looking for a revolution like some folks are talking about," Mr Biden said yesterday in Sumter, slapping at Mr Sanders' signature call to action.