The Victorian Government has blasted footage believed to be from a packed Melbourne pub just minutes before the new lockdown began.

The Victorian Government has slammed as "beyond infuriating" footage of patrons partying in a packed Melbourne pub believed to have been filmed just minutes before the new lockdown began.

A video uploaded to social media shows a packed bar on Chapel Street in the city's CBD heaving with partygoers, none of whom appear to be wearing a mask.

The footage was said to have been taken just 10 minutes before the state entered "Lockdown 4.0", a drastic measure imposed by the government in a bid to slow down Victoria's latest growing cluster of COVID-19 cases. 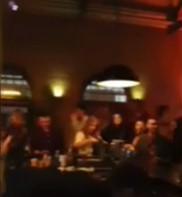 It is understood the footage has been forwarded to relevant authorities, who are investigating.

In a statement, a government spokesperson said the behaviour was selfish and an investigation would take place.

"This footage is beyond infuriating - Victorians will be rightly frustrated at these people who selfishly flouted the rules just before lockdown," the spokesperson said.

"Irresponsible gatherings like this put us all at risk - and it's insulting to all the Victorians working hard to prevent another outbreak of coronavirus in our community.

"This footage has been referred to the appropriate authorities for investigation, and they will take action as necessary." 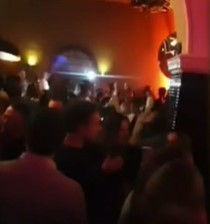 Meanwhile, day one of Victoria's state-wide lockdown has left thousands of small business owners and casual employees out of pocket and on edge.

Pressure is mounting for the state and federal governments to deliver a rescue package after non-essential businesses such as gyms and florists were forced to close.

Eli Hazell, who owns seven pilates studios across Melbourne, told 9News she has been forced to stand down about 50 staff amid the lockdown, many of whom are casual workers.

READ MORE: Businesses 'totally deflated' after being forced to close during lockdown

"They're all living pay cheque to pay cheque and we can't really help them out because we've got rent due next week, and no income this week," she said.

"It's really frustrating. We've been through this before and just feeling totally deflated."