A mountain gorilla who went viral online for photobombing her caretaker’s selfie has now died in the same man’s arms.

Ndakasi, a mountain gorilla whose image went viral when she photobombed her caretaker's selfie, has died at the age of 14.

She died on September 26 after a prolonged illness, according to a statement published Tuesday by the Virunga National Park, in the Democratic Republic of Congo.

"It is with heartfelt sadness that Virunga announces the death of beloved orphaned mountain gorilla, Ndakasi, who had been under the care of the Park's Senkwekwe Center for more than a decade," the park said. 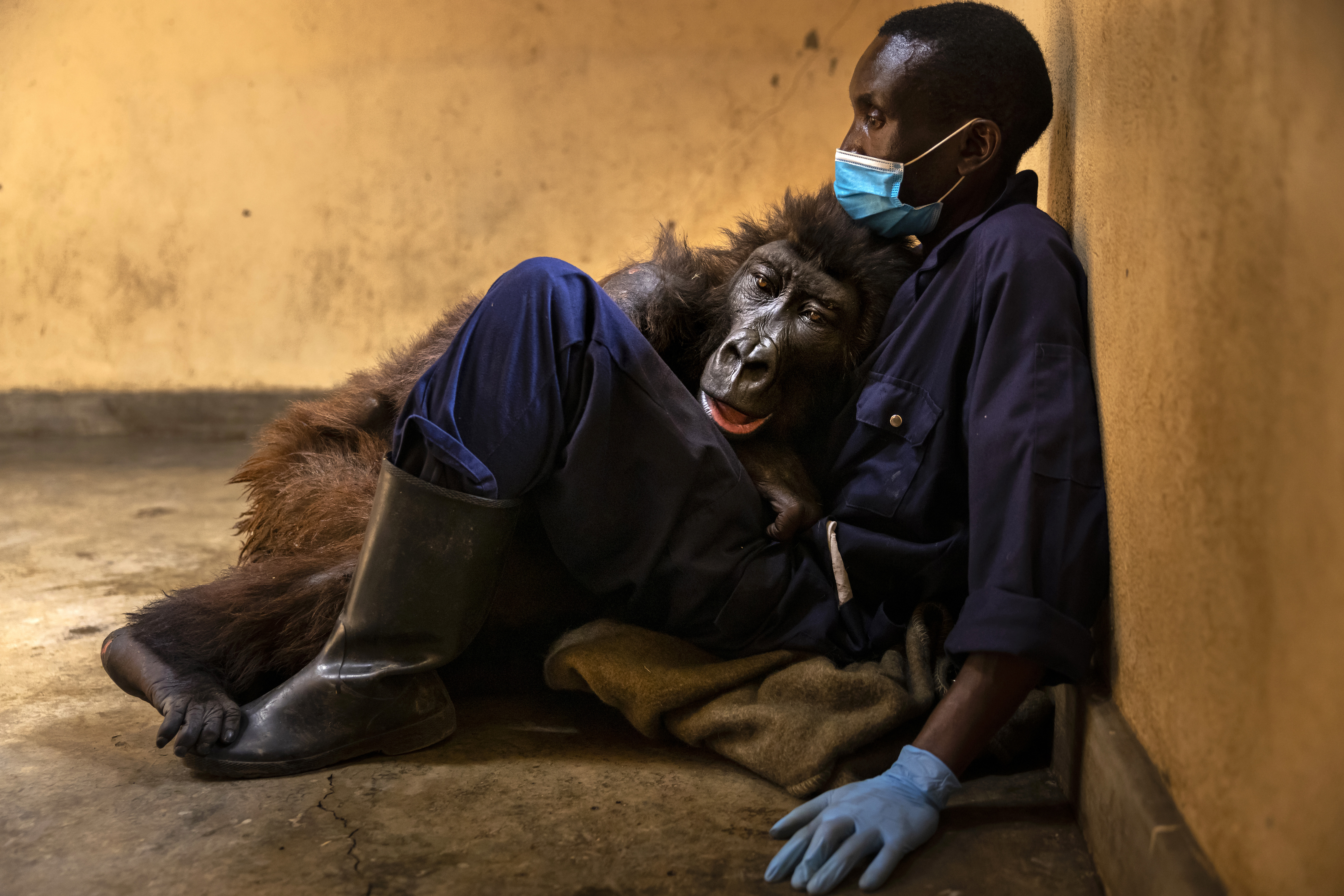 "Ndakasi took her final breath in the loving arms of her caretaker and lifelong friend, Andre Bauma," it added.

The Senkekwe Center, located inside the park, is the only facility in the world that looks after orphaned mountain gorillas.

Bauma had looked after Ndakasi ever since rangers found her clinging to the body of her dead mother in 2007, when she was just two months old.

Too vulnerable to return to the wild, Ndakasi lived with other orphaned mountain gorillas until her death.

"It was a privilege to support and care for such a loving creature, especially knowing the trauma Ndakasi suffered at a very young age. It was Ndakasi's sweet nature and intelligence that helped me to understand the connection between humans and Great Apes and why we should do everything in our power to protect them," Bauma said in the statement.

READ MORE: What you can and can't do once NSW hits 70, 80 and 90 per cent fully vaccinated "I am proud to have called Ndakasi my friend. I loved her like a child and her cheerful personality brought a smile to my face every time I interacted with her. She will be missed by all of us at Virunga but we are forever grateful for the richness Ndakasi brought to our lives during her time at Senkwekwe."

READ:  Labor backflip would only benefit the rich

Ndakasi featured in several TV shows and films, including a documentary named Virunga, but it was her photobomb in 2019 that brought her global fame.

In the image, Ndakasi is pictured alongside another female gorilla, named Ndeze. The pair appear to be naturals in front of the camera; one stands proudly in a power pose with her feet wide apart, while the other leans forward to make it into the shot alongside park ranger Mathieu Shamavu.

"Another day at the office..." Shamavu wrote alongside the image, which swiftly went viral after being shared on Facebook.

READ MORE: Queensland to trial home quarantining from next week 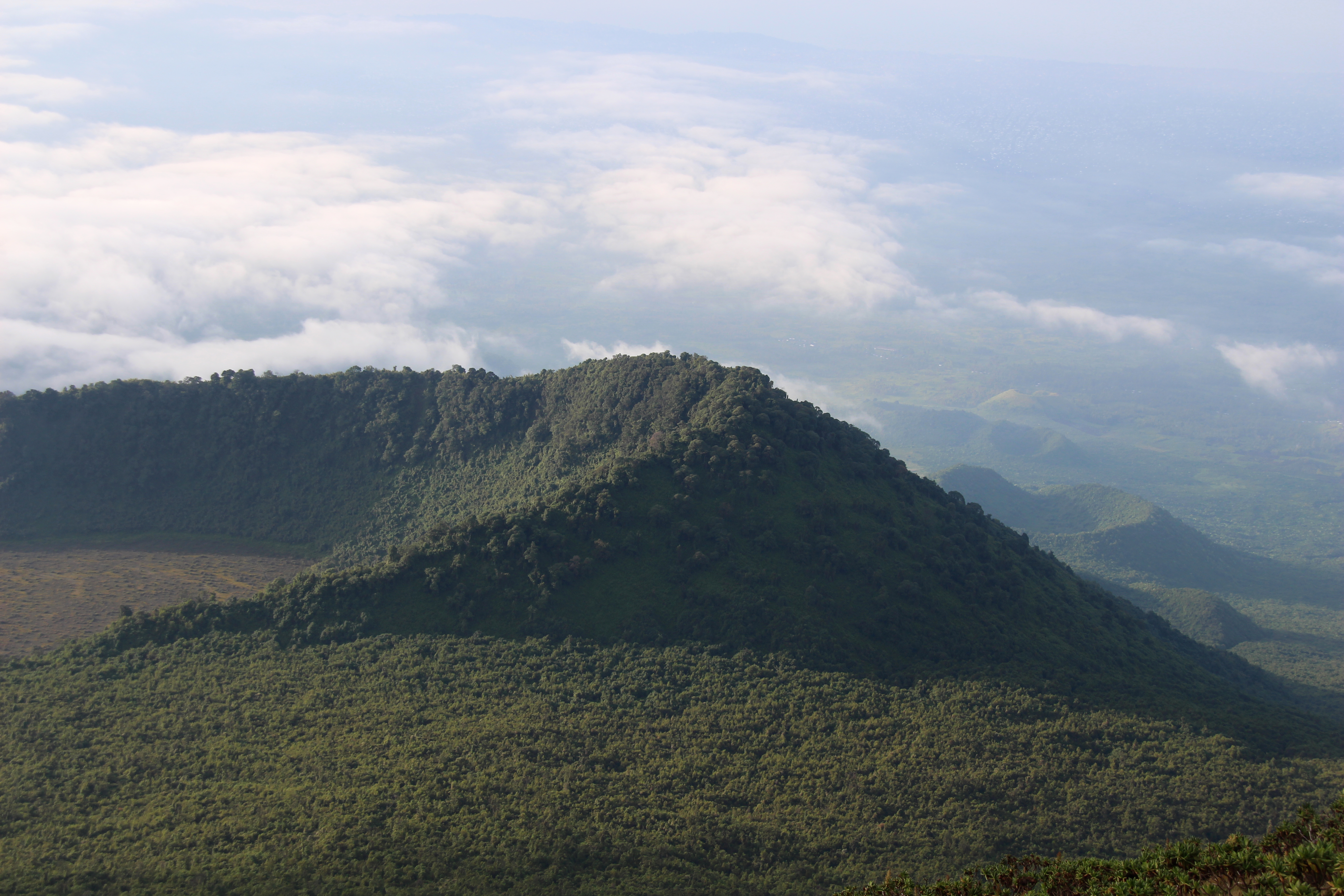 When Ndakasi was born in 2007, mountain gorillas were critically endangered, according to the park.

Her mother was shot by armed militia as part of a series of massacres of gorilla families. These massacres led to institutional and security reforms at the park that "significantly strengthened the protection of Virunga's mountain gorillas," according to the statement.

More than 200 rangers have been killed in the park, Reuters reported in January.

"The death of Ndakasi underscores the importance of protecting gorillas in their natural habitat, where they thrive and where their life expectancy is greatest," it added.