A Belarusian journalist and government opponent detained after the Ryanair plane he was travelling on was forced to divert to Minsk in a “state-sponsored hijacking” has appeared in a new video.

A Belarusian journalist and government opponent detained after the Ryanair plane he was travelling on was forced to divert to Minsk in a "state-backed hijacking" has appeared in a new video.

A brief video clip of journalist Raman Pratasevich, who ran a popular messaging app that played a key role in helping organise massive protests against authoritarian President Alexander Lukashenko, was shown on Belarusian state television on Monday night, a day after he was removed from the Ryanair flight.

Sitting at a table with his hands folded in front of him and speaking rapidly, Mr Pratasevich said he was in satisfactory health and said his treatment in custody was "maximally correct and according to law." 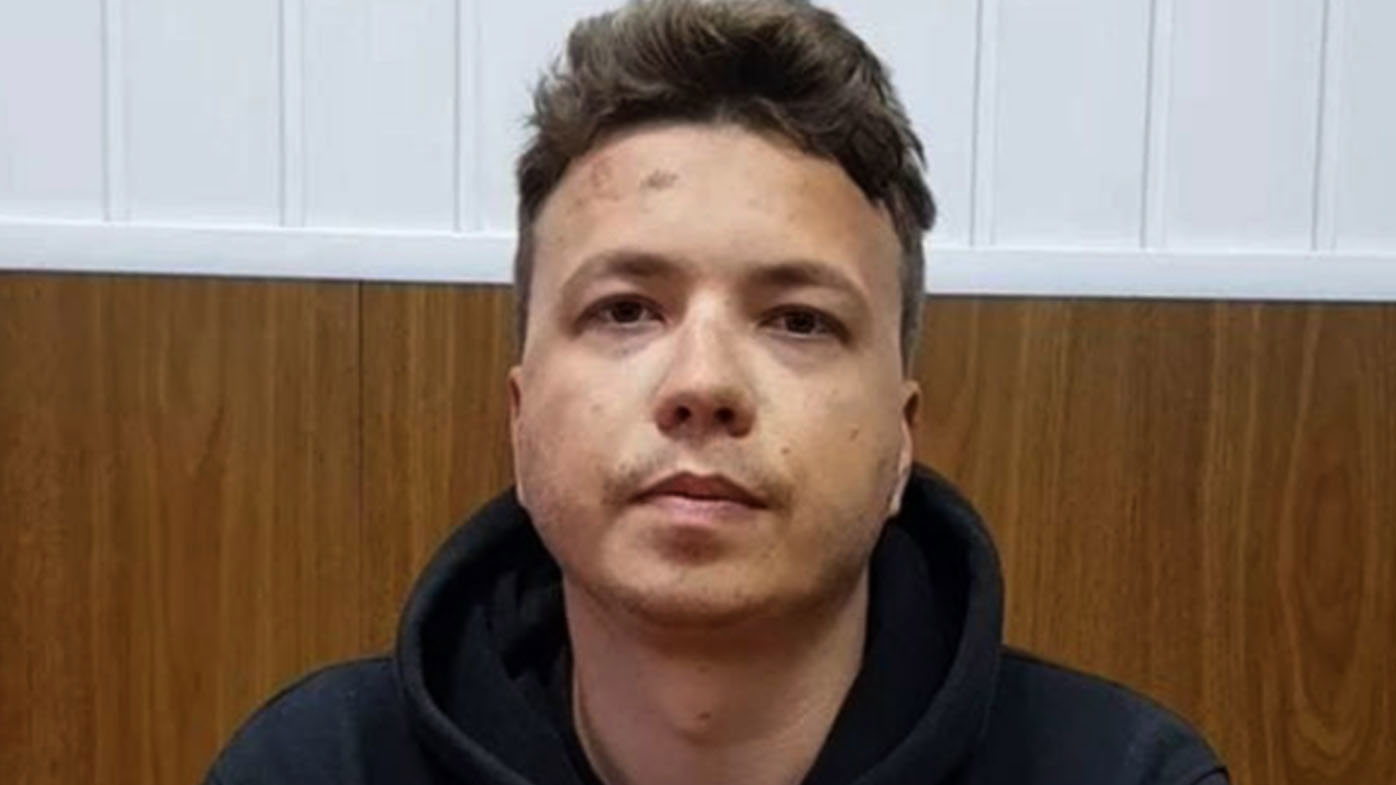 He added that he was giving evidence to investigators about organising mass disturbances.

Scratches can be seen on his forehead as he speaks.

Western outrage is growing against Belarus over its forced diversion of a passenger jet to the capital of Minsk in order to arrest an opposition journalist in a dramatic gambit that some said amounted to state terrorism or piracy.

Ryanair said Belarusian flight controllers told the crew there was a bomb threat against the plane as it was crossing through Belarus airspace on Sunday and ordered it to land.

A Belarusian MiG-29 fighter jet was scrambled to escort the plane in a brazen show of force by Mr Lukashenko, who has ruled the country with an iron fist for over a quarter-century. 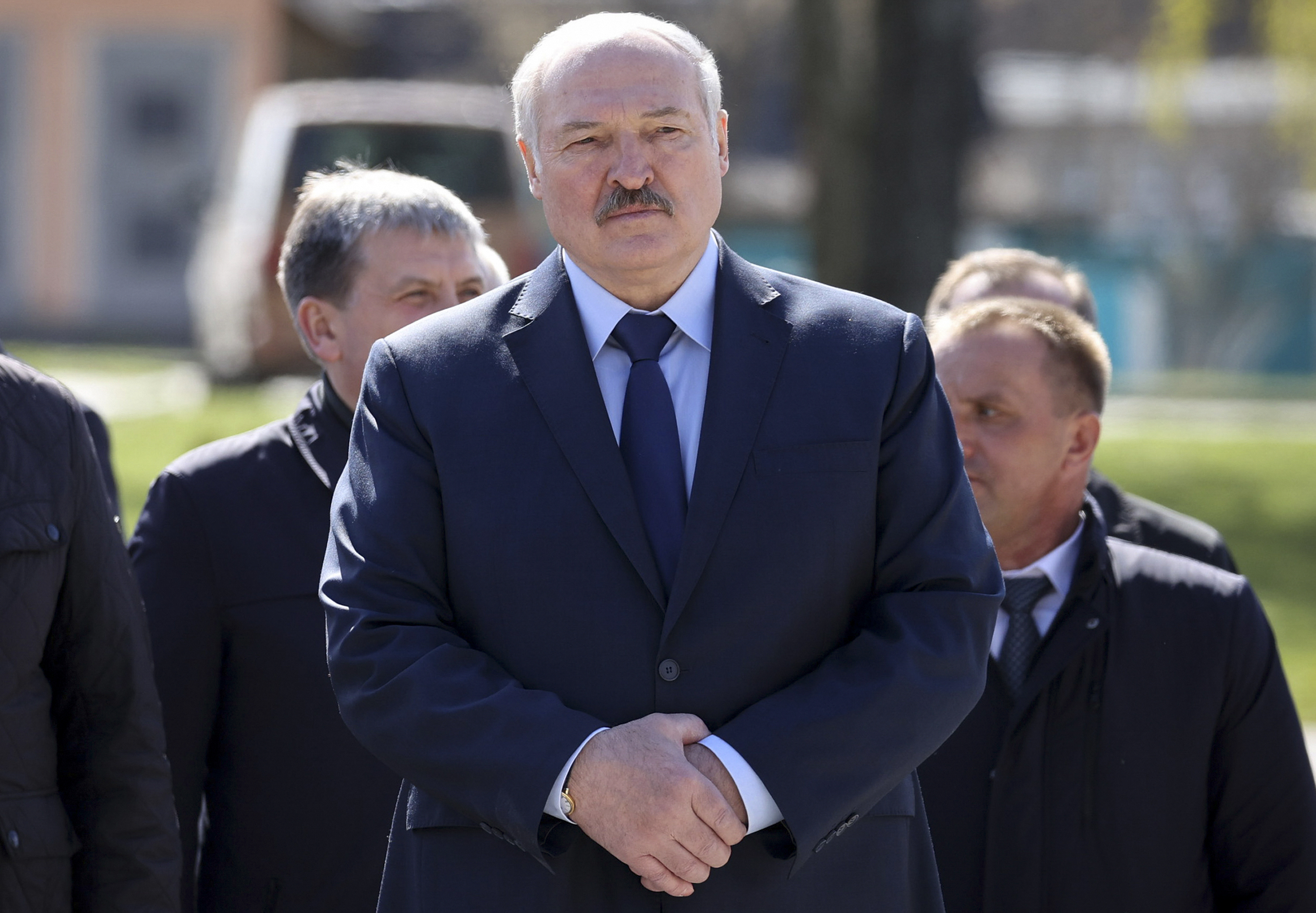 Video taken by a passenger on the plane shows armed security officials and sniffer dogs boarding the aircraft as Mr Pratasevich and his Russian girlfriend were arrested.

Authorities haven't said where they're being held.

Ryanair Flight FR4978, which began in Athens, Greece, was eventually allowed to continue on to Vilnius, Lithuania. 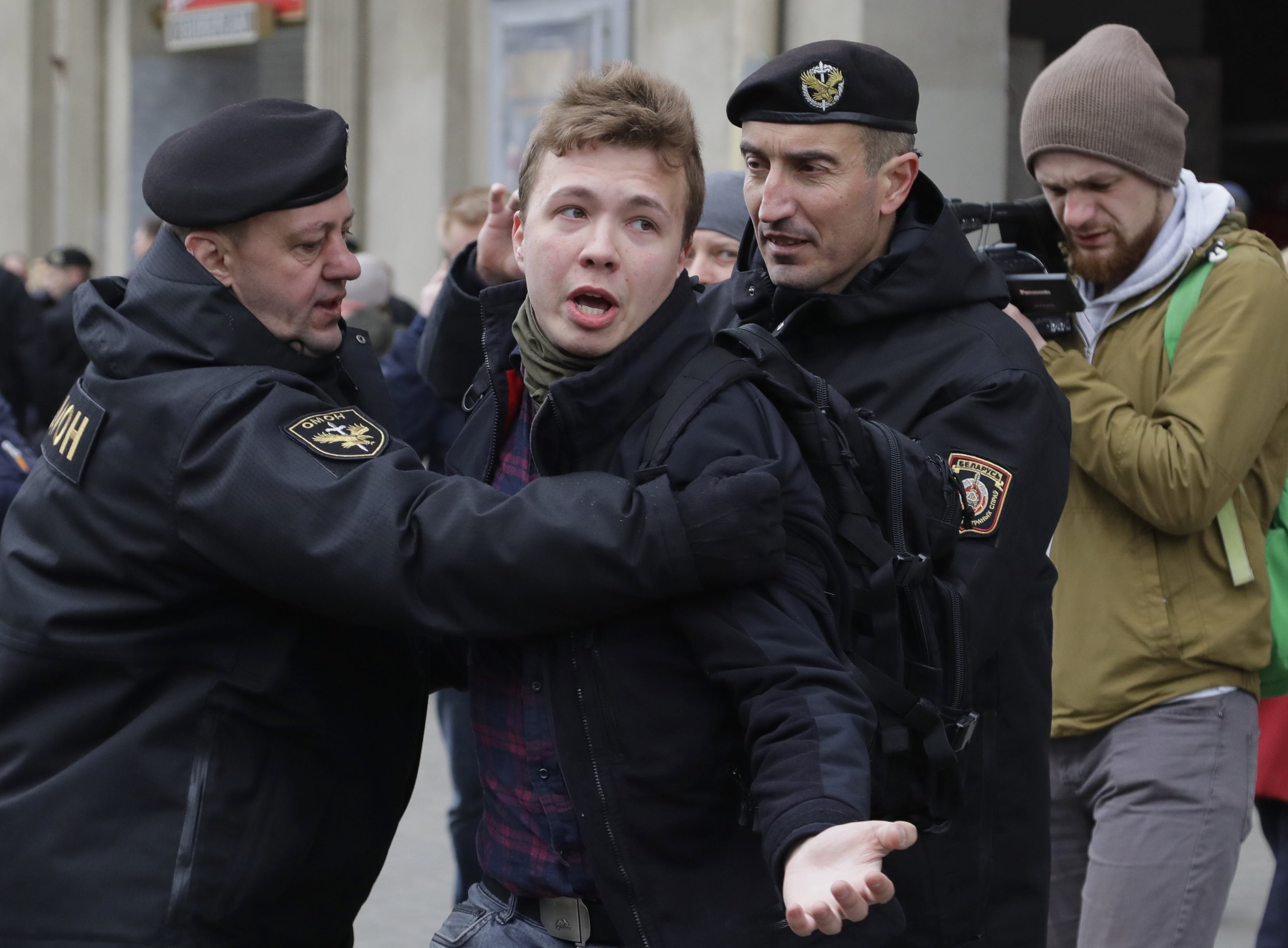 US President Joe Biden was briefed on the incident and National Security adviser Jake Sullivan raised the issue in his call with the secretary of the Russian Security Council, said White House press secretary Jen Psaki.

She added the administration condemned what she called the "shocking act" of diverting a flight to detain a journalist.

"It constitutes a brazen affront to international peace and security by the regime. We demand an immediate international, transparent and credible investigation of this incident," she said, adding the US was in touch with NATO, the EU, the Organisation for Security and Cooperation in Europe, among others about next steps.

EU leaders were particularly forceful in their condemnation of the arrest and the move against the plane, which was flying between two of the bloc's member nations and was being operated by an airline based in Ireland, also a member.

The bloc summoned Belarus' ambassador "to condemn the inadmissible step of the Belarusian authorities" and said in a statement the arrest was yet again "another blatant attempt to silence all opposition voices in the country."