Beards aren’t just cool and trendy — they might also be an evolutionary development to help protect a man’s delicate facial bones from a punch to the face.

Beards aren't just cool and trendy — they might also be an evolutionary development to help protect a man's delicate facial bones from a punch to the face.

That's the conclusion of a trio of scientists from the University of Utah who are among the winners of this year's Ig Nobel prizes, the Nobel Prize spoofs that honour — or maybe dishonour, depending on your point of view — strange scientific discoveries. The winners of the 31st annual Ig Nobels being announced today included researchers who figured out how to better control cockroaches on US Navy submarines; animal scientists who looked at whether it's safer to transport an airborne rhinoceros upside-down; and a team that figured out just how disgusting that discarded gum stuck to your shoe is.

For the second year in a row, the ceremony was a roughly 90-minute prerecorded digital event because of the worldwide coronavirus pandemic, said Marc Abrahams, editor of the Annals of Improbable Research magazine, the event’s primary sponsor. 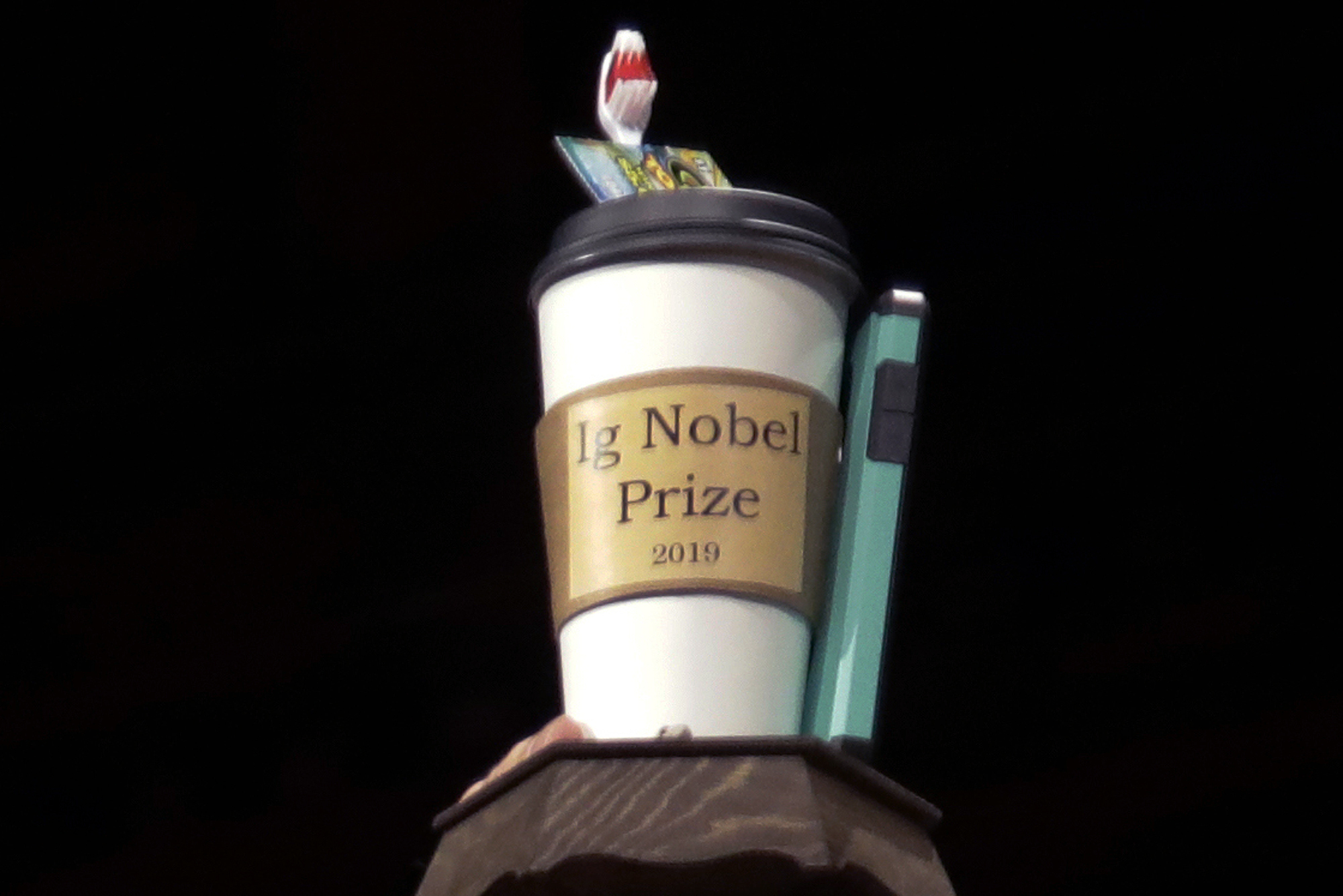 While disappointing in many ways because half the fun of a live ceremony is the rowdy audience participation, the ceremony retained many in-person traditions.

Those included real Nobel laureates announcing the prizes, and the world premiere of a mini-opera called “A Bridge Between People,” about children who literally build tiny suspension bridges to join two angry adults.

No faces were punched for the beard study published in the scientific journal Integrative Organismal Biology.

READ:  Notorious child rapist on the cusp of release to remain behind bars

Instead, University of Utah scientists Ethan Beseris, Steven Naleway and David Carrier used a fibre epoxy composite to simulate human bone, and sheepskin to act as the human skin — sometimes with the fleece still on, sometimes sheared. They then dropped weights on them.

The sample with the fleece still attached absorbed more energy than the sheared samples. 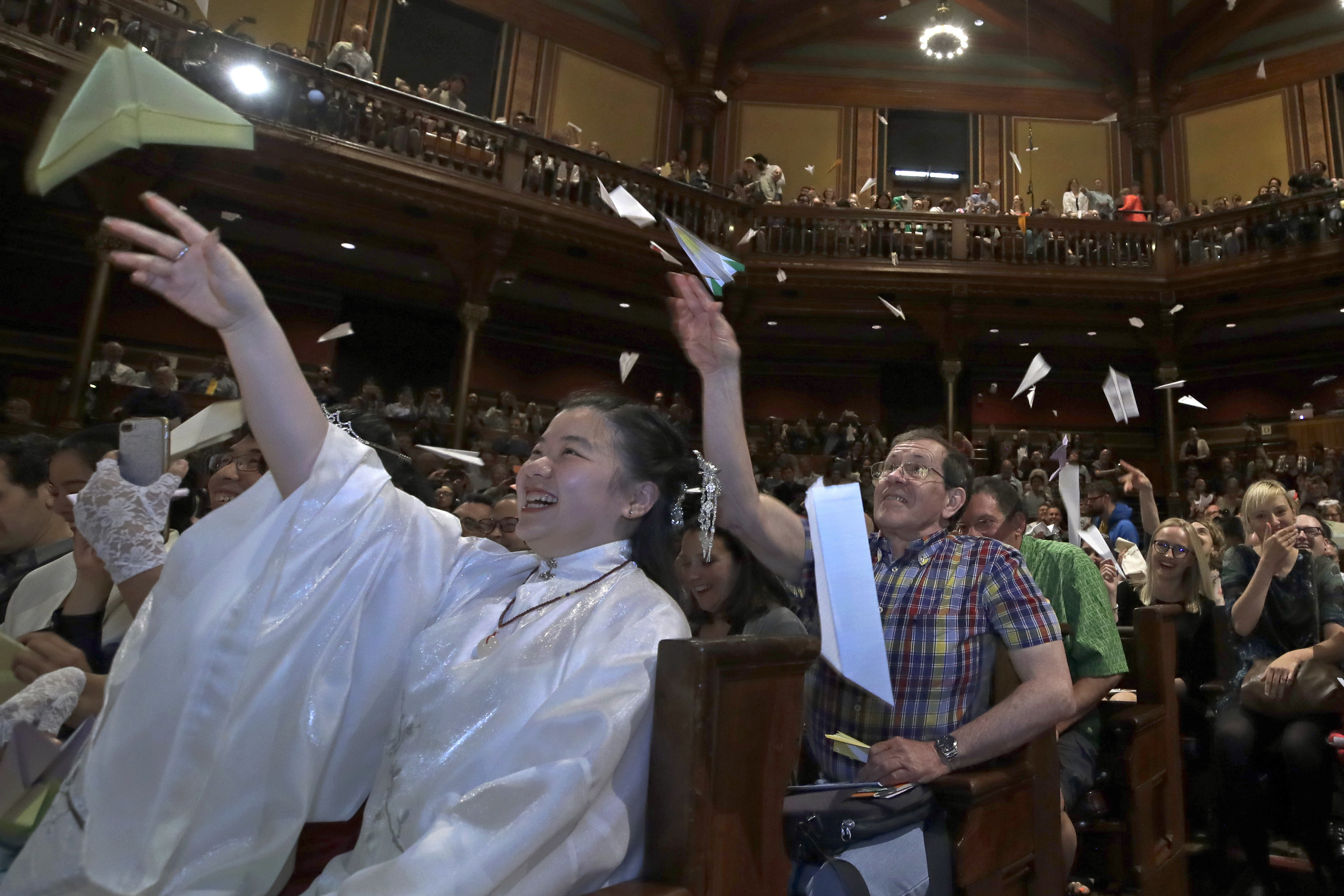 “If the same is true for human facial hair, then having a full beard may help protect vulnerable regions of the facial skeleton from damaging strikes, such as the jaw,” they said.

“Presumably, full beards also reduce injury, laceration, and contusion to the skin and muscle of the face."

It's obvious that those wads of discarded chewing gum found on sidewalks around the world are pretty revolting.

But just how revolting?

Researchers from a Spanish university determined the already-chewed gum that has been stuck to the sidewalk for three months is teeming with nasty bacteria.

It sounds like a silly study, but as usual, there was some method to the madness.

“Our findings have implications for a wide range of disciplines, including forensics, contagious disease control, or bioremediation of wasted chewing gum residues," Leila Satari, Alba Guillén, Àngela Vidal-Verdú, and Manuel Porcar from the University of Valencia wrote in their paper, which was published at Nature.com.

A team of US Navy researchers won for figuring out a cheaper and more effective way to control cockroaches on submarines.

The 1971 study that appeared in Journal of Economic Entomology found that traditional methods such as carboxide fumigation and use of the pesticide malathion were not good enough.

They found that using the pesticide dichlorvos was less expensive and more effective.

The goal is to return next year's ceremony to its traditional home at Harvard University's Sanders Theatre, Mr Abrahams said, but much depends on whether the pandemic is under control and what kind of travel restrictions are in place around the world.