A veteran BBC correspondent whose coverage angered China has left the country.

A veteran BBC correspondent whose coverage angered China has left the country.

John Sudworth has relocated to Taiwan and will continue to be the British public broadcaster's China correspondent, the BBC said.

The Foreign Correspondents' Club of China said Sudworth had left last week “amid concerns for his safety and that of his family”.

The organisation said Sudworth’s wife, Yvonne Murray, a correspondent for Irish broadcaster RTE, had left with him. 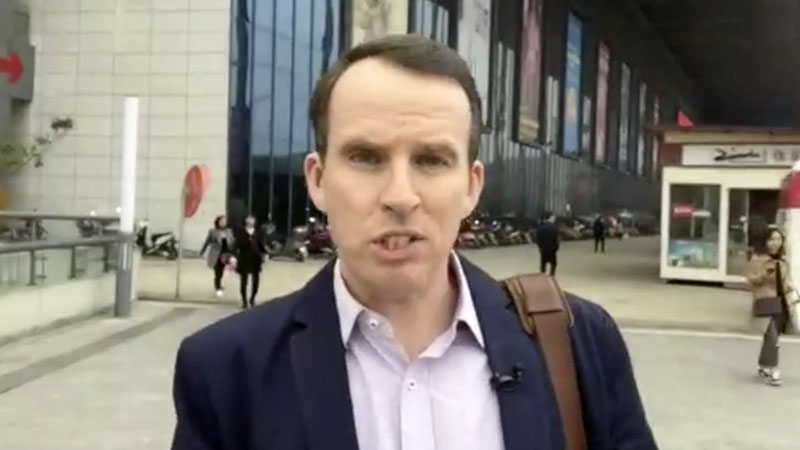 “John’s work has exposed truths the Chinese authorities did not want the world to know,” the BBC said in a statement posted on Twitter.

In September last year, the last two reporters working for Australian media outlets in China were dramatically pulled out by their news organisations over fears they were no longer safe.

Sudworth has reported from China for nine years.

He won a George Polk Award last year for his reporting on internment camps for Muslims in the Xinjiang region.

China says the camps were vocational training centres and denies any abuses.

China has held a series of news conferences to deny reports by the BBC and other foreign media of human rights violations in Xinjiang.

The Foreign Correspondents' Club said Sudworth left after months of attacks including videos posted online by state media that used videos of him obtained from Chinese police cameras.

“Over the last few years the pressure and threats from the Chinese authorities as a result of my reporting here have been pretty constant,” Sudworth told BBC radio.

“But in recent months they have intensified, the BBC has faced a full-on propaganda attack not just aimed at the organisation itself but at me personally, across multiple Communist Party-controlled platforms.”

The Global Times, a state-owned newspaper, reported Sudworth, “who became infamous in China for his many biased stories distorting China’s Xinjiang policies and COVID-19 responses, has left the Chinese mainland and is now believed to be hiding in Taiwan”.

State media have reported residents in Xinjiang are preparing to sue BBC over its reports on the region.

“This is an entirely private action, and has nothing to do with the Chinese government,” Foreign Ministry spokeswoman Hua Chunying said.

“Nor have we heard of any Chinese government department threatening him. If John Sudworth believes that his report is fair and objective, then he should be brave and respond to the lawsuit instead of being afraid.”

Sudworth's departure comes amid a chill in relations between China and Western nations, including Britain and Australia, over alleged human rights abuses in Xinjiang and Beijing’s restrictions of political freedoms in Hong Kong.

Pressure on foreign journalists working in China has increased in the past year.

China expelled 18 journalists working for The New York Times, The Wall Street Journal and The Washington Post in 2020.

Most were in response to US moves to force Chinese state media to reduce their staff in America.