This superhero is now totally out.Batwoman, played by Ruby Rose, revealed to Gotham City that she’s a lesbian in Sunday’s episode of the CW series “Batwoman.”In the midseason premiere ― titled “How Queer Everything Is Toda…

This superhero is now totally out.

Batwoman, played by Ruby Rose, revealed to Gotham City that she’s a lesbian in Sunday’s episode of the CW series “Batwoman.”

In the midseason premiere ― titled “How Queer Everything Is Today!” ― Batwoman weighs whether to divulge her sexuality because doing so might give away her true identity as Kate Kane. She ultimately decides to come out publicly after meeting a queer teen whose parents don’t accept her sexual identity. Batwoman concludes that being an LGBTQ crime-fighter could have a positive influence on many people.

The news was revealed on the show in a CatCo magazine interview written by Kara Danvers, aka Supergirl (Melissa Benoist), Deadline reported. 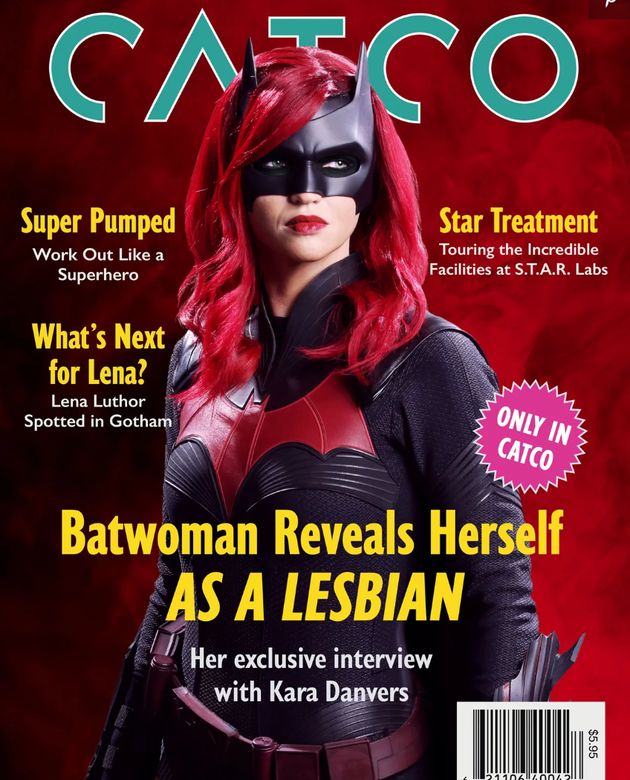 “For me, it was so important for this character to stand in her truth,” series showrunner Caroline Dries told Entertainment Weekly. “The girl underneath the costume is so comfortable with who she is and so comfortable with being truthful, and she never really has been in the closet.”

The show premiered in October, following reports that “Batwoman” would be the first superhero live-action TV series to feature a gay or lesbian title character.

The CW described the Batwoman portrayed by Rose ― a former “Orange Is The New Black” star who identifies as gender fluid ― as “an out lesbian and trained street fighter primed to snuff out [Gotham City’s] criminal resurgence. But don’t call her a hero yet. In a city desperate for a savior, Kate must overcome her own demons before embracing the call to be Gotham’s symbol of hope.”